Michael Valva's eight-year-old son, Thomas, died after being forced to sleep in a garage with no heat in January 2020. 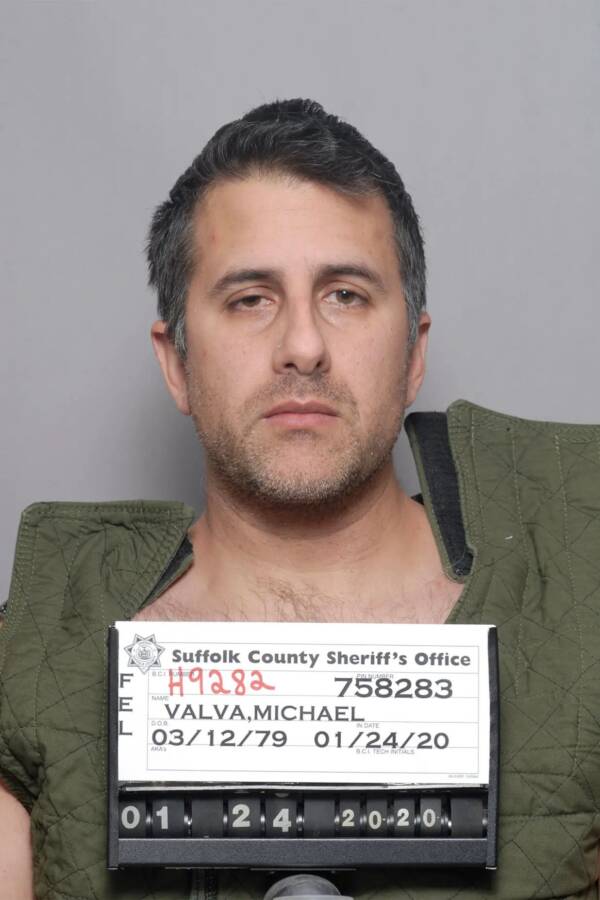 Suffolk County Sheriff Michael Valva expressed remorse for his actions at his trial.

In January 2020, former NYPD officer Michael Valva called 911 and reported that his son, Thomas, had fallen and hit his head. But after Thomas died, the horrifying truth came out. The 8-year-old had not fallen but had died after being forced to spend the night in a freezing garage at Valva’s Suffolk County, Long Island, home.

Now, Valva has been sentenced to 25 years to life for Thomas’ murder.

“This was the most stressful trial I’ve ever been a part of as either a lawyer or a judge,” Judge William Condon said after handing down Valva’s sentence at Suffolk Criminal Court in Riverhead, New York, according to the New York Post. “Everybody who took part in this trial lost sleep, didn’t eat, had nightmares — it was difficult for everyone.”

As established at Valva’s trial, he had routinely abused both Thomas and his 10-year-old brother, Anthony. Thomas was so emaciated that he ate crumbs off the ground at school, the New York Post reports, alarming school administrators who reached out to Child Protective Services multiple times.

They suspected, but didn’t know, the extent of Valva’s abuse of the boys at home. CNN reports that both boys were forced to sleep in the family’s freezing garage for months. Thomas and Anthony, both on the spectrum, had no heat, bathroom access, blankets, or mattresses.

On Jan. 17, 2020, Thomas soiled himself while sleeping in the garage. As surveillance footage revealed, Valva dragged his son outside, hosed him down despite the cold winter temperatures, and didn’t render aid when Thomas collapsed and fell onto the concrete patio multiple times. 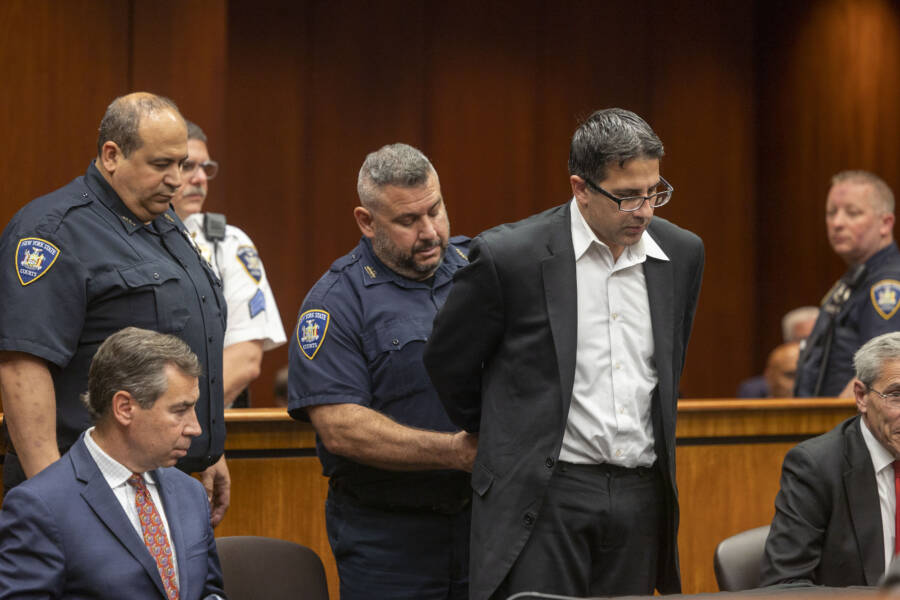 After an hour, he called 911 and lied about what had happened.

“My name is Michael,” Michael Valva said. “I’m a police officer with the City of New York. My son, I don’t know if he’s breathing or not. I don’t know if his heart stopped. He fell down on his way to the bus. He banged his head pretty good. I brought him in. I’m doing CPR right now.”

At the hospital, Thomas’ body temperature was 76 degrees — 20 degrees lower than normal. He died, and an emergency worker who tried to save his life later testified that Valva had “no emotion, no sense of concern.”

Both Michael Valva and his ex-fiancée Angela Polina, who lived with him and his sons at the time, were arrested, according to CBS News. 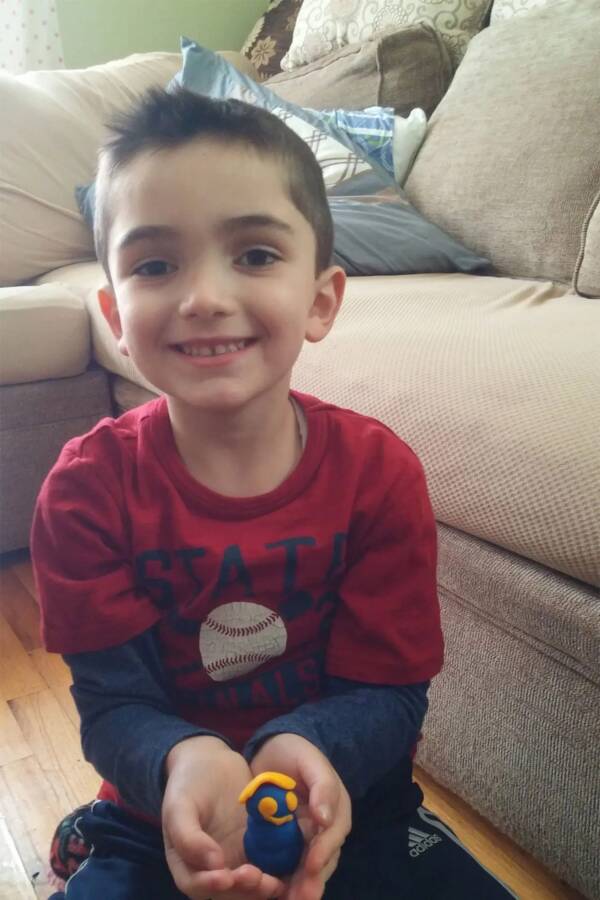 TwitterThomas Valva was just eight years old when he died.

At his sentencing, Valva expressed remorse over what had happened.

“I have already sentenced myself to a life of extreme remorse, loss, and grief,” he said, according to the New York Post. “I am regretful and ashamed, heartbroken and grief-stricken. I loved Thomas with all my heart.”

Valva added: “I terribly failed my boys, instead of providing them with unconditional love and support. My actions were neglectful and abusive to my boys, resulting in the tragic death of Thomas.”

Though the judge recognized Valva’s remorse, he also chided him for not providing his sons with a safe home. “Rather than be his children’s protector he was a warden who starved and repeatedly punished,” Condon said.

Some jurors, however, were not as charitable. They believed that Valva seemed unremorseful — and believed he’d gotten what he deserved.

“I think a lot of those tears was the fact that he knows he’s going to be in prison for the rest of his life. He showed no emotion at all at the trial,” juror Scott Krusen told the New York Post.

“We all came to see closure. We wanted to make sure that this man got the absolute biggest sentence that he could under the law,” Malloy told the New York Post, adding: “He convicted him. We didn’t convict him.”

With Michael Valva behind bars, the eye of the law will next turn to his ex-fiancée. CBS News reports that Angela Polina will stand trial for her role in Thomas’s death in February 2023.

After reading about Michael Valva, the former NYPD officer found guilty of killing his eight-year-old son, learn about the NYPD officer who went to prison after murdering eight people on behalf of the mob. Or, see how Michael Dowd became the most corrupt cop in New York City.