Meet Biscuits And Gravy, The Kitten That Was Just Born With Two Faces

Although two-faced cats — known as Janus cats — don't typically live for long, the owners hope to keep the kitten if it survives. 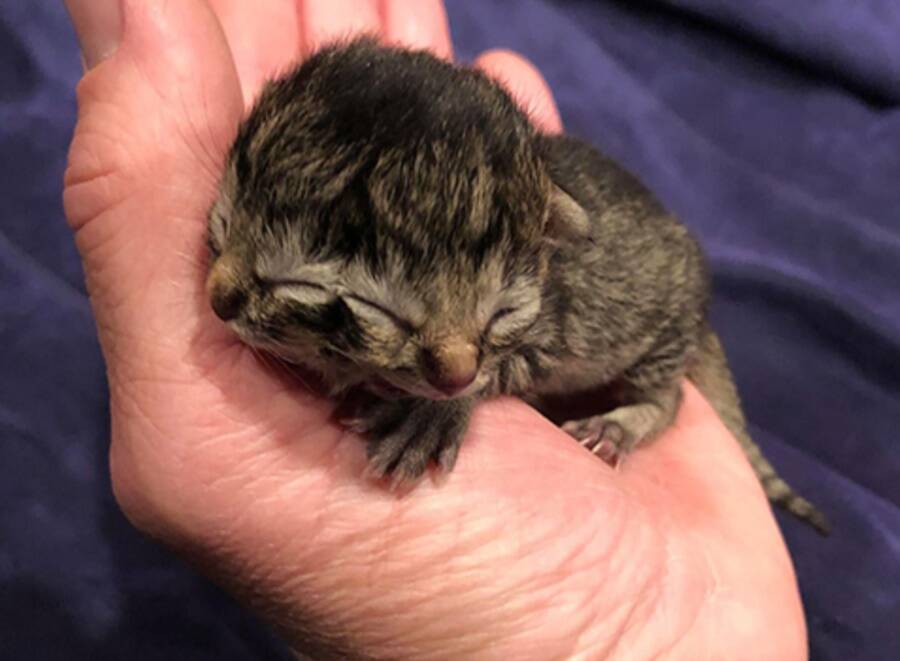 BJ KingBiscuits and Gravy, the two-faced tabby born in Oregon in May 2020.

When the King family of Oregon woke up on May 20, 2020, they were greeted with a miraculous surprise. Among their family cat’s new litter of kittens was one dark-furred tabby with what appeared to be two faces — that’s right, two faces on one cat.

According to local Portland news station KOIN-TV, the two-faced kitten was part of a six-kitten litter that had been birthed overnight. The family, after recovering from their initial shock, decided to name the unique furball Biscuits and Gravy. They call it Biscuit for short.

Mom Kyla King was the first to discover the unusual newborn when she approached the crate to check on their pregnant cat who had gone into labor the night before. She was glad to find a seemingly healthy litter of four kittens near the mother cat’s body. But then she suddenly noticed two more newborns hiding behind the mother.

When she picked them up to place them closer to their siblings, she found one of them had two faces on its head. Alarmed, she quickly texted her husband, BJ, to tell him the news, writing “We have 6-1/3 kitty cats now!”

At the suggestion of their young daughter, the Kings shared a photo of the rare two-faced kitten on social media and posted it on their local community news page, Albany Happenings. 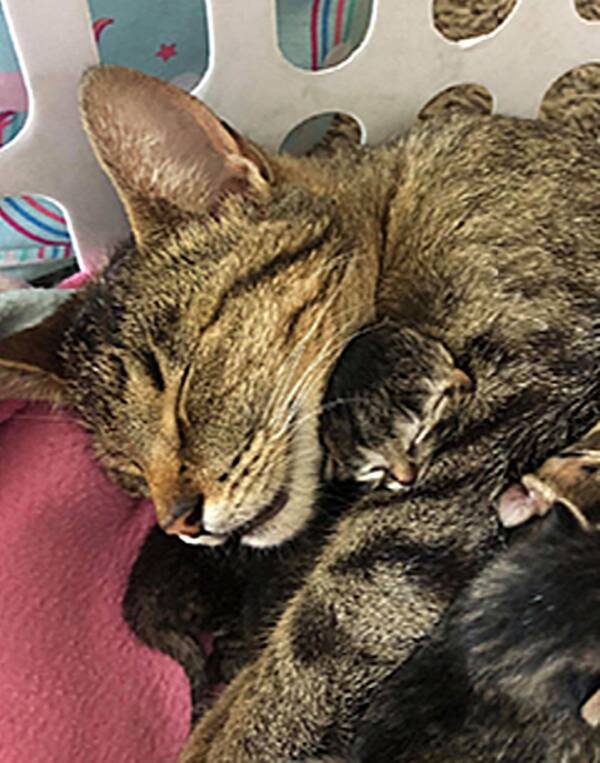 BJ KingThe family hopes to keep the two-faced kitten if it survives.

“I said we’ll probably get a little bit of reaction out of this and it took off really fast,” BJ said.

To make sure they were giving their two-faced kitten the proper care it needed, the family consulted with their veterinarian who explained that there wasn’t much the family could do about little Biscuit’s condition. All they could do was care for it like any other kitten.

Two-faced cats are known as “Janus cats,” a name derived from the Roman god with two faces. Their condition is called craniofacial duplication which stems from an excess of the “sonic hedgehog” protein which plays a big role in the physical development of animals.

Although Janus cats are not unheard of, they’re still rare. Besides not having an identifiable sex, their congenital defect can sadly contribute to a number of health problems which is why these kittens typically don’t survive for more than a week. Biscuit is only two days old which means it might only have several days left with the King family.

Since Biscuit’s eyes are still closed — kittens open are able to open their eyes about a week after they are born — it’s hard to tell whether it has three eyes with one shared between the faces or whether there are two sets of separate eyes.

It does have two mouths. So far, the family has seen the kitten capable of feeding through one mouth while voicing tiny meows out of the other. However, that has also caused some problems for feeding.

The longest-surviving Janus cat was Frankie and Louie who died in 2014.

“It doesn’t really know how to nurse properly because it has two mouths so I’ve been trying to feed it,” Kyla said. “And, I mean, I’m gonna do the best I can but these animals don’t usually live too long.”

The family also shared that Biscuit’s left-face seems to be stronger than its right-face. Additionally, the extra features make the kitten’s head a bit too big for its tiny body to carry.

The family said Kyla has been bottle feeding Biscuit and keeping it warm by tucking it into her shirt at night while it sleeps, and keeping a close eye on the fragile kitten. So far, Biscuit seems to be pulling through.

“We’re not super optimistic but it does seem pretty lively and has an appetite and seems to be doing pretty well,” BJ said.

It’s possible that Biscuit could defeat the odds of his condition. A Janus cat named Frank and Louie lived until the age of 15. After he passed away in 2014, the Guinness Book of World Records named him the world’s longest surviving Janus cat.

Now that you’ve followed Biscuits and Gravy’s incredible story, meet Dymka, the bionic cat whose frostbitten paws were replaced with titanium ones. Then, read about the grieving cat owner who spent $35,000 to create China’s first cloned kitten.