Was Typhoid Mary A Reckless Superspreader Or A Tragic Victim?

Go inside the sad story of "Typhoid Mary" Mallon, an Irish American cook who was found to be "patient zero" during a typhoid epidemic in early 1900s New York.

Mallon was a working-class Irish immigrant who became a national sensation after she was discovered to be an asymptomatic carrier of typhoid in New York City in the early 1900s. Though she infected over 50 people and caused three deaths, she never believed in her diagnosis. 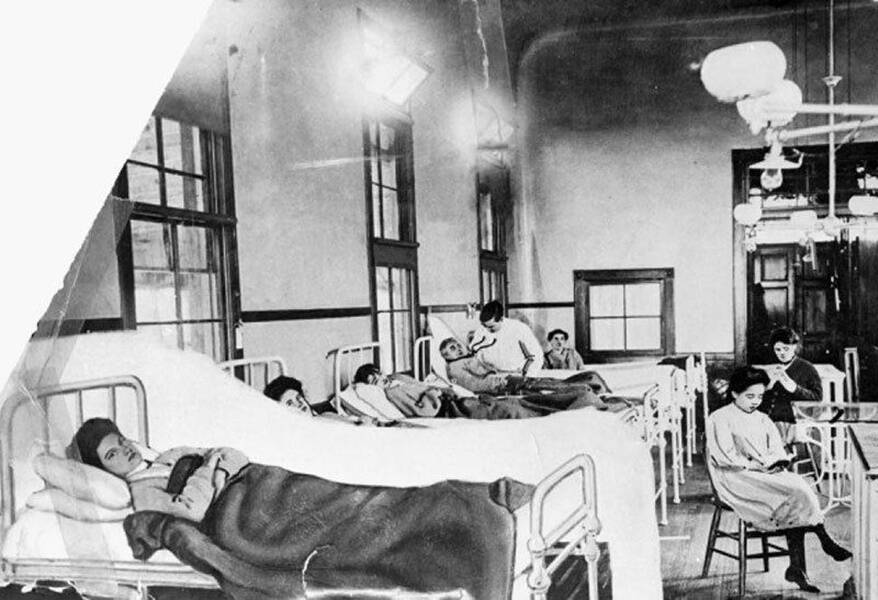 Wikimedia CommonsMary Mallon (foreground) became known as Typhoid Mary after she was discovered as an asymptomatic carrier of the disease.

She resisted a government-ordered quarantine but was ultimately forced into isolation twice, for a total of 26 years.

A century later, the question still remains: Was Typhoid Mary a reckless superspreader, or was she targeted by an unjust system?

The State Of Bacteriology In The Time Of Typhoid Mary 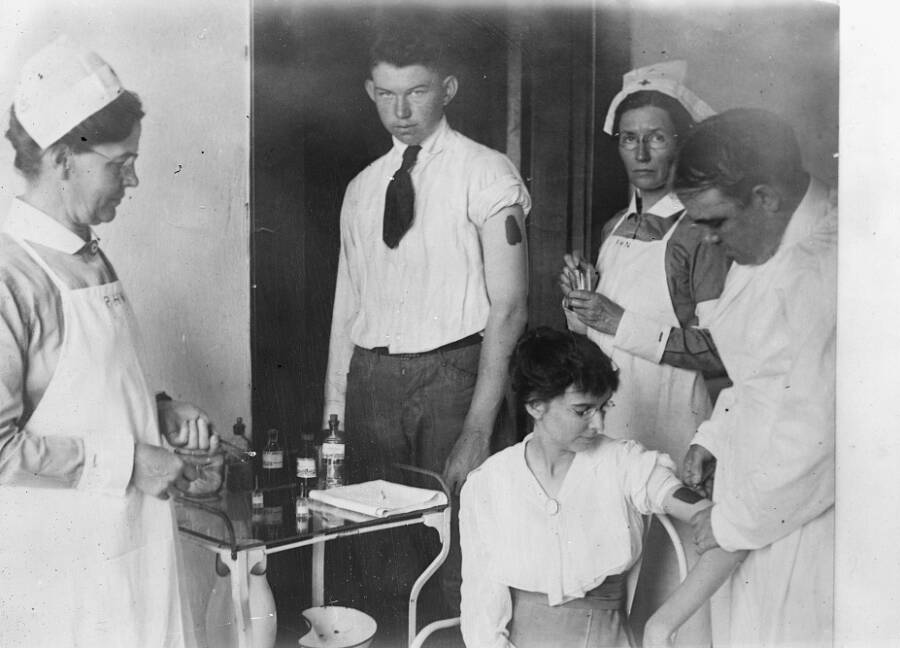 Library of CongressThe first vaccine for typhoid fever wasn’t released to the public until 1914.

Mary Mallon was born in Ireland in 1869 and emigrated to the United States in 1884. During this period, scientists made great strides in understanding typhoid fever and the bacteria that caused it. However, the general population lacked much of the basic knowledge about infectious diseases that we take for granted today.

In 1879, German pathologist Karl Joseph Eberth was the first to discover the bacillus Salmonella typhi, which infects the intestines and blood, causing typhoid fever. Later, his discovery was verified by other bacteriologists.

The bacillus genus Salmonella, however, was named after Daniel Elmer Salmon, an American veterinary pathologist who administered the USDA research program on typhoid fever.

Doctors determined typhoid fever could spread through contaminated water or food sources. Since Salmonella typhi is shed from the body through feces, an infected person can also easily transmit the disease if they prepare food with dirty or unwashed hands, a fact unknown to experts at the time.

Indeed, the science of bacteriology was rapidly progressing in the early 20th century. But there was not yet enough progress to understand the different ways contagious diseases like typhoid fever can spread. The idea of “healthy carriers” of disease was unimaginable.

Doctors had not yet discovered healthy carriers or asymptomatic carriers, meaning people who are infected with the disease but do not display any symptoms. This changed after a civil engineer named George Soper, who had experience in solving typhoid fever outbreaks, was tasked to determine the source of a mysterious outbreak at Oyster Bay, Long Island. 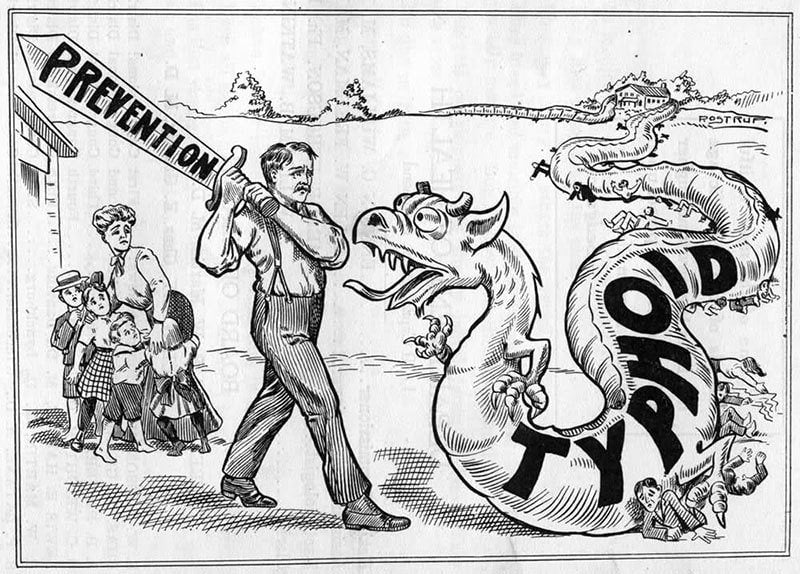 VCU Tompkins-McCaw Library Special Collections/FlickrA 1908 illustration promoting the prevention of typhoid as a proactive method to combat the disease.

In the summer of 1906, New York banker Charles Henry Warren rented out his estate at Oyster Bay to the well-to-do family of George Thompson. Soon after, the entire family and the estate’s hired help fell ill with typhoid fever, a disease that was, at the time, believed to be linked with poverty and filth. By early autumn, six of the 11 people in the house were sick.

At the time, typhoid fever had a death rate of about 10 percent. Vaccinations against the disease wouldn’t be publicly available until 1914, and an effective antibiotic treatment wasn’t developed until 1948. Without a vaccine or a cure, typhoid fever was a truly deadly disease.

Warren, afraid his estate was contaminated with the typhoid bacillus, hired Soper to investigate the cause of the outbreak. It didn’t take long before Soper suspected that the presence of a new house cook was connected to the sudden outbreak.

Who Was Typhoid Mary? 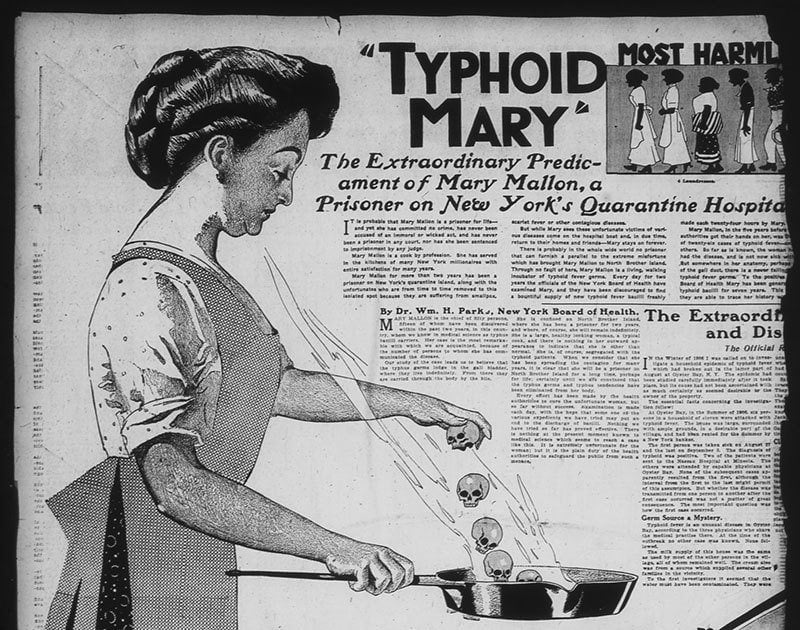 Hellenic Society of GastroenterologyNewspaper article about Mary Mallon or “Typhoid Mary” as an asymptomatic carrier of typhoid fever.

Typhoid Mary’s real name was Mary Mallon, an Irish immigrant who first came to the U.S. as a teenager. To make ends meet, Mallon held a number of domestic jobs, often as a household cook. In 1906, she was hired as a cook at Warren’s estate where the Thompson family fell ill. She left after the household outbreak.

Soper, who was in the midst of investigating the Oyster Bay outbreak, became suspicious that Mallon’s presence could have something to do with it. Soper’s hypothesis was reinforced after he traced Mallon’s employment history.

Over the previous seven years, Mallon’s employers had all suffered similar outbreaks of typhoid fever in their homes after hiring her. At her seven former employers, 22 people had become ill. One young girl had died of typhoid fever shortly after Mallon started cooking for the family.

Still, Soper needed to analyze samples of Mallon’s blood and stool to conclusively determine that the unsuspecting cook was indeed contributing to the typhoid outbreaks.

In 1907, he tracked Mallon to her new job as a cook for Walter Bowen’s family. Desperate to get Mallon’s biosamples, Soper confronted Mallon about his suspicions.

The encounter went horribly as told through Soper’s own account:

“I had my first talk with Mary in the kitchen of this house…I was as diplomatic as possible, but I had to say I suspected her of making people sick and that I wanted specimens of her urine, feces and blood. It did not take Mary long to react to this suggestion. She seized a carving fork and advanced in my direction. I passed rapidly down the long narrow hall, through the tall iron gate…and so to the sidewalk. I felt rather lucky to escape.”

Soper eventually took his research and suspicion that Mary Mallon could silently spread the disease to the New York City Health Department.

Digital History ProjectNorth Brother Island, where Mary Mallon was kept in isolation until her death.

Mallon resisted authorities who tried to bring her in for testing. She led them on a wild goose chase around her property before she was finally discovered hiding inside a closet.

“There was nothing I could do but take her with us. The policemen lifted her into the ambulance and I literally sat on her all the way to the hospital; it was like being in a cage with an angry lion,” recalled S. Josephine Baker, a doctor with the city’s health department tasked with retrieving Mallon’s blood and stool samples.

Mallon refuted Soper’s claims, which identified her as the first “healthy carrier” of the fever, insisting she was never infected by the disease. But Mallon’s samples confirmed the presence of the bacillus in her body and proved Soper’s hypothesis.

The government arrested Mallon, placing her in a forced quarantine in a small cottage on North Brother Island in the name of public safety.

Mary Mallon’s Lawsuit Against The Government

The nickname Typhoid Mary is now used to described people who exhibit reckless behavior that endangers the public.

Mallon became widely known as the first “healthy carrier” of typhoid. Therefore, Soper stipulated, the former cook was a danger to society since she could still spread typhoid fever to others.

News of Mallon’s status as a carrier spread as newspapers dubbed her “Typhoid Mary.” One news illustration depicted her casually dropping miniature human skulls into a skillet, insinuating that Mallon had intentionally spread the disease through her cooking.

Despite evidence to the contrary, Mallon believed she did not have the disease and the government had detained her without reason. So, in 1909, after spending two years isolated on North Brother Island, Mallon sued the city’s health department.

During her confinement, she was unsuccessfully treated with various drugs and remedies such as hexamethylenamin, urotropin, laxatives, and brewer’s yeast. Officials also offered to remove her gallbladder, which she refused. 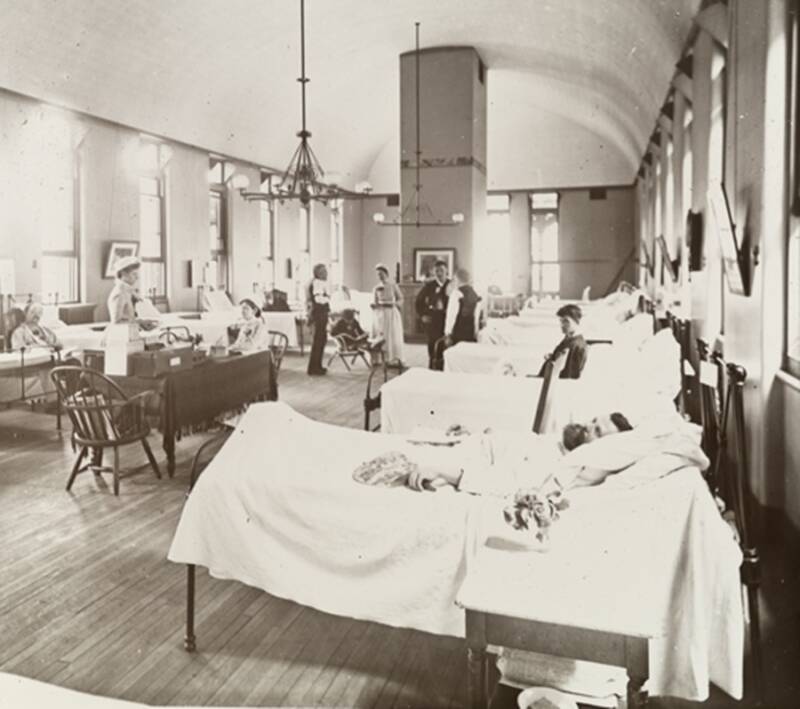 Museum of the City of New York
Mary Mallon’s case is often mentioned in discussions on public health and civil liberties.

In preparation for the trial, “Typhoid Mary” sent biosamples to a private lab where all her tests came back negative for typhoid. The results only strengthened her conviction that she had been wrongly accused of infecting other people with the disease.

“This contention that I am a perpetual menace in the spread of typhoid germs is not true… I am an innocent human being. I have committed no crime and I am treated like an outcast — a criminal. It is unjust, outrageous, uncivilized.”

Typhoid Mary lost her case against the health department but was released from quarantine by the health board in 1910 on the condition that she never work as a cook again. Still convinced she was not a carrier of the dangerous illness and unable to find other work, Mallon applied as a cook under the alias Mrs. Brown.

As a result, 25 people were infected, two of whom died, before she was discovered in January 1915. The state was forced to quarantine her again at North Brother Island. She stayed on the island until she suffered a stroke, which left her paralyzed until her death on Nov. 11, 1938. 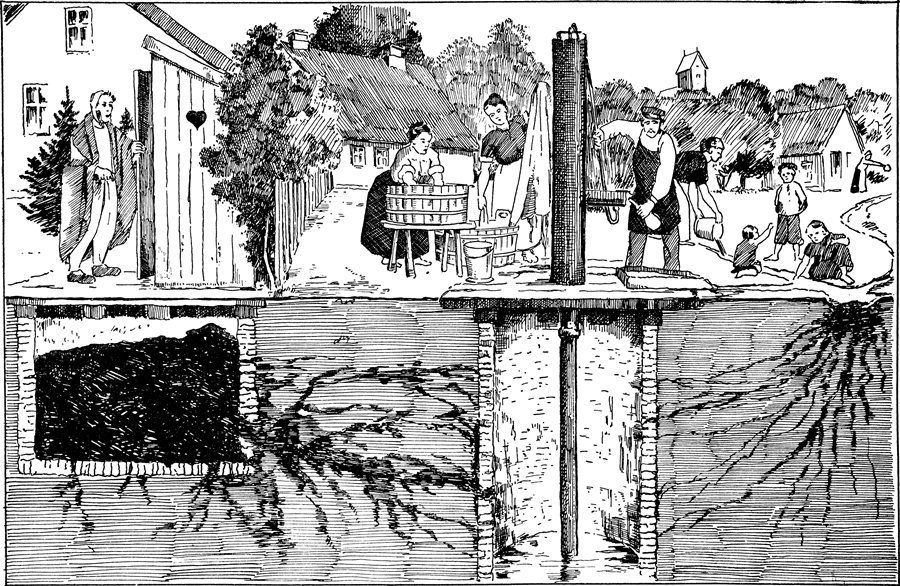 In all, Mallon infected about 51 people with the disease, causing at least three deaths. Now the moniker “Typhoid Mary” commonly describes people who display reckless behavior that endangers other people.

Although she exhibited careless behavior to an extent, Typhoid Mary, as she was derogatorily called, was not sufficiently educated about the severity of her condition. Moreover, she was hardly the only asymptomatic typhoid carrier discovered at the time nor the only infected person to break quarantine law. Another carrier named Tony Labella exposed a whopping 122 people to the disease, five of whom lost their lives. 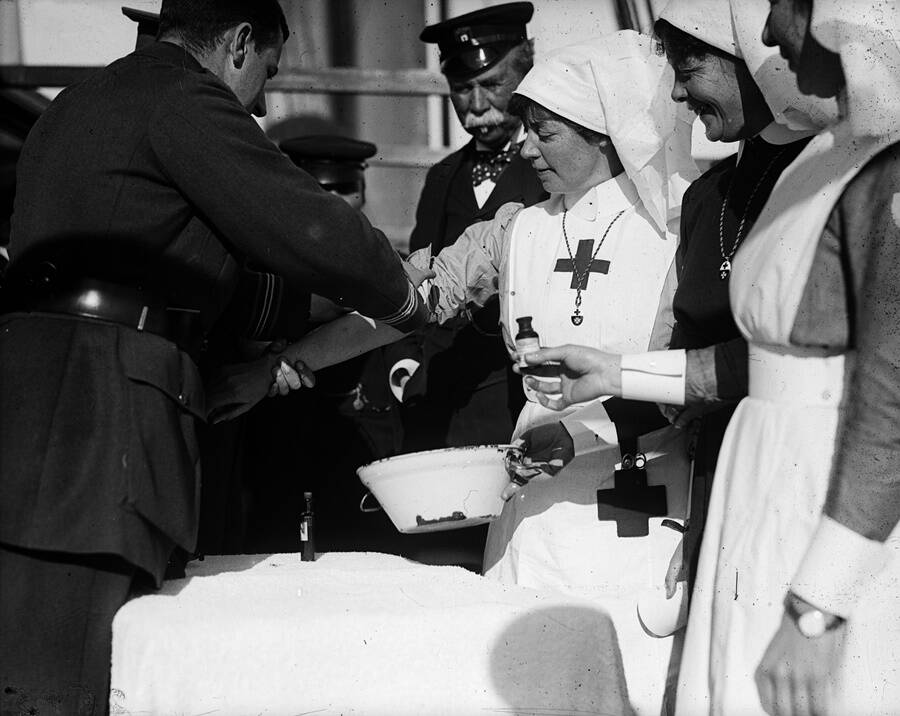 Meanwhile, bakery owner Alphonse Cotils, who was told not to prepare food for other people, was caught by authorities still serving customers directly. Cotils was released after he promised to conduct his business over the phone.

So why was Mary Mallon the only one prosecuted for her reckless actions? Historians like Judith Leavitt, author of Typhoid Mary: Captive To The Public’s Health, believe prejudices against her identity as an Irish immigrant and as a woman combined with her aggressive demeanor contributed to the extreme treatment she faced.

But if there is one silver lining to her legacy, it is that the name Typhoid Mary is also evoked in modern-day conversations related to the overlap between public health and individual civil liberties.

Now that you’ve learned the true story of Mary Mallon, better known as “Typhoid Mary,” take a look inside the devastating 1918 Spanish Flu pandemic that left 50 million dead. Then, discover what started the 14th century Black Plague that wiped out half of Europe.