Unlocking The Mysteries Of Ulfberht Swords, The All-Powerful Viking Swords

See the all-powerful Ulfberht swords and discover how their makers might have been able to build a blade so strong that it still baffles experts. 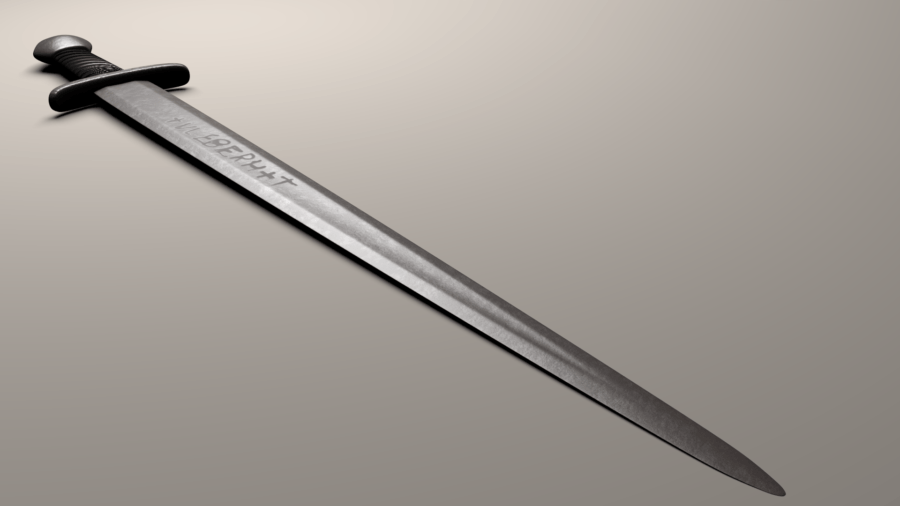 When you think of medieval warfare, we think of swords. In the age before gunpowder, the best way to kill your enemy was usually just to stab him with a big hunk of steel.

But if you think that everyone was using swords, you might be a little off-base. Even if you tried to equip an entire army with swords, you would have quickly run into the biggest problem associated with warfare no matter the era: money.

Swords were incredibly expensive. Depending on where you lived, a good sword could cost about $1,200 to $24,000 in today’s money. Of course, it’s hard to directly translate the cost between the medieval period and today, simply because the economy worked so differently. But the bottom line is if you wanted a good sword, it wasn’t cheap.

But what if you wanted a really good sword? A sword that was so much better than everything else of its era that it was almost mythical? Then you needed an Ulfberht. And you had better bring some serious cash.

The Ulfberht swords, largely associated with Vikings, were basically like the Ferraris of their time. They were a symbol of wealth, status, and they would perform better than what most other people were using.

These swords were said to have been sharper, stronger, and more flexible than anyone else’s. That gave the user a huge advantage in battle. You could block an enemy’s sword and trust that your blade wouldn’t shatter, which was a constant concern. And in an era where the best warriors wore mail coats, an Ulfberht sword would slice through that protection better than other swords.

It was the closest thing to a lightsaber in medieval Europe. And that’s actually a better comparison than you might think. That’s because the process used to make Ulfberht swords was centuries ahead of the competition. In fact, it wouldn’t be possible to replicate it on a large scale until the industrial revolution. 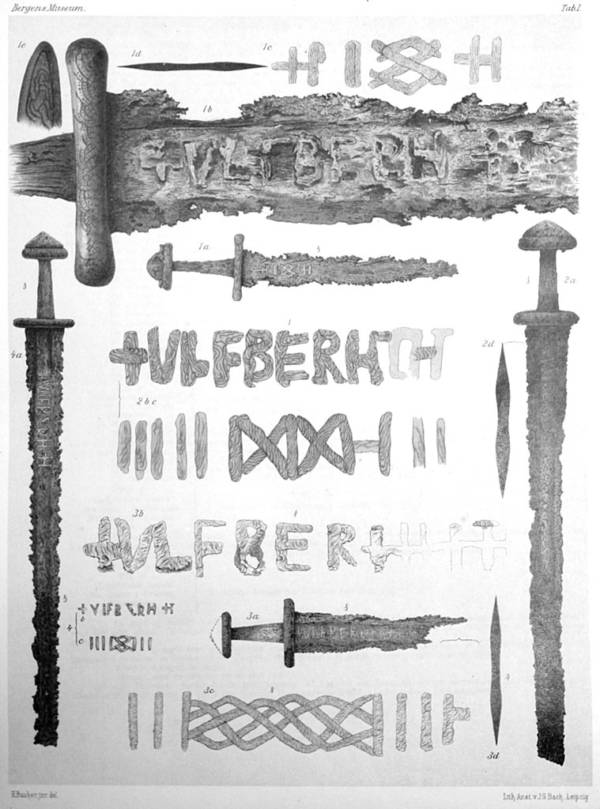 The secret to Ulfberht swords was the distribution of carbon in the blade. Steel swords were made by mixing iron and carbon to produce steel. Add too much carbon and the sword becomes brittle and breaks. Add too little, and it will just bend. The Ulfberht swords used the perfect amount to produce blades that were sharper and more durable than anyone else’s.

But we’re still not entirely sure how the makers did that, though it may have involved borrowing some the techniques used by Arab smiths to produce the famous “Damascus Steel.”

The process involved using trace amounts of other minerals and heating them together with iron and carbon in a crucible to produce first-rate steel. And getting these materials from as far as India involved a global trade network you don’t usually associate with the period.

Were the makers of the Ulfberht swords using the same techniques? Possibly. If not, then they somehow produced something very similar to Damascus Steel on their own, with almost no impurities in the metal. And they quickly became famous, and probably rich, for it.

Most likely, steel was shipped up from the Arab empires or India through the rivers of Eastern Europe by traders. There, they were turned into swords in what is now Germany. Then they were sold to Norse and Frankish nobles who wanted a quality blade to use against their enemies. It’s hard to say exactly what an Ulfberht cost, but it was probably something only the richest noblemen could afford.

There are about 170 true Ulfberht swords that have survived to the present day. They’re all in the traditional “Viking” style with a long, double-edged blade and a straight crossbar over the grip and all of them have the name “Ulfberht” stamped into the blade. Whoever was making the swords clearly understood the importance of branding.

But like any modern brand, the Ulfberht brand was quickly beset with imitators. Because Ulfberht swords were so famous, other people soon realized they could sell their swords for more by stamping the Ulfberht name on the blade, even if they didn’t use the same techniques. And since the people who bought these swords were relying on them for battle, this had deadly consequences.

Ulfberht is itself a Frankish personal name. That might imply that the original inventor was a man named Ulfberht. But since the swords were made for about 200 years, he certainly wasn’t the only one producing them.

And because there are so many imitation swords out there, figuring out who originally created the mythic Ulfberht swords or where they did it has baffled archeologists for decades, and will likely long remain a mystery.

After this look at Ulfberht swords, check out some facts about Vikings that will upend your assumptions. Then, see footage of the shocking 1960 assassination of Japanese politician Inejiro Asanuma by samurai sword while television cameras were rolling.