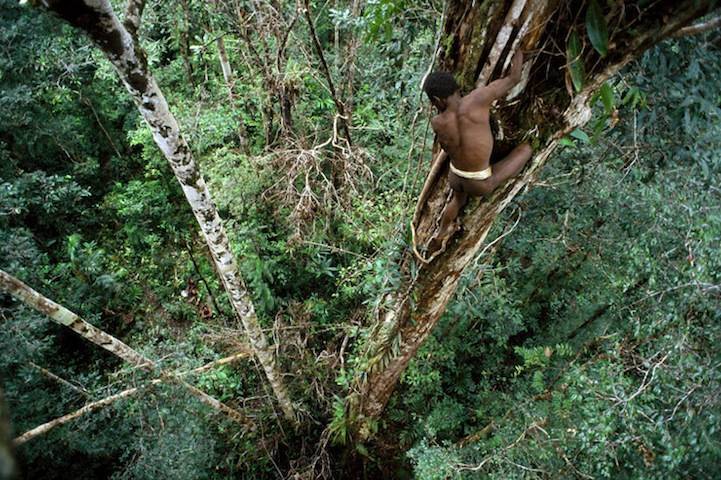 Wikimedia CommonsThe Korowai have evolved to have somewhat splayed feet. This helps them climb trees, where their homes are located.

Only since the 1970s has the modern world known about the Korowai, jungle tree-dwellers of southeastern Papua, New Guinea that number between 3,000 and 4,000 people and one of the world’s larger uncontacted tribes.

The Korowai are one of the last uncontacted tribes (well, virtually uncontacted) thought to practice cannibalism, or to have recently practiced it in the recent past. Korowai tradition states there are witches called “khakhua” that take over men’s bodies, and can only be expelled by killing the man and eating him.

However, the incidence of cannibalism may now be waning due to tribal ambivalence and outside intervention.

Paul Raffaele, a journalist who traveled to New Guinea to speak with and observe the tribe, says a Korowai named Boas told him the following: “I ask Boas whether the Korowai eat people for any other reason or eat the bodies of enemies they’ve killed in battle. ‘Of course not,’ he replies, giving me a funny look. ‘We don’t eat humans, we only eat khakhua.'”

The death rate among the Korowai is very high; they have no medicines to heal battle wounds or protect against disease. It’s rare for a member of the tribe to live past middle age. They know very little about ailments and germs, and so mysterious deaths are often attributed to the khakhua.