The same handful of photos are often used to exemplify generational conditions. These underrated iconic photos create a fuller picture. 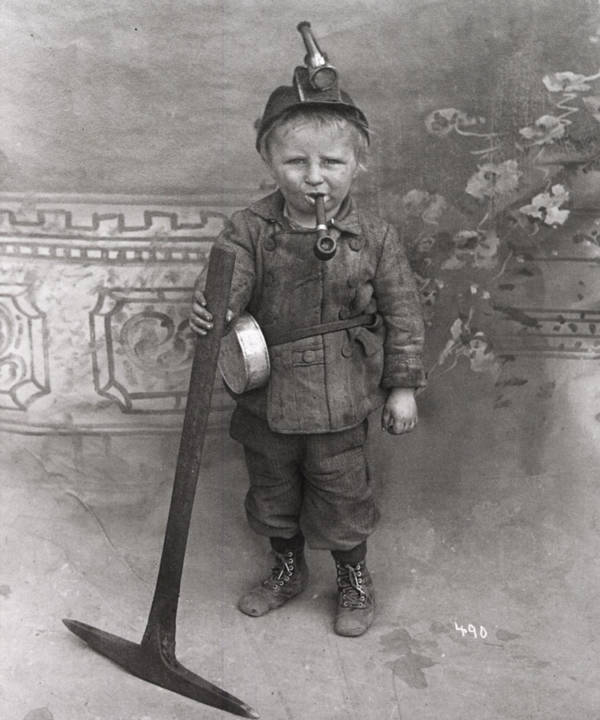 While scenes like this weren't that commonplace — an 1885 law required boys to be at least 12 years old to work in coal breakers, and 14 to work in mines — the photo presents a stark reminder of the popularity of child labor in the early twentieth century.

In the early 1900s, one million children aged 10-15 were already hard at work – either in factories or on farms. Photographer unknown/Flickr 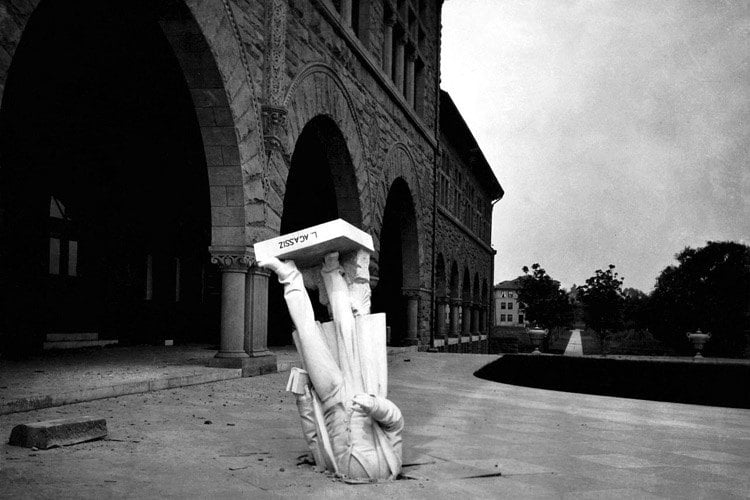 The Great San Francisco Earthquake of 1906 remains the greatest loss of life from a natural disaster in California's history — and high in the lists of American urban disasters. It tossed Stanford College’s statue of Swiss naturalist Louis Agassiz from a second story ledge, and headfirst into the concrete.

The statue was embedded to the hips, but only Agassiz’s nose broke during the event. The statue was later repaired, and (more securely) re-attached to the building. MENDENHALL/Wikipedia 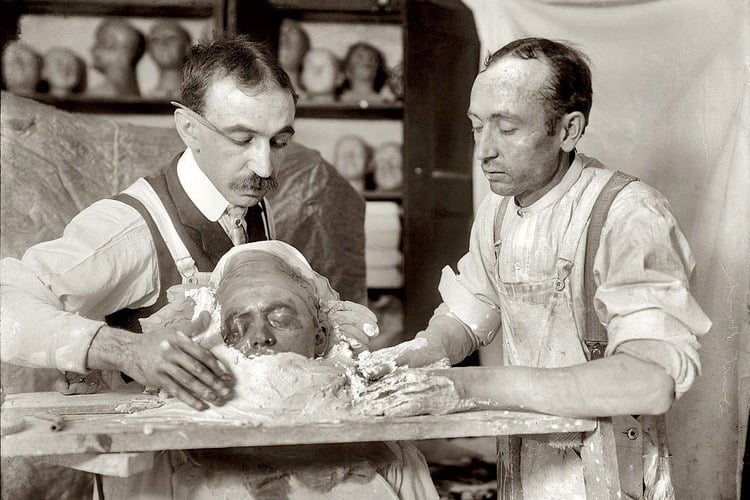 In the early 20th century, individuals would sometimes elect to have death masks made of the recently deceased. The plaster casts were used as mementos or sometimes as a model to paint a posthumous portrait. If the death resulted from severe injury to the head, the bereaved would have casts of hands made instead.

Aviator Hélène Dutrieu seated in her airplane in 1911. Dutrieu was not only the pioneer aviator known as “girl hawk;” she was also a cyclist, stunt motorcyclist, racer, and a wartime ambulance driver.

The polymath left school at 14 to pursue her cycling career, and at age 16 earned the women's world record for distance cycled in one hour.Bain News Service/Wikipedia 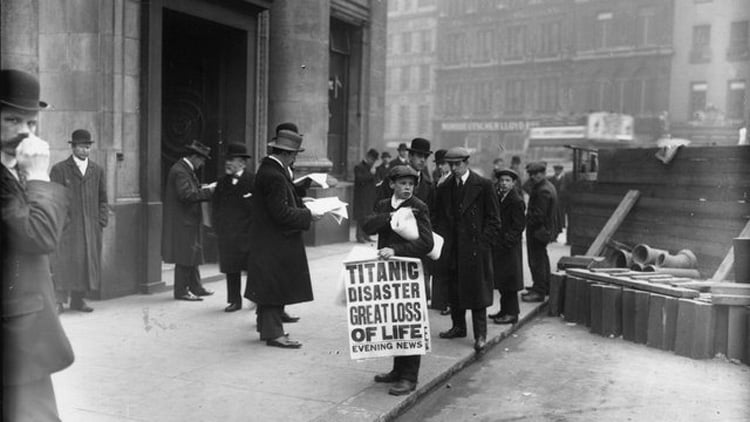 A paperboy holds crushing news about the 1912 Titanic disaster outside the Oceanic House offices of White Star Line, the owner of the Titanic.

Edward (Ned) John Parfett, the boy holding the paper in the iconic image, would be killed in World War I — less than six years later — at the age of 22.Photographer unknown/Iconic Photos 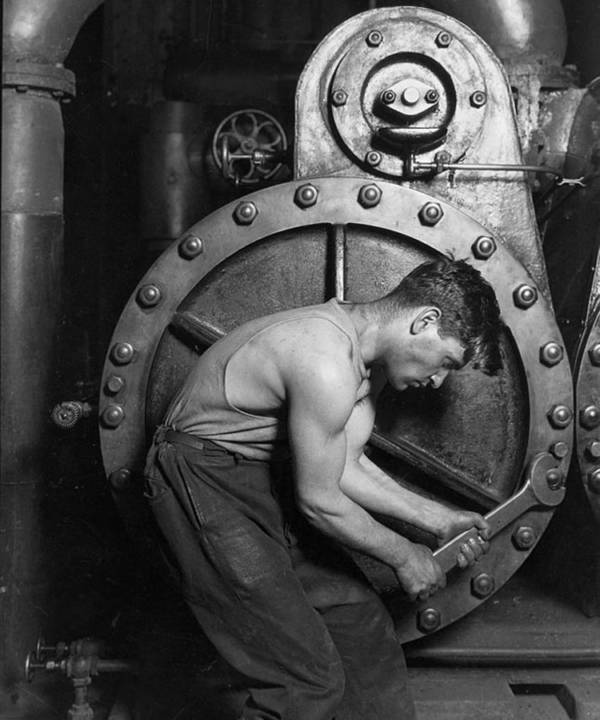 Titled “Power house mechanic working on steam pump,” Lewis Hine's 1920 photo is one of his "work portraits," which shows a working class American in an industrial setting. The carefully posed subject, a young man with wrench in hand, hunches over, surrounded by the machinery that defines his job and much of early 20th century economic growth. Lewis Hine/Wikipedia 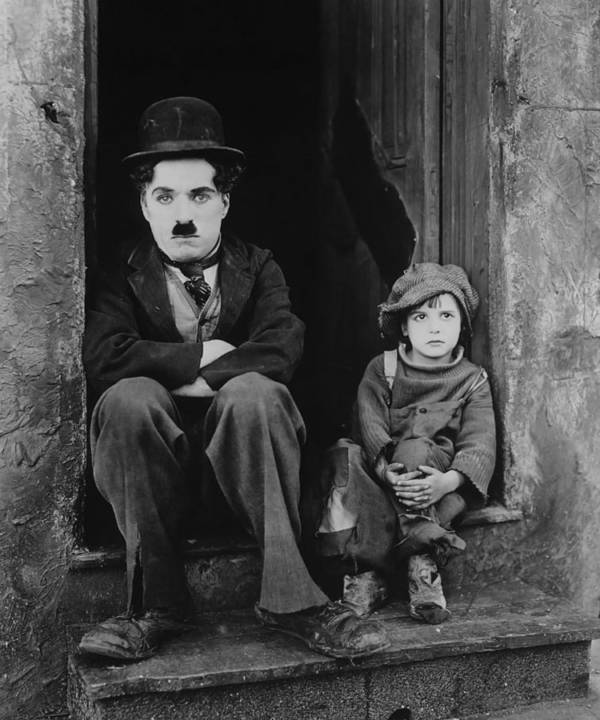 This publicity photo from Charlie Chaplin's 1921 movie "The Kid" marks Chaplin’s first full-length movie. He also wrote, produced, and directed the film, which critics consider to be one of the greatest achievements of the silent film era.

In 1921, the year of its release, "The Kid" It was the second-highest-grossing film. James Willis Sayre/Wikipedia 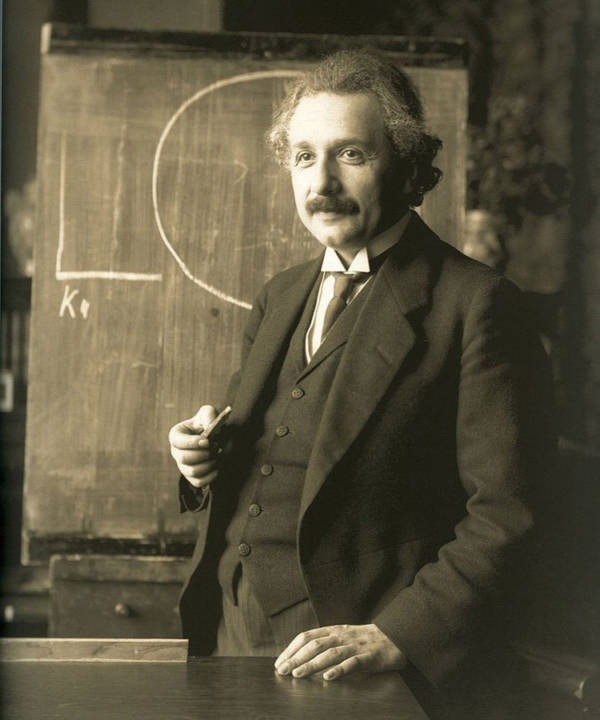 Albert Einstein photographed during a lecture in Vienna in 1921. Einstein was without doubt one of the greatest minds of the twentieth century. Surprisingly, his Nobel Prize was not for his “theory of relativity" but for his work in helping explain the photoelectric effect — a phenomenon in which metals emit electrons when hit by light. Ferdinand Schmutzer/Wikipedia 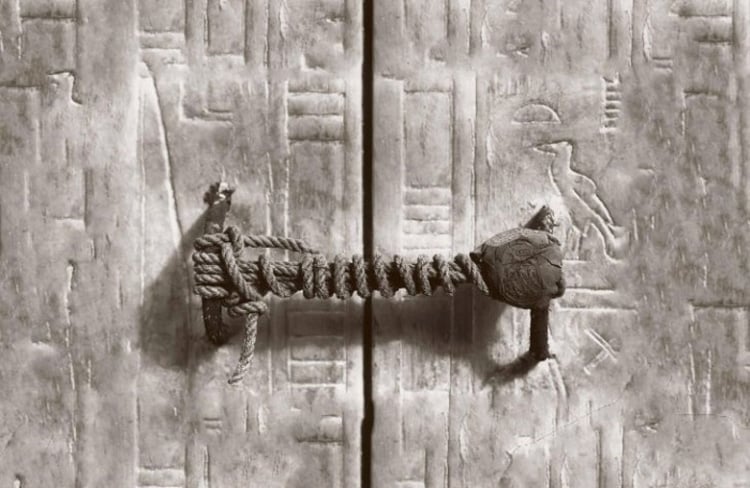 In 1922 Harry Burton captured the famed pharaoh Tutankhamen's intact seal on his funeral chamber door. Burton, whom many regarded as the best archaeological photographer of his time, spent the next eight years carefully cataloging the historical find in photographs. He was the only photographer authorized to enter the Tutankhamen burial site.Harry Burton/Iconic Photos 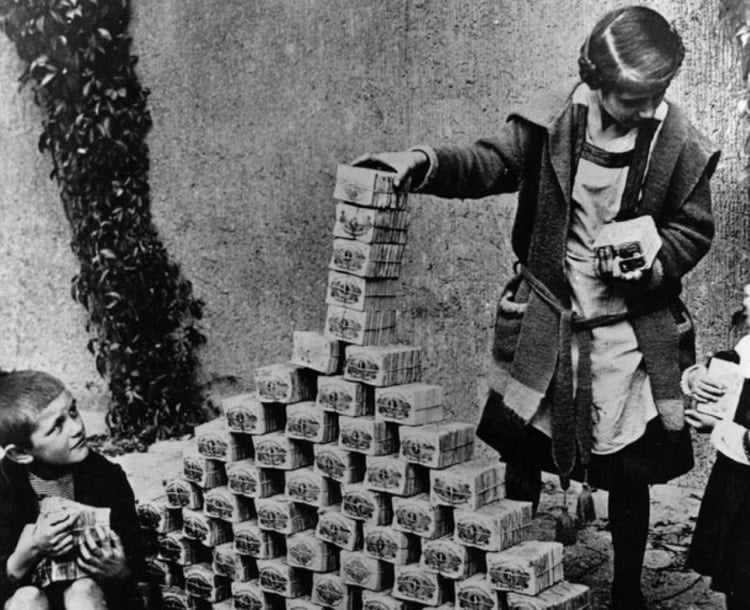 When attempting to explain the material conditions that permitted Adolf Hitler's rise, many point to Germany's devastating experience with hyperinflation.

In this photo, taken in 1923, children playing with worthless German currency. At the height of Germany’s hyperinflation, it took 4.2 trillion Deutsche Marks to equal $1 USD. Photographer unknown/Iconic Images 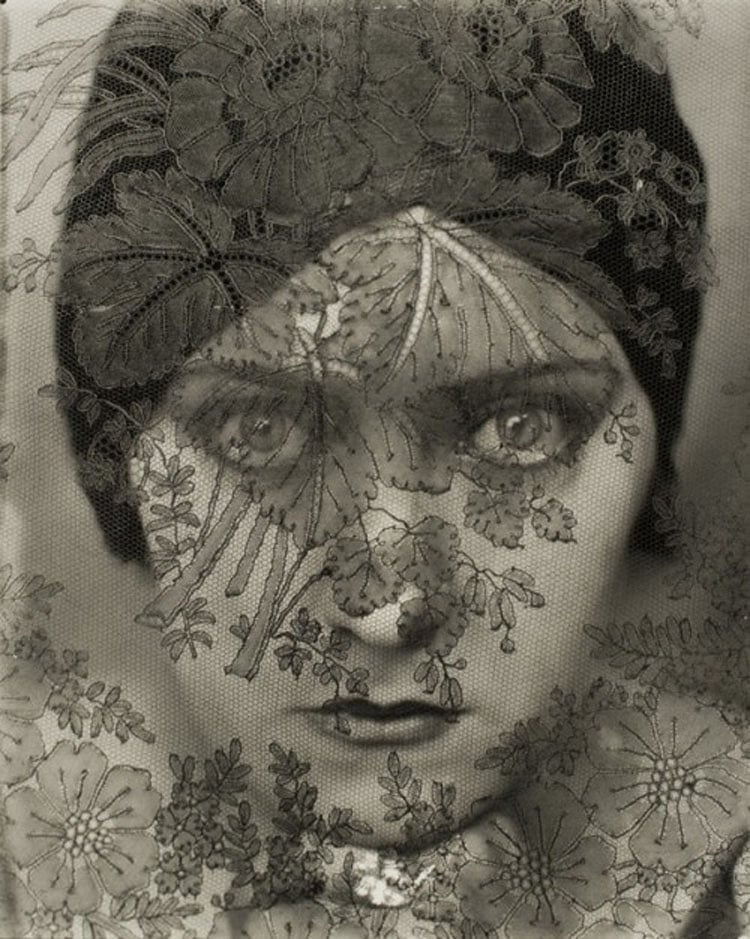 This photo of silent film veteran Gloria Swanson was taken in 1924, right before the debut of feature length films with sound. Primarily a silent film actress, Swanson's fame waned as "talkies" grew in popularity.

Ironically, she is best known for her role as a faded silent-film star in the critically acclaimed “Sunset Boulevard,” released in 1950.Edward Steichen/Iconic Photos 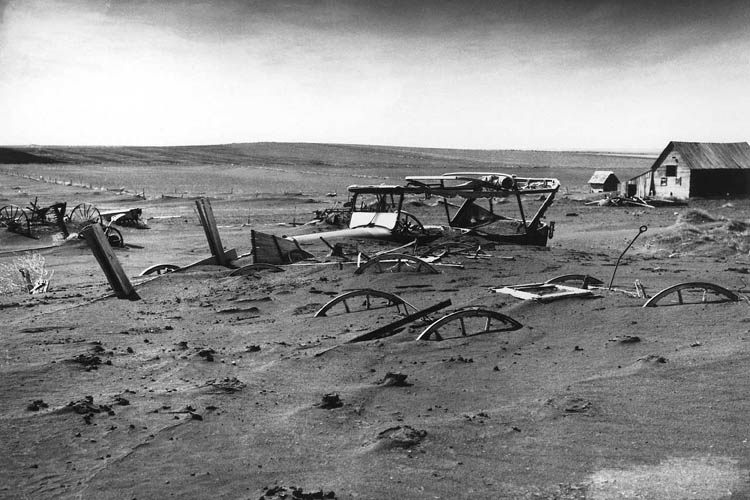 Buried machinery shown on a lot in Dallas, South Dakota during the 1930s Dust Bowl. The bowl marked an ecological and economic disaster in the Great Plains region of North America.

Drought- and wind-induced dust storms brought the nickname “the dirty thirties” to the decade.Wikipedia 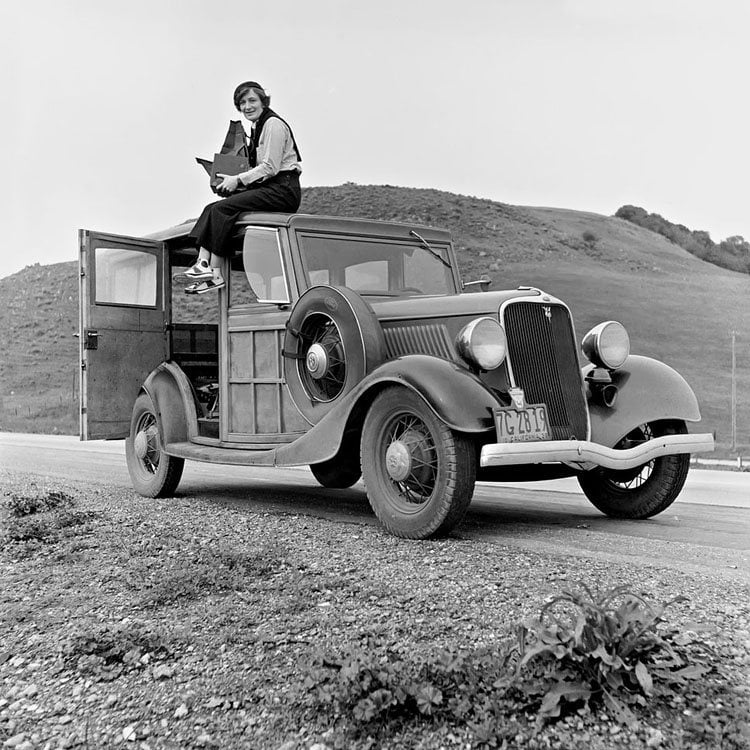 Dorothea Lange in 1936, pictured atop a Ford Model C in California. While best known for her humanizing images of the Great Depression, Lange also recorded the forced evacuation of Japanese Americans from the West Coast while on assignment for the War Relocation Authority. Deeming them too critical, the Army impounded a great deal of the photos Lange took of this event and kept them from public eye for over 50 years.Rondal Partridge/Wikipedia 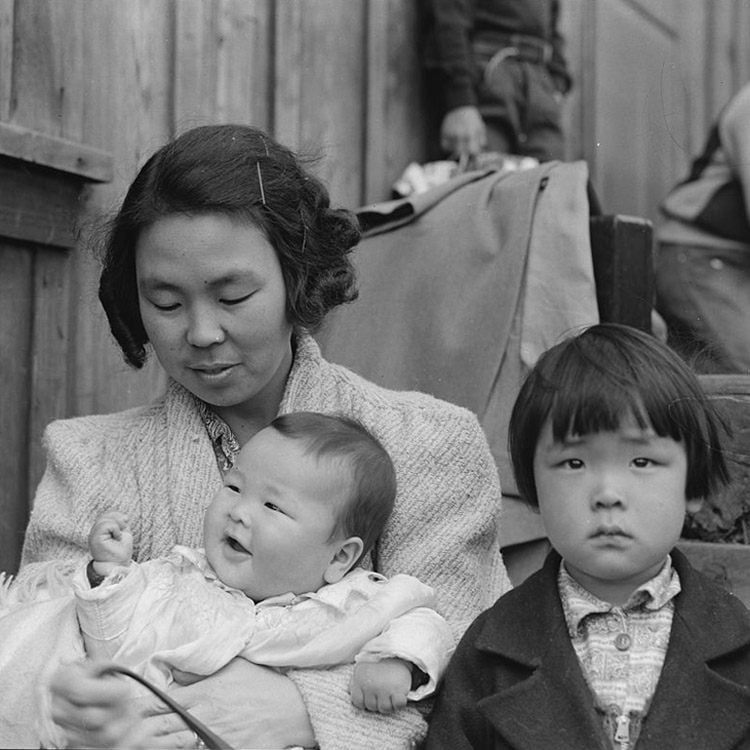 A photo of a Japanese family in 1942 Lange captured for the War Relocation Authority. After the Pearl Harbor attacks, more than 110,000 Japanese Americans living in the US were incarcerated based on local population concentrations and regional politics. Dorothea Lange/Wikimedia 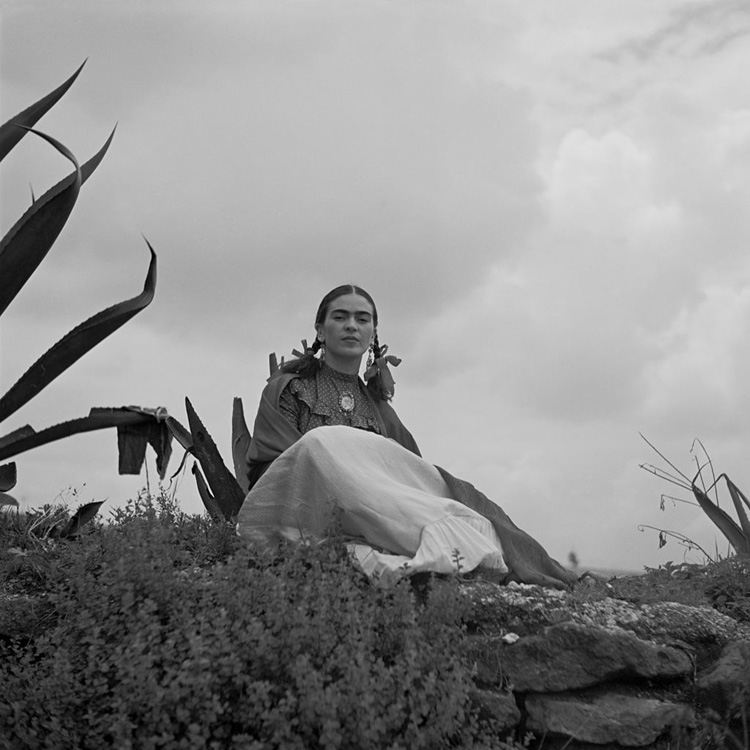 The iconic Frida Kahlo as photographed by Toni Frissell for Vogue Magazine in 1937. Frissell's photos would later appear in a feature called the “Señoras of Mexico."

While well known for her outdoor fashion portraits, Frissell never learned the finer points of shooting film in a studio.Toni Frissell/Wikipedia 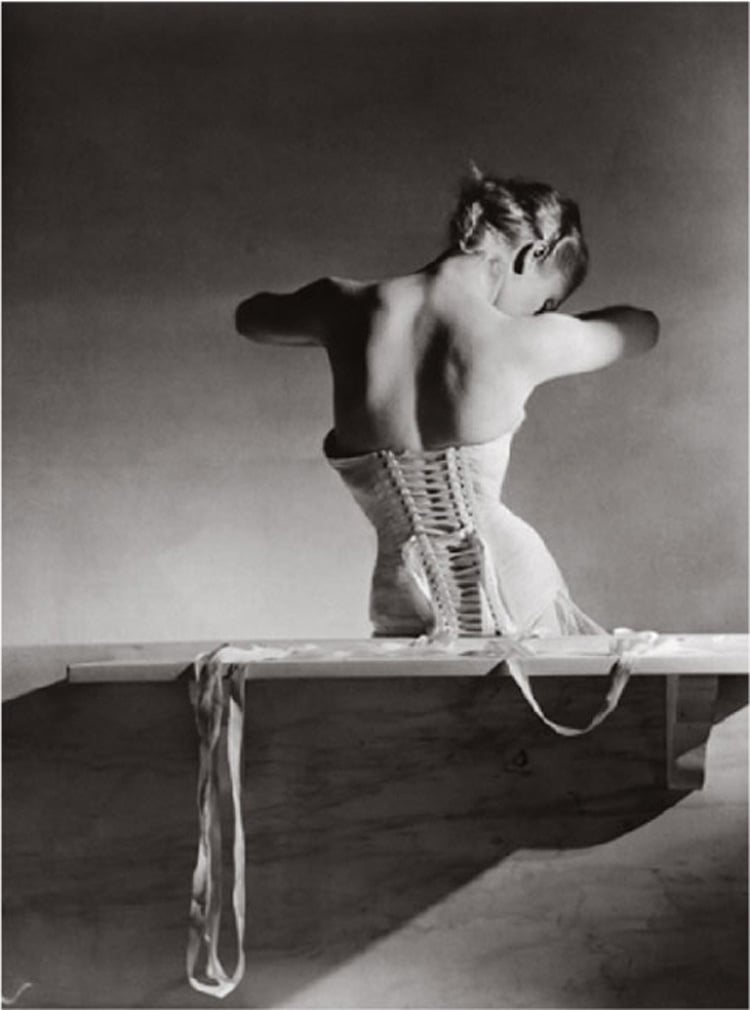 Many consider the man behind the photo, Horst, one of the century's premier photographers. If the image strikes you as familiar, it's because this single moment in time has been made eternal by everyone from Donna Karan in her clothing collections to Madonna in her music video for the song "Vogue."Horst/Iconic Images 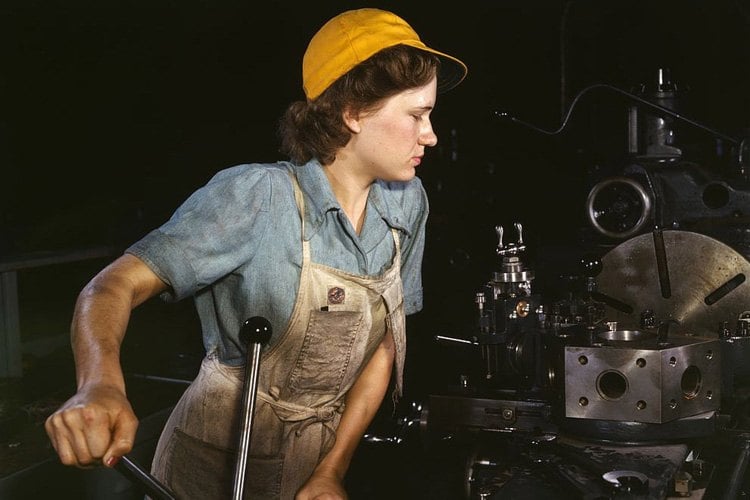 Part of a series of colorized wartime portraits, this photo depicts one of the many real-life Rosie the Riveters of WWII. As the war raged on and drew men into the battlefield, women filled empty factory positions, cementing the fact that a woman could also make a home in a workplace. Wikipedia 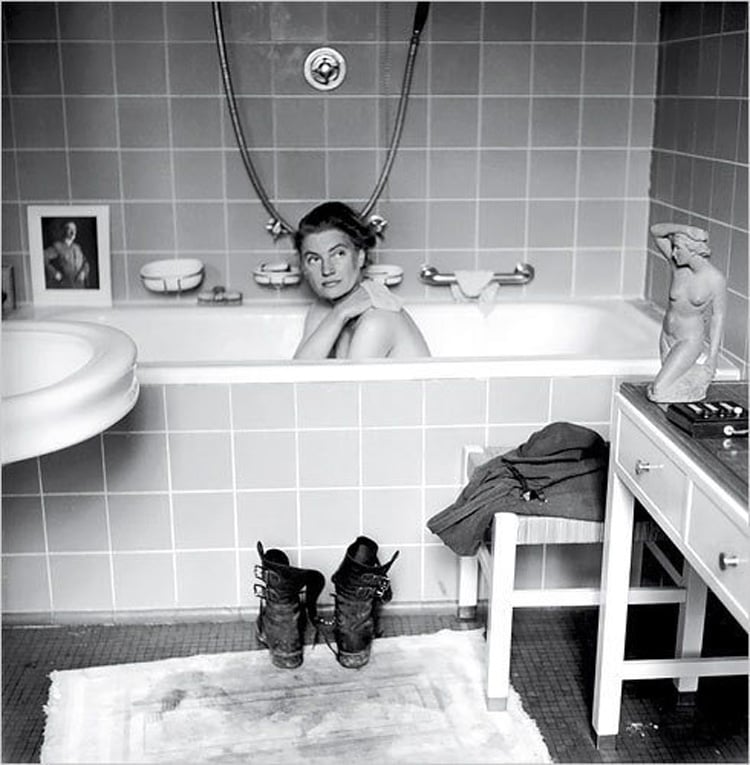 Vogue photographer Lee Miller sits in the bathtub of Adolf Hitler’s Munich residence — the very day that Hitler and Eva Braun took their lives in Berlin.

Said The New York Times of this photo, "A picture of the Führer balances on the lip of the tub; a classical statue of a woman sits opposite it on a dressing table; Lee, in the tub, inscrutable as ever, scrubs her shoulder. A woman caught between horror and beauty, between being seen and being the seer."David E. Scherman/Iconic Photos 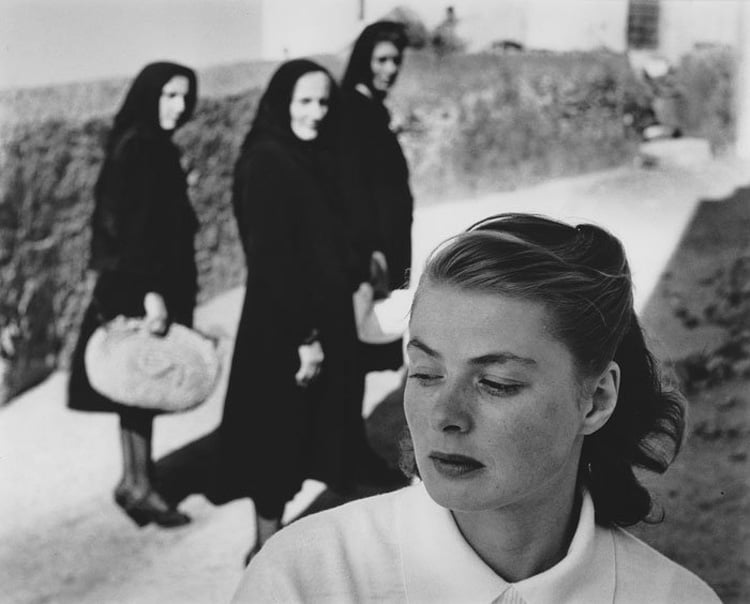 Ingrid Bergman appears in the foreground of this photo, taken in 1949 during the filming of “Stromboli.” Bergman was in exile in Italy at the time, having fled the U.S. in response to public scorn over her affair with Italian director Roberto Rossellini. Bergman would later marry Rossellini, have three more children (including famed actress Isabella Rossellini), and then divorce him in 1957.

While Bergman eventually returned to the United States, her private decisions as a woman tended to divide her professional life into “Before” and “After” the affair. Gordon Parks/Iconic Photos 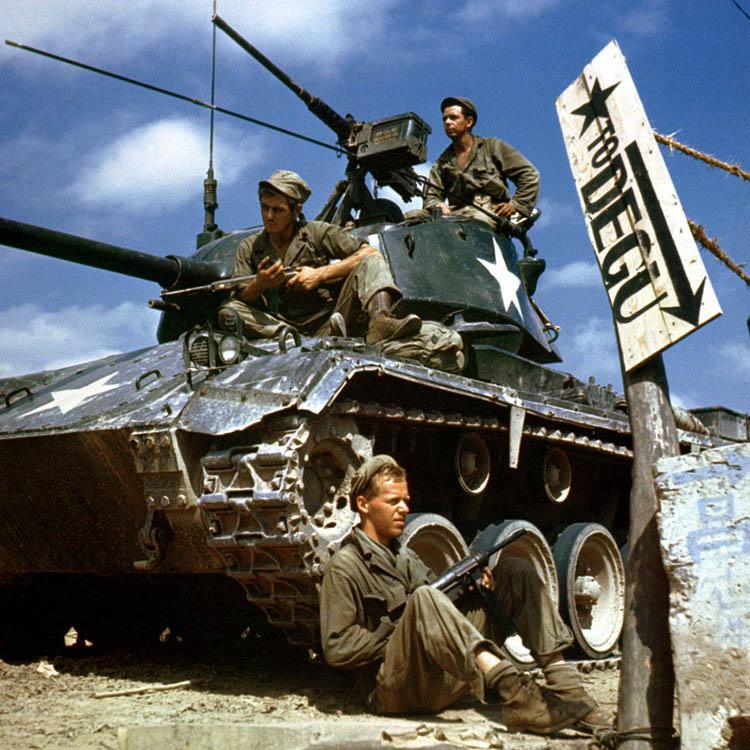 The crew of an M-24 tank along the Naktong River, 1950. Photographers captured this image during the Korean War, in which US troops came to the aid of South Korea.

On the ground is Pfc. Rudolph Dotts, gunner (center); Pvt. Maynard Linaweaver, cannoneer; and on top is Pfc. Hugh Goodwin, tank commander. All are members of the 24th Reconnaissance, 24th Division.Sgt. Riley/Wikipedia 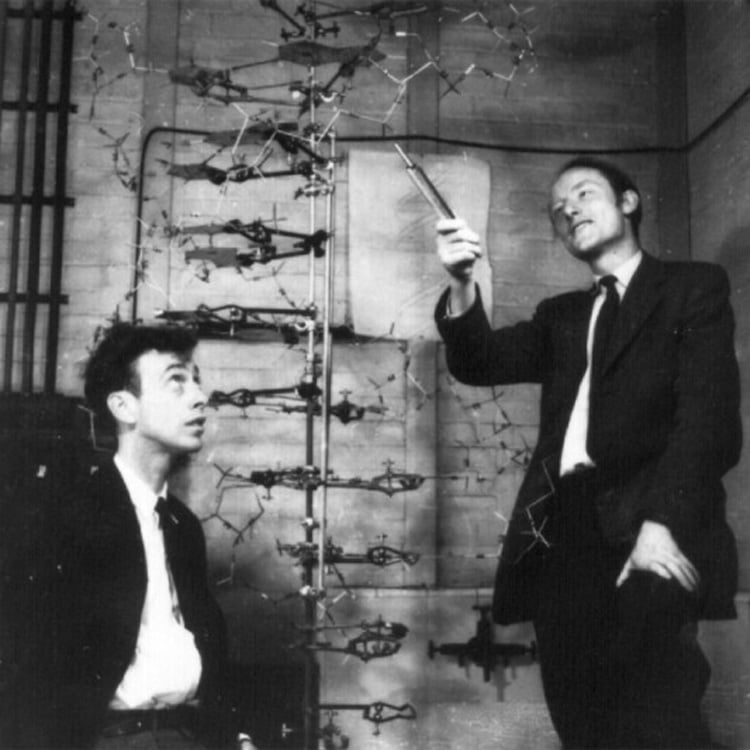 In this 1953 photo, James D. Watson and Francis Crick pose with their Double Helix model, which visualized the structure of DNA and changed science forever.

The photos Barrington-Brown took of the pair were not published for at least another decade, even after Watson and Crick won the Nobel Prize for their discovery in 1962. Antony Barrington-Brown/Iconic Photos 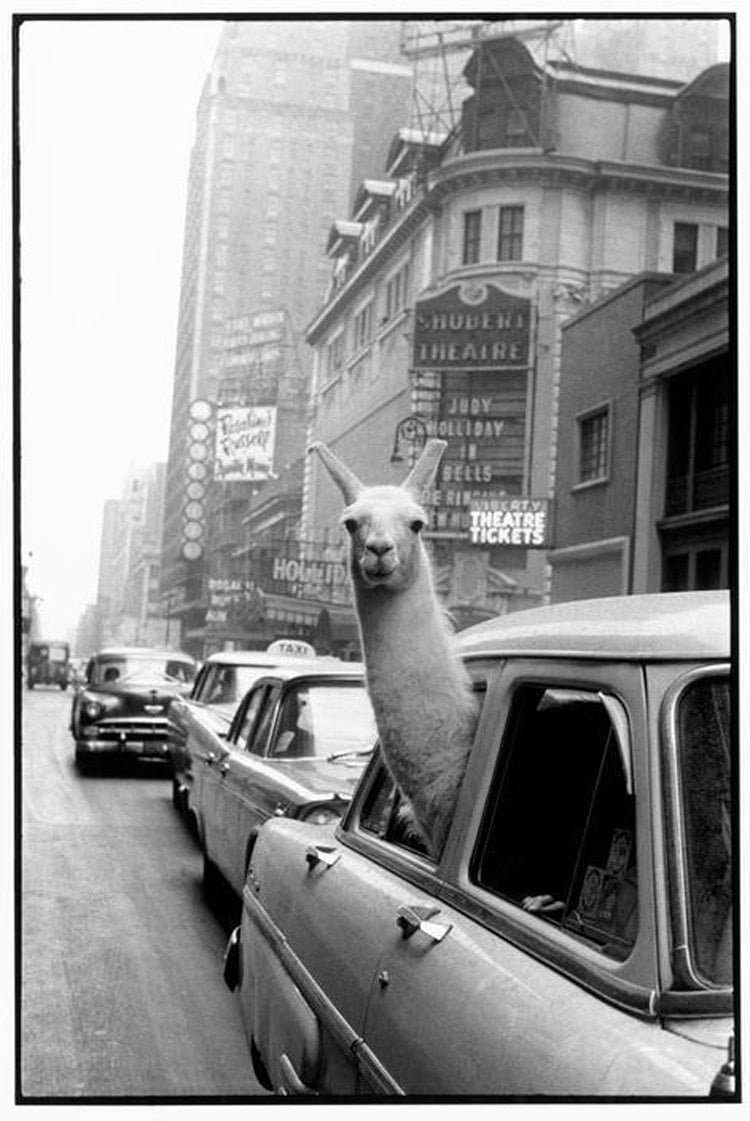 Inge Morath took the photo featured here “A Llama in Times Square,” in 1957. The image appeared in LIFE Magazine in a one-page feature about television’s most beloved animals.

Many view Morath as one of the greatest photographers of her generation, and this is one of her most celebrated images.

Morath would later meet Arthur Miller on the set of "The Misfits," and would marry one another after Miller finalized his divorce with Marilyn Monroe. Inge Morath/Iconic Photos 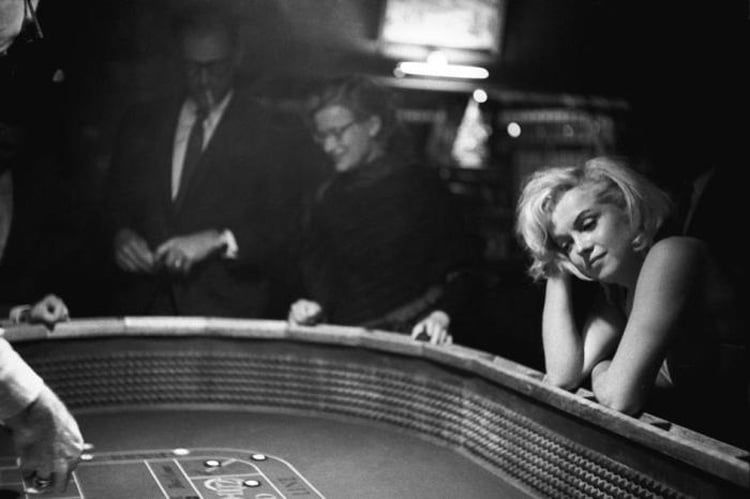 Taken on set of the film “The Misfits” in the summer of 1960, this marks Monroe’s final screen appearance, just two years before her death.

Eve Arnold had photographed Monroe for a decade, but many regard the shots taken during this period as the best.

The film’s other star, Clark Gable, died of a heart attack a mere 12 days after filming his final scene. Eve Arnold/Iconic Photos 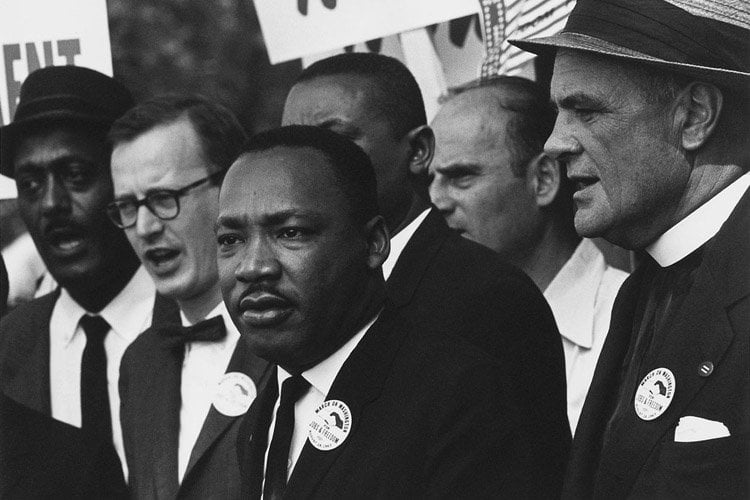 Martin Luther King Jr. attends the 1963 Civil Rights March on Washington for Jobs and Freedom. This is where he delivered his historic "I Have a Dream" speech, calling for an end to racism. 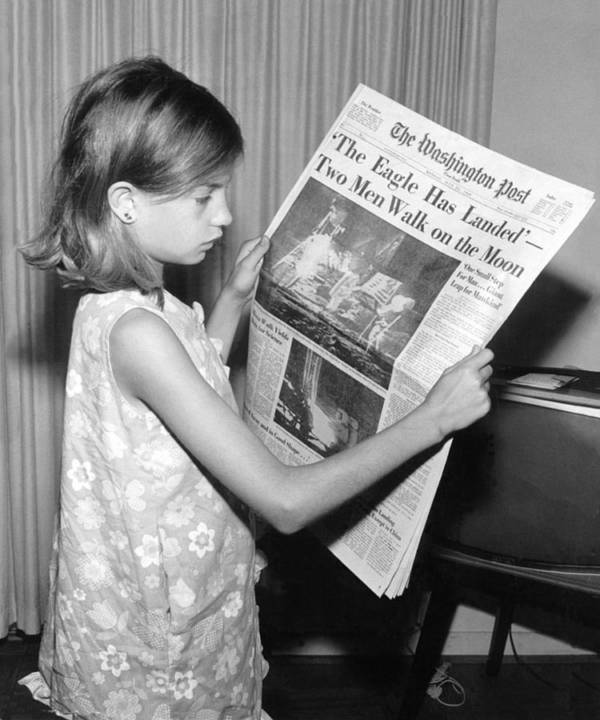 On July 21, 1969, a girl holds a copy of The Washington Post, whose headline reads "The Eagle Has Landed - Two Men Walk on the Moon."

On this day, the space race with the Soviet Union ended as Neil Armstrong of the Apollo 11 mission made the historic walk, exclaiming, “That’s one small step for man, one giant leap for mankind”. Jack Weir/Wikipedia 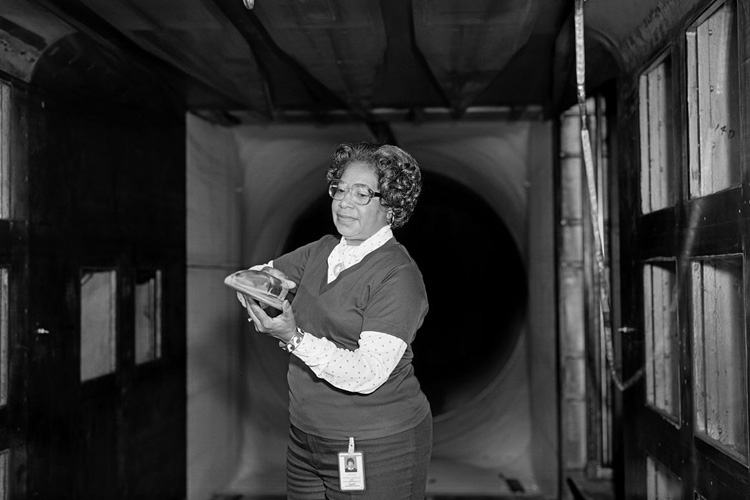 Mary Jackson with a wind tunnel model at NASA's Langley Research Center in 1977.

Jackson was NASA's first black female engineer, and achieved the most senior engineering title available within the aeronautics company. Jackson's story is included in the book "Hidden Figures: The Story of the African-American Women Who Helped Win the Space Race" (2016) and the movie of the same name. NASA/Wikipedia

With the advent and rapid development of photographic technology in the early 20th century, it's no surprise that we tend to recall many historic and historical events of the era through photos.

Given a combination of social interests, power structures and artistic tastes of the time, however, certain photo-captured events "stick out" more than others as iconic -- think of Dorothea Lange's "Migrant Mother" -- with other memorable photos cast aside as somehow less important or artistically valuable.

While iconic photos by definition possess a certain exclusivity, we have combed through the archives to present some underrated iconic photos that warrant your consideration.