From the stone heads on Easter Island to the fate of the Ark of the Covenant, these ancient mysteries have baffled historians for years. 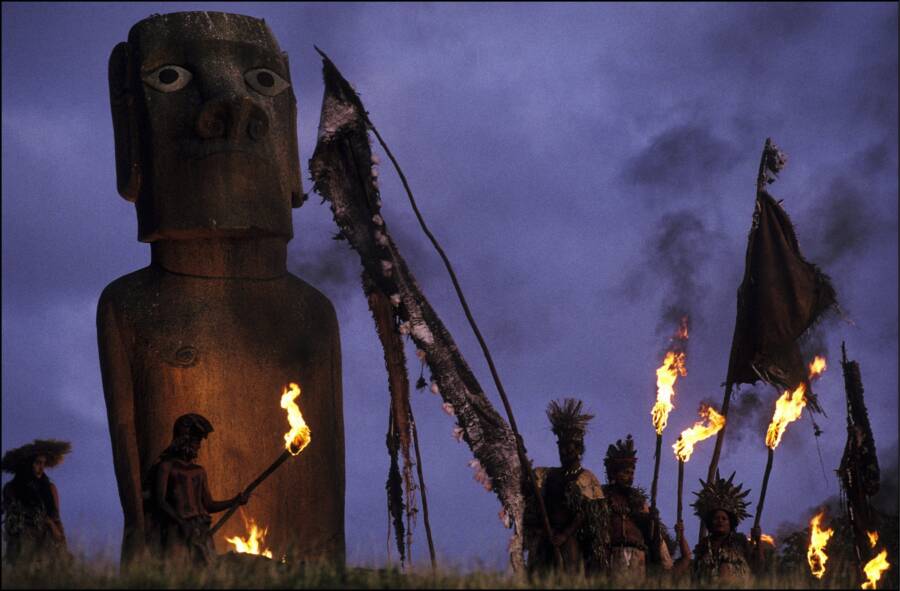 Yves GELLIE/Gamma-Rapho via Getty ImagesA scene from the film Rapa-Nui, a reconstruction of the history of Easter Island.

Each year, new scientific research and archaeological discoveries help us gain a deeper understanding of human history. Experts have discovered civilizations once lost, unheard-of religions, and strange creatures that once roamed the planet.

But there are still secrets tucked away in the annals of history that we’ve yet to uncover, and many more about which we have only a limited understanding.

Why, for example, were the stone moai heads on Easter Island created? Was the Ark of the Covenant even real? And if it was, what happened to it? Why are there so many massive stone jars in the fields of Laos?

We may not know all the answers, but these unsolved ancient mysteries continue to fascinate and astound people around the world.

Why Were The Nazca Lines Drawn? 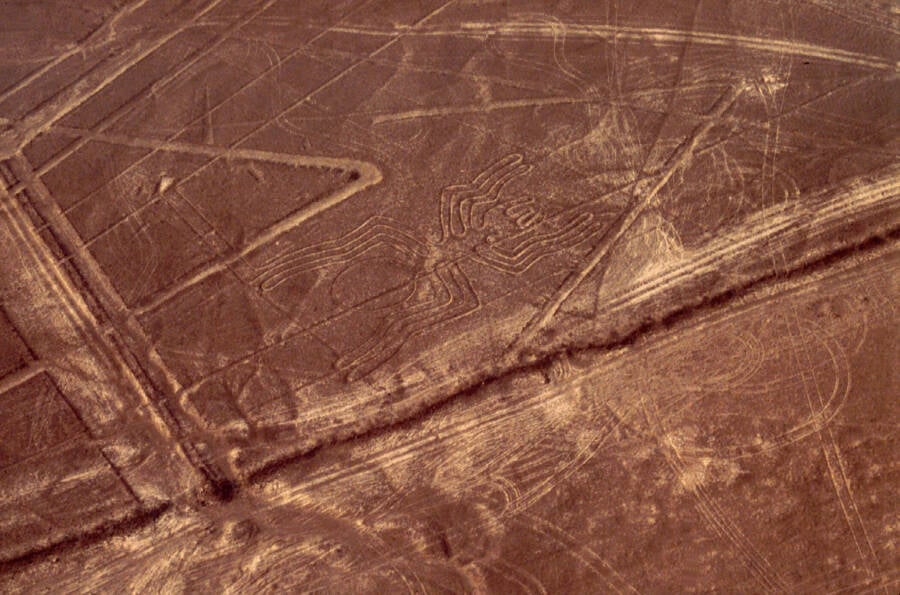 Werner Forman/Universal Images Group/Getty ImagesThe Nazca geoglyphs cover an area of around 200 square miles and are visible only from the air.

In a region of Peru roughly 200 miles southeast of Lima is a series of straight lines etched into the landscape. Some of these lines are up to 30 miles long, while others that form geometric shapes and animal designs range from 50 to 1,200 feet in length.

Per National Geographic, there are in total more than 800 straight lines, 300 geometric figures, and 70 plant and animal designs.

The peculiar thing about the Nazca Lines is that they can only be clearly seen from above. As a result, they went largely unnoticed until the early 20th century, when airplanes first flew over Peru.

The lines are also known as geoglyphs, or drawings in the ground created by removing rocks and earth, effectively making an outline or “negative” image. In 1941, American professor Paul Kosok called the lines “the largest astronomy book in the world.”

His research was followed by a German archaeologist named Maria Reiche. She studied the Nazca Lines for over 40 years, living in a small hut nearby to preserve the site and keep vandals away, earning her the name “The Lady of the Lines.”

Reiche believed Kosok’s theory that the lines were in some way astrological in nature. But that theory came into question in the 1970s as more people began to pay attention to both the lines and the area around them. 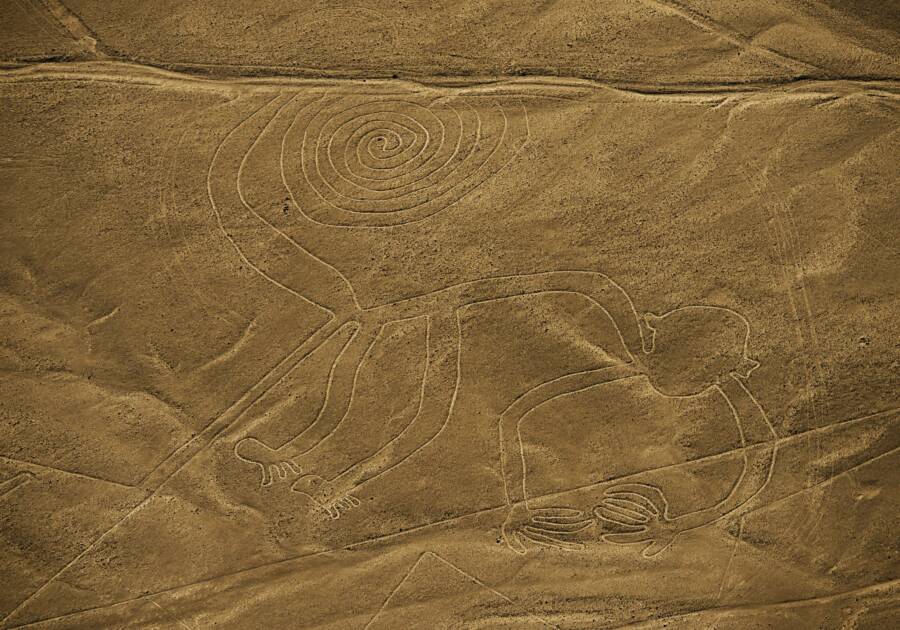 MARTIN BERNETTI/AFP via Getty ImagesThe Monkey geoglyph possibly represents the Amazon forest where monkeys live, which is also a prominent source of water with heavy rainfall.

The region receives, on average, roughly 20 minutes of rainfall each year. There is also very little wind to cause erosion, meaning the Nazca Lines have remained intact for anywhere from 500 to 2,000 years.

Modern experts have theorized that the lines may have in fact been used in rituals related to water or fertility. They were likely an attempt to appease a deity and ask for water, which would have been desperately needed by the Nazca people.

Johan Reinhard, an Explorer-in-Residence for the National Geographic Society, wrote in his book

Many of the animal symbols depicted in the Nazca Lines, too, have been found in other archaeological sites in Peru, including hummingbirds, spiders, and monkeys — each of which had some symbolic connection to water or fertility.

Naturally, there is also the question of how the lines were drawn, given that they are massive depictions that can only be seen from high above the surface.

But even with the combined knowledge of the region’s archaeology, ethnohistory, and anthropology, researchers can’t say with 100 percent certainty what the purpose of the lines was. They remain one of the world’s greatest ancient mysteries.