Who Built The Jars In Laos’ ‘Plain Of Jars’ — And Why? 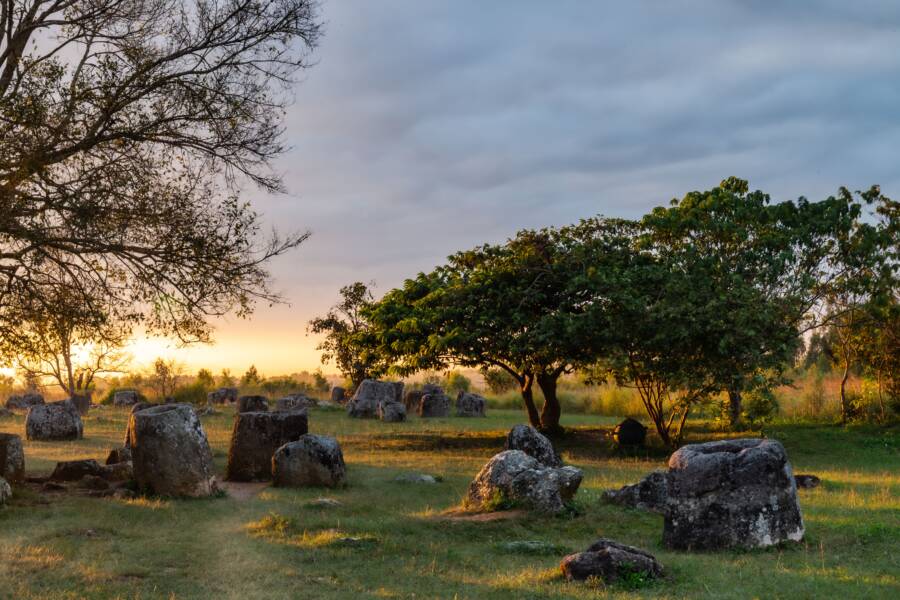 Xinhua/Kaikeo Saiyasane via Getty ImagesMore than 2,000 megalithic stone jars dot the landscape known as the Plain of Jars in the Xiangkhouang province of Laos.

In a remote region of Laos lies the Xiangkhouang province. According to Archaeology magazine, it is one of the most heavily bombed places on Earth. Millions of unexploded bombs dot the landscape, but they aren’t enough to keep curious archaeologists away from Laos’ famous Plain of Jars.

As the name suggests, the Plain of Jars is a region of Xiangkhouang province in which there are thousands of ancient, megalithic stone jars. The jars are massive — up to nine feet tall, with the heaviest weighing 14 tons — and mostly carved out of sandstone, granite, conglomerate, or calcified coral. Some are round, others are angular, and a few have disc-shaped lids.

Throughout the years, researchers have discovered tools and human remains inside the jars dating from 500 B.C.E. to 800 C.E., but they believe that the jars themselves may perhaps be 2,000 years old.

In the 1930s, a French archaeologist named Madeleine Colani led a research team to study the Plain of Jars. She believed that a nearby cave littered with human ashes may have been used as a crematorium and the jars utilized as urns or graves in an ancient cemetery. But since her time, more than 2,000 jars have been discovered in 120 different sites across the region. 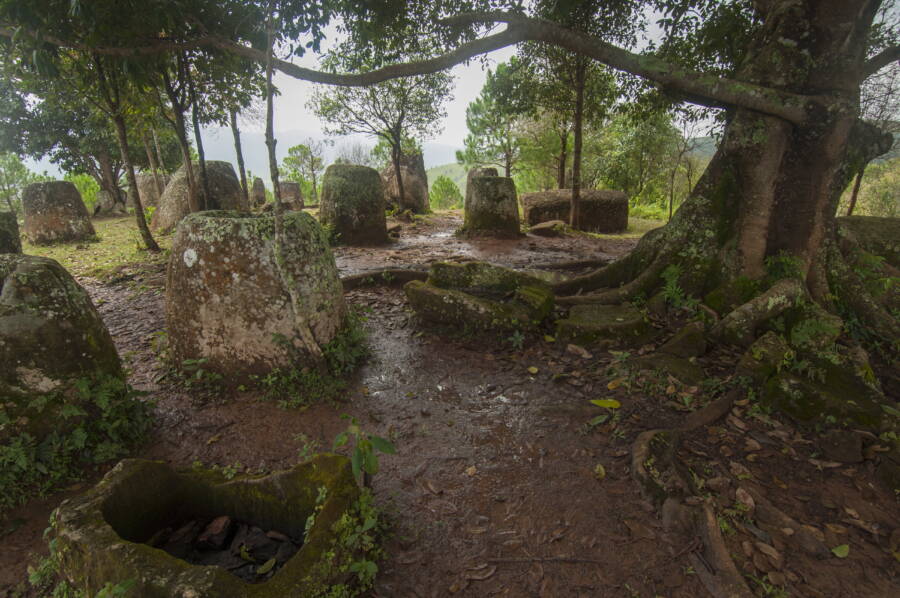 There is, of course, a local legend about the jars’ origins.

Per Heritage Daily, the jars were created by giants who were celebrating their victory in a glorious battle. In the jars, they stored lau hai, which loosely translates to “rice wine” or “rice beer.”

Unfortunately, researchers have yet to discover any evidence that this giant race once roamed the region, leaving that story still firmly in the realm of myth.

Naturally, the Plain of Jars remains one of the world’s most intriguing ancient mysteries, and only time will tell if its true origins are ever discovered. Thankfully, it was inscribed as a UNESCO World Heritage Site in July 2019, and research into the jars continues to this day.

It has also unofficially been dubbed “the world’s most dangerous archaeological site” because of the hidden bombs.