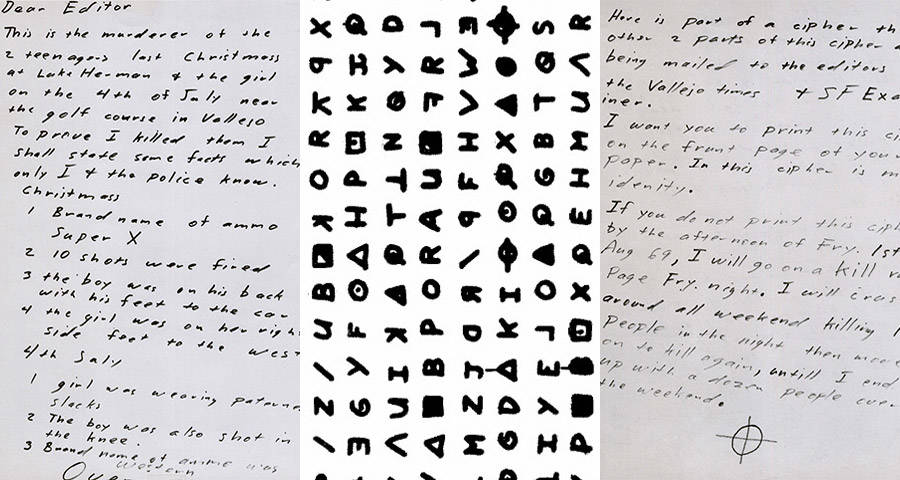 Wikimedia CommonsExcerpts of some of the letters and cryptograms left by the Zodiac killer.

One of the most elusive serial murderers to date, the self-proclaimed Zodiac killer took at least five victims and got away clean. His killing fields stretched across the San Francisco Bay Area in the late 1960s and perhaps the early 1970s, where he taunted several newspapers with letters. He’d offer details about the murders, warn of upcoming killings, and pen cryptic, coded messages.

In these messages, the Zodiac claimed responsibility for many more unsolved murders than the five kills that have been confirmed by authorities. In fact, the anonymous letters stopped abruptly in 1974, with a scorecard reading: “Me = 37, SFPD = 0.”

In the 48 years since the first murder, the police have investigated (and subsequently cleared) more than 2,500 suspects. Perhaps the most recent plausible theory was that a man named Louie Myers was the killer.

On his deathbed, Myers confessed to his best friend that he was the Zodiac. There are four solid connections between Myers and the unsolved murders, but no smoking gun.

ImgurVictims of the 1970s killer sometimes called “The Babysitter.”

Also called the “Oakland County Child Killer,” this predator murdered four children between 1976 and 1977 in southeast Michigan. The Babysitter held his victims hostage for anywhere between a few days and a few weeks. He sexually assaulted them, killed them, and left their bodies in various positions in the snow.

The last confirmed case involved a boy named Timothy King. He disappeared on March 16, 1977, last seen with his skateboard entering a convenience store.

King’s mother wrote a desperate plea to the kidnapper in a Detroit newspaper for her son’s return. She spoke of wanting to give Timothy his favorite meal, fried chicken.

A few days later, two teens found Timothy’s body in the snow. His autopsy revealed that he was the victim of sexual assault, and his last meal was fried chicken.

There have been hundreds of possible suspects, though none have ever been brought up on charges, leaving the identity of the Babysitter a mystery.