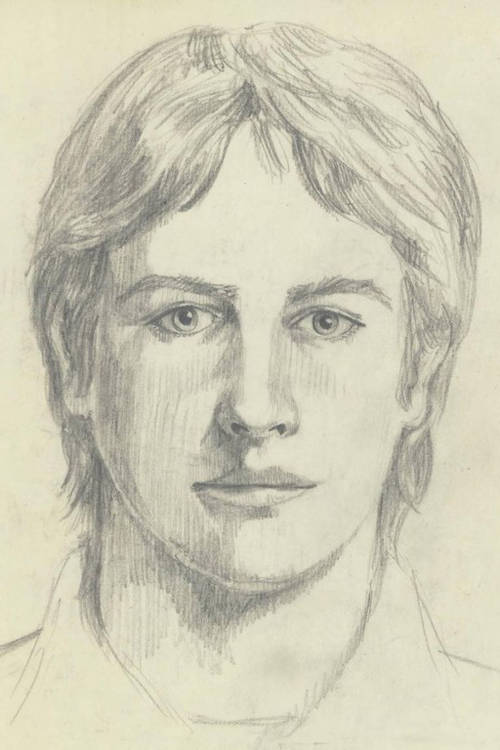 In addition to killing, the original Night Stalker liked to rape women as their boyfriends were tied up with shoelaces in adjacent rooms.

Because the killer never met justice for vicious crimes like these, there are still online communities dedicated to searching for him, with true crime writer Michelle McNamara, the late wife of comedian Patton Oswalt, among them.

The last time anyone heard from the Night Stalker was in 1991 when he called one of his victims on the phone. The call revealed a woman and children’s voices in the background, suggesting that the original Night Stalker may have gone on to start a family.

Wikimedia CommonsThe many possible faces of the I-70 Killer, according to several witnesses.

Beginning in April of 1992, the I-70 killer specifically targeted women working alone in small businesses near the I-70 highway throughout the Midwest. He murdered six (five women and one long-haired man in a ceramics shop, which was probably a mistake).

As far as serial killers go, the I-70 Killer was pretty sloppy, given that he shot his victims in broad daylight and simply ran back to the highway afterward. There were even two survivors because the killer’s gun jammed a couple of times, causing him to run off.

Even with a slew of eyewitnesses seeing his face and helping authorities create facial sketches, the I-70 Killer remains at large.

Coincidentally, one suspect that the police took into custody based on one of these sketches turned out to be a different serial killer altogether. As it turned out, this other killer in question, Herb Baumeister, liked murdering homosexual men instead.

Authorities found the skeletal remains of 11 men buried on Baumeister’s property. However, the police dismissed the possibility of Baumeister being the I-70 Killer (largely because there were no female skeletons found on his property and the I-70 Killer was known to have killed women), which means that he remains at large.

After this look at unsolved murders, read up on Hungary’s vampire serial killer. Then, read about why Portugal keeps the head of serial killer Diogo Alves preserved.