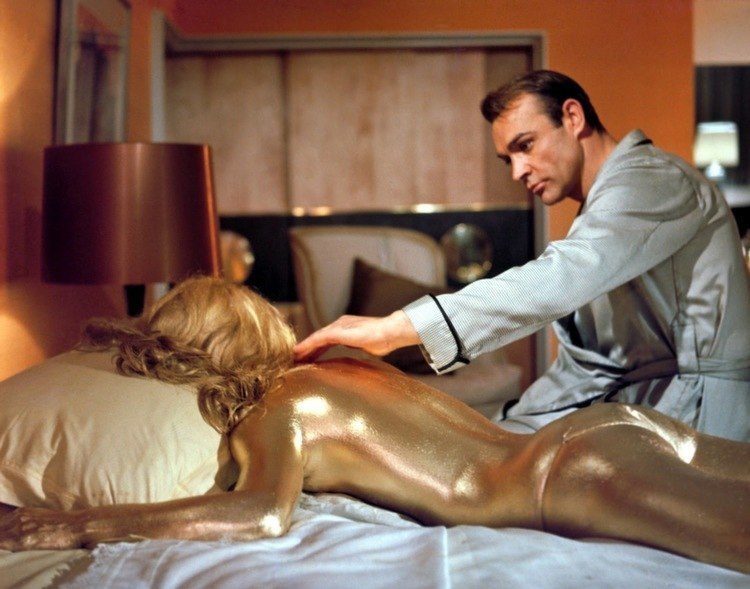 Goldfinger is often hailed as one of the best Bond movies ever. It has all the hallmarks we look for in a Bond flick: a menacing villain aided by a terrifying henchman with an insane plot to rule the world, the introduction of the Aston Martin as a Bond car, memorable quotes, gorgeous Bond girls and lots of action. One noteworthy scene has Bond’s love interest meet with an unfortunate fate at the hands of Goldfinger. As a message to the secret agent, her body is left naked, covered completely in gold paint.

This memorable scene quickly spawned an urban legend that the actress in the movie died as result of the stunt. Because her entire body was painted, or so the logic went, her skin couldn’t breathe and she suffocated. There’s just one problem with that theory. The actress in question, Shirley Eaton, is still alive and well today. However, she did disappear from the limelight. A few years after the movie came out, Shirley retired from acting and focused on her family. 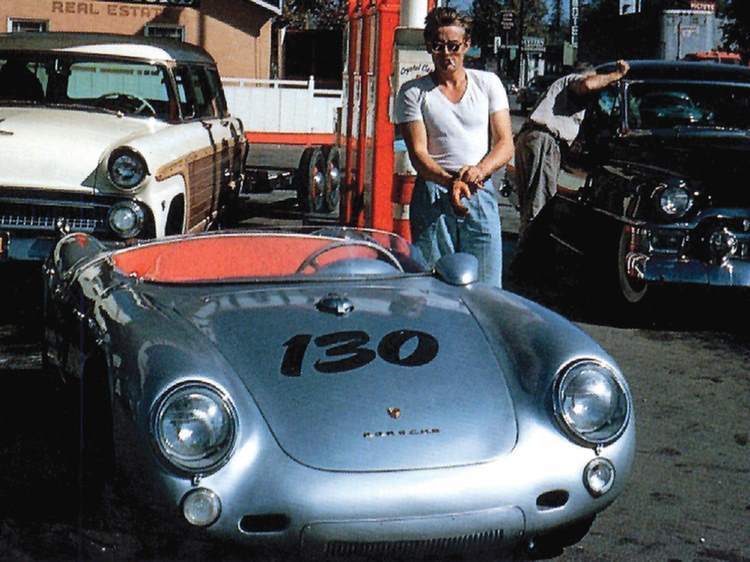 James Dean was one of the biggest heartthrobs to ever come out of Hollywood. He was also a massive gearhead and spent most of his spare time racing fast cars. It’s understandable why he would be so excited to receive one of the few Porsche 550, which he dubbed Little Bastard. However, it would be his beloved Porsche that would lead to the actor’s death at just 24 years of age in a fiery crash.

Pretty soon, tales of a cursed car arose. Little Bastard was salvaged by renowned Hollywood car customizer George Barris, who used its parts on other cars. From here, word started to spread that the cars in which these parts were installed had been responsible for a number of fatal accidents. However, nowadays many attribute the curse of Little Bastard to Barris, who wrote a book on the topic and presumably wanted to make money off of it. The only confirmed casualty other than James Dean was a doctor named Troy McHenry who crashed his car, which had Little Bastard’s engine or transmission during a race. 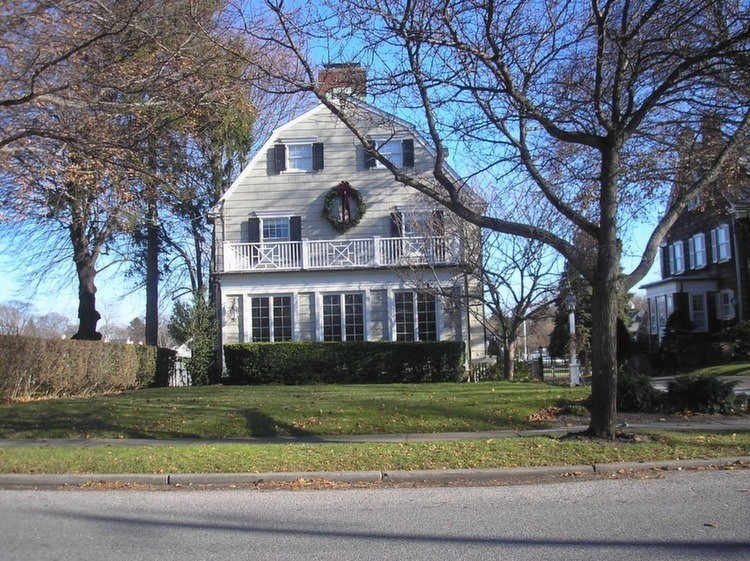 The house where something supernatural might have happened (probably not, though) Source: Go Pix Pic

Technically, this myth wasn’t created by Hollywood since it was the book which claimed that the Amityville Horror was a true story. However, the events garnered much more worldwide attention once the book became a giant movie franchise that spawned 11 installments (and another one on the way).

The book’s writer, Jay Anson, and the people who lived in the house, the Lutz family, still maintain that the events are true. They spent 10 years in that house after Ronald DeFeo Jr. murdered six family members in it. Anson and the Lutzes reported a lot of paranormal activity, but everyone else is more skeptical. All subsequent residents of the house reported no strange phenomena whatsoever, and DeFeo’s lawyer admitted to coaching the Lutzes on what to say. 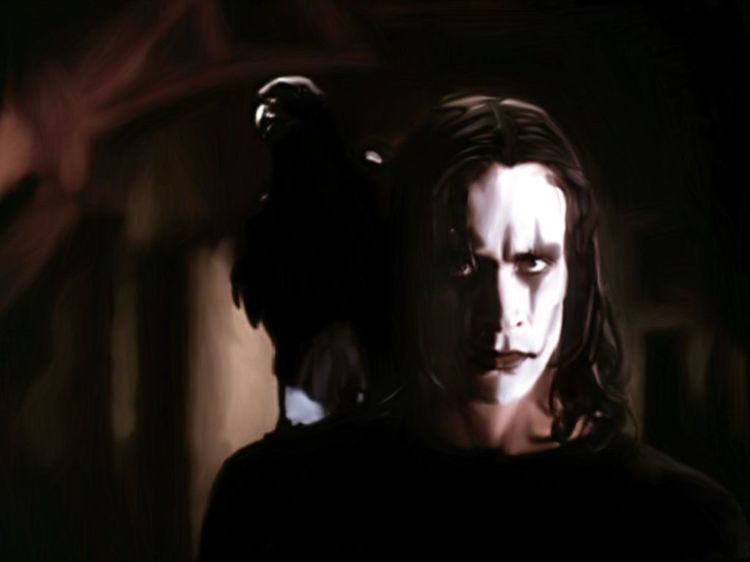 The fact that Brandon Lee was killed while filming The Crow is no urban legend. He was accidentally shot with a real bullet. For a while, it looked as if the movie would never see the light of day. But The Crow was eventually released and enjoyed its fair share of public and critical success in spite of the tragic circumstances surrounding it. However, a gruesome legend soon circulated that the film featured Brandon Lee’s actual death. In reality, though, the scene was performed with a stunt double, and Lee’s head was digitally added later. 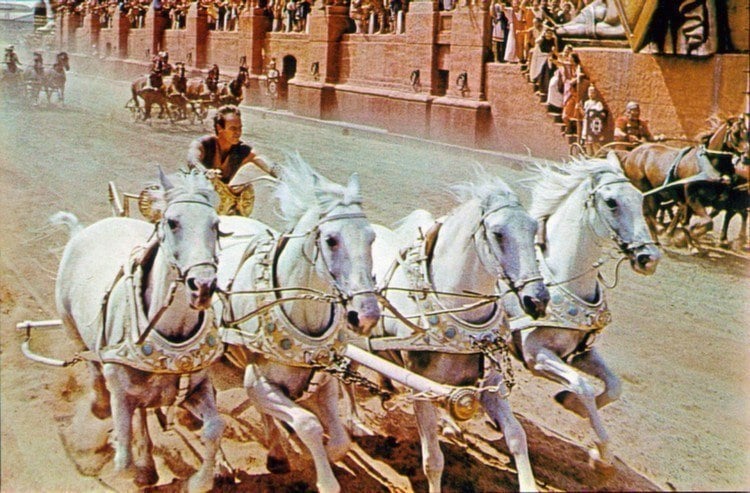 When it came out, Ben Hur was the most epic and thrilling piece of cinema ever created. Of particular note was the chariot race, which was 9 minutes of pure, unadulterated action.

It looked so real that many people started thinking that its ending, where bad guy Messala meets his grisly end, actually happened. Messala didn’t really die, though; his stunt double did. That death was covered up in order to avoid bad publicity, and actor Stephen Boyd lived well past the movie’s release. According to those involved in the scene, the worst injury during the chariot race happened to Charlton Heston’s stunt double who received a gash on his chin and required a few stitches.