The Haunting Legend Of La Llorona, The Mexican Ghost That Mourns For All Eternity 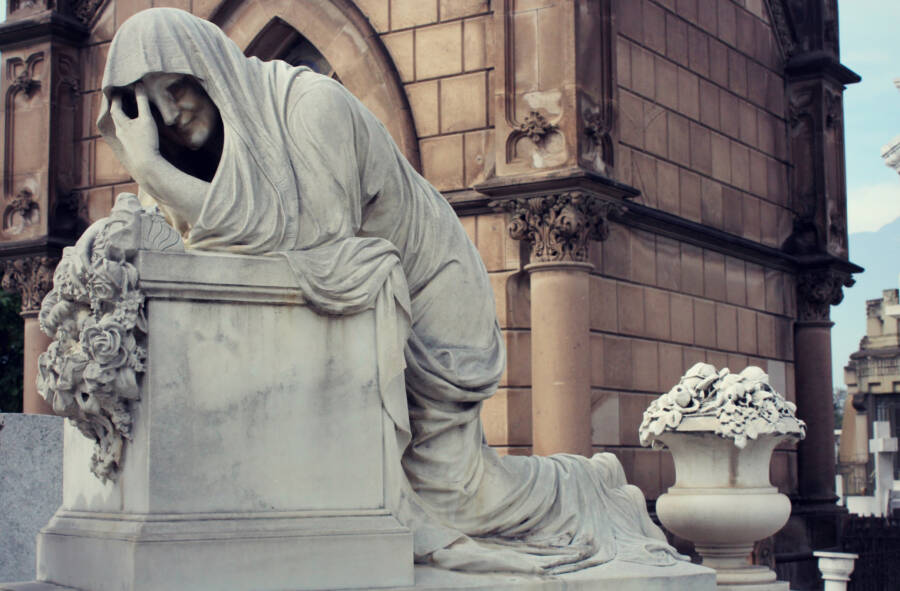 FlickrLa Llorona has varying origin stories, with her weeping grief the most universal trait.

A tragic figure in Mexican folklore, La Llorona or “the weeping woman,” is a ghostly apparition that wears white and wanders the country’s watersides in profound grief. Some say she steals children only to drown them in a nearby body of water. The paranormal entity recently garnered renewed attention in the wake of Hollywood’s horror The Curse of La Llorona, though her story is possibly centuries old.

There are several origin stories for the urban myth of La Llorana, and the earliest recorded ones date back 400 years. Some believe that La Llorana is actually just the conflation of two Aztec myths, or perhaps that she is based off of these as well.

The Aztecs described a similar, willowy and white figure that was one of 10 goddesses or omens which heralded the conquest of Mexico. She was known as Cihuacōātl or “Snake Woman,” and was described as “a savage beast and an evil omen” who walks about at night and cries into the moonlight. Another goddess, named Chalchiuhtlicue or “the Jade-skirted one,” oversaw the waters and was said to drown people, and the Aztecs sacrificed children in order to honor her.

Official trailer for The Curse of La Llorona about the scary urban legend from Mexican folklore.

But there is a more modern version to explain where the myth of La Llorana came from.

As legend has it, a beautiful young peasant woman named Maria married a wealthy man. The two lived happily and had two children, but Maria’s husband became unfaithful. One day, she and her children caught him romantically engaged with another woman by the river.

Enraged, Maria threw her children into the river and drowned them. After her anger subsidized and reason kicked in, she spent the rest of her life in profound grief hopelessly wandering the waterside to find her children.

The scary urban legend of La Llorana could remain just that were it not for the chilling accounts of those who claim to have seen her.

Patricio Lujan claimed to have first encountered the wailing woman when he was a young boy in 1930s New Mexico. According to Lujan, even his parents spotted the strange woman near their Santa Fe property, drifting toward the local creek in a white dress that covered her tall, slender body. When she reached the water, she disappeared.

“She just seems to glide as if having no legs,” Lujan recalled.

Lujan wasn’t the first nor last person to describe such an encounter with the weeping woman, who is said to be drawn to water where she wails for her dead children. The urban legend is popular throughout the southwestern U.S. and Mexico, and many have been convinced to have witnessed it for themselves.