The Scary Urban Legend Of Mothman, The 10-Foot Humanoid With Wings 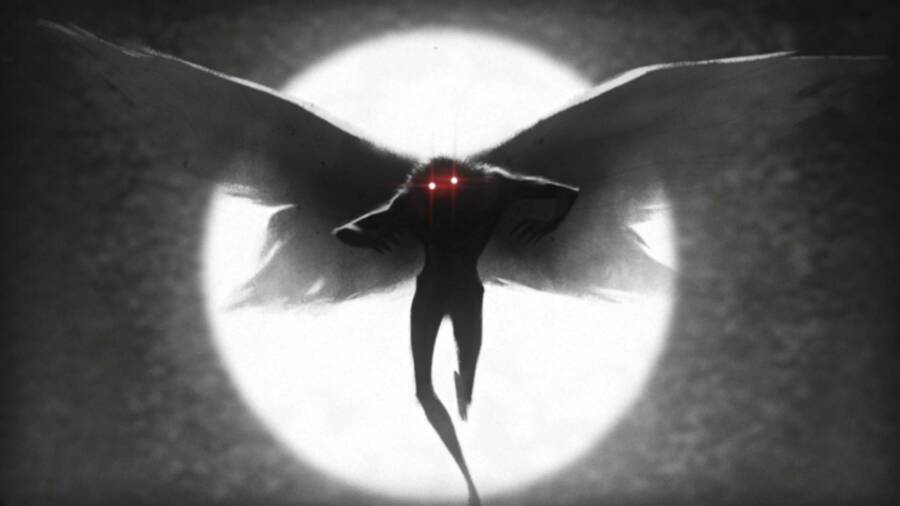 YouTubeThe creature has been described as having bright red eyes and a wingspan of 10 feet.

Nov. 12, 1966, marked the first ever report of the elusive Mothman, a creature so bizarre that it can only be considered the stuff of urban myths. But multiple sightings of the monster that year challenged the notion that it existed only in the imagination.

On that Fall day in 1966, a Clendenin, West Virginia gravedigger claimed to have seen an unsettling creature that looked like a “brown human being” soaring over his head and moving from tree to tree at rapid speeds. Three days later, four people driving through the nearby town of Point Pleasant saw a gray-winged entity seven feet tall standing in front of their car. Roger Scarberry and Steve Mallet told The Point Pleasant Register that the creature had bright red eyes and a wingspan of 10 feet.

All the witnesses commented on the creature’s speed. One of them claimed that it fled at up to 100 miles per hour and seemed to dislike the car’s blinding headlights. The witnesses also claimed that the being chased their vehicle to the outskirts of town, before vanishing into a nearby field.

“If I had seen it while by myself, I wouldn’t have said anything,” said Scarberry at the time, “but there were four of us who saw it.” 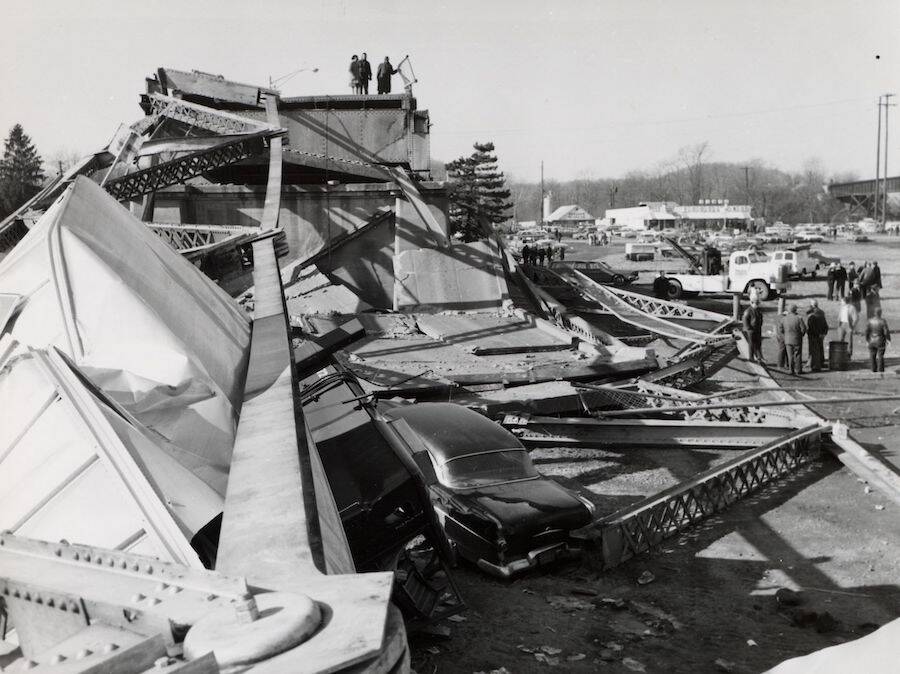 Point Pleasant River MuseumThe Silver Bridge collapse was attributed by many to the Mothman.

The following year saw an ominous increase in sightings across the state of West Virginia. The Gettysburg Times reported on the elusive creature eight times within the first three days of the gravedigger’s initial report, which included two firefighters describing “a very large bird with large red eyes.”

In another reported sighting, Salem, West Virginia resident Newell Patridge claimed he spotted two red eyes staring back at him after his television displayed bizarre patterns and he went outside to investigate a strange noise. That was the same night that his dog vanished.

But there are, of course, skeptics. West Virginia University professor of wildlife biology Dr. Robert L. Smith dismissed the urban legend as a misidentification of the sandhill crane bird. Others are convinced the urban legend was intentionally spread by a committed prankster.

A scene from The Mothman Prophecies, in which Richard Gere’s character receives a call from the mythic Mothman.

There are also those who believed that the Mothman was a harbinger of doom, an idea that was only reinforced when on Dec. 15, 1967, Point Pleasant’s Silver Bridge collapsed. Cars and pedestrians were plunged into the icy Ohio River waters below and 46 people died.

Author John Keel forever linked the bridge collapse with the Mothman’s sightings in his 1975 book The Mothman Prophecies, which was later adapted into a film of the same name.

Point Pleasant hasn’t shied away from the eerie urban legend. To the contrary, the town created a historical museum on the scary urban legend and constructed a 12-foot-tall chrome-polished statue of the beast. To this day, they celebrate the Mothman annually with a festival.