Madonna herself is a fan of urine therapy, claiming that peeing on her feet in the shower helps cure her athlete's foot. 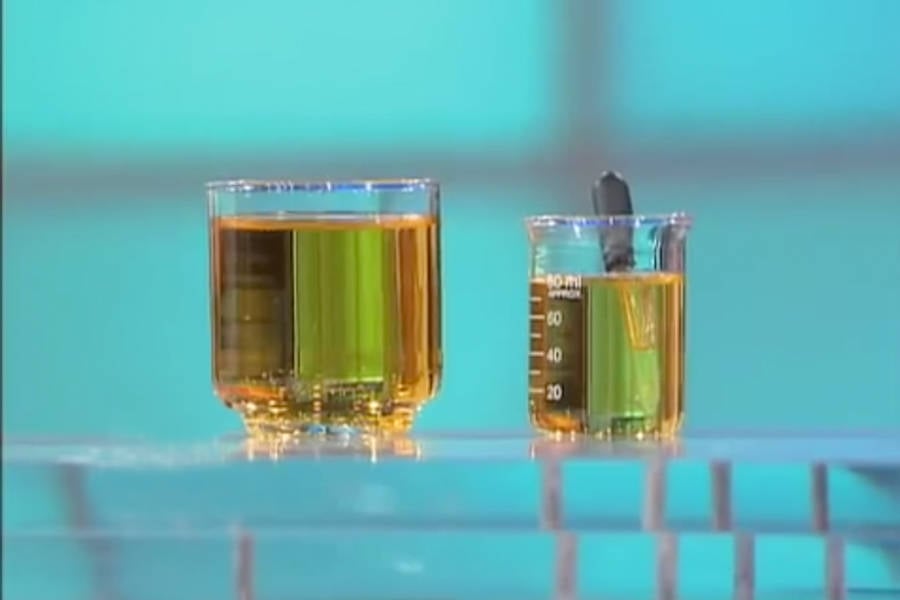 YouTube Urine therapy is said to cure a whole host of ailments, including everything from acne to athlete’s foot.

Most biblical scholars understand this to mean that you should be happy with what you have, literally that the waters of your own well are enough to sustain you. However, like most proverbs, it is open to interpretation. So open to interpretation, in fact, that one British practitioner of alternative medicine took it to mean something very, very different.

In biblical times, a “cistern” referred to an underground reservoir that stored rainwater for later use. Since indoor plumbing became widespread, it began to be used to refer to the tank that stores water in the back of a toilet. Thus, when British naturopath John W. Armstrong read Proverb 5:15 in 1918, he took it literally, and began treating ailments with the waters of his own cistern – a practice he dubbed “urine therapy.”

Also known as urotherapy or uropathy, urine therapy is the practice of using urine to treat minor stings, toothaches, skin afflictions and other ailments. At one point, Armstrong claimed he treated his own illness with a 45 day fast “on nothing but urine and tap water.” 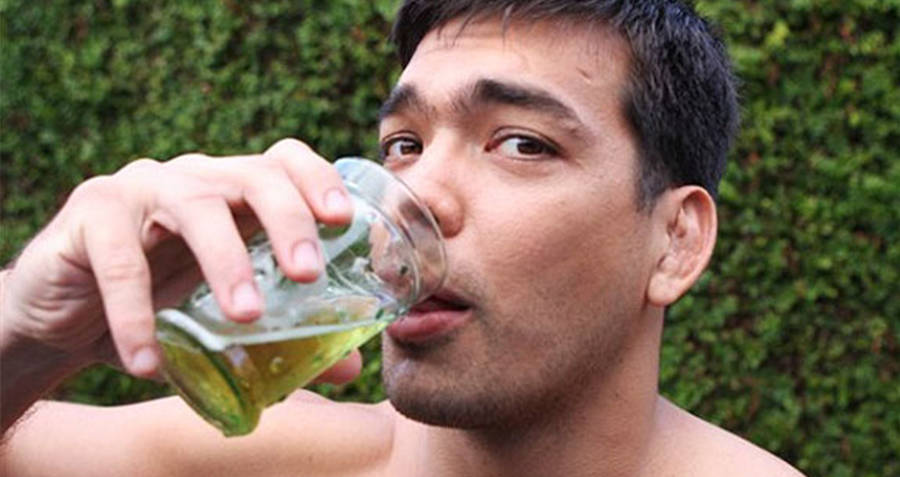 In 1944, he published his theories in a document titled The Water of Life: A treatise on urine therapy which became the leading manual on the treatment. Despite the unusual method, the book was a hit and appealed to audiences worldwide. In India, in particular, the field began to gain traction, inspiring additional writings on the value of urine as a topical treatment, as well as writings on its use in internal medicine.

Perhaps one of the most popular forms of urine therapy (though it is not referred to as such) is the folk remedy of peeing on a jellyfish sting. Though the remedy has managed to stick around for years and has been tried more than once, there is no scientific evidence that suggests that the urine has any effect on the sting.

In fact, there’s no scientific evidence that urine therapy has any effect on any kind of medical ailment, as urine is actually mostly water. Between 91 and 96 percent of human urine is water, with the other four to nine percent being a combination of proteins, hormones, acids, and salts that are leftover after digestion.

In fact, depending on the density of the salts and acids, urine can actually be irritating to the skin, though that hasn’t stopped homeopathic practitioners and those interested in alternative medicine from promoting it.

Throughout the years, there have been many debates about the prospect of urine therapy. Though, in the end, science claims it’s most likely bogus, and should probably only be done as a last-resort survival method (a la Bear Grylls.)

Nonetheless, it’s been promoted by everyone from the Prime Minister of India, who said it was an alternative for those who can not afford medical treatment, to former MLB player Moises Alou, who claimed it soothed his calloused batter’s hands, to Madonna, who said it cures her athlete’s foot.

No disrespect to Madonna, but we think we’ll stick with soap.

Next, check out these rare mental disorders. Then, read about gay conversion therapy, another horrible form of treatment.