Violence And Separation: Life On The US-Mexico Border

The US-Mexico border has become an object of huge political debate. Getting past the rhetoric, here's what it actually looks like.

Everyday life on the US-Mexico border line is dire and demanding. More and more children are being sent across the border by parents who want their children to find a better life in America; many of them never making it.

Hundreds of undocumented immigrants from numerous Central American countries die every year trekking through the Arizona desert hoping to gain entrance into what they perceive to be a land of freedom, and Mexican nationals (on both sides of the border) find themselves-sometimes unexpectedly-cut off from their family members. 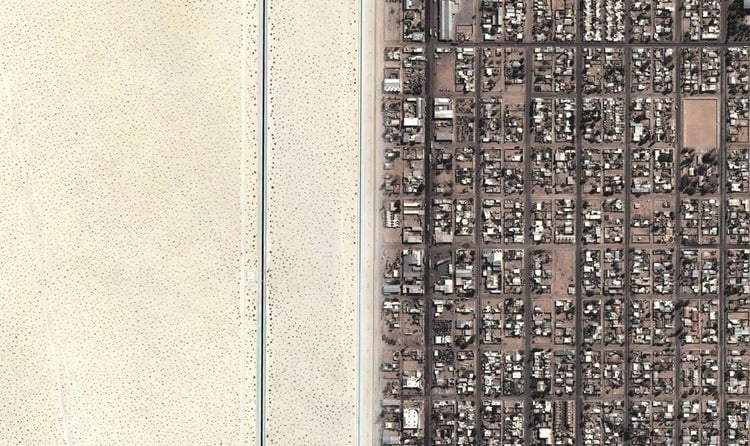 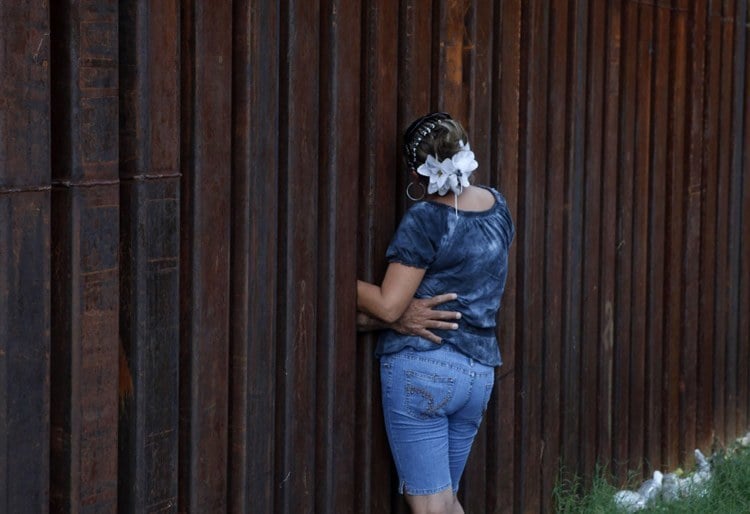 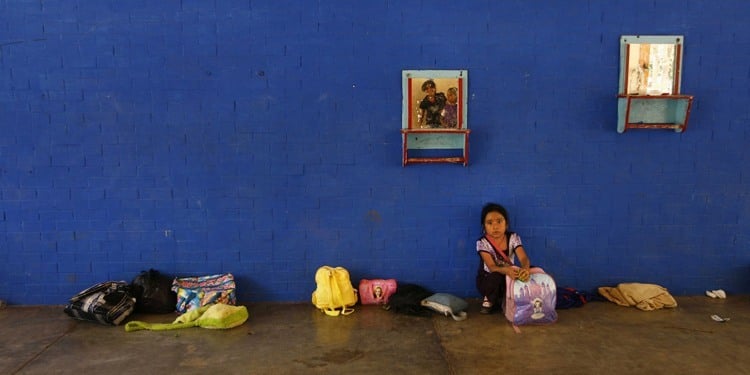 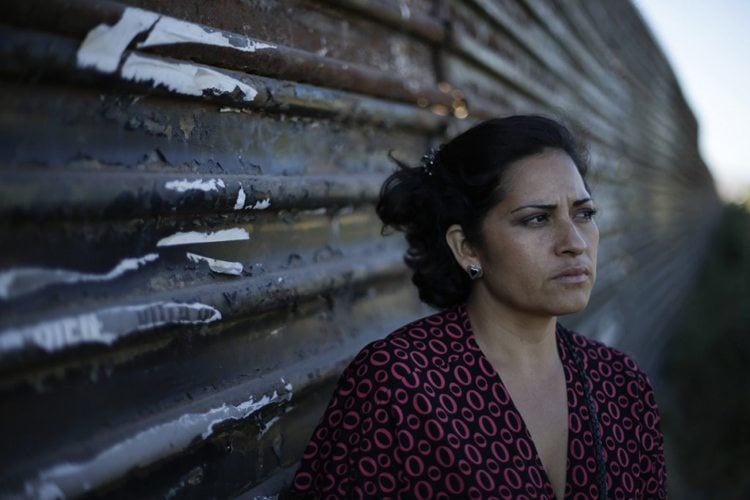 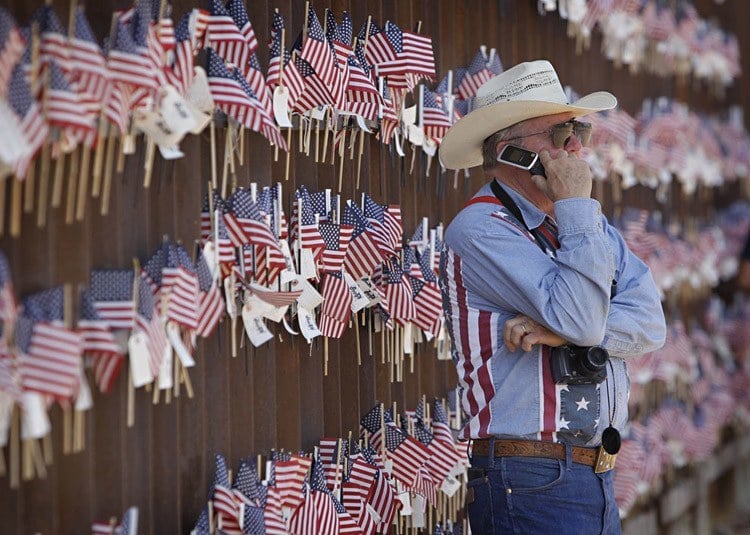 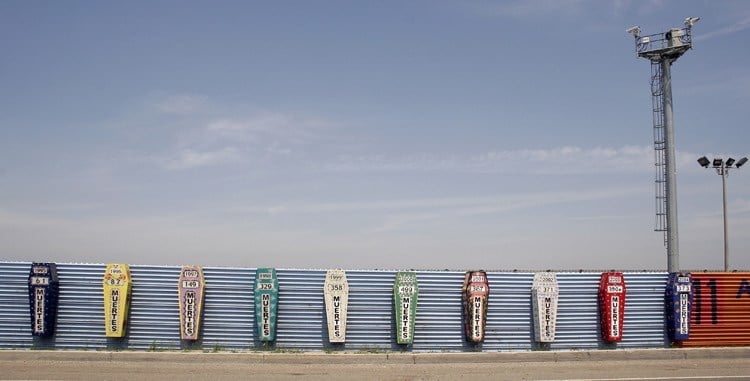 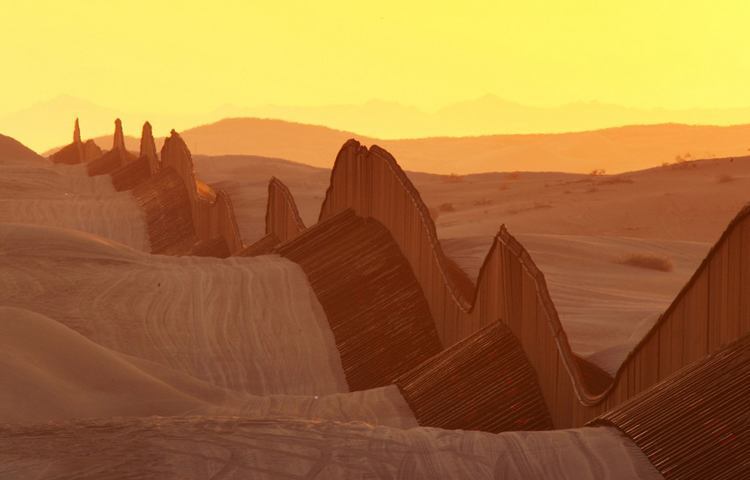 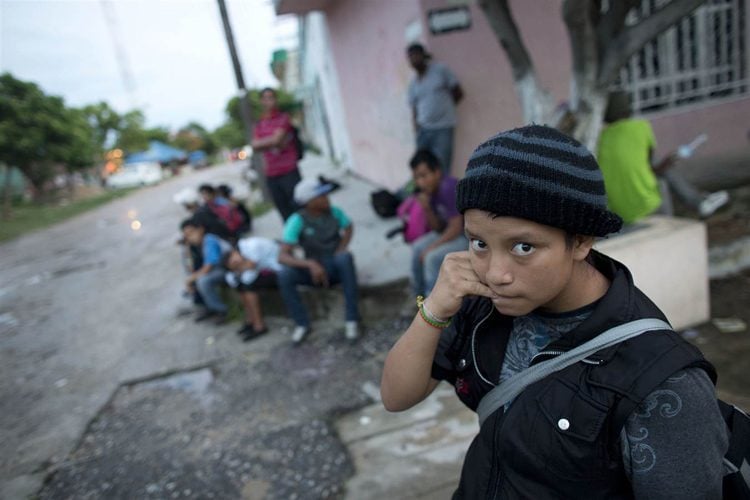 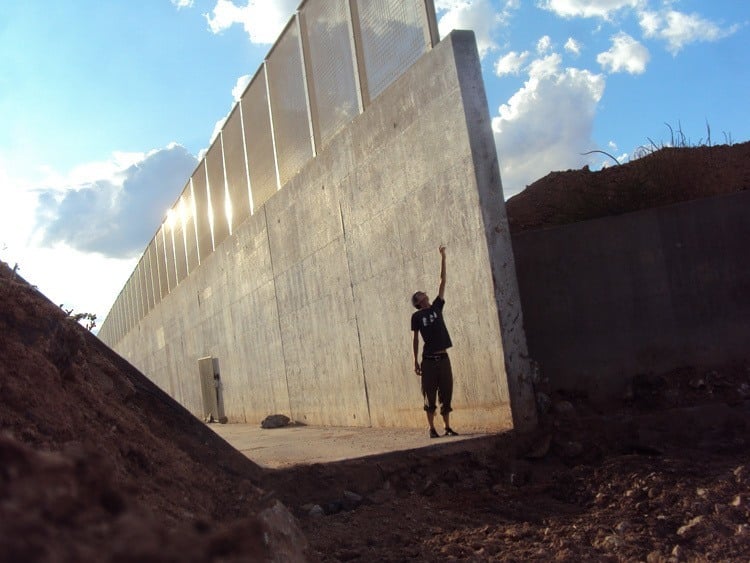 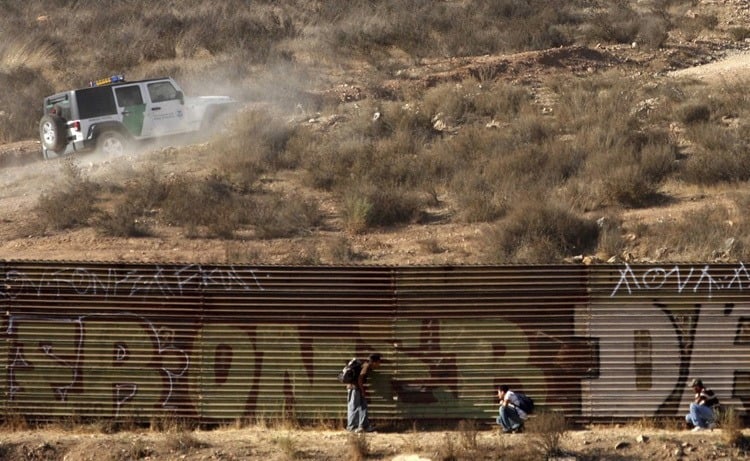 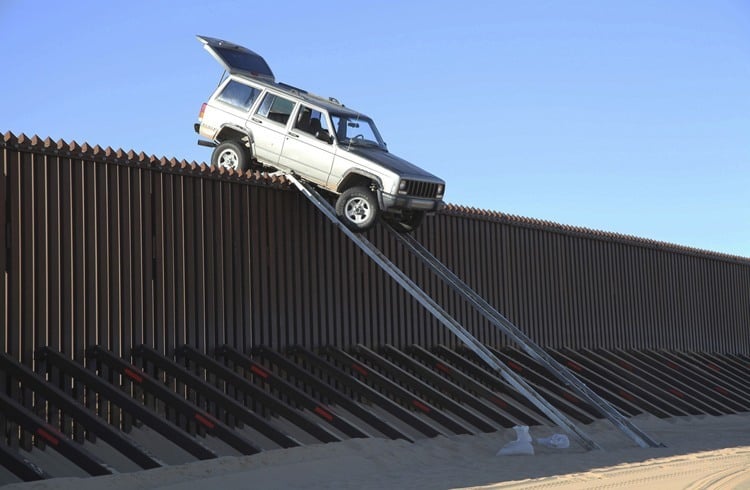 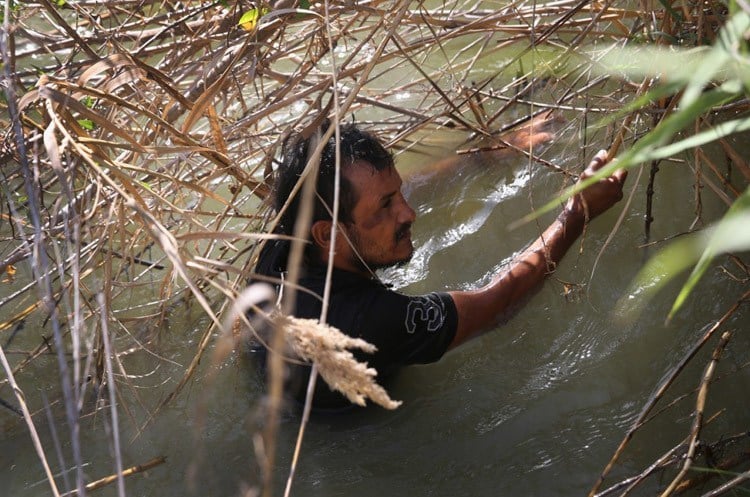 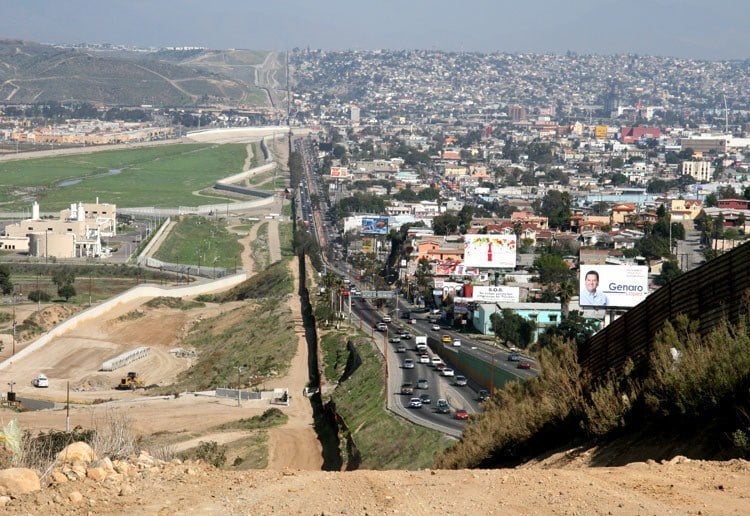 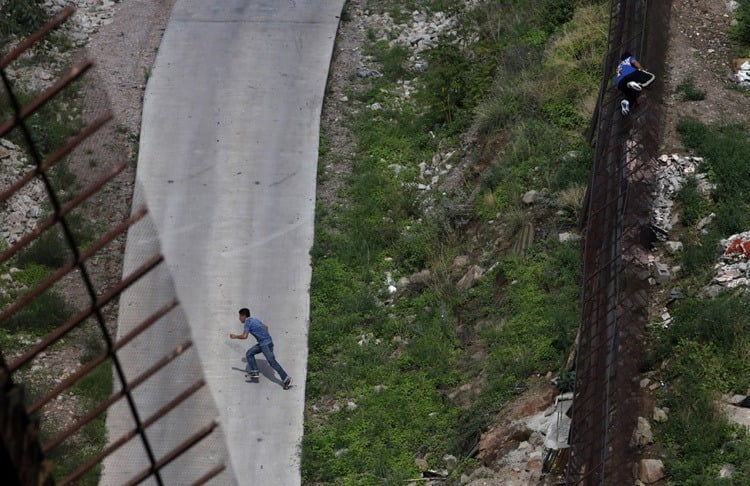 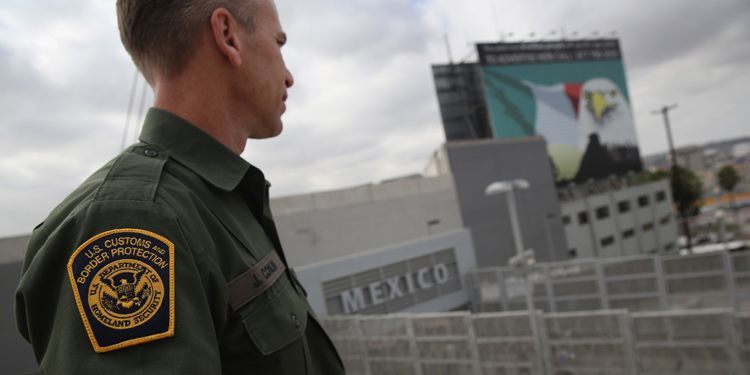 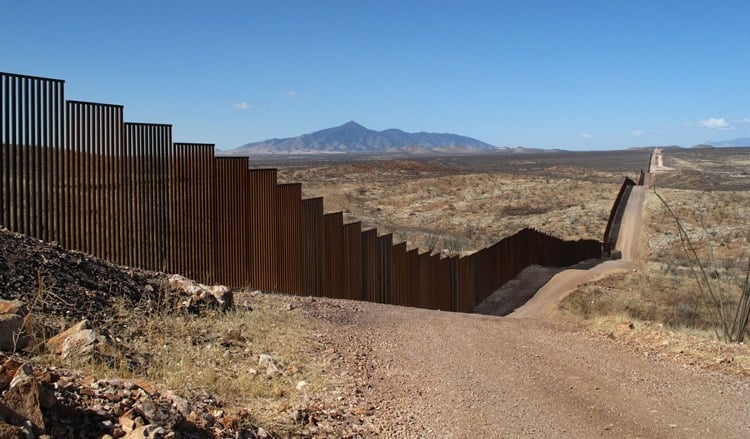 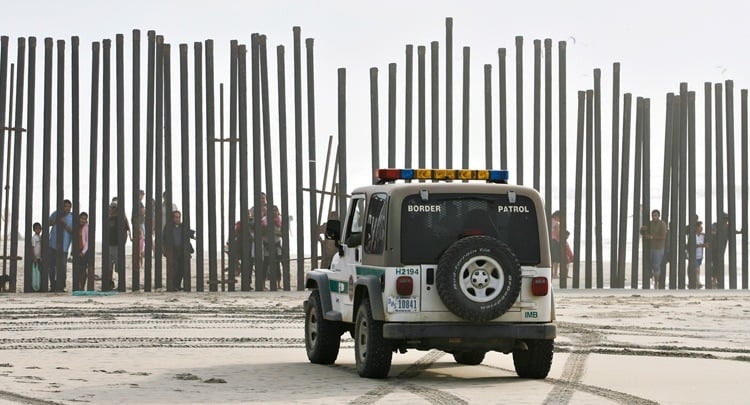 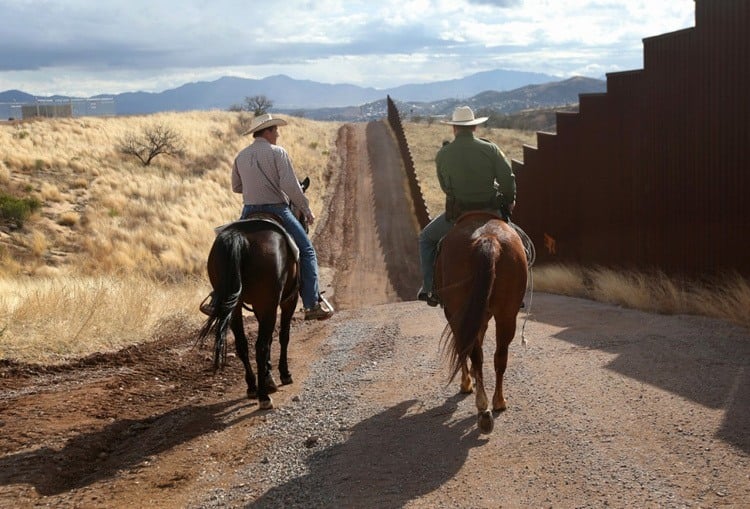 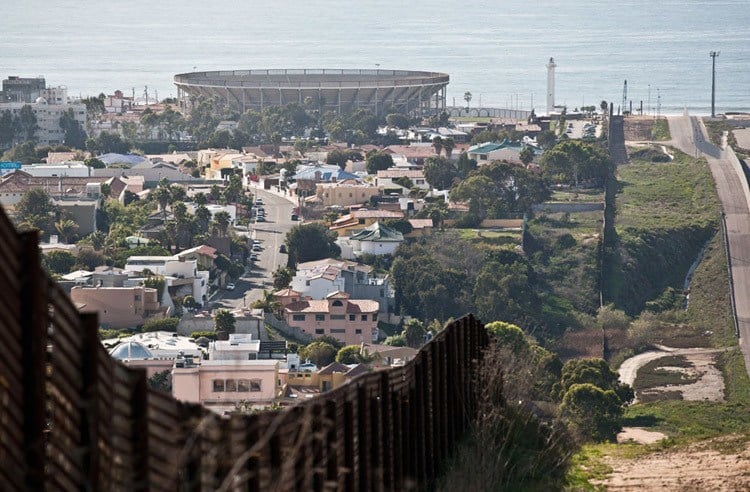 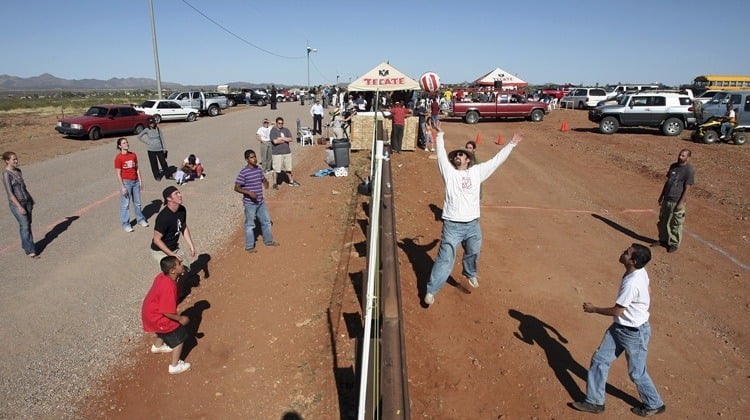 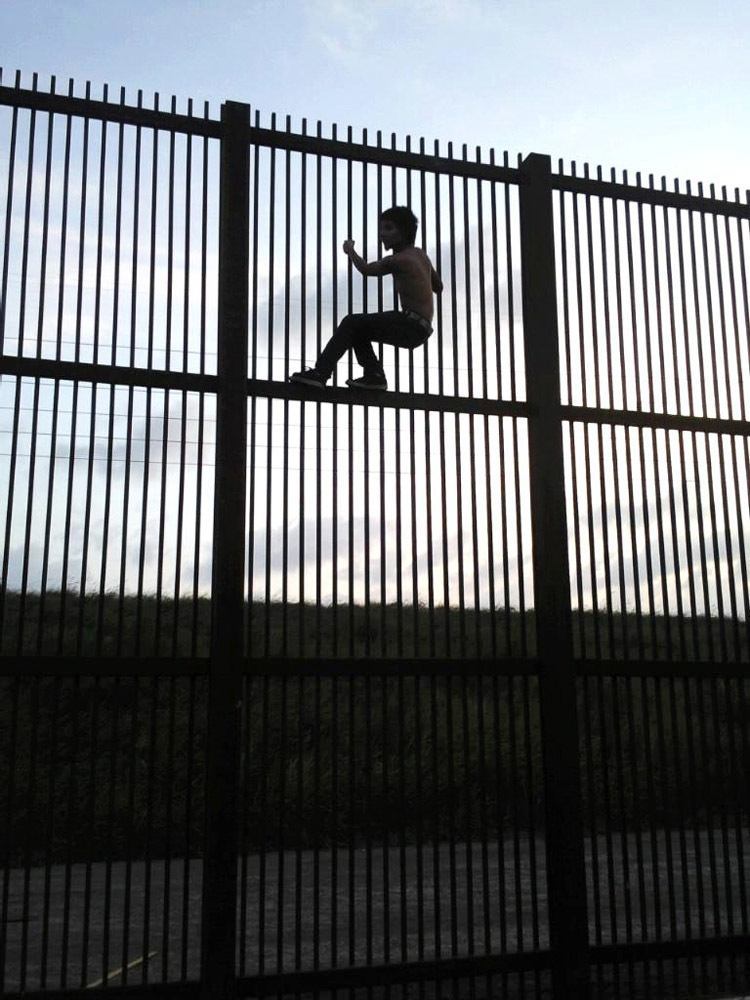 1 of 22
An aerial view of the land on either side; shown are the deserts of Yuma, Arizona and the crowded streets of San Luis Rio Colorado, Sonora, Mexico. Source: The Atlantic
2 of 22
An unnamed woman embraces her husband - as much as she can - through the border fence between Nogales, Arizona and Nogales, Mexico. Source: Agonistica
3 of 22
In Atliaca, Mexico, a girl sits after being abandoned by well-paid traffickers that promised her family they would gain her entrance into the United States. Source: Business Insider
4 of 22
Mauricia Horta Fuentes is photographed in Tijuana, Mexico in June 1012. After living and working in the U.S. for a number of years, Fuentes was stopped at a roadblock on her way to pick up her kids from school. She has been separated from her children ever since. Source: Agonistica
5 of 22
A Hereford, Arizona attendee of the United Border Coalition Tea Party Rally that saw activists lining up in protest of illegal immigrants along 70 miles of the Arizona/Mexico border. Source: The Atlantic
6 of 22
Each coffin on this section of border wall represents a year, and is marked with the number of people who died attempting to cross the border during that given year. The monument was erected as a protest to the extension of the wall known as Operation Guardian. Source: Tomas Castelazo
7 of 22
The Operation Guardian expansion is highly controversial on both sides of the border. The walls dividing the two nations now cover one-third of the border with new ‘virtual’ borders being tested and implemented on a larger scale with each passing year. Source: Agonistica
8 of 22
The number of children seen traveling alone from Central America is on the rise; here a Guatemalan girl waits for a train with other immigrants in Chiapas, Mexico. Source: NBC
9 of 22
The Douglas / Agua Prieta border wall and moat is one of the most imposing areas of the border. The new addition built in 2011 left no feasible way to cross from Mexico into Douglas, Arizona. Source: Border Realities
10 of 22
The journey to America is riddled with danger and the ever present possibility of being caught by border patrol. Crossers hide wherever they can in order to avoid guards. Source: Agonistica
11 of 22
A Jeep owned by suspected smugglers gets high-centered on a makeshift ramp, attempting to get into the United States. When security officials arrived on the scene, the two men fled back into Mexico and their vehicle and ramps were confiscated. Source: Agonistica
12 of 22
A suspected drug trafficker caught in the weeds on the bank of the Rio Grande River at the US-Mexico Border. Many dealers cross the border every day, successfully avoiding capture. Source: Agonistica
13 of 22
The stark contrast between San Diego and Tijuana can be seen here. The people on the California side of the border keep a definitive buffer zone, while the citizens of Tijuana expand virtually right onto the fence line. Source: Reddit
14 of 22
No matter the type or number of deterrents put into place, attempted crossings happen around the clock at many locations across the 1,988 miles of the U.S. and Mexico border. Source: Agonistica
15 of 22
A U.S. Customs and Border Protection agent glances out at the entrance into Mexico. This job alternates between monotonous and incredibly dangerous. Source: The Huffington Post
16 of 22
A seemingly endless wall; the image of desolation typically does little to stop those desperate for a better life. Source: Knau
17 of 22
A border patrol vehicle sits across from a group of onlookers peering through the wall at Border Field State Park in San Diego, California. Until the upgraded fencing was put up, it was one of the most traveled routes for undocumented immigrants entering the United States. Source: Arizona Capitol Times
18 of 22
Patrol Officer John ‘Cody’ Jackson rides along the fence line of rancher Dan Bell’s cattle ranch. Jackson works with area ranchers to coordinate the agency’s efforts on issues ranging from illegal immigration to drug smuggling. Source: Agonistica
19 of 22
A view of the Pacific Ocean, with Tijuana found just over the Mexican side of the wall. Source: The Atlantic
20 of 22
A glimpse of humanity within the political landscape; residents of Naco, Arizona join some people of Naco, Mexico for a volleyball match during the fourth “Fiesta Bi-Nacional”, where locals from both sides come together for a cross-fence party. Source: Agonistica
21 of 22
A young man in Brownsville, Texas attempts to climb the wildlife-friendly border fence using the beams for foothold. Source: Wikipedia
22 of 22 Violence And Separation: Life On The US-Mexico Border
View Gallery

While contemporary politics has created an apocalyptic vision of droves of opportunistic Mexicans entering the country illegally, the truth is much more complicated than that.

Net migration from Mexico has fallen sharply within the past decade, with most increases in undocumented immigrants stemming from Central American countries in the throes of political and economic crises. Stringent drug laws and a US-demand for cheap labor don't help to lessen the inflow of undocumented Central American immigrants, either.

The American people are deeply divided on what to do about the immigrants who continue to pour into the country, with amnesty, deportation and fences being the most popular “solutions”. Meanwhile, drug and human trafficking trades thrive given the socio-economic climate, and those struggling to live their lives on the border are wholly immersed in this volatile environment.

Check out the "holes" in the border argument in this video:

And then two fascinating VICE documentaries about life in deportee slums and the people who have crossed the US-Mexico border: