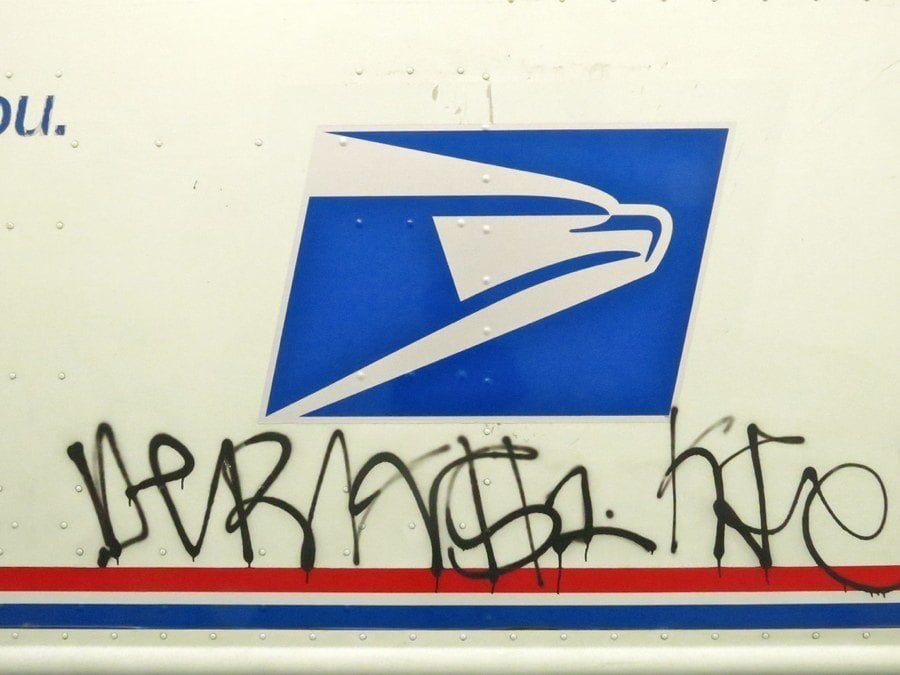 Plain and simple: The USPS didn’t do anything to combat the losses in mail volume caused by The Great Recession. US Government Accountability Office (GAO) Reports stemming back to 2009 display titles such as, “Deteriorating Postal Finances Require Aggressive Actions to Reduce Costs,” and “Broad Restructuring Needed to Address Deteriorating Finances.” In other words: If You Don’t Stop Doing Nothing, You’re Going to Be Screwed.

And screwed they were, as the USPS just didn’t restructure quickly enough to offset the decline in mail volumes and revenue. This is not to say that they didn’t cut costs: From the beginning of 2007 to the end of 2009, the USPS managed to save $10 billion, but this was mainly due to cutting work hours (201 million hours, to be exact). This was not an especially effective solution, especially for an organization already known for poor customer service. 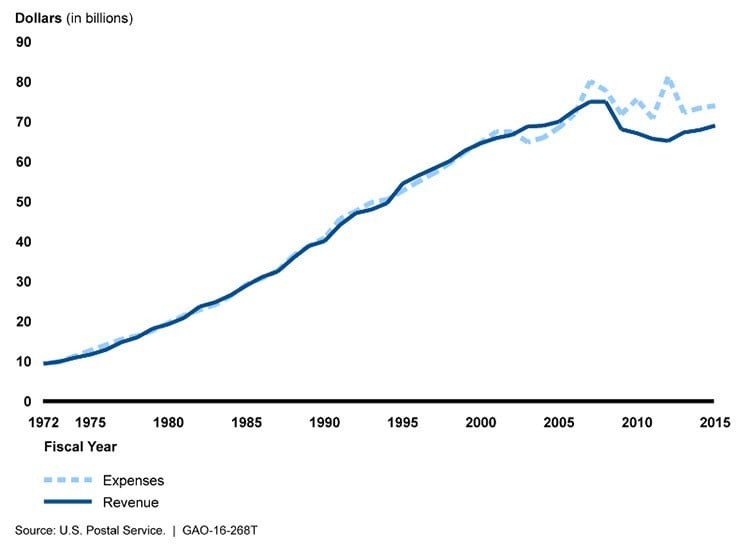 Quick fixes like this were never going to pull the USPS out of its grave. Even with the savings, they had to borrow the maximum $3 billion each year from the US Treasury in the same time period. In order to survive, they would have needed to overhaul their entire business model and find a budget and infrastructure not so heavily reliant on business mail volume even before the Great Recession happened.

Nevertheless, immediately after The Great Recession, USPS expenses shot back up in a way that was totally out of sync with their revenue (see graph above). And that’s just good old-fashioned mismanagement. The problem just got worse from there…