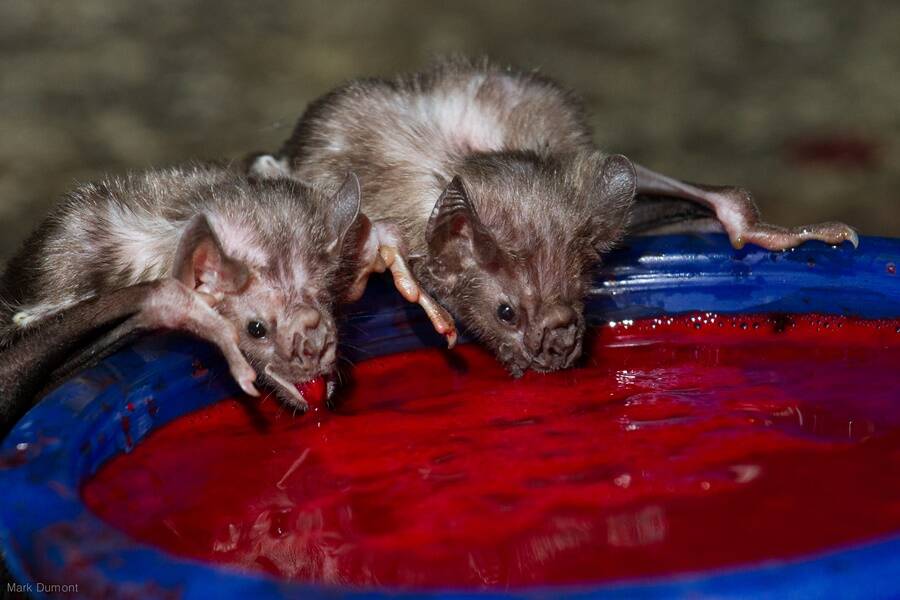 There are all sorts of strange habits that animals do to form and strengthen social bonds. Elephants use watering holes. Birds dance. Vampire bats share blood-drenched “French kisses.”

That’s right, according to IFLScience, researchers found that a social ritual among blood-sucking vampire bats involved sharing mouthfuls of blood. A new study of this behavior, published in the journal Current Biology, is described by the study’s authors as “visually resembling a sort of French kiss.”

“Food sharing in vampire bats is like how a lot of birds regurgitate food for their offspring,” said Gerald Carter, the lead author of the new study and an assistant professor of evolution, ecology, and organismal biology at Ohio State University. “But what’s special with vampire bats is they do this for other adults, eventually even with some previous strangers.”

Carter’s team studied a group of vampire bats — Desmodus rotundus, the only species of bats in the world that feasts on mammal blood — made up of two sets of roosts. These roosts came from entirely separate geographies, making it unlikely that any of the members of the two roosts knew each other.

Once the two sets of vampire bats were introduced, researchers documented their behavior over the span of 15 months. First, the social bonding began with unfamiliar members grooming each other, a common social behavior observed in other species like primates.

Then, presumably, after the bats became more comfortable with their new cohort, they moved on to another social ritual that was less common: exchanging blood meals. Not only did the vampire bats share meals, but they also did it through direct contact between their mouths. 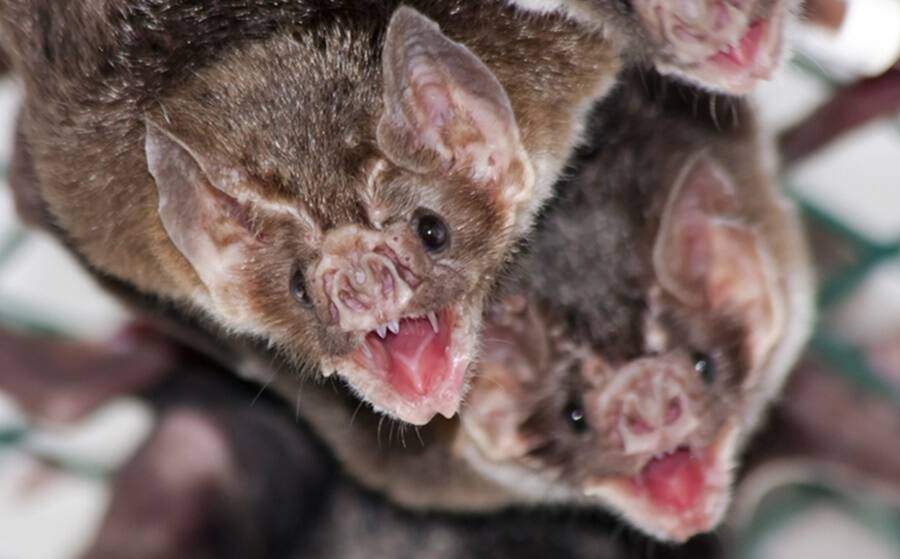 Wikimedia CommonsThe social ritual of sharing blood meals is also performed between bats unfamiliar with each other.

More surprisingly, nearly 15 percent of the studied bats were engaging in this social behavior with a previously unfamiliar partner.

Both the social rituals of grooming and sharing food provide necessary uses among animals within a shared group. Grooming helps the bats get rid of parasites from their skin which slows the spread of disease. Meanwhile, sharing food is essential to prevent members of the group from starvation.

In the case of vampire bats, they need to drink blood at least every three days.

“We go from bats starting as strangers from different colonies to groupmates that act to save each other’s life,” Carter said of the study. But researchers think that these social rituals offer more than convenience.

“Even if you remove all ectoparasites from their fur, they still groom each other more than necessary for just hygiene,” Carter pointed out. “We think of social grooming as a kind of currency – a way to gain tolerance and bond with another individual.”

These acts of mutually-beneficial behavior between animals of the same group also suggest a strategic way to test out a potential friend or mate before fully committing to a relationship. This strategic relationship building was first noted by researchers in the journal Nature back in 1998 and, as Carter explained, it makes quite a lot of sense.

“When you make a cooperative investment in another individual, there is a kind of risk, because if you have a bad partner, you can be even worse off than if you had just avoided them altogether,” Carter said.

Vampire bats feed on the blood of mammalian animals in the wild.

“So, what you could do is invest a little bit to test the waters. Then, if they invest back in you, that’s a signal to ramp up your investment, and so on.”

This strategic relationship building could explain why the vampire bats began their bonding through grooming before shifting to a more substantial ritual like blood meal sharing.

Next, Carter and his team plan to assess how bats choose their partners through a series of experiments.

“When two bats are unfamiliar, we have the opportunity to make a good partner or a bad partner and really see how that affects how the relationships form,” he said. “So what we’re trying to do now is use a variety of methods to really manipulate the relationships.”

Now that you’ve learned about the bloody ‘french kiss’ bonding ritual between vampire bats, read about the insane but totally real World War II plot to bomb Japan with bats. Then, checkout the ultra-rare dracula parrot that looks like a vampire and screams to communicate.