This 19th-Century Vampire-Hunting Kit Could Be Yours For About $4,000

The peculiar box comes with a number of tools believed to be effective in warding off evil, including empty potion bottles, a vial of sharks' teeth, a Bible, and a pistol.

You can never be overprepared, and that goes double when it comes to surviving a vampire apocalypse.

According to the BBC, members of the public interested in becoming vampire slayers will soon be able to purchase a 19th century “vampire-slaying kit” at the Hansons Auctioneers in Derbyshire, England.

One look at this vampire-killing tool kit and you’ll know straight away it came from a bygone era. The kit is housed in a gothic-style wooden box with a pink silk lining and holds a number of slayer-ready items, most notably empty potion bottles, three crucifixes, rosary beads, two pairs of pliers, a vial of shark teeth, a Bible, and a pistol.

But the origins of the vampire-slaying kit are a bit murky, according to its current owner who is putting the antique item up for auction after three years.

“I bought it from a large antiques fair in Newark-on-Trent,” admitted the owner who wanted to remain anonymous. “I have had it in my own collection for three years now…I know very little of its history.” 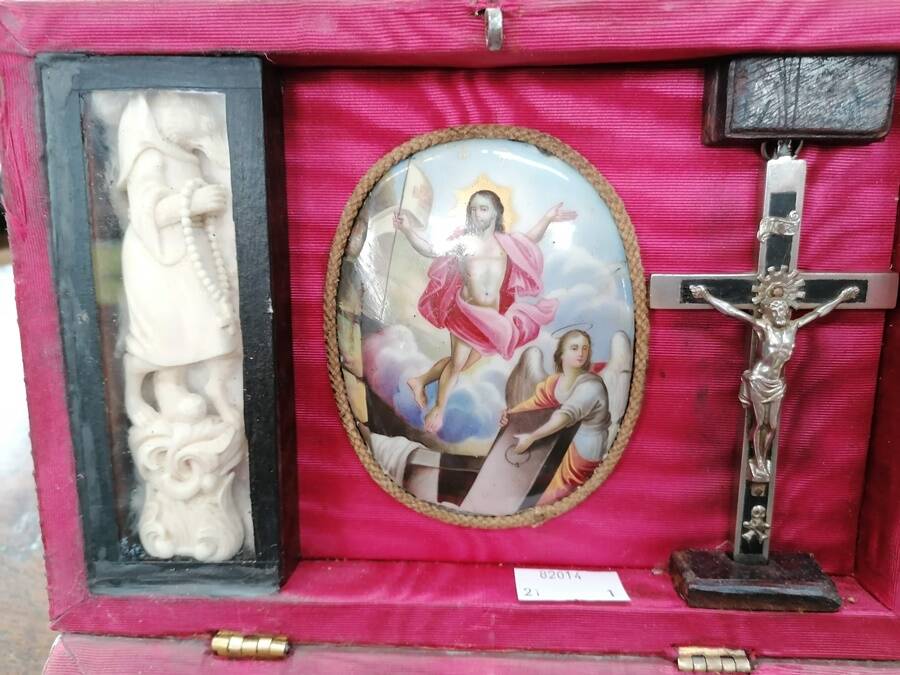 Perhaps one wonders why this person decided to purchase the peculiar item in the first place. Were they looking to moonlight on the graveyard shift?

“I loved the look of the Gothic box and, when I opened it, I just had to have it,” the owner explained. “I thought it was so interesting — a great conversation piece.”

Even if you don’t buy into the idea of blood-sucking creatures, the craftsmanship on the wooden box is certainly eye-catching. Inside, the box’s lid features an enamel painting of Jesus Christ’s resurrection and an ivory carving of a wolf wearing a hooded robe and carrying rosary beads.

Due to its mysterious background, it’s hard to tell exactly how old the vampire-slaying kit actually is, but there are some clues. The Bible inside the eight-compartment kit box is an 1842 edition of the New Testament. It even has an inscription from its previous owner, someone named Isabella Swarbrick who may or may not have slain vampires in her spare time.

Other similar slayer kits have been discovered in recent years, but they have largely turned out to be fakes. Many of them were assembled in later decades using Victorian-era items for a semblance of authenticity. 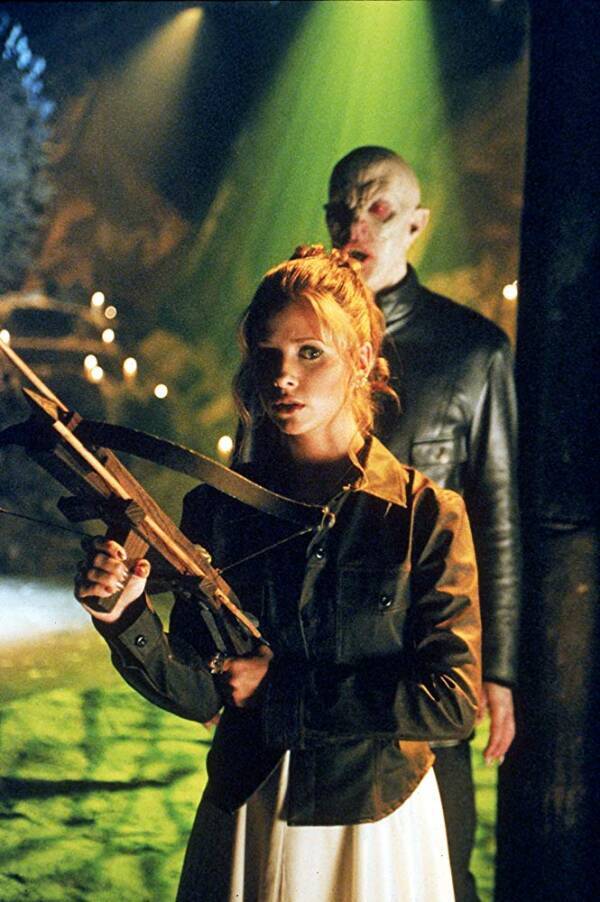 Buffy The Vampire Slayer/IMDB
Stories about vampires have endured in popular culture for 200 years.

Despite the dubious origins of many vampire-slaying kits, it remains true that tales of vampires were once taken to be fact.

“The task of killing a vampire was extremely serious,” auctioneer Charles Hanson said of the early century vampire trends. “Items of religious significance, such as crucifixes and Bibles, were said to repel these monsters, hence their strong presence in the kit we have found.”

Such urban legends were often fueled by stories of unbelievably cruel figures, such as Vlad the Impaler who is believed to be the inspiration behind the dracula legend, and society’s misunderstanding of certain diseases which were assumed to be wrought by supernatural forces.

Hanson also noted the influence of pop culture toward the public’s historical fascination of vampires, having been a consistent presence in TV and media for more than a century from Bram Stoker’s 1897 classic Dracula to modern TV shows like the FX comedy What We Do in the Shadows.

Bids on the vampire-slaying kit — an object of “supernatural interest” as described on the auction house’s website — will be accepted starting on July 21, 2020. The antique kit itself is expected to fetch an upwards of 3,000 British pounds or nearly $4,000.

Next, read about the Mercy Brown case, one of history’s craziest “vampire” cases and checkout the bizarre but true story of Béla Kiss, Hungary’s notorious “vampire” serial killer.