Vodka Sales Are Plunging In Russia

Russia's favorite "little water" is not doing too well. 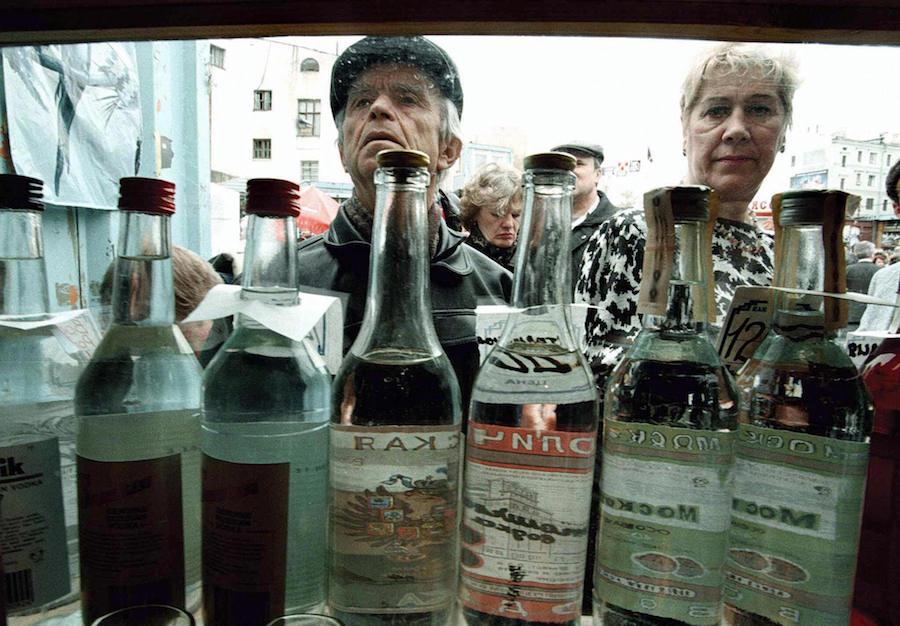 As the economic noose around Russia tightens, even the country’s drinks are falling on hard times.

Vodka sales in Russia are down while beer and wine sales are on the rise, according to a new report from the Russian Presidential Academy of National Economy and Public Administration (RANEPA). Compared to last year, Russian retailers are selling 13.4 percent less vodka.

This isn’t an isolated incident, however; data show that vodka sales have fallen over the past decade. Between the years of 2007 and 2009, vodka accounted for 53 percent of all alcohol sales in Russia. But by 2015, it accounted for only 39 percent. Beer and other lighter alcoholic drinks increased from 31-32 percent to 43 percent during the same period.

“Sales of vodka dropped catastrophically,” said Alexandra Burdyak, a senior researcher at RANEPA. “The drop was 13.4 percent against the same period of last year. The main decline occurred last year, when sales of vodka decreased by 12.6 percent compared to 2014.”

Some cite the changing, Western Europe-influenced tastes of Russian millennials for the decline in vodka sales, but Vadim Drobiz, director of the Center for Federal and Regional Alcohol Market Studies (TSIFRRA), disagrees.

“Because of the crisis, the main consumers of alcoholic drinks could have switched to cheaper options, this is possible,” Drobiz said. “But few people are capable of seriously saving on alcohol.”

“It should be borne in mind that consumers, and the Russians certainly in my experience, consider strong alcohol to be an antidepressant,” said Drobiz. “And that means that consumption of vodka and other spirits in the context of the ongoing economic crisis is not likely to fall.”

According to Burdyak, however, the rate of decrease in alcoholic sales has held steady since 2013. It peaked in 2007, and has declined ever since.

Russians have cut back on eating out as well, a visible response to a Russian economy continuing to shrink due to international sanctioning. Called “the crisis” internally, the economic troubles followed Russia’s globally criticized annexation of Crimea, formerly part of Ukraine.

“While the president has full sanction authority, there’s nobody left to sanction in Russia besides the janitor in the Kremlin,” Michael Kofman, a global fellow at the Wilson Center’s Kennan Institute, told Bloomberg. “In terms of expanding any kind of commercial or financial sanctions, we’re basically maxed out.”

Russian exports of vodka dropped 40 percent in 2015, according to Russian national business daily Kommersant. It cited decreased demand in the West and a loss of the Ukrainian market, where Russia annually exported $38 million worth of vodka before the conflict.

Next, check out what happened when Russia went without vodka for a day, before looking at the scariest things that have come out of Russia.