Five Volcanic Eruptions So Massive They Changed The World 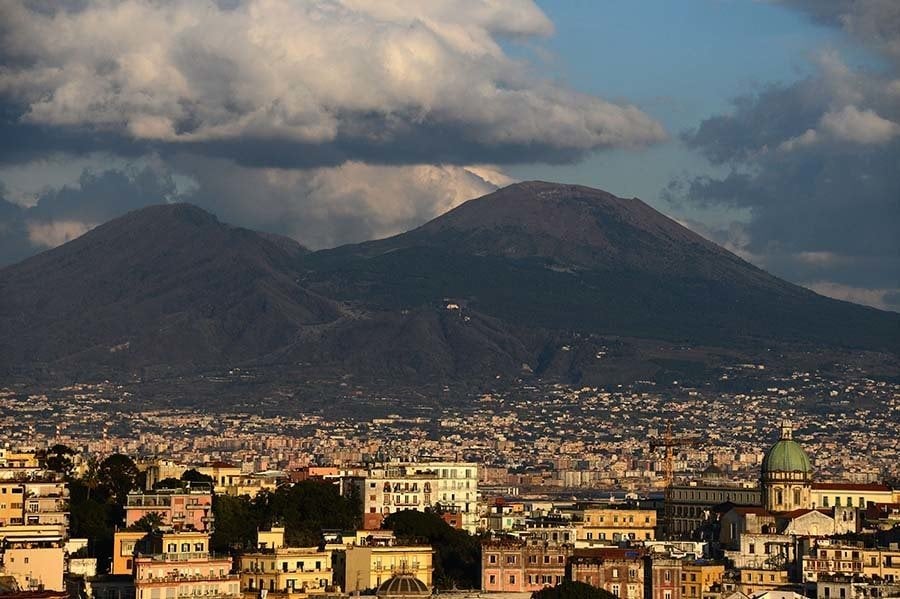 A view of Naples and Mount Vesuvius. GABRIEL BOUYS/AFP/Getty Images

Located east of Naples, Italy, this volcano is best known for wiping out the entire city of Pompeii (and several other Roman cities as well). The eruption sent a massive cloud of stone and ash 20 miles into the sky, releasing 100,000 times the thermal energy of the atomic bomb dropped on Hiroshima.

The intense heat also basically boiled the water in the nearby gulf (called hydrothermal pyroclastic flows), which was directly responsible for the deaths of more than 16,000 people. Archeologists have only found 1,500 bodies near Pompeii and Herculaneum, so the total number of fatalities has never been calculated.

The eruption that claimed Pompeii was detailed in letters by Pliny the Younger, a Roman poet, who was on the other side of the gulf at the time, giving him a front-row seat to the death and destruction. As he wrote, “Broad sheets of flame were lighting up many parts of Vesuvius; their light and brightness were the more vivid for the darkness of the night…it was daylight now elsewhere in the world, but there the darkness was darker and thicker than any night.”

The crazy thing about Vesuvius is that it’s actually erupted several times since — and people still live nearby. Indeed, it’s the only volcano in Europe to have erupted within the last century (the last eruption was in 1944) and to this day nearly 3 million people live in its vicinity. 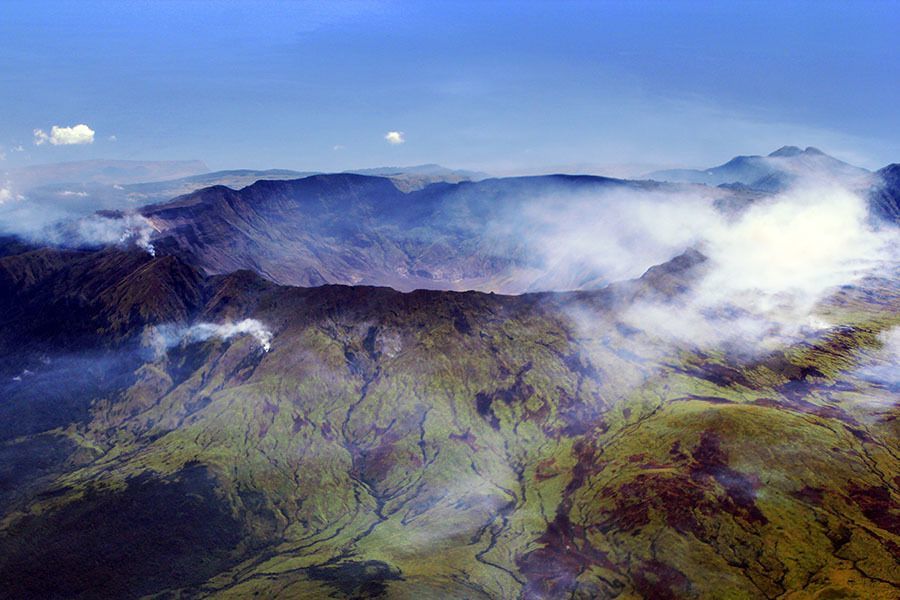 On the index of volcanic explosivity, the explosion of Mount Tambora on present-day Indonesia rated as a 7 — the highest ever in recorded history (Thera and Vesuvius, for example, were too early to rate).

The explosion was so powerful that it altered the world’s climate, causing the following year to be referred to as the “Year Without a Summer.” Global cooling indeed not only temporarily eliminated the season, but had profoundly detrimental impacts on harvests.

But the explosion alone hadn’t actually thrown the world into a mini Ice Age; it was just the culmination of climate cooling that had been going on for centuries. Mount Tambora just…sped things up a bit.

The Northern Hemisphere — New England and Western Europe, primarily — was the most deeply impacted by the cold temperatures. Snow was recorded on June 6th, 1816 in Maine, for example. The overnight frosts throughout New England were so consistent and profound that nothing could grow and the cost of grains and corn rose exponentially given the failure of so many harvests.

In Northern Europe, many families were forced out of Wales and scavenged for food, essentially becoming refugees in southern regions. In America, the failure of harvests in the east coast forced families to head west, and thus, expedited settlement in the country’s heartland.

If there was any upside to Tambora’s explosion, it was that high levels of tephra (rock fragments released in a volcanic eruption) in the atmosphere led to some of the most unbelievably gorgeous sunsets ever.