A Hawaiian Hiker Found A Stream Reeking Of Beer — It Turns Out The Water Has An Alcohol Content Of 1.2 Percent

After a local hiker discovered a stream in Waipio, Hawaii, that reeked of beer, local activists noticed that a nearby drain pipe was leaking alcohol — from a beer distributor across the street. 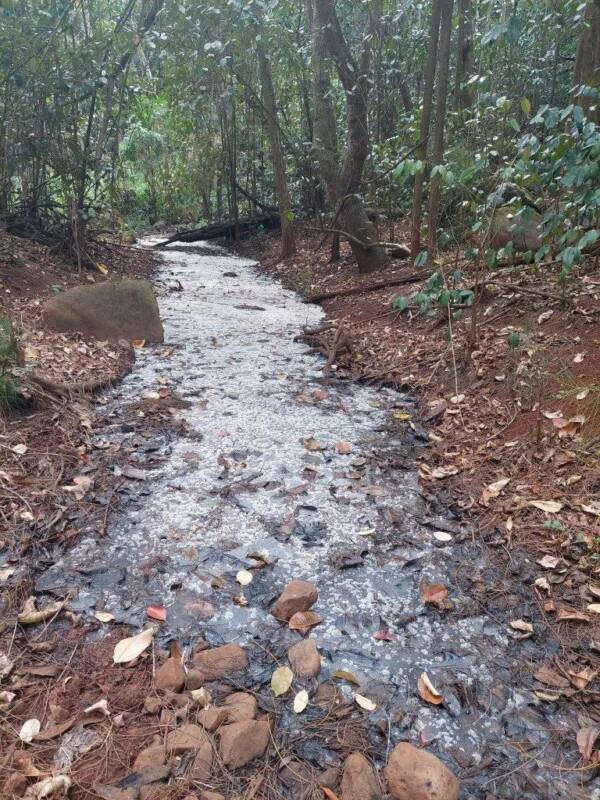 Carroll Cox/EnviroWatchActivists found that the alcohol was leaking from a storm drain beneath — and originated from an alcohol distributor’s warehouse.

In October, one hiker in Hawaii found more than he bargained for while trekking through Waipio on the island of Oahu when he noticed the overwhelming smell of beer coming from a small stream. And now, officials have just determined that the stream contains 1.2 percent alcohol by volume.

The hiker quickly got in touch with Carroll Cox, an environmental activist and head of the non-profit EnviroWatch. Cox has been an approachable watchdog for decades and has found streams contaminated with paint and cement many times before. But why this stream reeked of beer was a mystery — until Cox looked across the street.

Running about 120 feet below the H-2 freeway about 15 miles northwest of Honolulu, the stream was within striking distance from local alcohol distributor Paradise Beverages. Cox determined the pungent liquid was leaking from a storm drain poking out from underneath the freeway, down a cliff, and into the natural stream.

“He described the smell as being horrific,” said Cox. “The other day we came here you would think it was a beer pub that hadn’t opened its doors for three or four days.”

While the notion of an alcoholic stream might appear humorous, this sort of pollution makes for inhospitable environments for marine life. Cox noted that because the stream flows into Pearl Harbor, it could disrupt the delicate balance of life in Honolulu’s famous port. 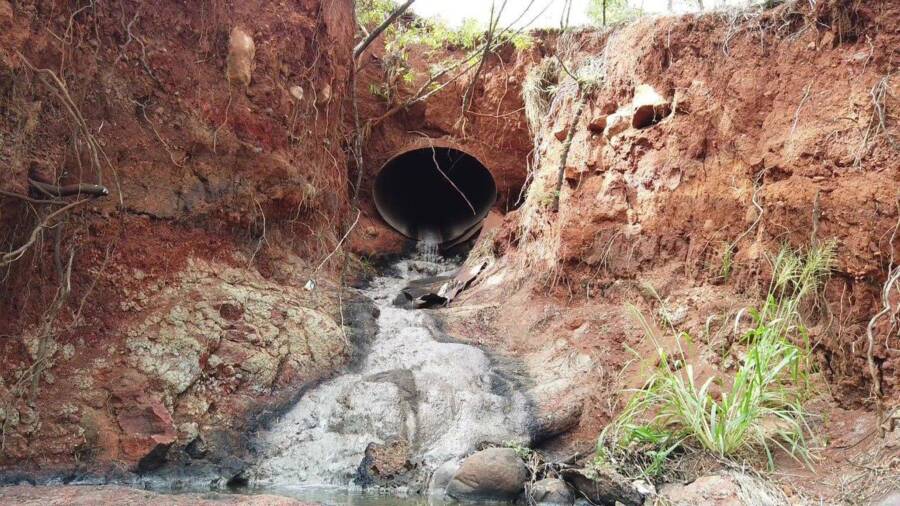 Carroll Cox/EnviroWatchThe stream water’s alcohol level was found be 1.2 percent, the equivalent of a low-ABV beer.

“We found a completely dysfunctional storm water drain… that dumps down the face of the canyon,” Cox said. “For me, this is just yet another day in paradise. Another horrendous, horrible day in paradise.”

The hiker contacted Cox on Oct. 27 and said he had previously tried to alert environmental groups to the issue five years prior. For years, people have known the stream to alternate between an overwhelming smell of fruit punch or stink of beer. And the analysis of the stream’s water contents by investigators at HawaiiNewsNow finally shows why.

In addition to the 1.2 percent alcohol content of the water, HawaiiNewsNow also found that it contains .04 percent sugar, giving the stream its unique smell. EnviroWatch reported its findings on Nov. 8 to government officials, who confirmed the pollutant source to be Paradise Beverages, the state’s largest supplier of alcoholic beverages.

“Right now, we’ve had the Department of Transportation come in with their representatives and we’re dealing with them and we’ve also been contacted by the Department of Health,” said Anthony Rowe, director of operations for Paradise Beverages. “It may be coming from us so that’s why we’re working with the proper authorities.”

While Cox said he wasn’t surprised by the polluting of freshwater streams, he certainly isn’t used to it, either. He described the issue as “commonplace” in Hawaii and that it was damaging an already fragile ecosystem threatening the last remaining wetlands across the state. 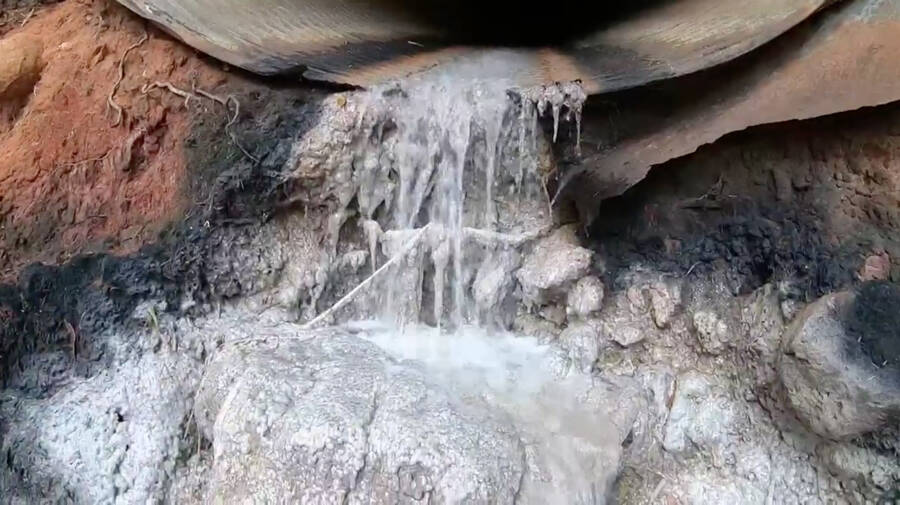 HawaiiNewsNow/YouTubeThe Hawaii Department of Transportation owns the drain pipe and has taken over the investigation.

Cox added that global warming correlates with rising sea levels, contaminating Hawaii’s freshwater sources with saltwater from the Pacific Ocean. This shrinking number of freshwater sources will inevitably hamper food and water accessibility across the state, while increasing storms cause erosion on the coasts.

“[There’s a] lack of respect for the land and the water, even though we preach it,” said Cox. “We don’t practice what we preach.”

Cox’s complaint to the Clean Water Branch of Hawaii’s Department of Health earlier this month noted that this kind of pollution was violating the Clean Water Act. He said that the “alcohol content is not suitable for marine life” and is not only “deleterious to the fish” but “toxic.”

“Hawaii is a fragile environment and it’s always at risk due to these kinds of dumpings,” said Cox. “What we want to see here in this case is that the Hawaii State Clean Water Branch takes legal action against the DOT, and then the DOT is bound to take action against the person that is responsible for the discharge.”

The Transportation Department said it would continue to work with the state’s Health Department and city and county of Honolulu to determine if further action is required. They confirmed they had not been aware of the problem until Cox alerted them to it.

“It’s disturbing,” Cox said. “It makes you want to pull your hair out, and I don’t have much left.”

After reading about the alcoholic stream in Hawaii, learn about the craziest Andre the Giant drinking stories. Then, read about the complicated history of Hawaii-U.S. relations.