Was Beethoven Black? Probably Not, But Here’s Why This Theory Took Off

For over a century, scholars, composers, and activists have hotly debated over Ludwig van Beethoven's race. Here's what the actual evidence says. 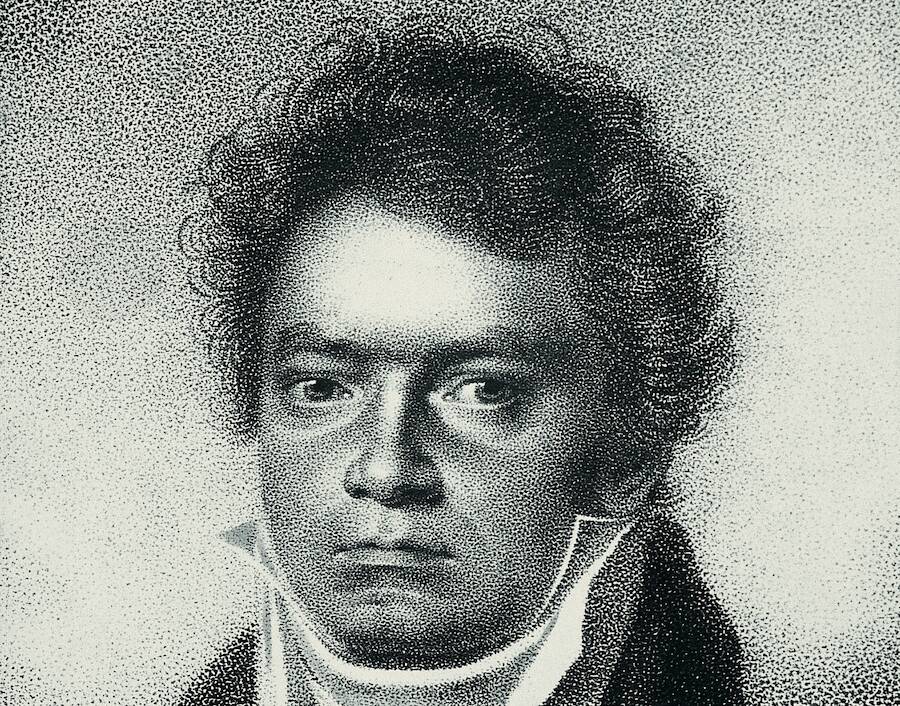 Imagno/Getty ImagesAn 1814 illustration of Ludwig van Beethoven by Blasius Hoefel, after a drawing by Louis Letronne.

Nearly 200 years after Ludwig van Beethoven’s death, some people still speculate about the legendary composer’s race. Though Beethoven is typically portrayed as a white man, some claim that he was actually Black.

Certain proponents of this theory point to comments from Beethoven’s contemporaries that describe him as “dark” and “swarthy,” with a “blackish-brown complexion.” Others claim that evidence of Beethoven’s African roots can be heard in some of his famous compositions themselves.

So, was Beethoven Black? Here’s how this theory first took off about a century ago, and why some think it’s the wrong question to ask.

How The Theory About Beethoven’s Race Spread 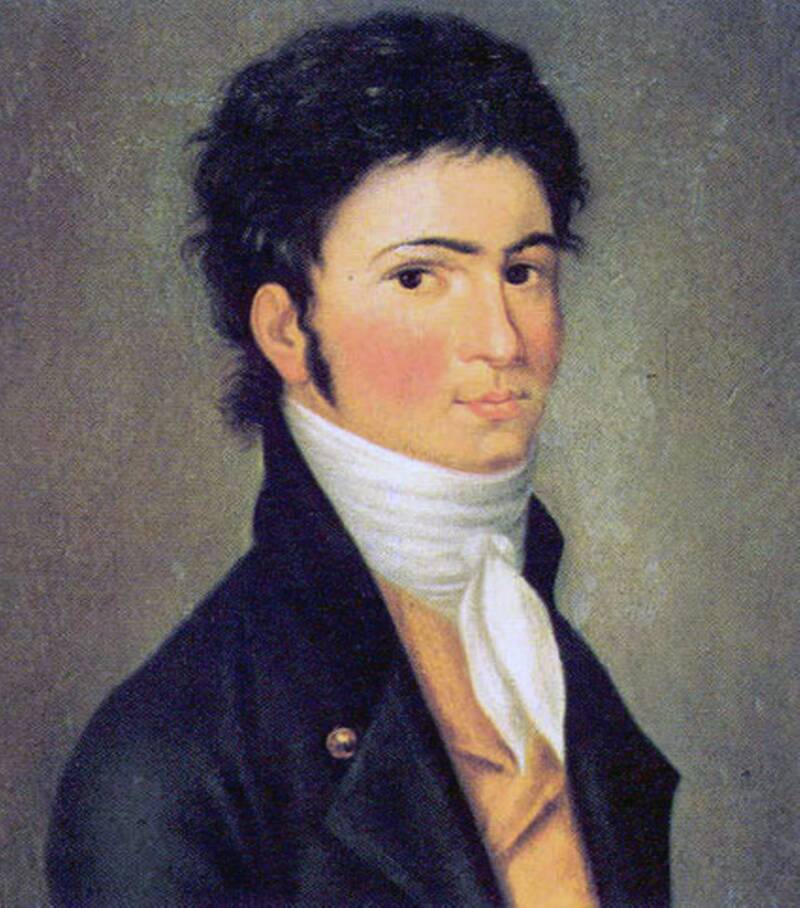 Ludwig van Beethoven became renowned in the 18th and 19th centuries for his classical compositions, including Symphony No. 5 in C minor. But questions about his race didn’t emerge until 80 years after he died.

In 1907, the mixed-race English composer Samuel Coleridge-Taylor claimed that Beethoven was Black for the very first time. Coleridge-Taylor, the son of a white mother and a Black father, saw himself as not only musically connected to the composer but racially as well — especially when he took a close look at illustrations of Beethoven and his facial features.

Returning from the U.S., where he’d observed segregation, Coleridge-Taylor declared: “If the greatest of all musicians were alive today, he would find it impossible to obtain hotel accommodation in certain American cities.”

Coleridge-Taylor’s idea took on momentum later on in the 20th century, as Black Americans fought for equal rights and tried to elevate unknown stories about their past. For example, one Black Power activist named Stokely Carmichael claimed that Beethoven was Black during a speech in Seattle. And Malcolm X told an interviewer that Beethoven’s father was “one of the blackamoors that hired themselves out in Europe as professional soldiers.”

The theory about Beethoven’s race even spread into the 21st century. The question “Was Beethoven Black?” went viral in 2020, with many social media users weighing in on Twitter and Instagram. But how much of this theory is just a bold idea — and how much of it is actually backed up by proof?

The Evidence Behind The Bold Theory 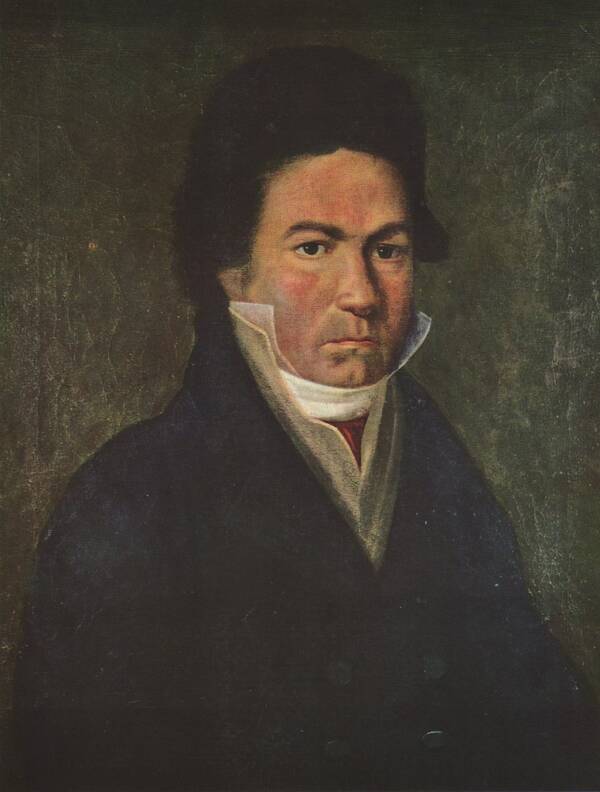 Public Domain Beethoven is widely believed to have been Flemish, but some have raised questions about his ancestry.

Those who believe that Ludwig van Beethoven was Black point to a number of facts about his life. For starters, people who knew the composer while he was alive often characterized him as having a dark complexion.

His contemporaries sometimes described him as “dark” or “swarthy.”

One Hungarian prince named Nicholas Esterhazy I even allegedly called Beethoven and his court composer, Joseph Haydn, “Moors” or “blackamoors” — dark-skinned people from North Africa or the Iberian peninsula.

However, the University of Alberta points out that the prince may have used the word to dismiss Beethoven and Hayden as “servants.” They also note that people of Beethoven’s day often used “Moor” to describe a white person with a deeper complexion — or someone who simply had dark hair.

That said, it wasn’t just European royalty who commented on Beethoven’s appearance. A woman named Frau Fischer, a close acquaintance of Beethoven, described him as having a “blackish-brown complexion.” And an Austrian writer named Franz Grillparzer called Beethoven “lean” and “dark.”

But Beethoven’s described appearance isn’t the only reason why some think the composer was Black. Proponents of the “Beethoven Was Black” theory point to his friendship with George Bridgetower, a British violinist who was known to be of African descent. Some see Beethoven’s friendship with Bridgetower as possible evidence that the two shared a similar heritage.

Beethoven’s friendship with Bridgetower, however, was in some ways not unusual at all. Though Europe of the 19th century is often depicted as being primarily white, dynamic trade routes through the Mediterranean meant that Black Africans regularly crossed paths with white Europeans.

In fact, it’s this frequency that leads to another theory about Beethoven’s heritage. Given that Black Africans often passed through Europe — and sometimes made their homes there — is it possible that Beethoven’s mother met a Black man and had an affair with him at some point?

Most scholars maintain that Beethoven was the child of Johann and Maria Magdalena van Beethoven, who were of Flemish ancestry. But that hasn’t stopped rumors from spreading about Beethoven’s mother — or one of his ancestors — having a secret relationship. The theory that Beethoven was Black, explains the Beethoven Center at San José University, “is based on the assumption that one of Beethoven’s ancestors had a child out of wedlock.”

These clues from history about Beethoven’s race are thought-provoking — and the rumors about his family are certainly controversial. But some point to another reason why they think that Beethoven was Black: his music.

In 2015, a group called “Beethoven Was African” released an album that tried to prove, through music, that Beethoven’s compositions have African roots. Their idea was radical, but not new. Back in the 1960s, a Charlie Brown comic strip even explored the “Beethoven Was Black” theory, with a pianist exclaiming: “I’ve been playing soul music all my life and didn’t know it!”

Still, there exists scant hard evidence that Ludwig van Beethoven was Black. And some think that it’s the wrong question to be asking in the first place. 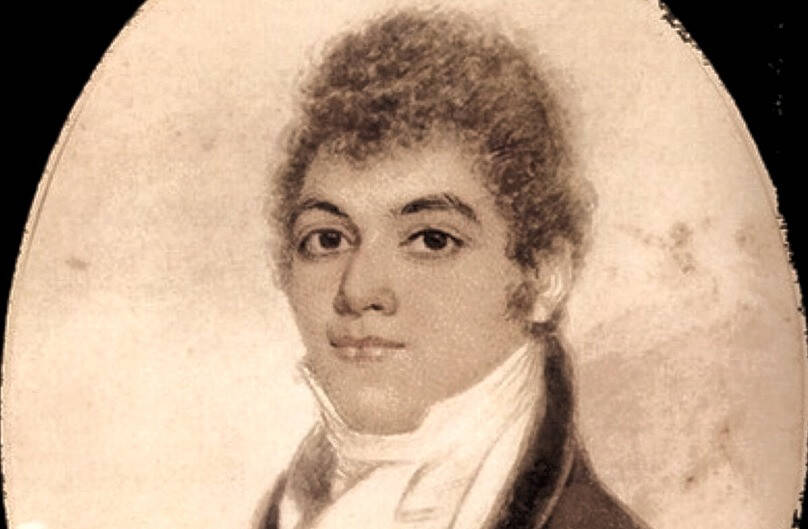 Wikimedia CommonsGeorge Bridgetower was a mixed-race violinist and composer who has been largely ignored by history.

“So instead of asking the question, ‘Was Beethoven Black?’ ask ‘Why don’t I know anything about George Bridgetower?'” Black German history professor Kira Thurman of the University of Michigan wrote on Twitter.

“I, frankly, don’t need any more debates about Beethoven’s Blackness. But I do need people to play the music of Bridgetower. And others like him.”

That said, Thurman understands where the desire to claim Beethoven as Black may have originated from. “There’s a way in which white people, historically, have constantly denied Black people any kind of association with genius,” Thurman explained. “And in a lot of ways, there is no figure that we associate more with genius than Beethoven himself.”

She continued, “The implication of the idea that Beethoven might be Black was so powerful, was so exciting and so tantalizing, because it threatens to overturn how people have understood or talked about race and racial hierarchy in the United States and around the world.”

But she points out that there are numerous talented Black composers whose genius works have been shockingly ignored by history.

For example, Bridgetower was a child prodigy like the more famous Mozart. The Chevalier de Saint-Georges, Joseph Bologne, was an acclaimed French composer back in his day. And some famous Black American composers include William Grant Still, William Levi Dawson, and Florence Price.

When Price premiered her Symphony No. 1 in E Minor in 1933, it was the first time that a Black woman had had her work played by a major orchestra — and it was extremely well received. The Chicago Daily News even raved:

“It is a faultless work, a work that speaks its own message with restraint and yet with passion… worthy of a place in the regular symphonic repertory.”

Yet Price — and other composers and musicians like her — are often forgotten as time goes on. While Beethoven is played ad nauseam and frequently featured in movies, TV shows, and commercials, the work of Black composers remains largely overlooked and cast aside. To Thurman, that’s the greater injustice, not whether history whitewashed Beethoven himself.

“Instead of spending our energy debating this issue, let’s take our energy and our efforts into lifting the treasure trove of Black composers that we do have,” Thurman said. “Because they’re not getting enough time and attention as they are.”

But the question “Was Beethoven Black?” is significant in other ways, too. It provides a way for society to ask some difficult questions about why certain artists are elevated and honored, and others are dismissed and forgotten.

“It makes us think again about a culture that gives his music so much visibility,” explained Corey Mwamba, a musician and BBC Radio 3 presenter.

“Had Beethoven been Black, would he have been classed as a canonical composer? And what about other Black composers lost in history?”

After learning about the surprising debate about Beethoven’s race, see what historians have to say about what Cleopatra looked like. Then, read about famous people with surprising interests unrelated to their careers.