11 Of The Weirdest Animals On Earth 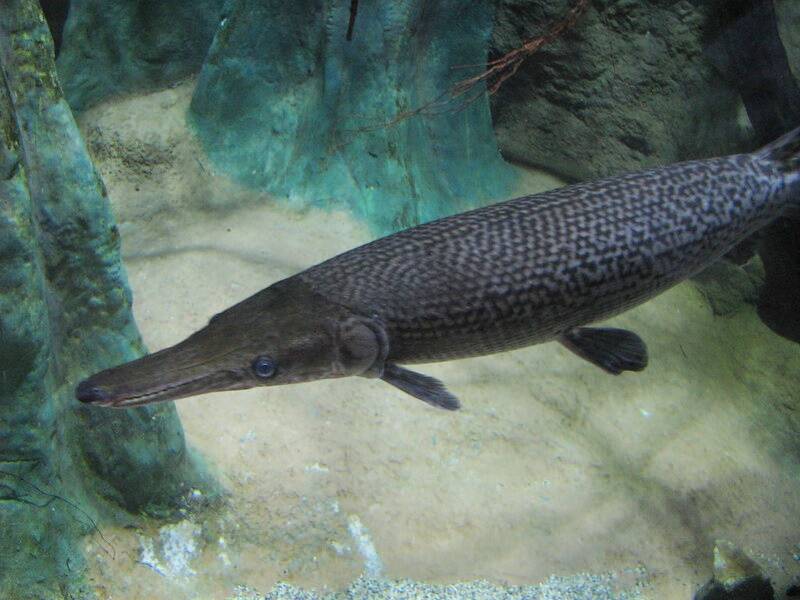 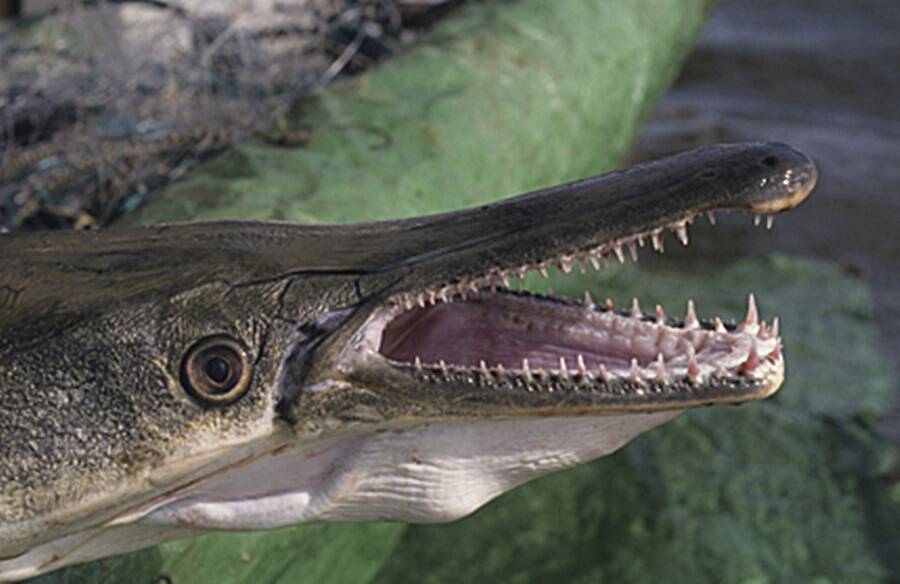 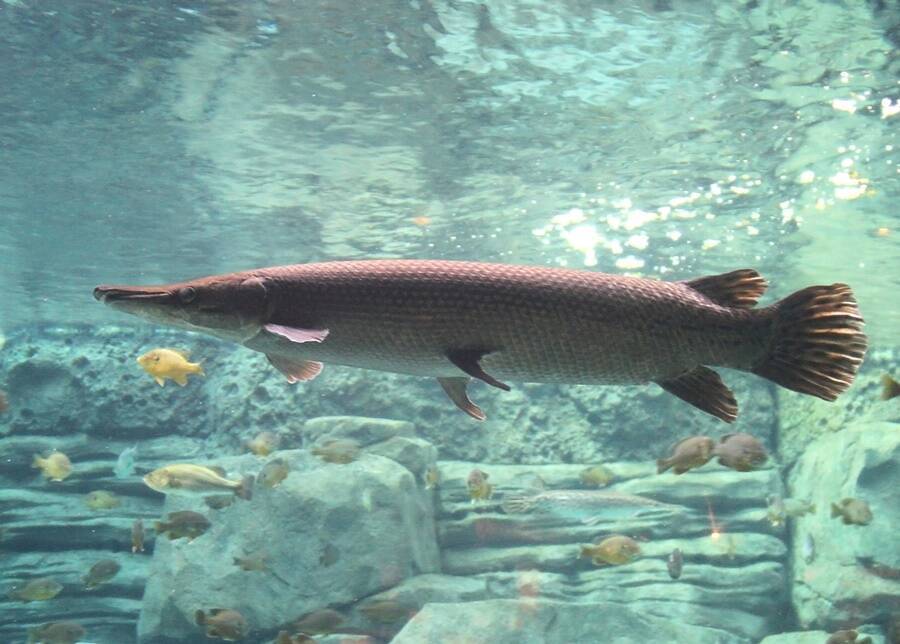 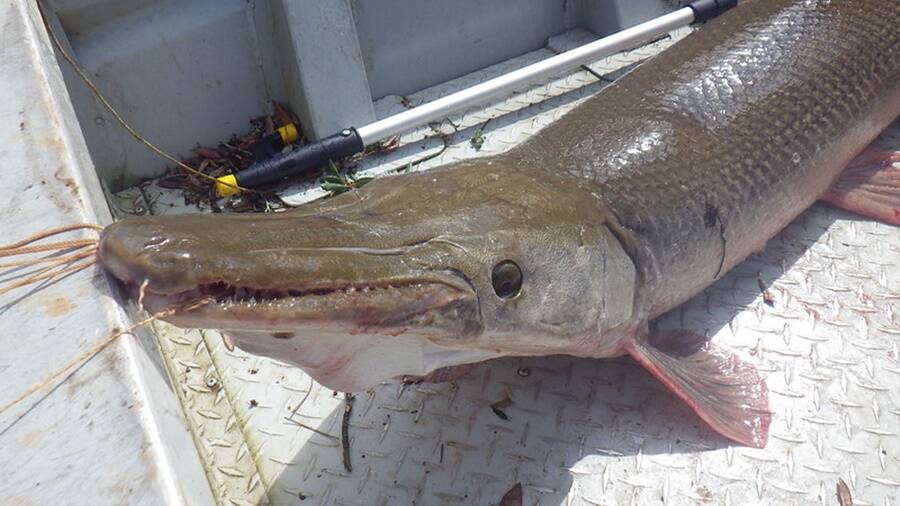 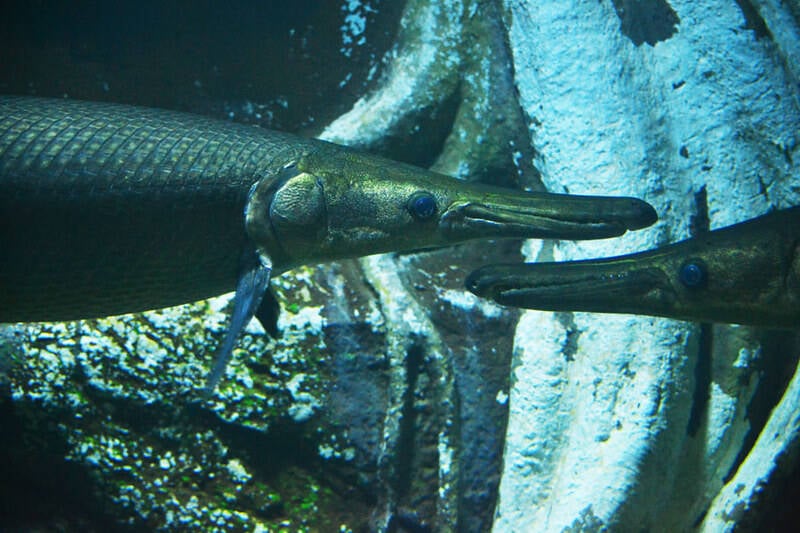 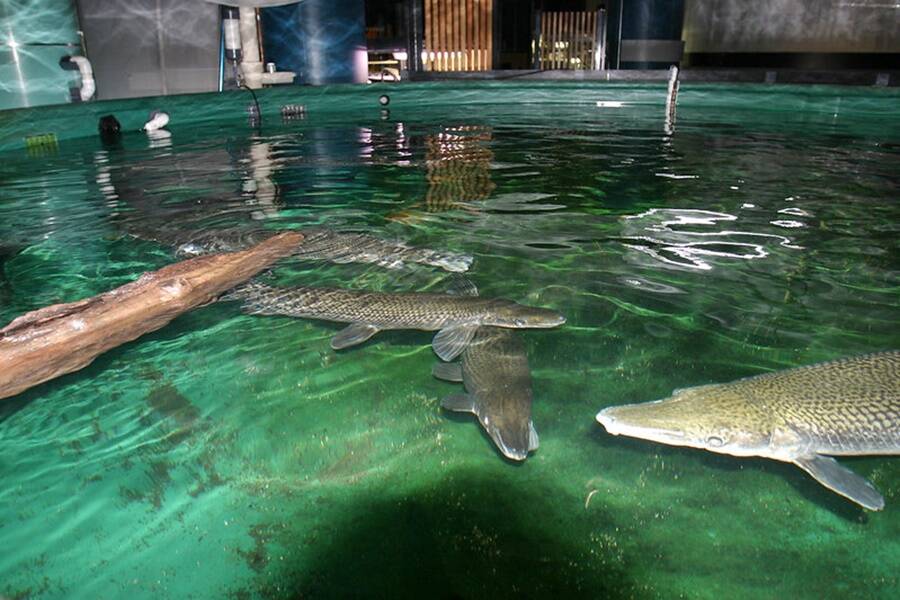 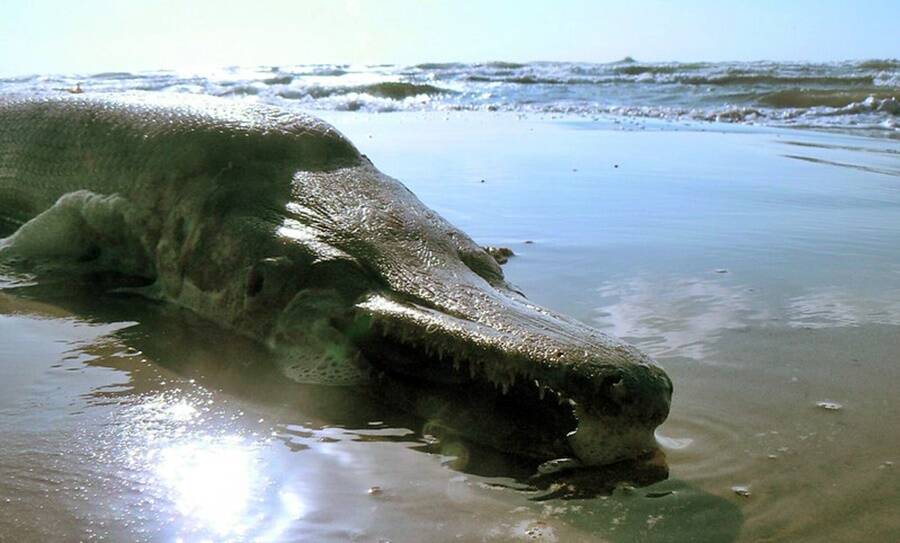 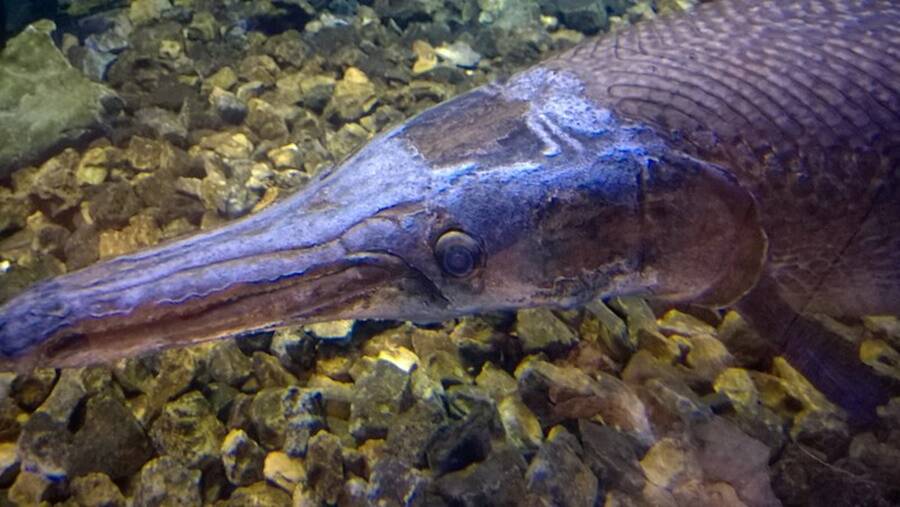 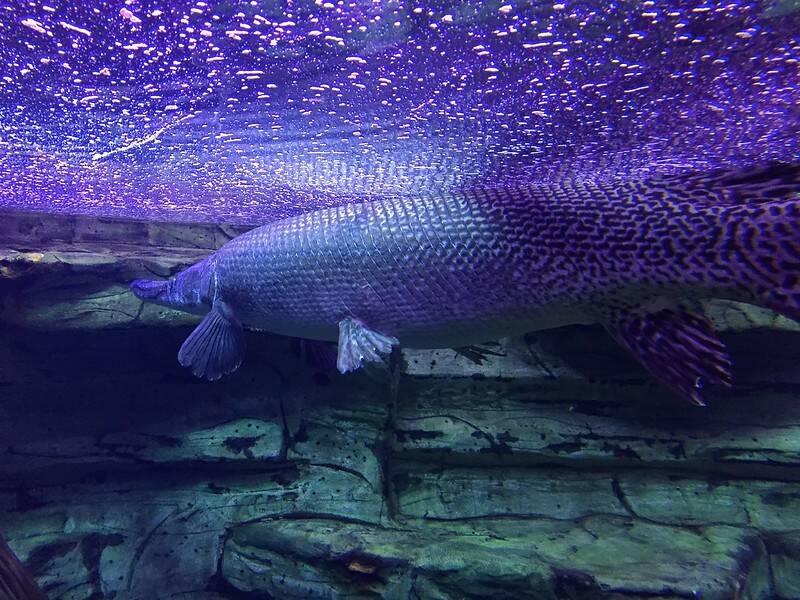 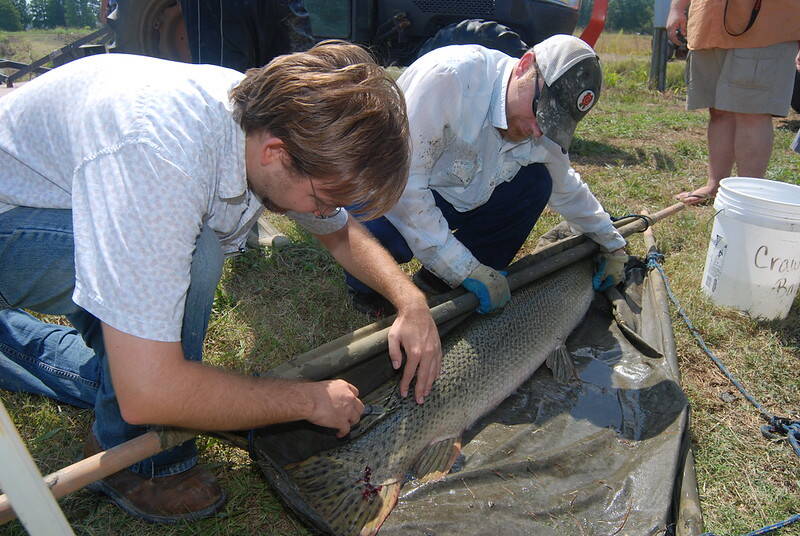 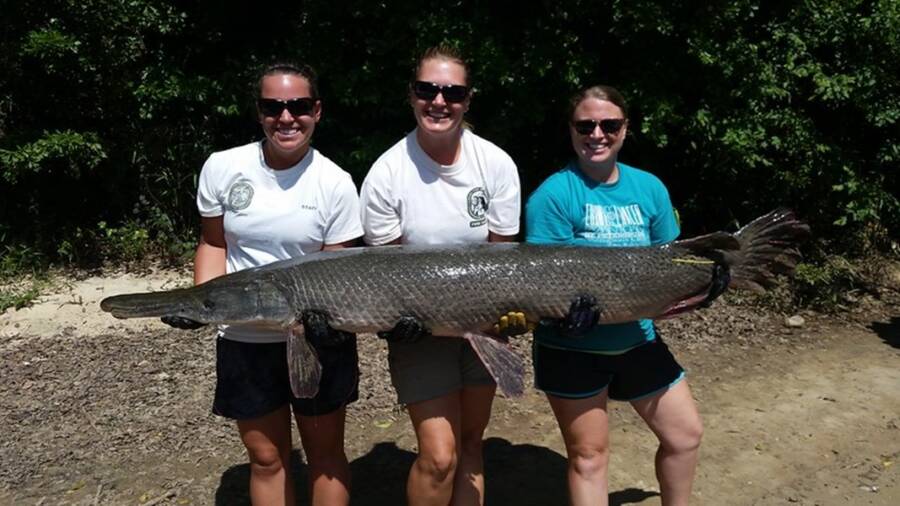 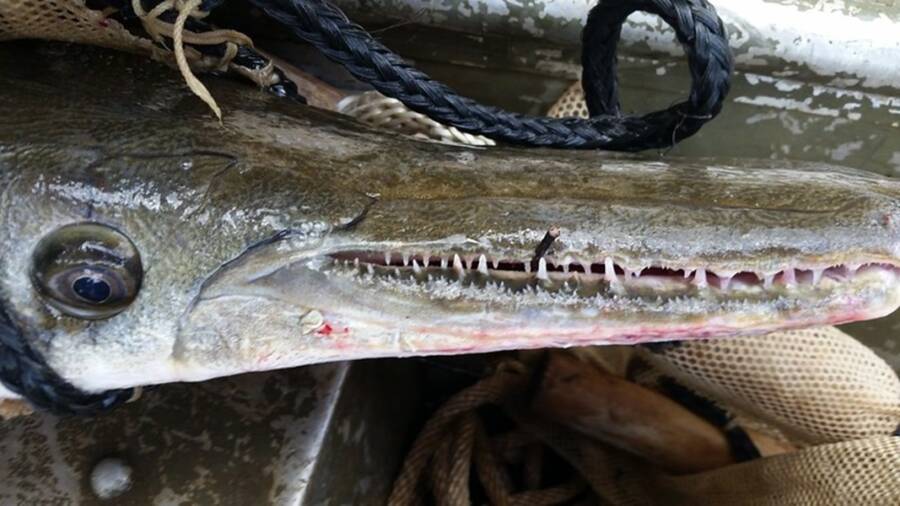 The largest alligator gar caught on a fishing reel weighed 279 pounds. It was caught out of the Rio Grande River in 1951.Wikimedia Commons
4 of 13
Contrary to what its name suggests, the alligator gar fish is not related to alligators. The nickname comes from the eerie resemblance between the two water predators. FWC Fish and Wildlife Research Institute/Flickr
5 of 13
These giant fish are the most abundant water predator found in Texas, where there are at least four species of gar that exist: the spotted gar, the longnose gar, the shortnose gar, and, of course, the alligator gar fish.mshehan/Flickr
6 of 13
They primarily prey on fish, small turtles, birds, blue crabs, and small mammals. Fisheries Consulting/Flickr
7 of 13
A dead gator gar washed ashore a Texas beach. These prehistoric fish can also be found in parts of Central America. Terry Ross/Flickr
8 of 13
The alligator gar's swim bladder allows it to gulp in air from the surface, making the giant fish adaptable in low-oxygen water. GSankary/Flickr
9 of 13
Alligator gars have a notoriously slow reproduction cycle. Some gator gars have been known to go without breeding any offspring for years at a time. vhines200/Flickr
10 of 13
Researchers must work together to handle the massive fish.Louisiana Sea Grant College Program/Flickr
11 of 13
The alligator gar was once hated by sports fishermen so much that they were considered "trash fish" and "bottom feeder" which led to overhunting of the fish during the 1950s.FWC Fish and Wildlife Research Institute/Flickr
12 of 13
Today, the alligator gar is considered a prize reel. It is even a delicacy among Southerners.

But there is still much that needs to be done to continue to protect its declining population. FWC Fish and Wildlife Research Institute/Flickr
13 of 13 11 Of The Weirdest Animals On Earth
View Gallery

Few fish alive today can trace their ancestors all the way back to the time of the dinosaurs. Among the fish species that can is the fearsome alligator gar.

Indeed, the alligator gar (or Atractosteus spatula) has a fascinating bloodline. Its historic ancestry is evident in its physical attributes, which have largely remained unchanged for the better of 100 million years. According to fossil records, the mega fish already existed on Earth during the Early Cretaceous Period 145 million years ago.

This strange animal can be found lurking in the rivers, lakes, and shores of Texas. In fact, these giant fish are considered to be the most abundant water predator to exist around the state. There are at least four different species of gar in Texas alone: the spotted gar, the longnose gar, the shortnose gar, and, of course, the alligator gar.

They are distributed in the lower Mississippi River Valley, from Oklahoma to the west, and parts of Arkansas, Texas, and Florida. Alligator gars can also be found across Central America and near the border of Mexico.

They can weigh up to 350 pounds and reach lengths of 10 feet. There have been reports of even larger alligator gar caught in the wild. Despite its name, however, the alligator gar is not related to alligators. The nickname comes from the monster fish's terrifying jaw full of jagged teeth which line its elongated snout.

But looks can be deceiving. The alligator gar is not considered an aggressive animal, especially not toward humans.

What's so unique about this terrifying fish is that its internal organ system is designed to ensure that it can withstand low oxygen levels. Gator gars possess gills just like any other fish — except they also have a swim bladder. This organ is connected to its gut by a special duct that enables the aquatic animal to gulp air from the surface and survive without much oxygen.

The gator gar once had a reputation as a "trash fish." During the 1950s, these beasts were considered pests and demonized because they were said to prey on valuable sporting fish. The misinformation about these weird albeit harmless creatures ultimately led to a severe decline in their population.

The drop in the alligator gar's population was likely exacerbated by its slow rate of reproduction. Alligator gar have been known to go without producing offspring for years at a time. As a way to conserve the alligator gar's survival, researchers began giving the misunderstood fish a "makeover" by raising awareness about their role in the ecosystem.

In the South, fried gar balls and filets are commonly served, and there are even some businesses that sell novelty jewelry made from the fish's scales. The only thing inedible to eat from the alligator gar is its toxic eggs.