Two Weird Beaches You Have To Visit In Hawaii 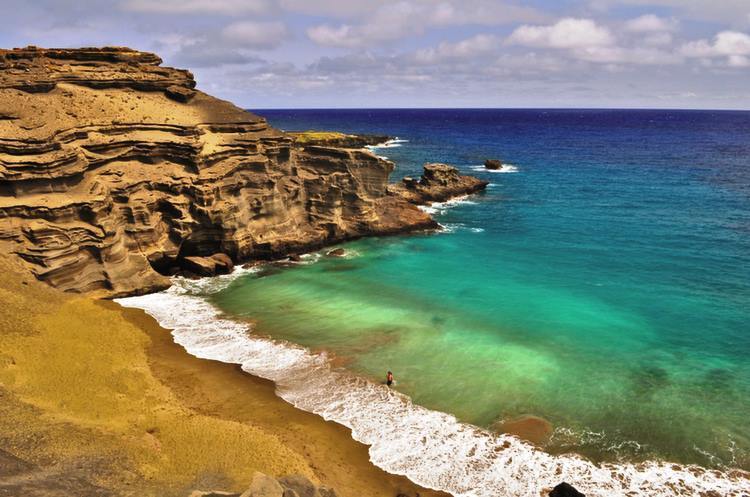 Tourists have quite a journey ahead of them if they want to reach Hawaii’s Papakolea Beach. If traveling by foot, they should prepare themselves for a three-mile trek in the blazing sun. Getting there by car isn’t much easier: beach enthusiasts will need a tough 4×4 and an experienced driver who knows how to navigate the rugged terrain. Despite this—and the fact that Hawaii is filled to the brim with beautiful beaches–people still make these sorts of efforts every day. Why? Because Papakolea is special. 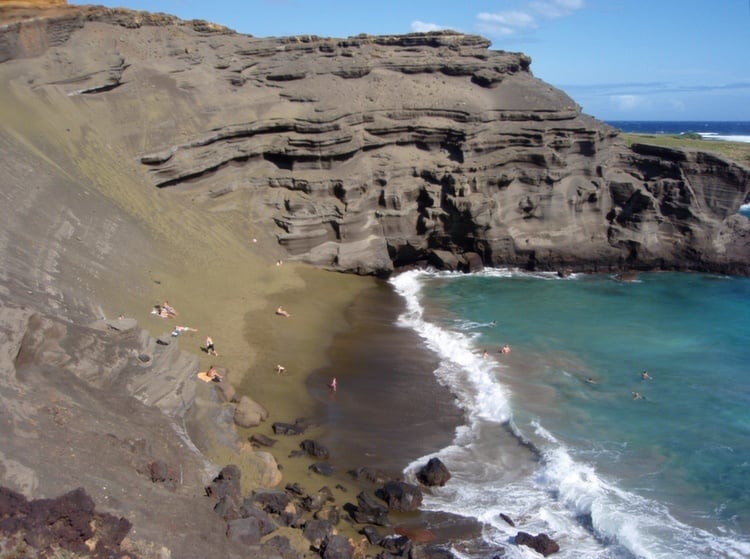 It’s not too hard to see why. In fact, the beach’s peculiarity is pretty striking and obvious from afar: Papakolea sand is green. Olivine, a silicate material which is part of the cinder cone there, is behind all of this. It is a common crystal byproduct of Hawaii’s volcanic activity, which is why it is also referred to as Hawaiian diamond. Actually, quality olivine is a genuine gem called peridot, which is very similar to emeralds. 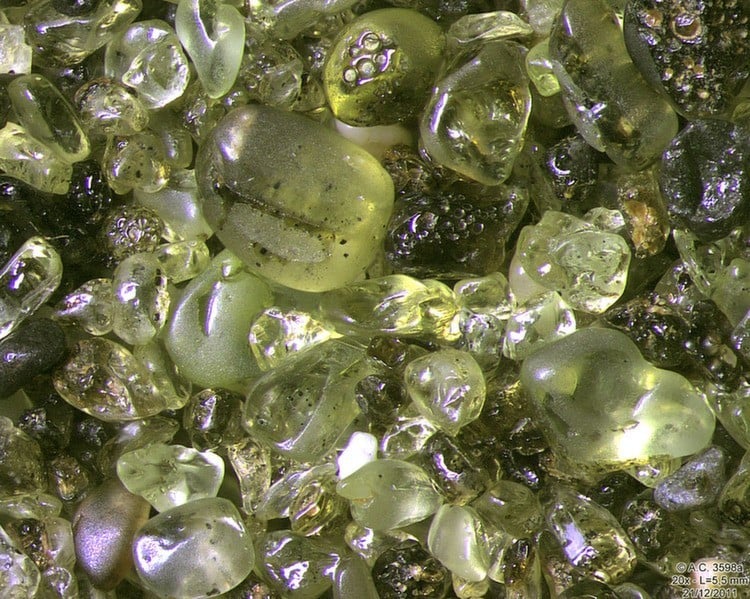 Olivine can be found all over Hawaii but Papakolea Beach is still the only place on the island where olivine is present in such large quantities that it changes the color of the beach. In fact, there are only three other green sand beaches in the world: one in Norway, one in Guam and one in the Galapagos Islands.

If you were born in August, peridot is your gemstone Source: Gemstone Buzz

Papakolea isn’t the only unusual beach in Hawaii. Punalu’u Beach sands will baffle visitors in much the same way as Papakolea, except here the sand is black. This time, the culprit isn’t olivine, but basalt. Lava flowing from volcanoes reaches the ocean and cools down, then makes its way back to the beach in a much darker form. 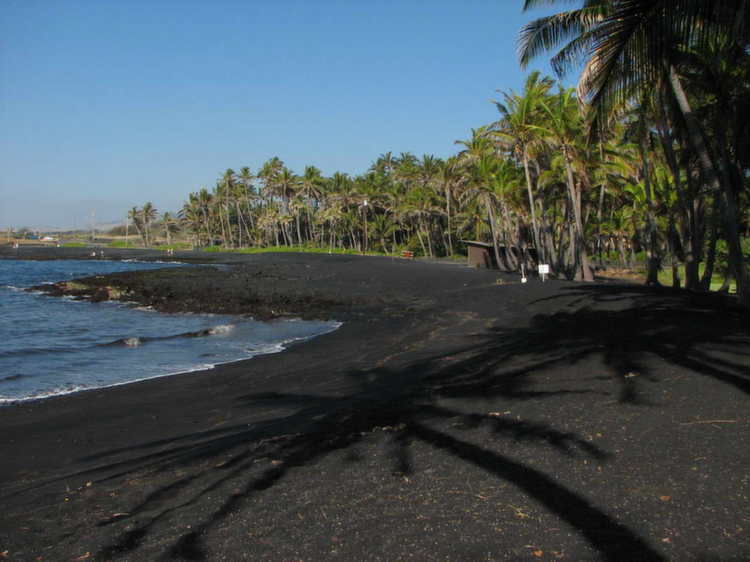 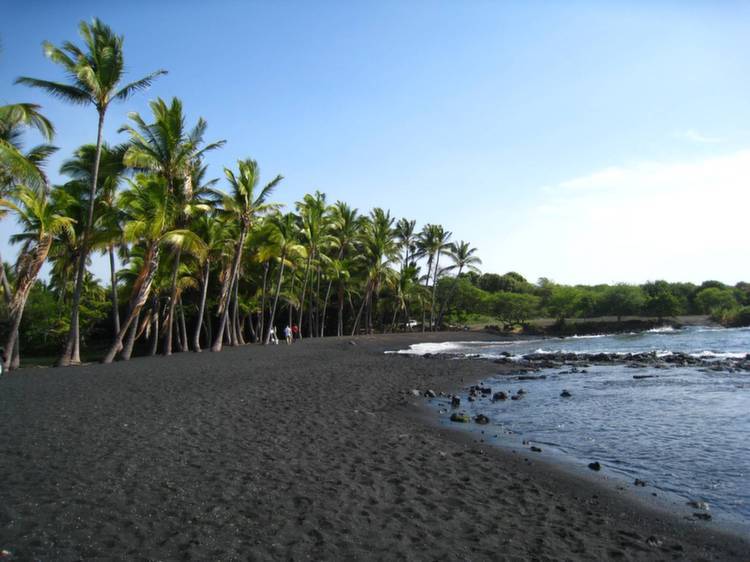 Black sand aside, Punalu’u Beach isn’t really a great choice for people looking for the nirvana that comes with tranquil waters. The swimming area is very rocky, and since freshwater flows in from an underground source the water is extremely cold—not to mention odd looking. 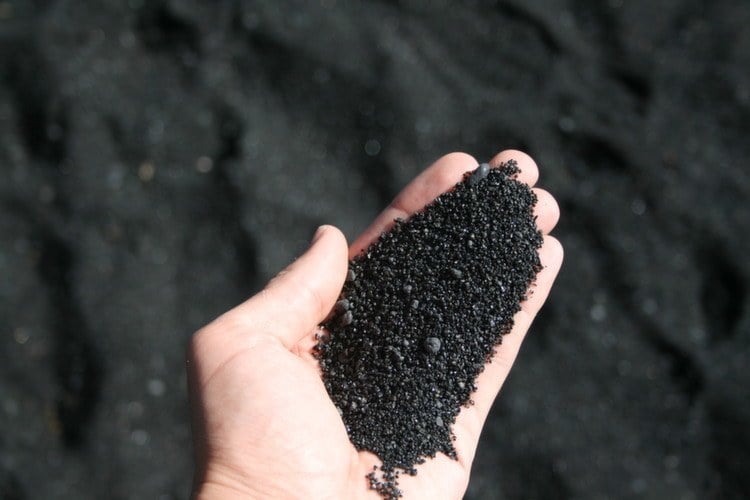 Source: When On Earth

Even so, there is good reason to visit Punalu’u Beach apart from the obvious black beach novelty – the animals. The area is home to many endangered species like the green turtle, the Hawaiian monk seal and the Hawksbill turtle. All of them are accustomed to humans by now so they will often pay little mind to those around them. This creates a lot of great photo opps, but don’t you dare thinking about petting them: Hawaiian law prohibits people from touching them. 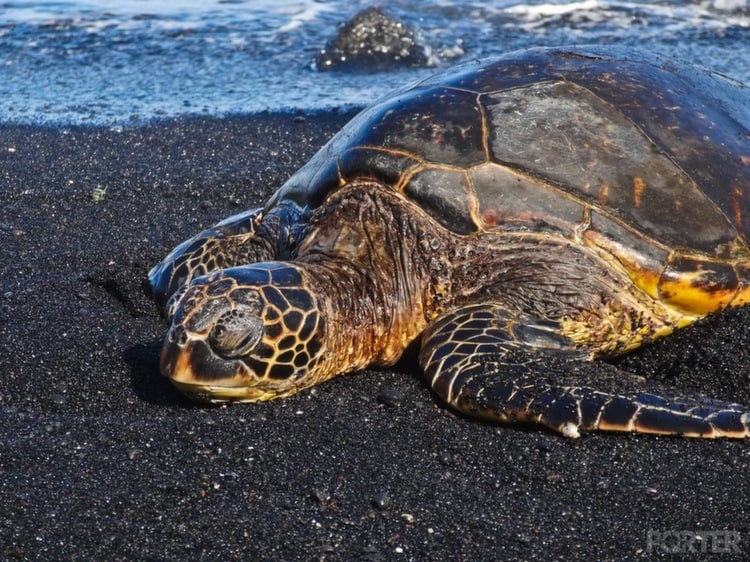 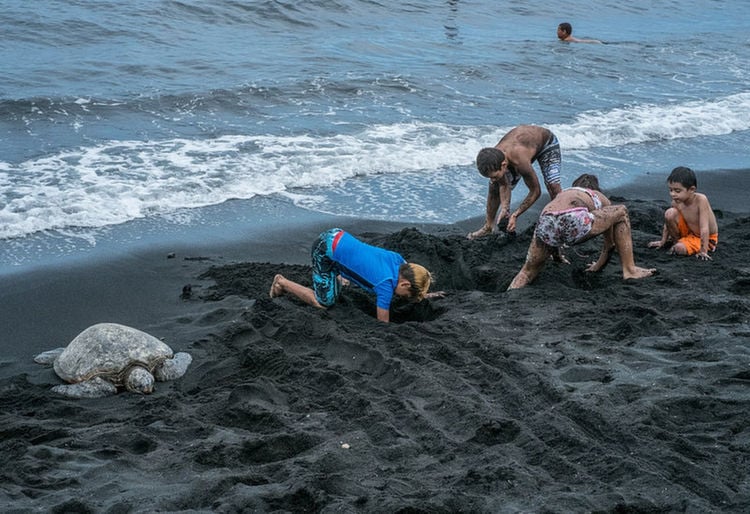 Next, check out six of the most beautiful beaches on Earth.