At least 11 women were killed and then buried in the desert during the West Mesa murders that took place in Albuquerque, New Mexico between 2001 and 2005. 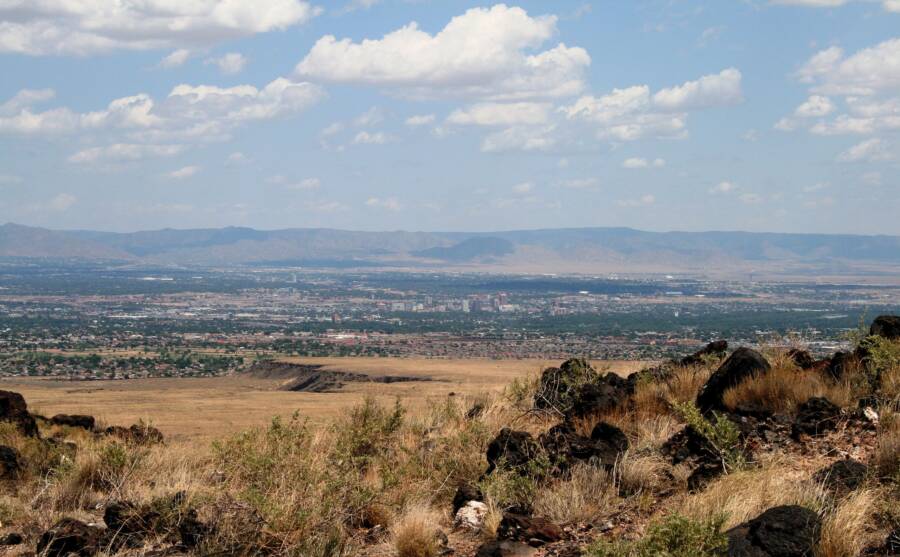 Wikimedia CommonsDowntown Albuquerque as seen from the West Mesa.

At first, it was like any other Monday night, but Feb. 2, 2009, would stick with Christine Ross forever. Ross walked her dog, Ruca, along along a dried-out wash in Albuquerque, New Mexico. Then, Ruca found a bone resembling a femur. Ross would soon discover that 11 dead bodies, now known as the West Mesa Murders, lay beneath.

It was the most disturbing murder case Albuquerque police had ever seen — and it remains unsolved to this day. It took nearly a year for medical examiners to identify the decomposing victims, most of whom were Hispanic and all of whom were female. Reported missing between 2001 and 2005, they ranged in age from 15 to 32.

The fact that all but one of the victims had links to sex work initially helped guide the police investigation for the serial killer they dubbed the “West Mesa Bone Collector.” But not even FBI profilers were able to find the killer. To this day only theories remained.

Promising leads became dead ends with every cleared suspect. Detectives were left with the fact that serial killers move with ease, often vanishing long before their victims are ever found. Perhaps precisely because of this, the FBI’s $100,000 reward for information has gone uncollected for over a decade. 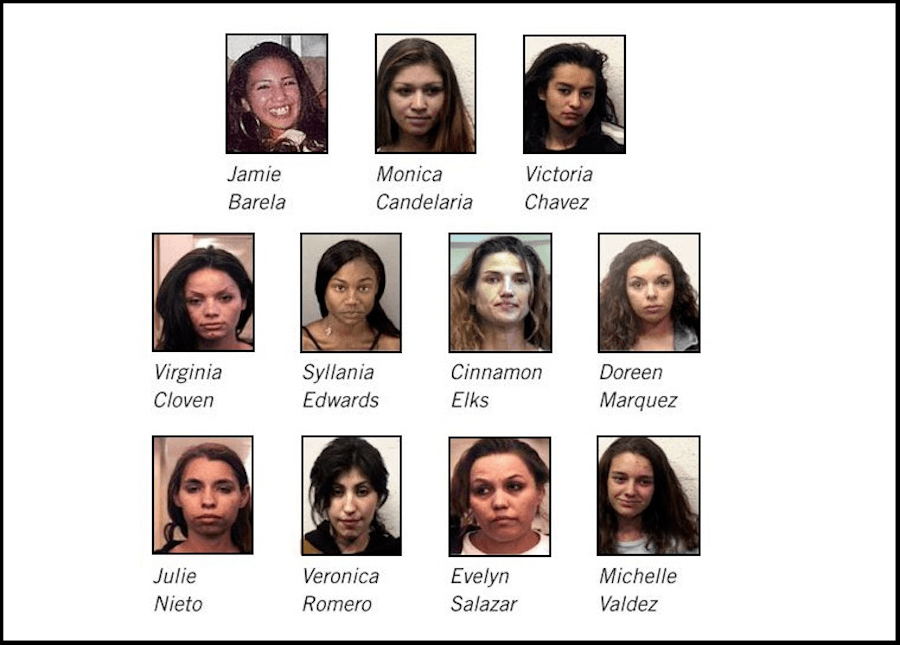 City of AlbuquerqueThe 11 victims whose remains were discovered at the West Mesa site in 2009.

Ross wasn’t sure the bone was human, but knew it could be. She took a picture and messaged her sister, a registered nurse who confirmed that it was. With her call to the Albuquerque Police Department, Ross had begun to expose horrors the city had never seen.

Combing the undeveloped West Mesa near 118th Street SW, detectives spent weeks uncovering all 11 graves. The graves held the remains of two teens and nine adults, one of whom, 22-year-old Gina Michelle Valdez, was four months pregnant when she died.

The only emerging pattern was that 10 of the victims were sex workers or victims of sex trafficking. The 11th, meanwhile, was 15-year-old Jamie Barela. She was found buried next to her 27-year-old cousin, Evelyn Salazar. Both had disappeared after walking to a local park in 2004.

All but one of the victims of the West Mesa murders were born and raised in New Mexico and were Hispanic. Fifteen-year-old Syllania Edwards was identified as the only Black victim at the site, as well as the only one from out of state. 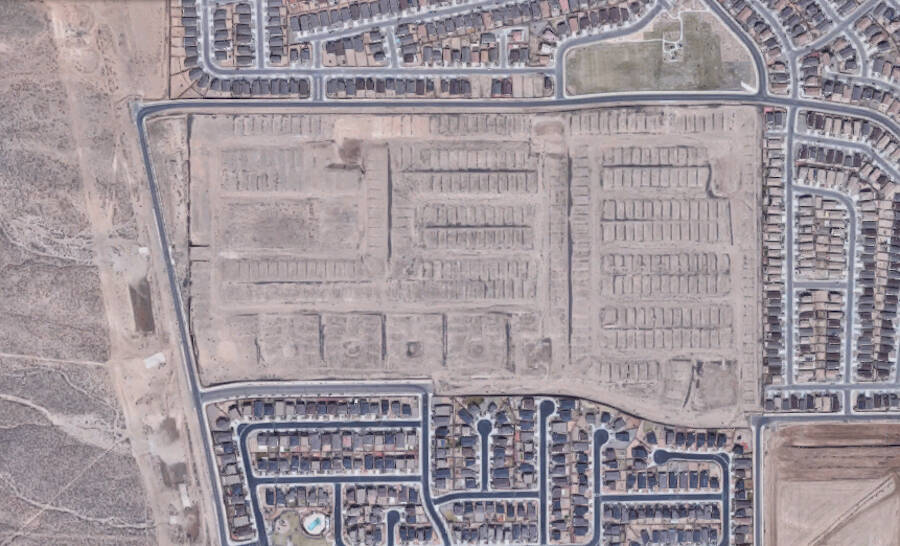 Edwards was classified as an endangered runaway from Lawton, Oklahoma in 2003 and was last seen with three sex workers in Aurora, Colorado in May 2004. According to police reports, she might have gone by “Mimi” or “Chocolate” while staying at the Ranger Motel.

Police did promise the families of the victims that justice would be done. All they ever found, however, were the bones and DNA of 11 people. In addition to Barela, Edwards, Salazar, and Valdez, they are: Monica Candelaria, 22; Victoria Chaves, 26; Virginia Cloven, 24; Cinnamon Elks, 32; Doreen Marquez, 24; Julie Nieto, 24; Veronica Romero, 28.

“There hasn’t been the degree of public fear and alarm that you might expect. There has been very little publicity. There’s a sense of physical remoteness — this place was very removed,” said University of New Mexico professor Dirk Gibson, who has written two books on serial killers.

“There has been little pressure on the police to investigate.”

How The FBI And Albuquerque Police Investigated The Crime 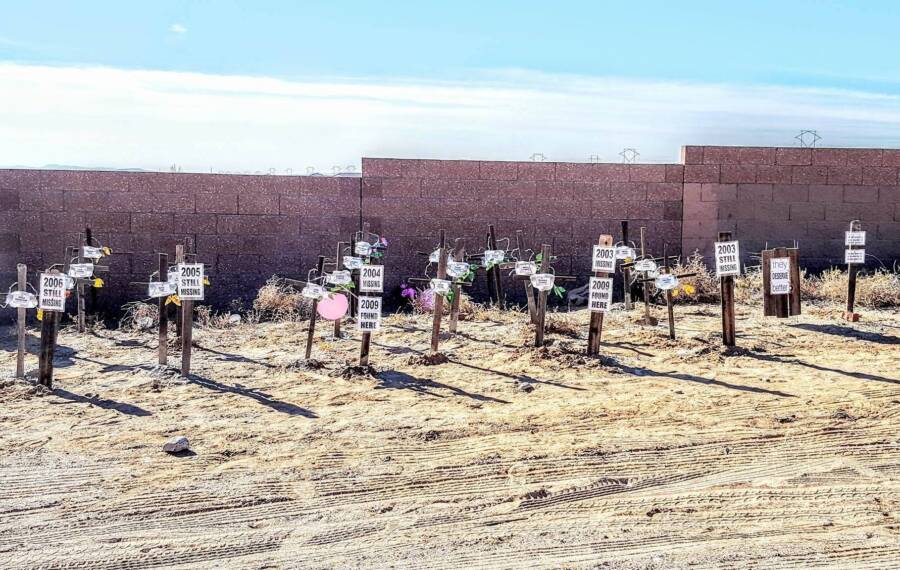 YouTube/KOATA makeshift memorial for the victims.

While the FBI created suspect profiles, Albuquerque police knocked on doors. They gathered information from grieving families and locals, which helped clear up when the victims were last seen — but not how they died.

Barela was last seen at a family gathering, which she and Salazar left for a park on San Mateo and Gibson Boulevard, near the airport. But most of the other victims vanished with even fewer details. Many had gone into sex work or had run away from home years before they died.

Police were at a loss. The tragic truth was that sex workers made for easy targets, and are often distanced from relatives while communities are blind to their disappearance. Most of them hadn’t even been reported missing at the time their remains were found. 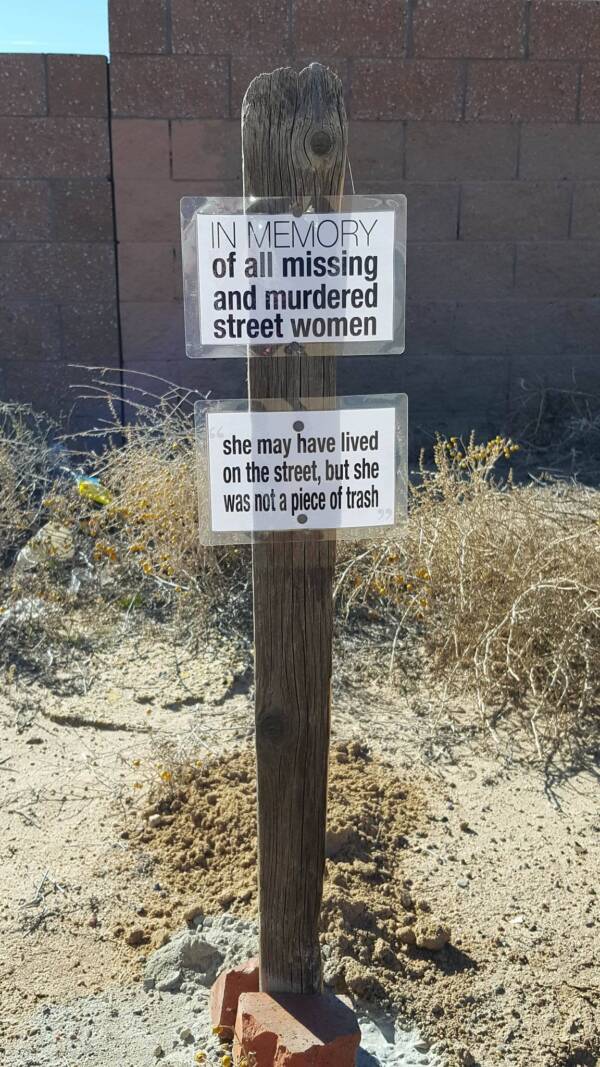 YouTube/KOATThe West Mesa murders have yet to be solved.

“That’s why the West Mesa killer was able to do it,” she said Christine Barber, the head of Safe Streets New Mexico, a non-profit that helps get women off the streets. “No one noticed they were gone.”

A chilling lead came from satellite photos of the West Mesa Murders burial site. A 2004 image showed a set of tire tracks leading directly to the area. But by 2009, when the bones were discovered, development had erased any hope of automobile evidence.

By 2016, only one detective remained full-time on the case: Mark Marany. He has interviewed 200 hundred local women with similar backgrounds and created timelines for every suspect.

“Many persons of interest have been eliminated by means of that timeline,” he said.

Today, two suspects remain — only of whom is still alive. 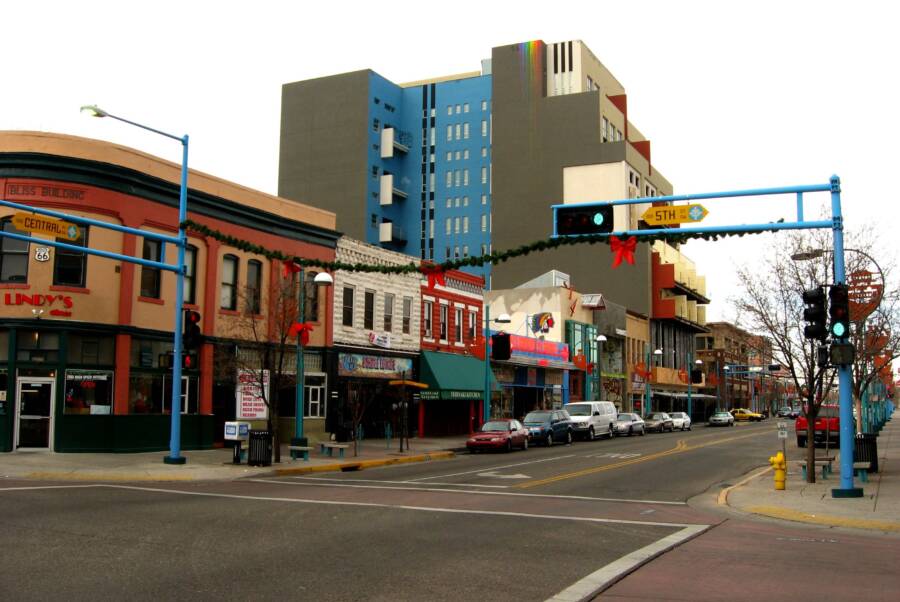 Flickr/Ken LundOne of the suspects, Joseph Blea, was arrested on Albuquerque’s Central Avenue for exposing himself to a woman.

Joseph Blea was imprisoned when the bodies were found, but he became a suspect when his ex-wife contacted police. Her daughter had found women’s clothing and jewelry in their home, with some families later revealing that the victims’ jewelry was missing.

Furthermore, Police encountered Blea nearly 140 times between 1990 and 2009, often in drug-heavy areas that the victims were known to frequent. They also found electrical tape and rope in his car when he was arrested in 2003 for exposing himself to a woman. Police also saw him stalking sex workers after the West Mesa murders.

His cellmate said Blea admitted to knowing many of the murdered women and had even hit one of them for allegedly trying to steal his money. Ultimately, a lack of evidence failed to pin the murders on Blea, who is serving a 90-year sentence for sexual assault cases from the 1980s and 1990. 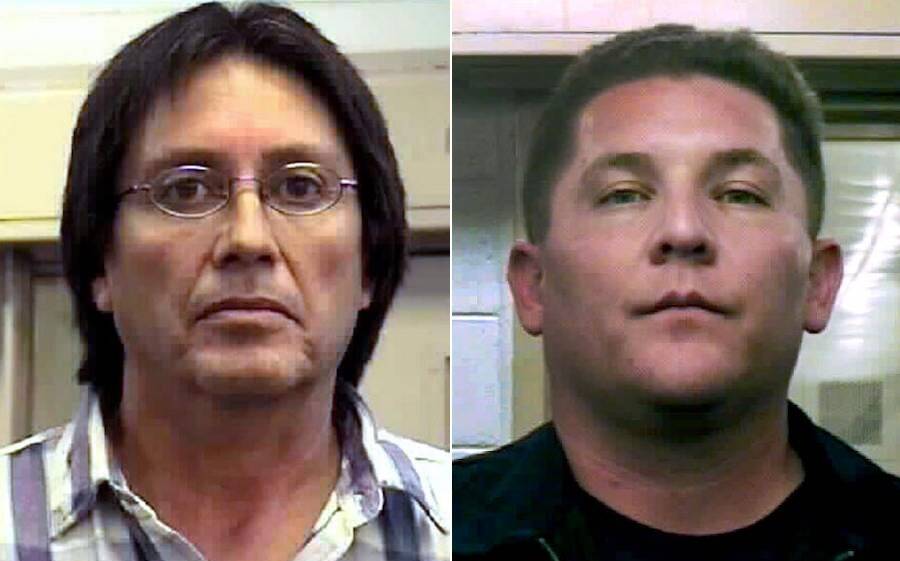 With a similar history as Blea, Lorenzo Montoya was known to pick up prostitutes and assault them. He even beat his girlfriend, who said he threatened “to kill me and bury me in lime.” In 2006, Montoya met up with a dancer — whom he strangled to death. When her boyfriend arrived, he shot and killed Montoya.

Ominously, Montoya was holding a flashlight when he died while his victim was wrapped in a blanket near his SUV. Although Montoya fit the description, the West Mesa serial killer remains unidentified.

Dirk Gibson has no faith that will change, because police lack the necessary incentive. “Albuquerqueans don’t relate to the victims. They think they’re just a bunch of hookers and drug addicts,” he said.

“Police budgets are stretched thin. There’s so little money, and there are so many crimes. Investigating a 10-year-old crime where the police think that the victim had it coming — there’s just no incentive for that.”

After learning about the West Mesa murders, read about the gruesome cult sacrifice of Mark Kilroy. Then, learn about six serial killers who were never caught.