The fossilized bones of the baby turtle are perfectly preserved, marking the first-ever discovery of intact embryonic material from prehistoric giant turtles. 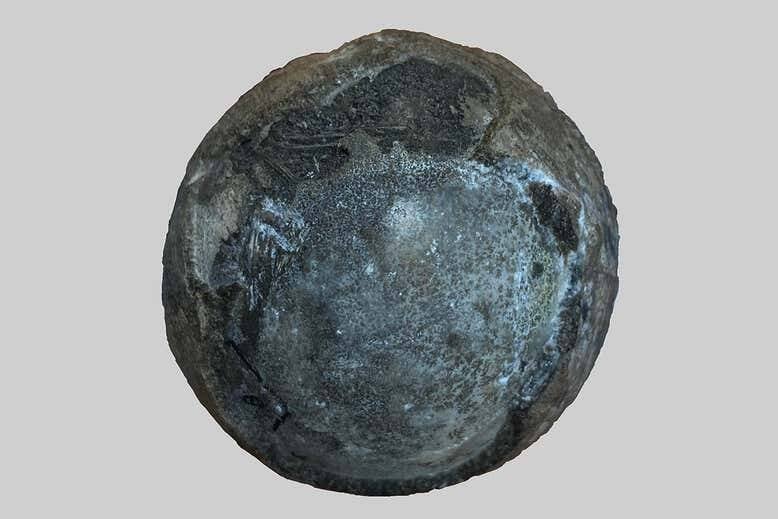 In 2018, a farmer in Henan Province, China, was rooting around his property in a fossil-rich region when he unearthed what he thought was an odd rock or possibly a fossil. Paleontologists identified it as an ancient egg and thought the farmer might have found evidence of a new dinosaur species.

However, further study revealed something even more rare: an intact turtle embryo dating back to the Cretaceous period.

The find is a world-first, with the tiny embryonic turtle inside the thick shell miraculously surviving for tens of millions of years. Paleontologists Fenglu Han and Haishui Jiang, of the China University of Geosciences in Wuhan, worked with scientists from around the globe to peer into the egg using CT scans and study tiny bits of the shell using electron microscopes.

“The level of preservation is excellent,” one scientist said after reviewing the study.

The egg and embryo belonged to the extinct Nanhsiungchelyidae family of land-dwelling turtles that roamed North America and Asia between 145 million and 66 million years ago. 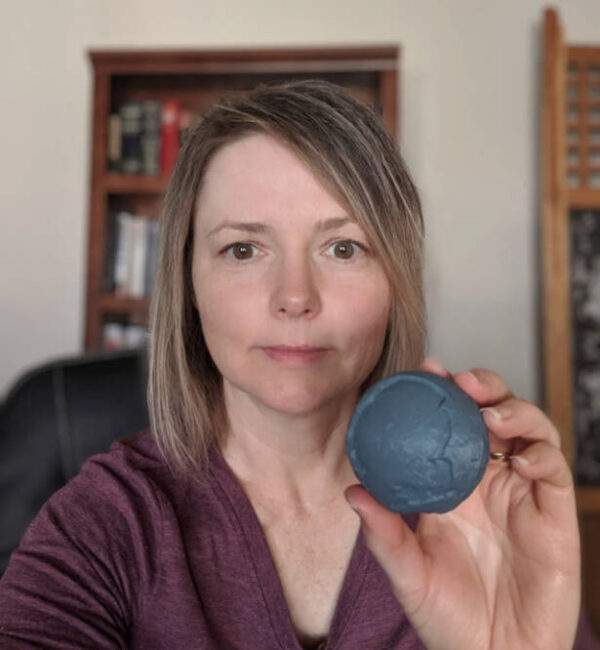 Darla Zelenitsky, a co-author on the study from the University of Calgary, said that the exceptionally thick, tennis ball-sized egg made for the first time scientists were able to pin a fossilized egg to a specific turtle.

And, unlike the tiny egg, “these were not small turtles by any stretch,” Zelenitsky said.

Scientists estimate that these giant land-dwellers had shells as long as the height of an average human. The delicate nature of embryonic animals mid-development makes them highly vulnerable to deterioration over time. And with turtle eggs traditionally so small and thin, finding an intact embryo is an even more momentous occasion.

“Turtle eggs are usually small, the eggshell is often paper-thin, and the embryonic bones are fragile and tiny,” Zelenitsky said. 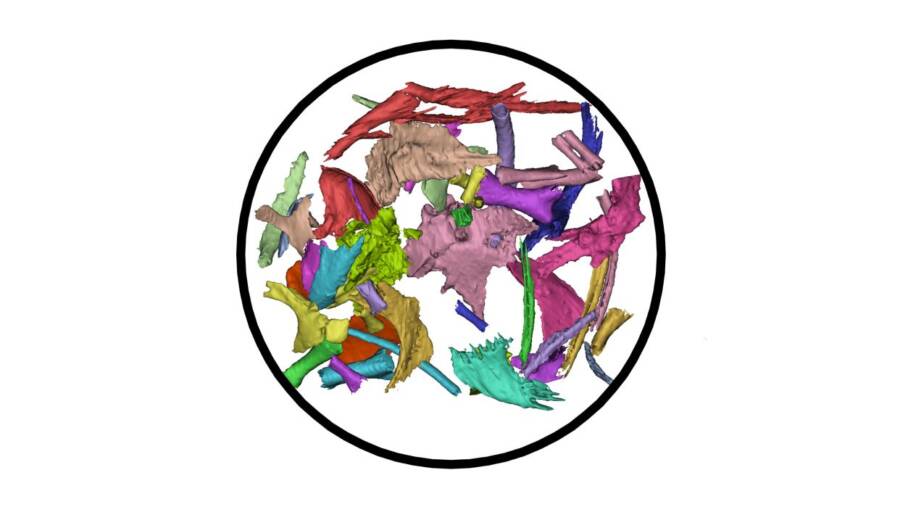 China University of GeosciencesCT scan of the baby turtle bones inside the Henan Province egg.

But Nanhsiungchelyidae laid exceptionally tough eggs. Although the 2.1 by 2.3-inch egg is smaller than those of today’s Galapagos tortoises, it is four times as thick. This petrified example was about the thickness and shape of an ostrich egg. Its “rigid eggshell and spherical shape” also harkens to today’s soft-shelled turtles, according to Gerardo Cordero, of Germany’s University of Tübingen.

The shell is so thick, in fact, that Zelenitsky said the baby would have gotten quite the workout just trying to break free when it was born.

“I don’t know how they got out,” she said. “They must have been doing a lot of flexing and extending… to work their way out.”

And the thick shells of Nanhsiungchelyidae eggs didn’t only preserve them for future scientists but likely kept them safe from ants, crocodilians, and smaller dinosaurs looking to snack on them. 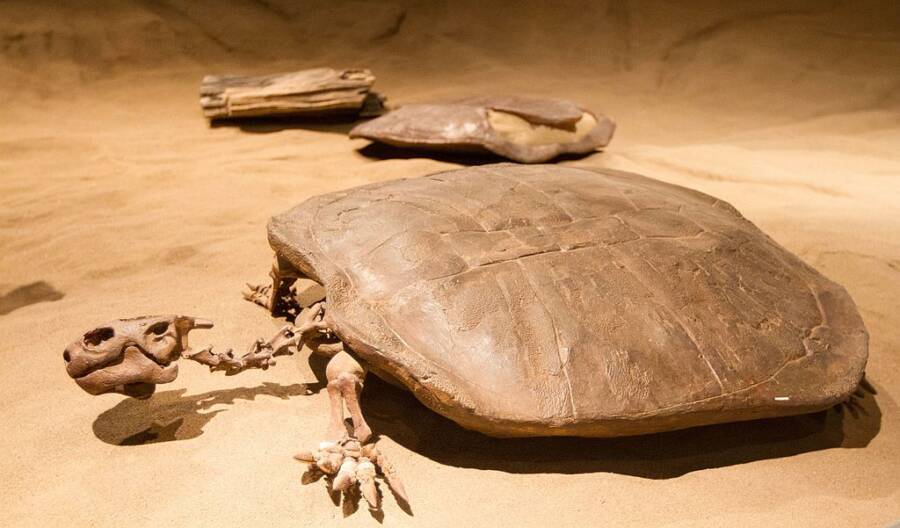 As for the baby inside the resilient prehistoric egg, scientists had to turn to technology to virtually put it together once peeking inside.

Initially, tiny bits of its bones were poking out of the shell, Han and Jiang told National Geographic. Using micro-computed tomography (CT) scanning, paleontologists created three-dimensional images of each of the baby turtle’s tiny bones. Then, they put them all together in a virtual reconstruction that yielded a revealing look at the baby’s ribs that would one day have formed its shell.

This turtle family was unique for the time, living entirely on land, although that trait also led to its extinction. When the asteroid that killed the dinosaurs crashed into the Earth 66 million years ago, it wiped nearly every reptile off the land, including Nanhsiungchelyidae.

However, its water-dwelling relatives survived, eventually giving rise to today’s river turtles, according to Zelinitsky.

Already, the egg has been a gold mine for scientists looking to study similar species’ nesting behaviors and adaptation. It has allowed scientists to positively identify nests of identical eggs found elsewhere and other previously-discovered specimens that lacked sufficient preservation to draw a conclusion on species.

Further, Tyler Lyson, a curator at the Denver Museum of Nature and Science says, “it’s only a matter of time” before paleontologists can dig up more fossilized prehistoric turtle embryos.

After learning about the stunning extinct turtle embryo, take a look at this 125 million-year-old dinosaur found in “Cretaceous Pompeii.” Then, learn about the threat climate change poses for turtles today.