What We Love This Week, Volume CXXIV 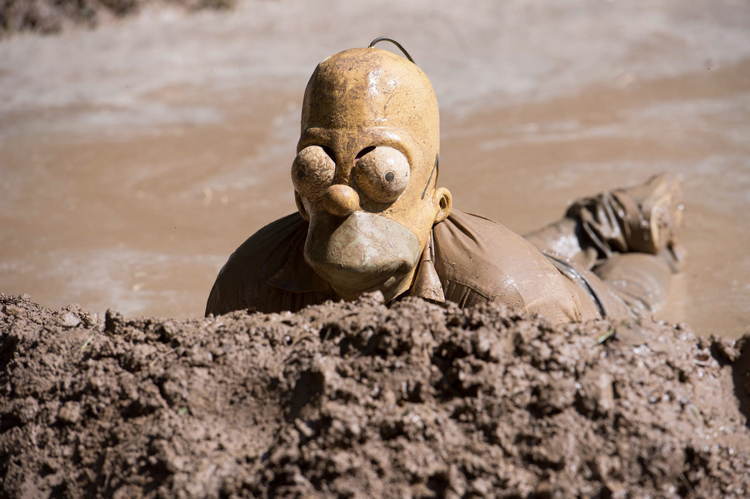 A participant of the traditional dirty pig festival wearing a Homer Simpson mask wallows in a slough near Hergisdorf, Germany, on May 25, 2015. Source: The Atlantic

Arresting Masks From Around The World 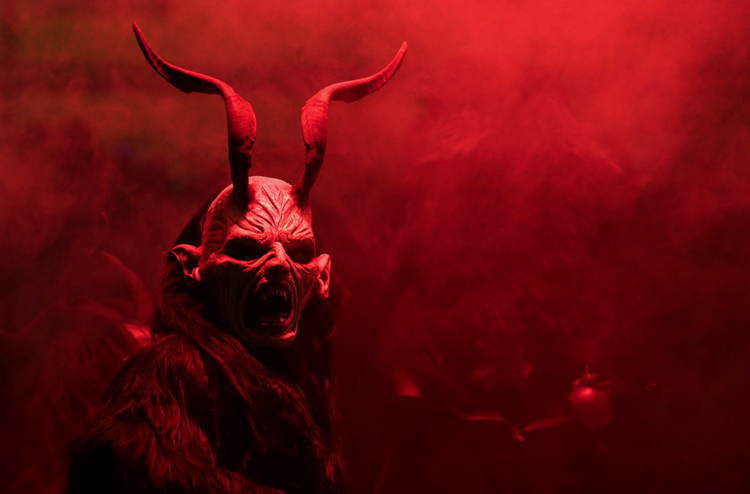 A man dressed as a devil performs during a Krampus show in the southern Bohemian town of Kaplice on December 13, 2014. Each year people in traditional costumes and masks parade through the streets to perform an old ritual to disperse the ghosts of winter. Source: The Atlantic

Come Halloween, masks are products of commerce and pop culture, used for both horror and humor. But apart from Halloween–and especially in many countries beyond our borders–masks remain rooted in tradition and folkways, used for both celebration and protest. In Burundi, a mask made from a giant leaf protests presidential term limits. In Spain, bull horns and a burlap sack epitomize the revelry of Carnival. In America, Batman leads the charge for wage increases. See the masks–sad, scary, surprising and strange–of China, Bohemia, Slovenia and more at The Atlantic. 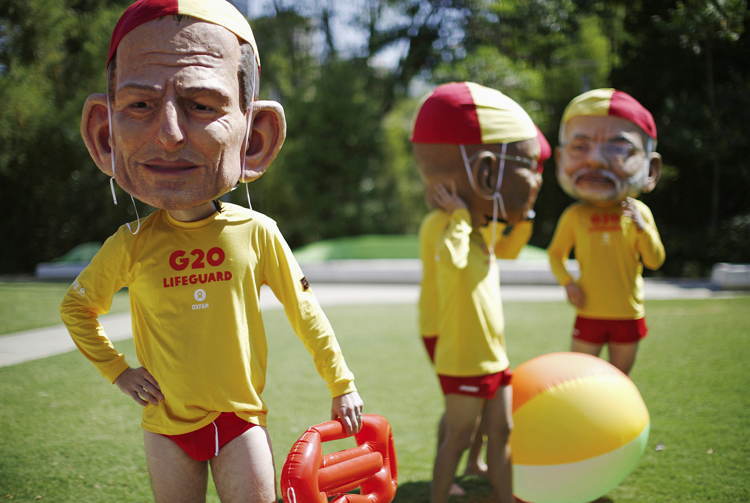 A protester, wearing a mask depicting Australian Prime Minister Tony Abbott, and dressed as a surf lifesaver calls for global equality among nations among other protesters outside the venue site of the annual G20 leaders summit in Brisbane, on November 14, 2014. Source: The Atlantic

The Ghosts Of London Past 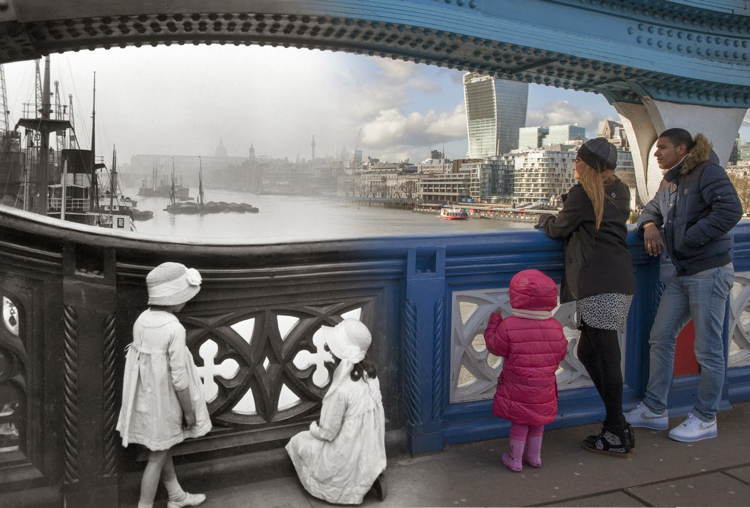 The west side of Tower Bridge Source: Vintage Everyday

Oh how a city can change (sometimes for the better and sometimes not). Until the invention of a mobile app that actually allows time travel, Londoners–as well as Anglophiles and history lovers throughout the world–will have to settle for the Museum of London’s Streetmuseum app. Drawing on a vast library of historical and contemporary photos, the app delivers dozens of composite images that seamlessly blend London’s past with its present. From Piccadilly Circus to Hyde Park to Tower Bridge, see horse-drawn carriages roll alongside automobiles and bowler-hatted Victorian gentlemen stroll alongside current residents at Vintage Everyday. 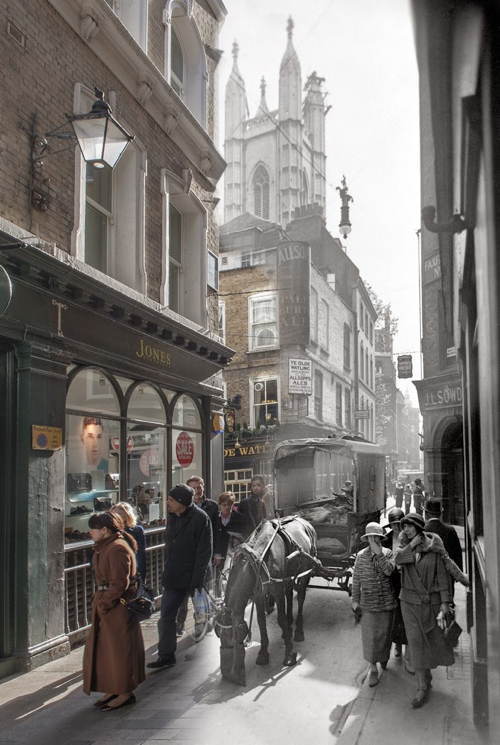 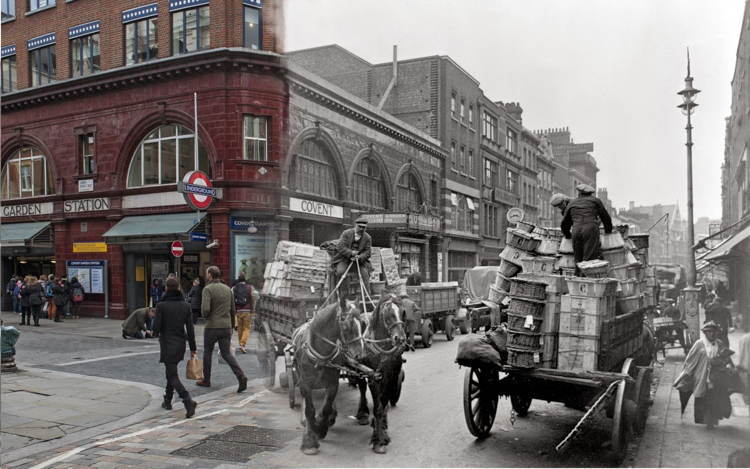 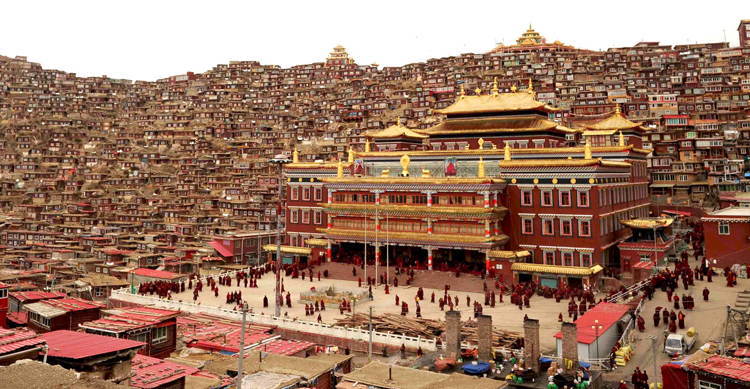 While the mountains of China’s outlying Garzê prefecture sit far from the nation’s increasingly congested, smog-choked cities, one particular Garzê valley is positively bustling. The Seda Larung Wuming Tibetan Buddhist Institute, the largest Tibetan Buddhist school in the world, houses a staggering 40,000 monks and nuns. Hundreds of hypnotizingly uniform houses seem to cascade down the mountainside in order to hold all the students, while the school’s central building, regal in burgundy and gold, stands majestically below. Explore the rest of the grounds at The Atlantic. 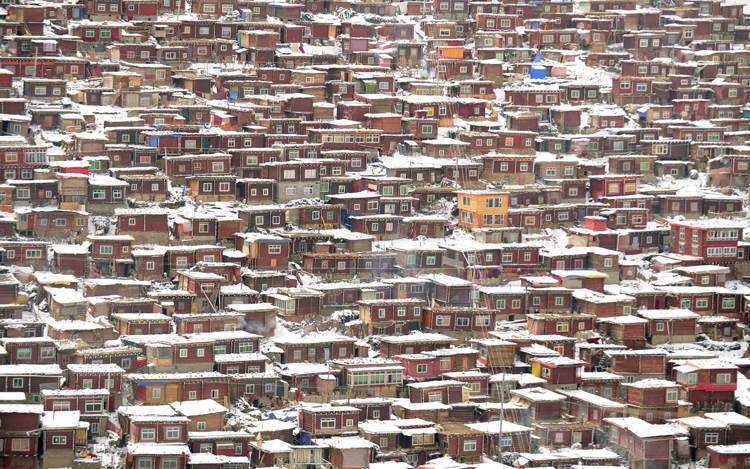 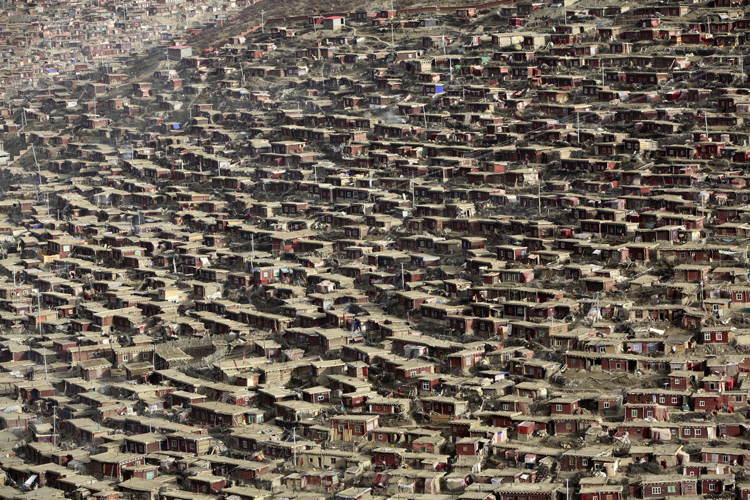