What We Love This Week, Volume VII 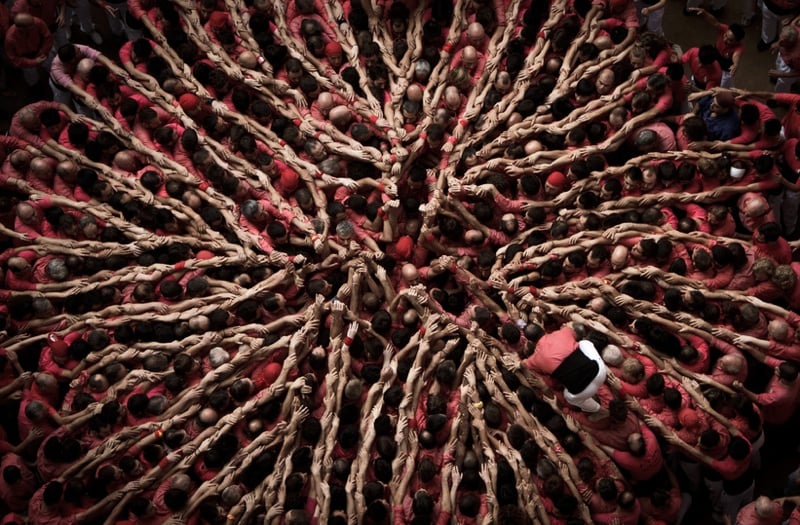 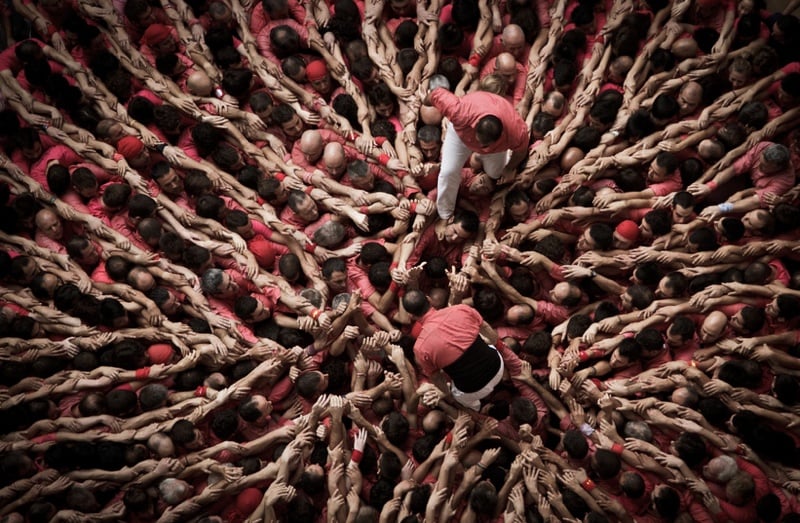 For over 200 years, thousands of Catalonians have taken to Tarragona’s Concurs de Castello, an annual testament to “strength, balance, courage and common sense”, or so the motto says. While assembling and dissembling a 6-10 level human tower sans safety nets might not seem as the most apt definition of “common sense”, it is nevertheless such a prominent cultural rite that in 2010 UNESCO deemed the Concurs a masterpiece of the “Oral and Intangible Heritage of Humanity”. This past year, photographer David Oliete ventured to Tarragona’s fleshy towers and snapped some truly incredible shots of the phenomenon. This Is Colossal has an exemplary collection of some of Oliete’s finest photos. 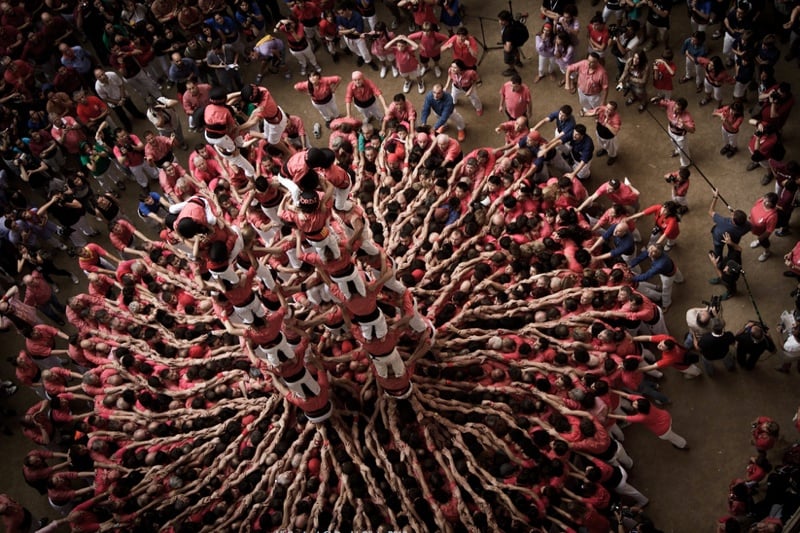 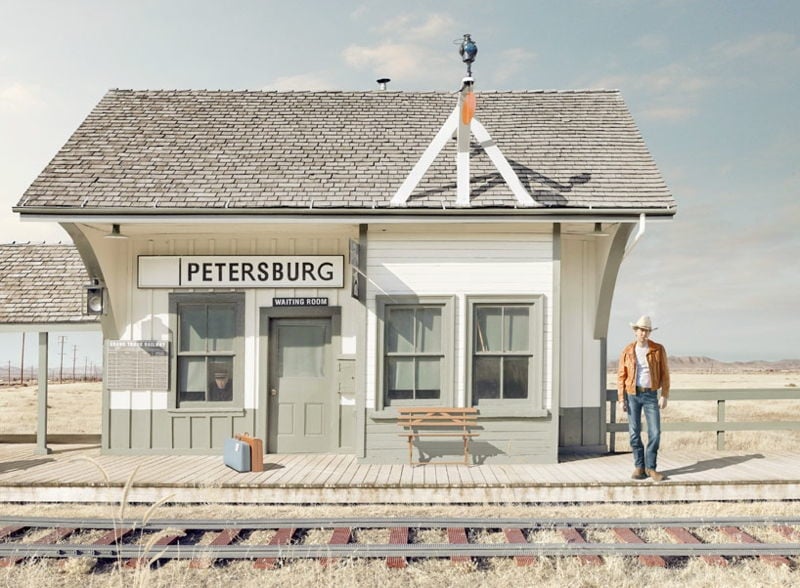 Who says that toys have no place in adult life? Teaming up with Australian photographer Dean West, New York-based artist Nathan Sawaya has crafted haute couture dresses, luxe umbrellas and much, much more utilizing Legos as his sole medium. In the series “In Pieces,” West and Sawaya seek to examine nature, culture, identity and society by deconstructing common American landscapes and re-imagining them in unexpected forms, thus forcing us to contemplate the very elements that comprise each. To see a fuller series of this 21st-century ode to cubism, head over to Design Boom. 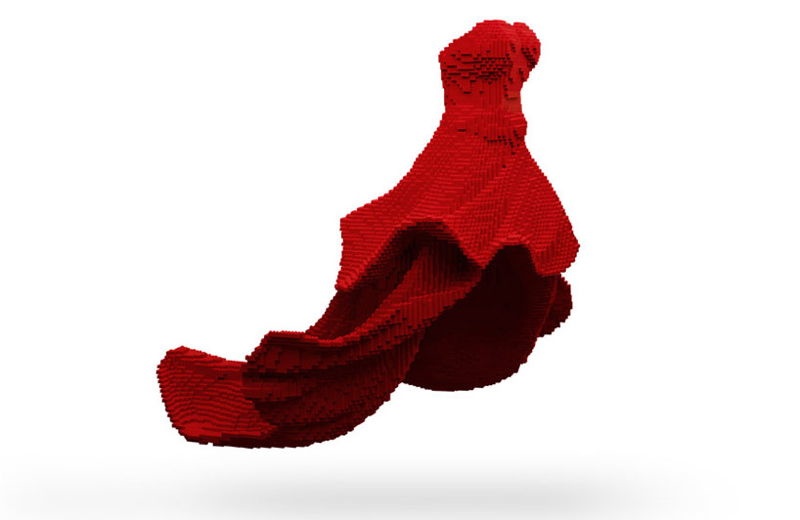 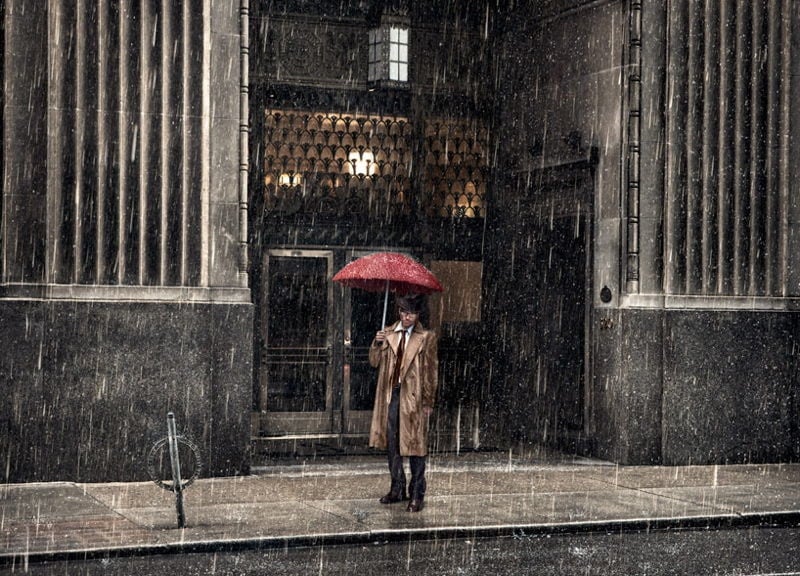 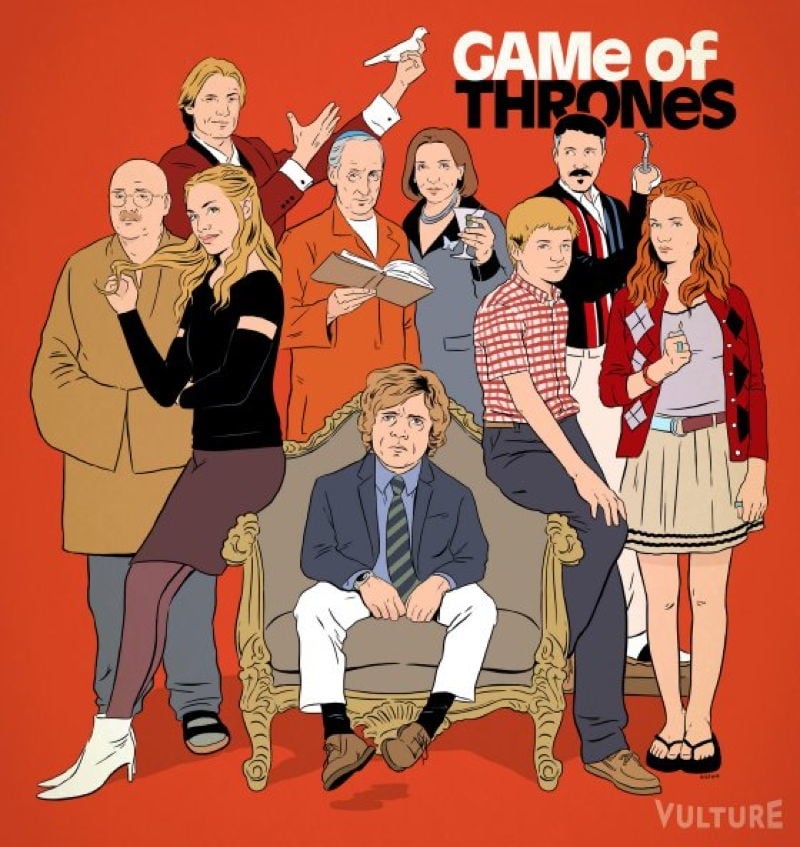 The HBO series is back–along with record-breaking amounts of piracy. Despite its short two-season (so far) domination of all things television, Game’s grubby characters have become fixtures in households around the world; but for the folks at Vulture, that’s simply not enough. Taking to Photoshop, Daenerys Targaryen is no longer the Queen of Dragons, she’s Elaine Benes, known for her slightly neurotic and irascible nature. And while Night Watchcher Samwell’s hands are far too chapped to appear in advertisements, he certainly does make for a fine George Costanza. 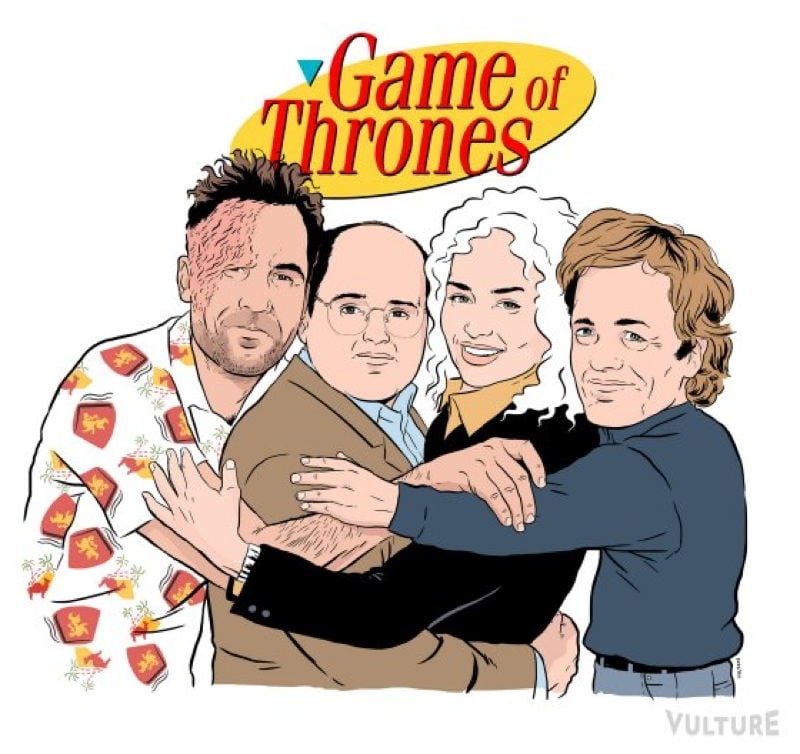 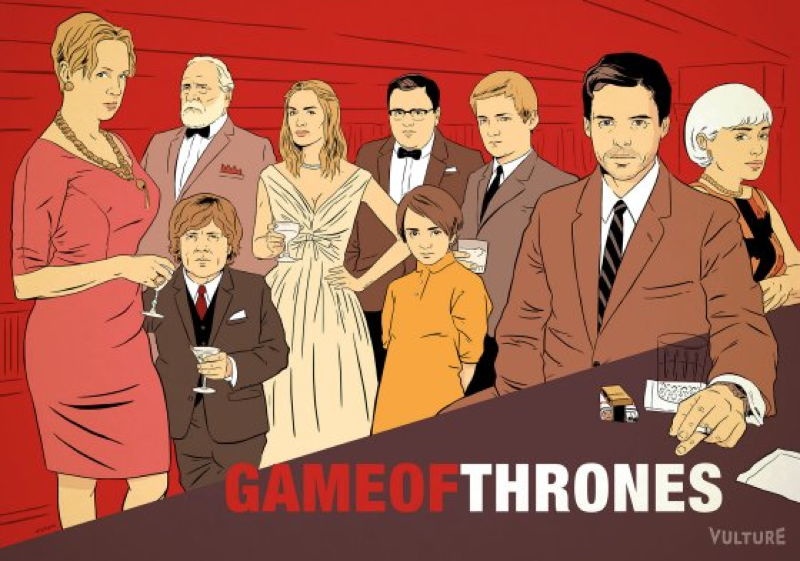