A hovering yacht shaped like a pyramid, vintage maps turned into art, the stunning finalists of two prestigious photo contests, and the surprisingly quotable last words of executed criminals. 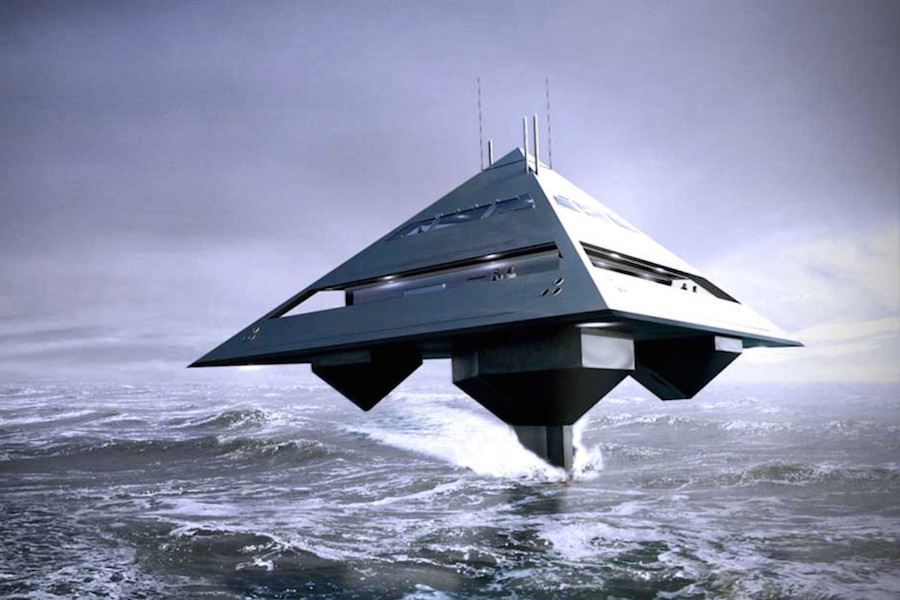 The superyacht can carry six passengers and four crewmembers within its carbon-fibre and stainless steel superstructure. Image Source: inhabitat

The Pyramid-Shaped Yacht That Hovers Above The Ocean 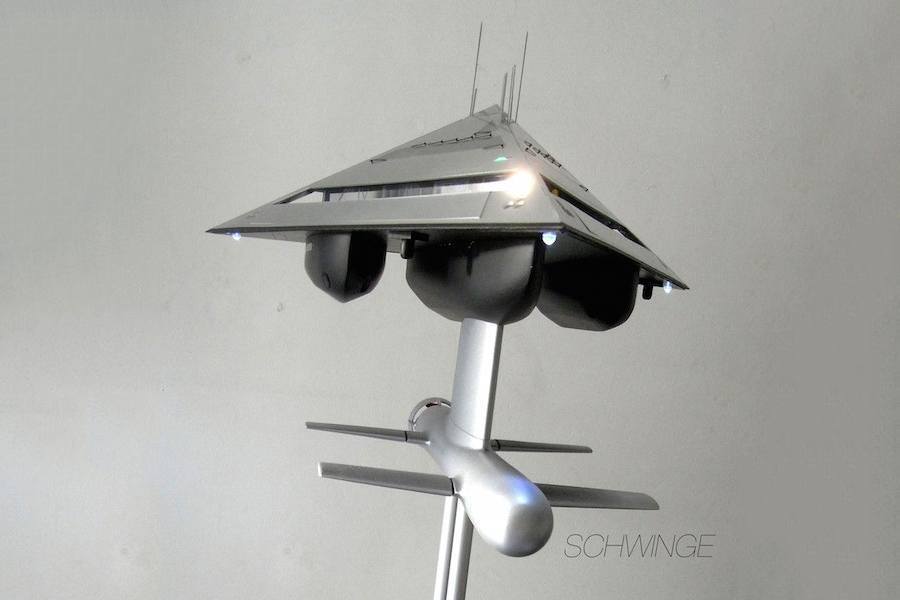 At low speeds, the three hulls on the underside of the craft convey it through the water. When the need for speed arises, the foils kick in to lift the craft up and whisk it away. Image Source: inhabitat

There are few things more likely to turn heads than a luxury yacht, but how to stand out against all the other seafaring behemoths? If this is a problem you currently face, firstly, congratulations, and secondly, take a look at this incredible concept from British designer Jonathan Schwinge. The Tetrahedron Superyacht is lifted above the water thanks to its Hydrofoil Small Waterplane Area Ship propulsion, enabling it to travel far faster than the average craft, all while looking truly spectacular. 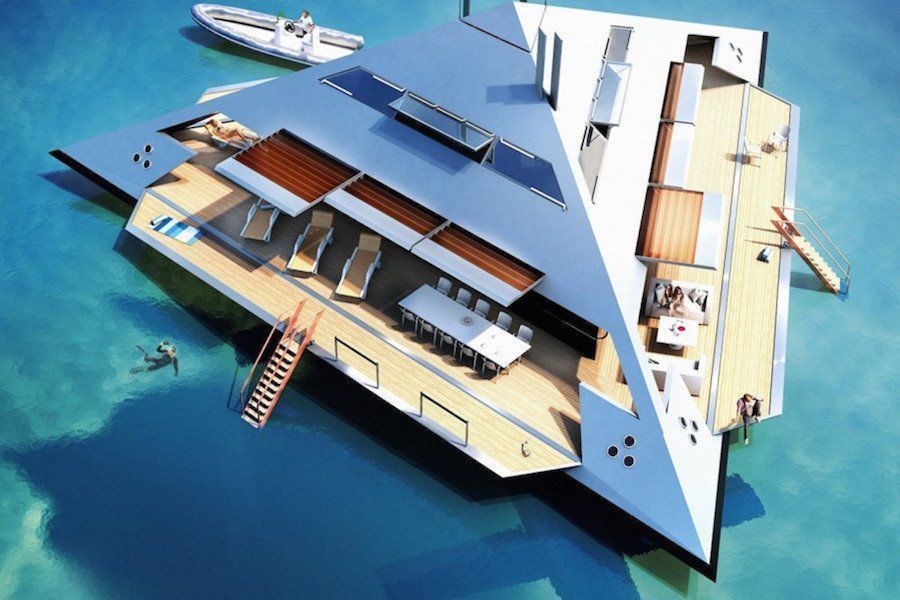 The three sides of the yacht fold down to create deck areas, while horizontal panels slide out for shade. Image Source: inhabitat 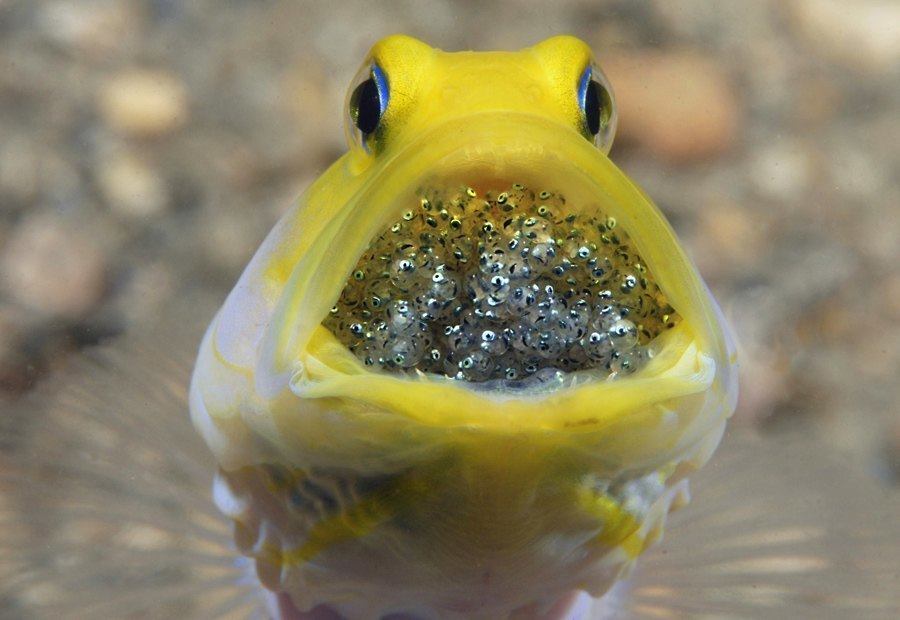 This week, Smithsonian magazine editors announced the finalists of their 13th annual photo contest, The Atlantic reported. The photos are a feast for the senses, and given the fact that the editors had to sift through over 46,000 entries from 168 countries, we’re sure it wasn’t an easy task. Check out more finalists from the competition’s six categories — The Natural World, Travel, People, The American Experience, Altered Images, and Mobile, respectively — at The Atlantic. 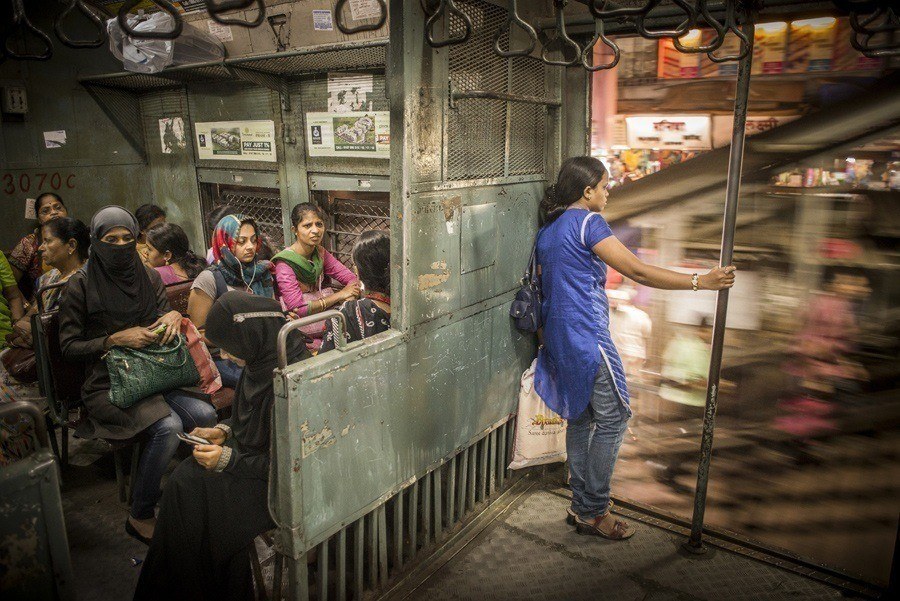 “Women’s Compartment of a Suburban Train. Every day 7.5 million people make use of the suburban trains in Mumbai. Therefore, it is the biggest suburban network of the world. Almost every train has separate compartments for women to avoid sexual abuse.” Image Source: The Atlantic 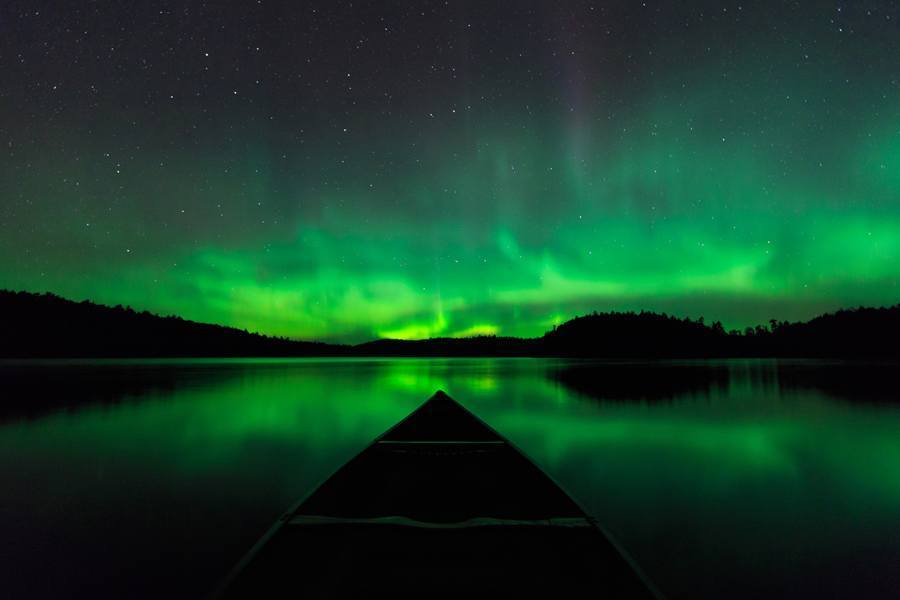 “Canoeing under a star-filled sky splashed with the aurora is one of the most enjoyable and memorable experiences of a wilderness canoe trip.” Image Source: The Atlantic

More Than Just A Vintage Map 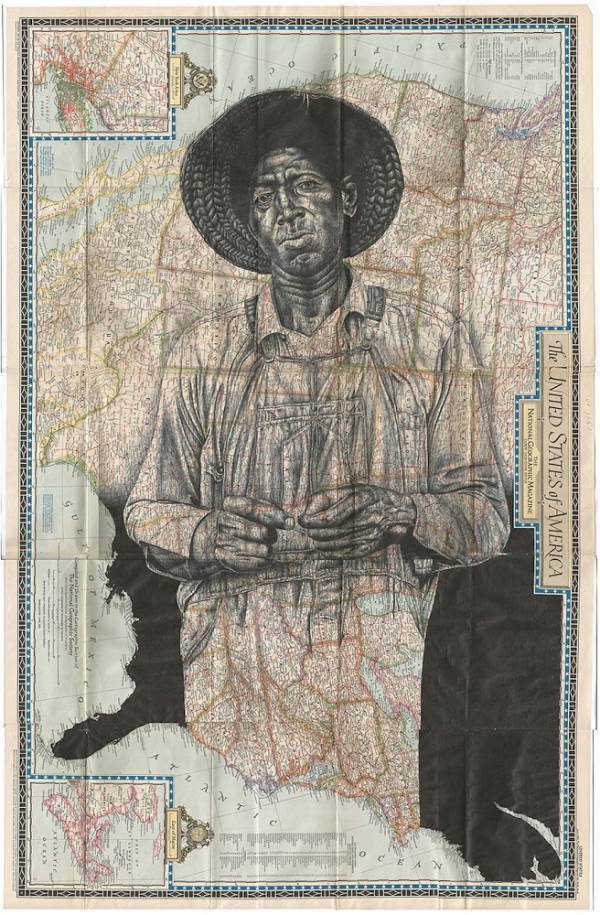 A man drawn over the southern States. Image Source: This Is Colossal

Maps are quite literally a sign of the times. They aren’t always accurate, but they reflect the beliefs of the people, place, and time they were made. Artist Mark Powell took that notion one step further by drawing ballpoint-pen portraits on vintage maps. By doing so, he adds a layer of background that the map or drawing alone wouldn’t be able to convey. “They complement each other and I hope leads the viewer to wonder, and maybe create, a history for the two,” Powell said. See more at This Is Colossal. 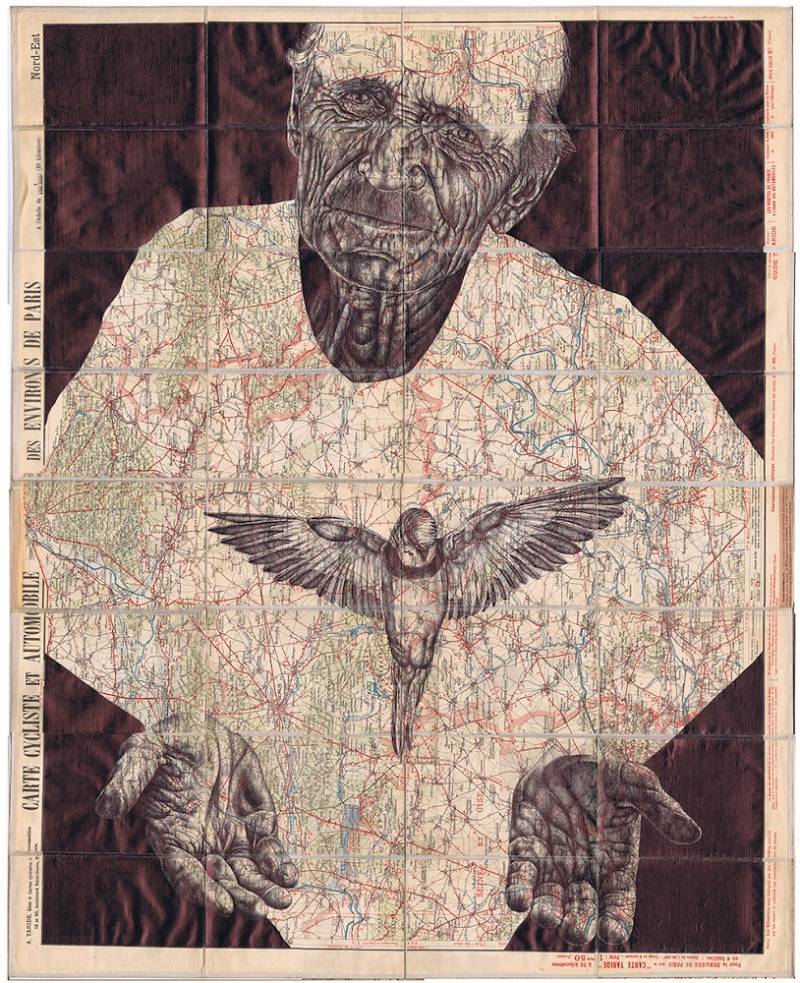 A portrait drawn over a vintage map of Paris. Image Source: This Is Colossal 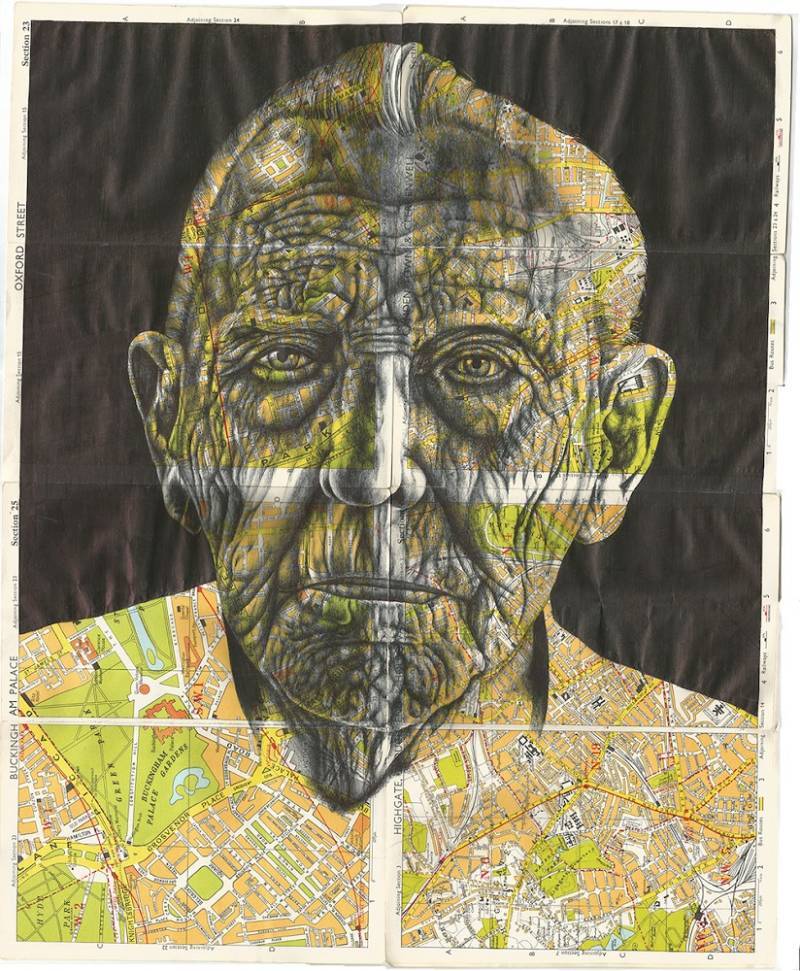 The portrait of a man drawn over a vintage map of London. Image Source: This Is Colossal