There’s a virtually endless supply of bizarre facts about North Korea: just three percent of the country’s roads are actually paved; it’s illegal for men’s hair to be longer than two inches; and the official biography of former leader Kim Jong-il states that he was able to control the weather with his moods.

Beyond pure trivia, our fascination with North Korea stems from its intractable isolation from the rest of the world. One way to maintain that isolation, it seems North Korea has learned, is by controlling access to the Internet.

By most estimates, less than a tenth of a percent of North Korea’s population is allowed to use the Internet (for comparison’s sake, approximately 80% of the United States population regularly uses the Internet, and the average person spends two hours per day online). But that’s far from the strangest part.

These 27 facts and images reveal just how strange the Internet is inside North Korea: 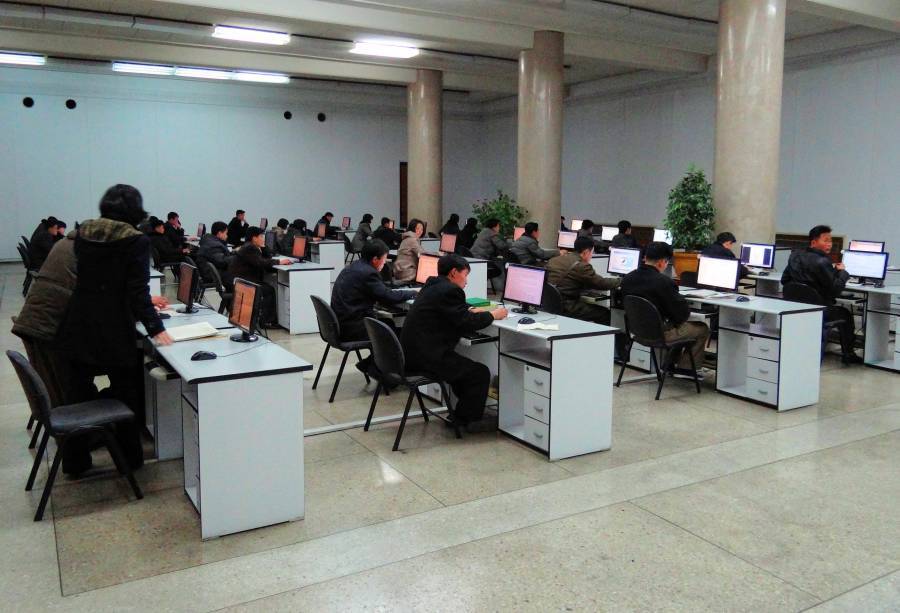 For starters, the vast majority of North Koreans don't have the internet; they have intranet. In North Korea, they call this instead Kwangmyong (known in English as "Bright").Wikimedia Commons 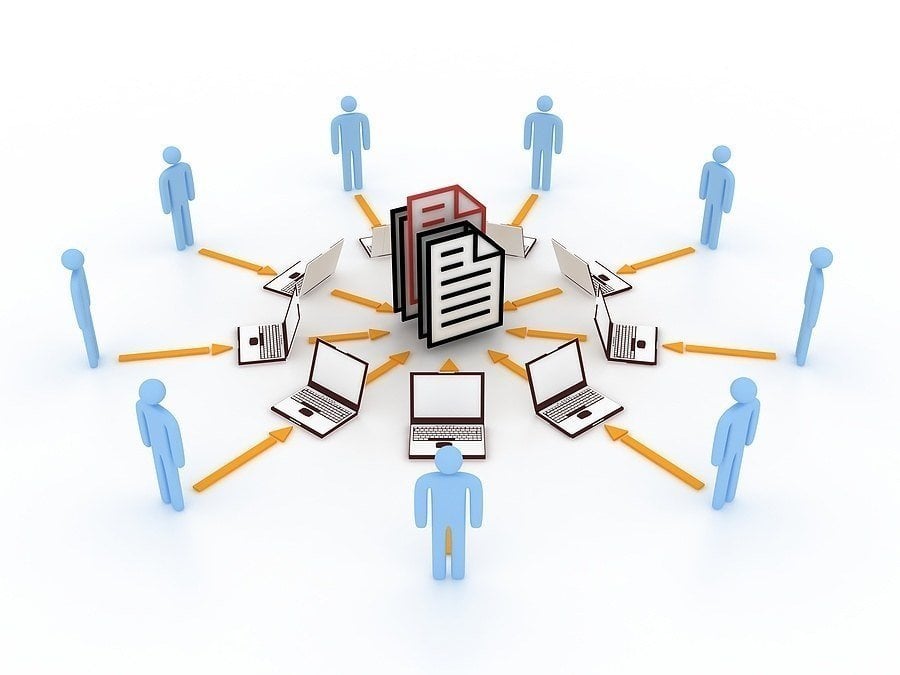 This intranet, opened in 2000, is different from the internet in that it's a closed, walled-off loop in which all content is supplied by the one central administrator (the government) and outside access is not permitted.Business Services Week UK 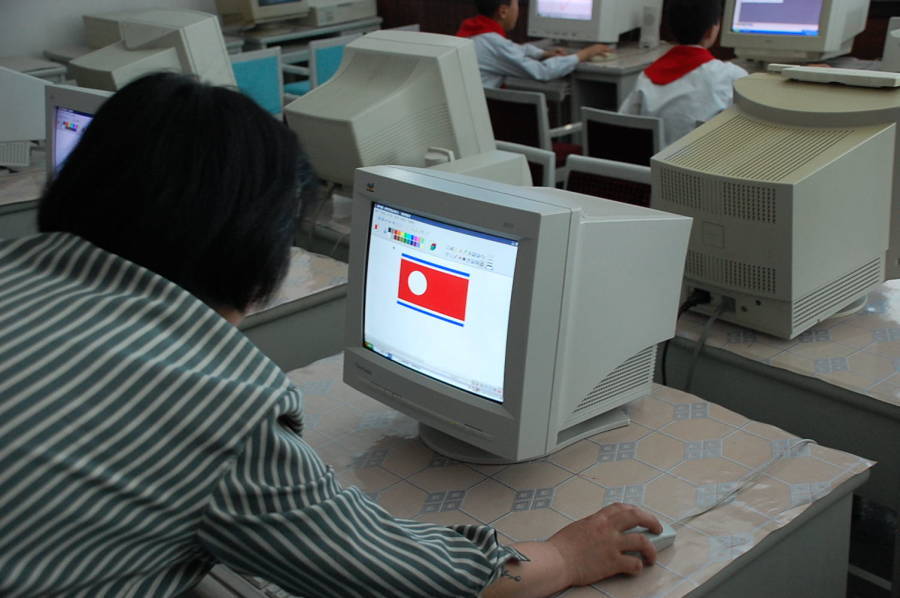 Kwangmyong is free and universally accessible (largely by dial up connection) inside North Korea. However, purchasing a computer in North Korea requires government permission and, on average, about three months' salary. Thus, very few citizens actually own a computer and use Kwangmyong.Wikimedia Commons 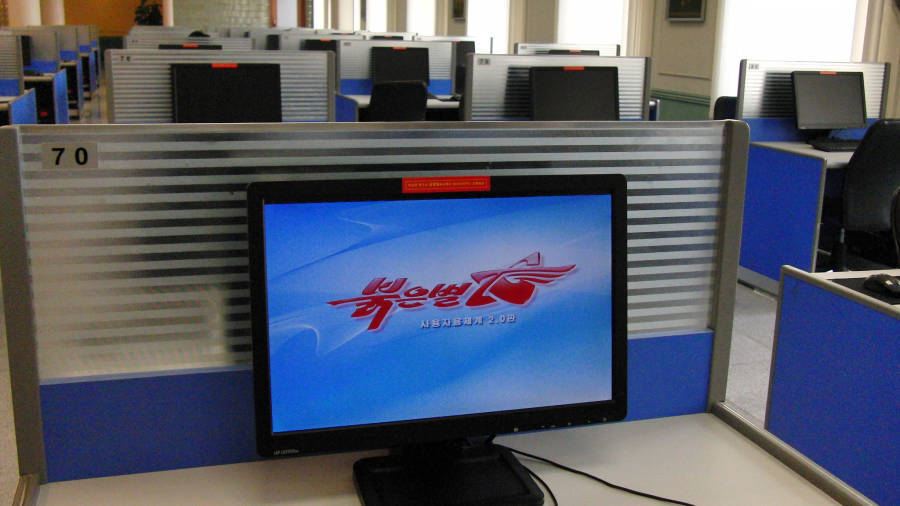 For those who do, Kwangmyong features between 1,000 and 5,500 "websites," that are mostly state-run news services, academic resources, and sites belonging to government agencies.Flickr 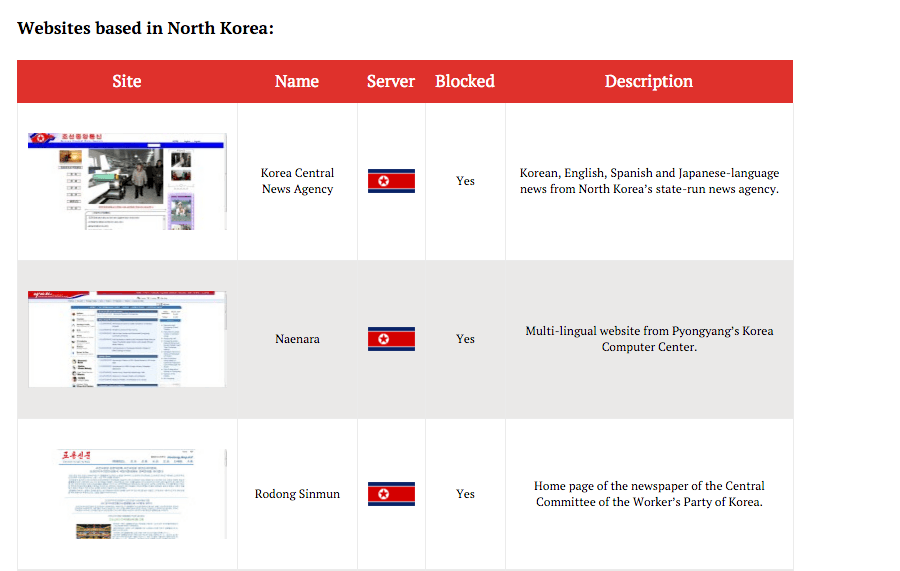 North Korea Tech, a relatively small but widely cited website, maintains a list (above, now likely somewhat out of date) of all the websites based in North Korea.North Korea Tech 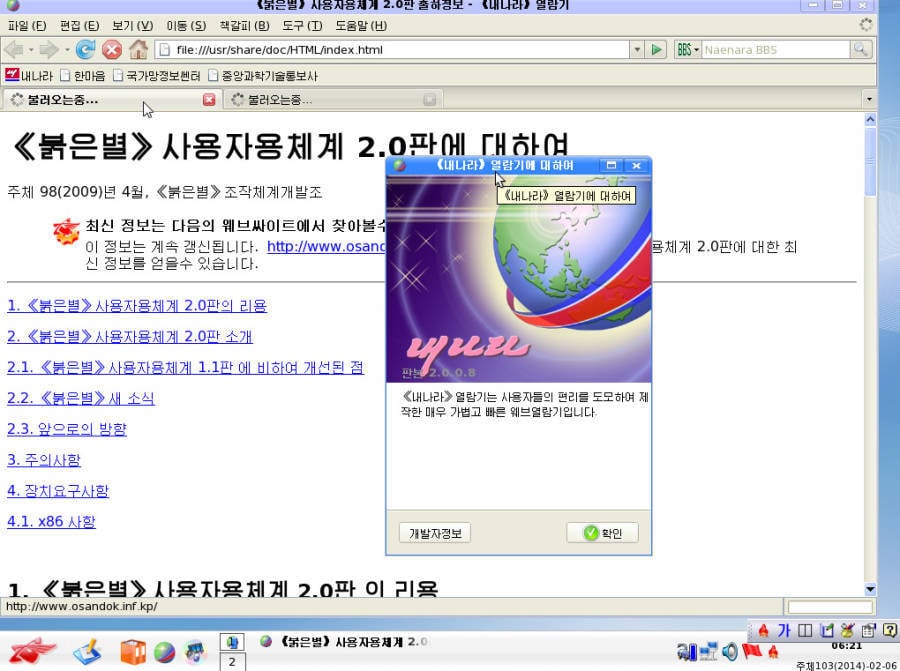 Among all of Kwangmyong's sites, ABC News estimates that on average North Koreans will regularly visit just 10-15 "government-blessed" sites. An extremely small number of outside websites are allowed into Kwangmyong -- in heavily censored versions.Flickr 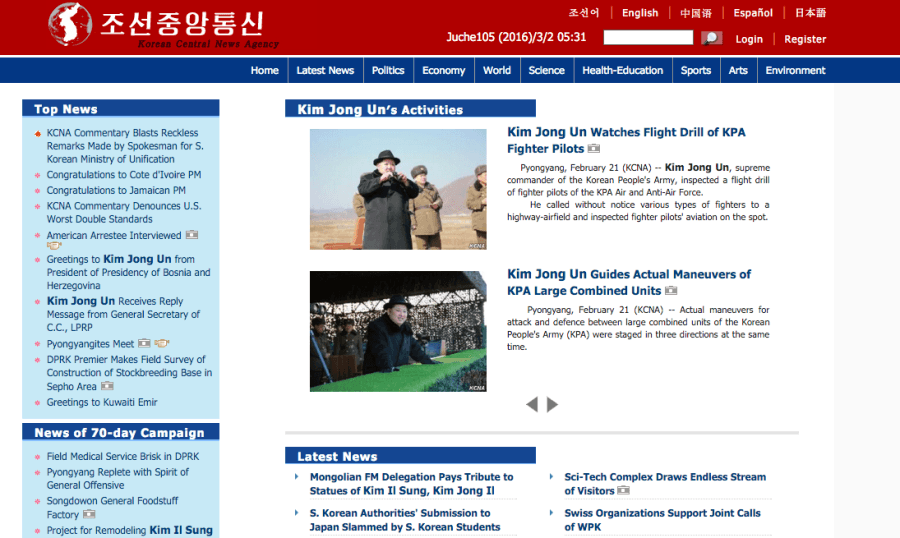 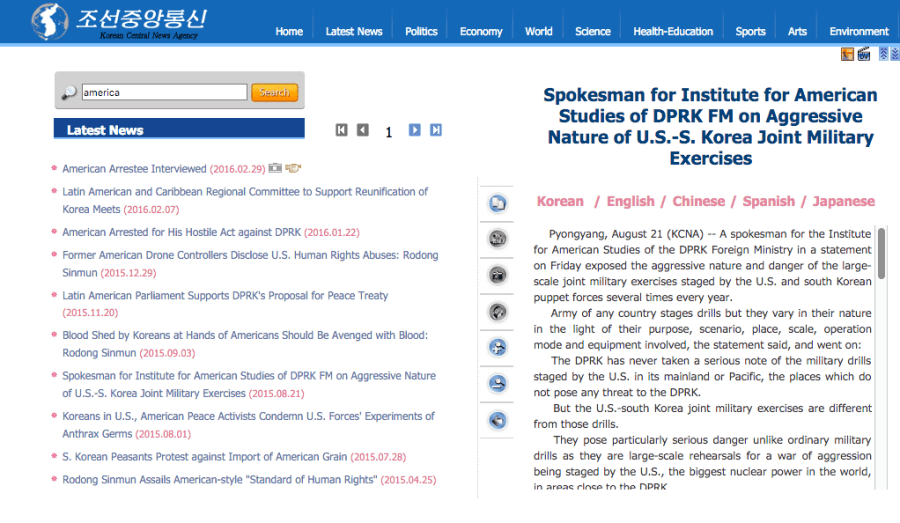 The KCNA website is translated into several languages, including English (above), and consists almost solely of brief news dispatches that glorify the government and attack foreign enemies, namely the U.S. and South Korea. Image Source: North Korean Central News Agency 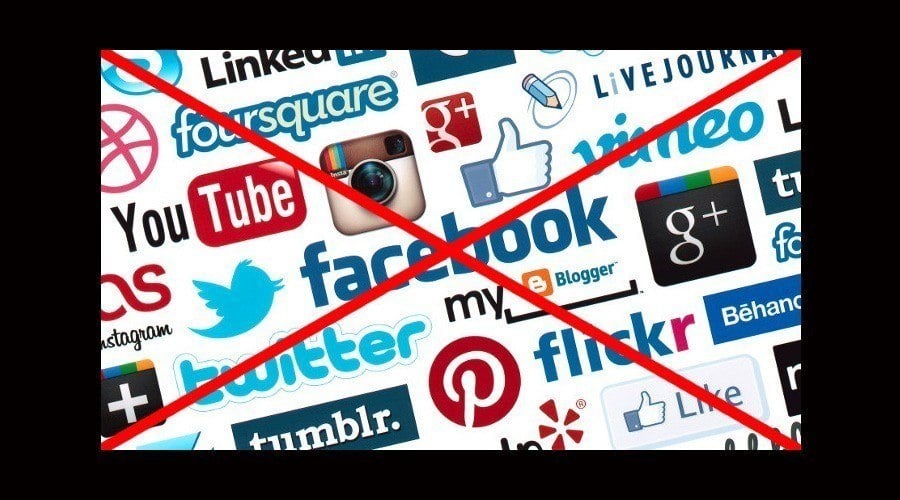 A big part of restricting North Koreans' news access to sites like the KCNA involves bitterly opposing outside social networks, which are not available at all. Twitter 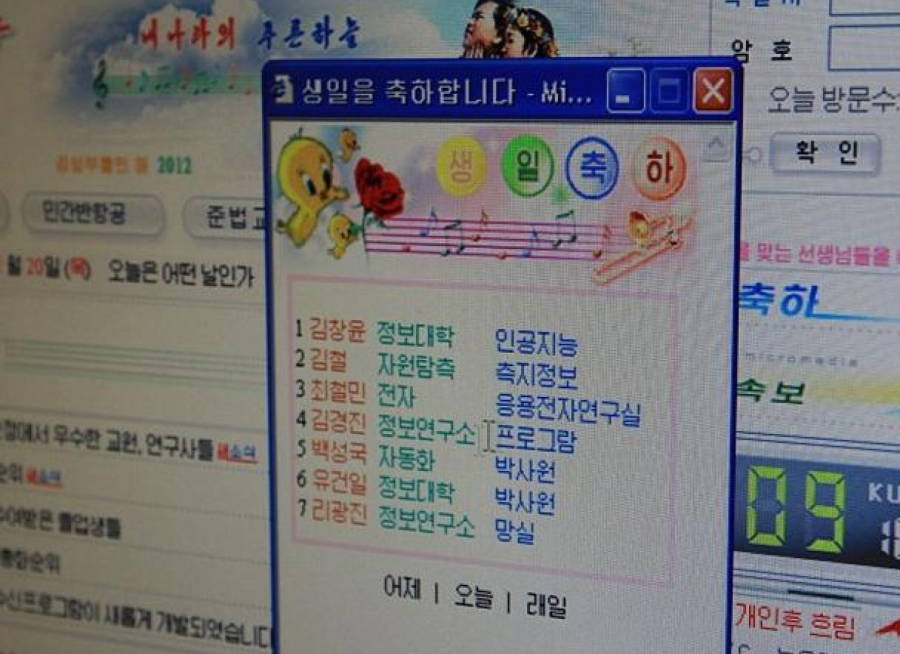 Instead, the country has its own internal social network, so tightly controlled that foreigners have scarcely seen it (image reported by The Washington Post above), nor do they know its name. Image Source: Pinterest 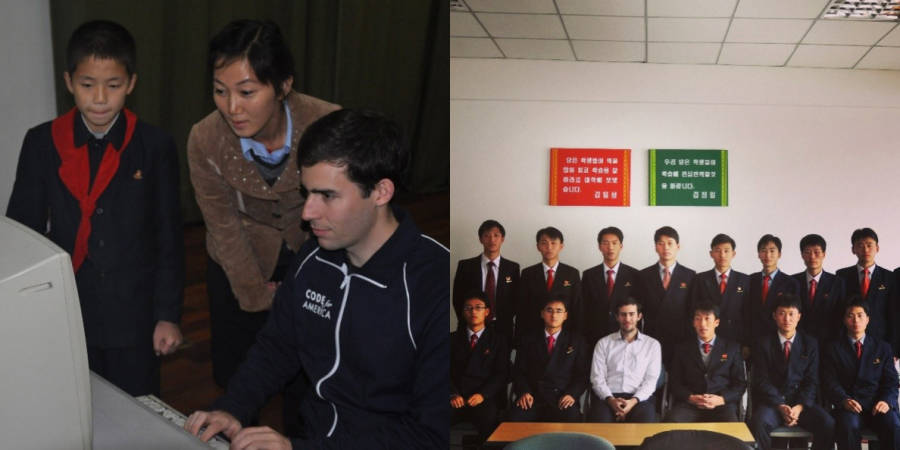 Will Scott, an American who used to teach computer sciences at North Korea's Pyongyang University of Science and Technology, says that “The Intranet provides a connection between industry, universities and the government. It seems to be focused on information propagation, rather than commerce, entertainment or communication.”Will Scott / Instagram 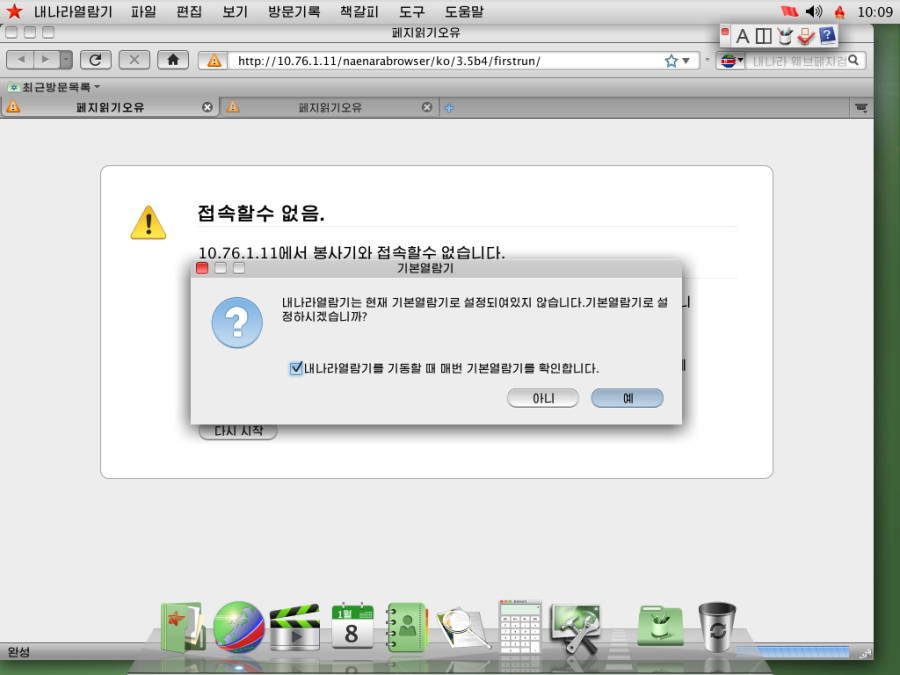 Any and all Kwangmyong sites can only be navigated with the country's official browser, Naenara (which literally translates to "my country"), a modified version of Firefox that forces automatic updates (which can be used for government surveillance) upon all users.WhiteHat Security 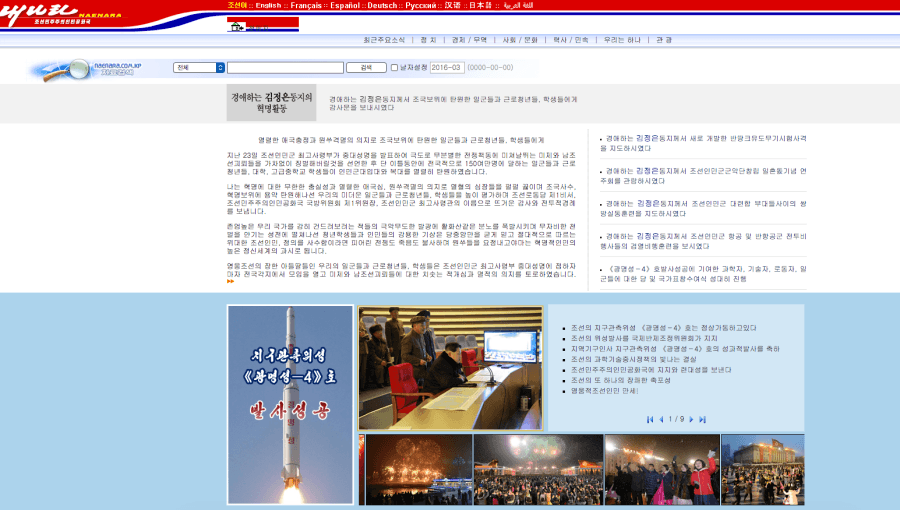 When North Koreans open Naenara, they're taken to the browser's homonymous web portal, which can be seen, in a modified version, by the outside world (above).Naenara 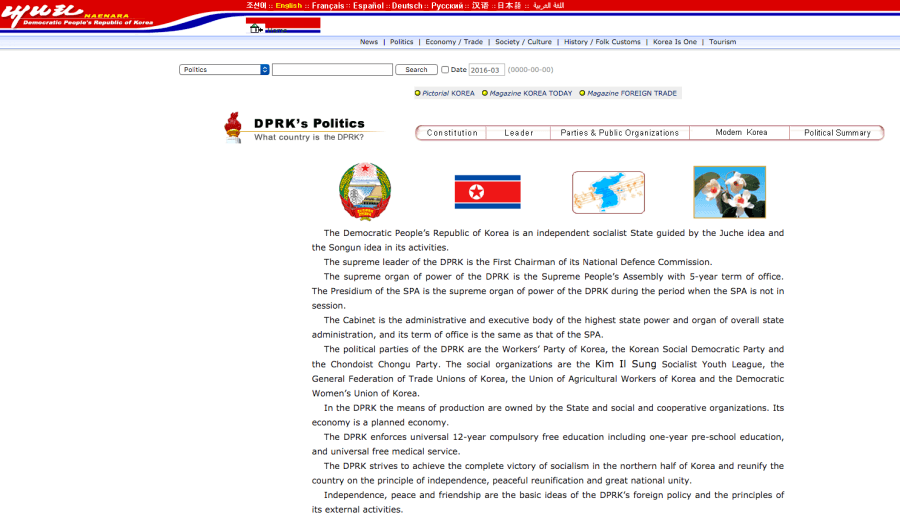 The English version of the Naenara web portal mainly functions as a kind of publicity arm of the government, proclaiming the country's "achievements" across various areas including sports, economics, and culture.Naenara 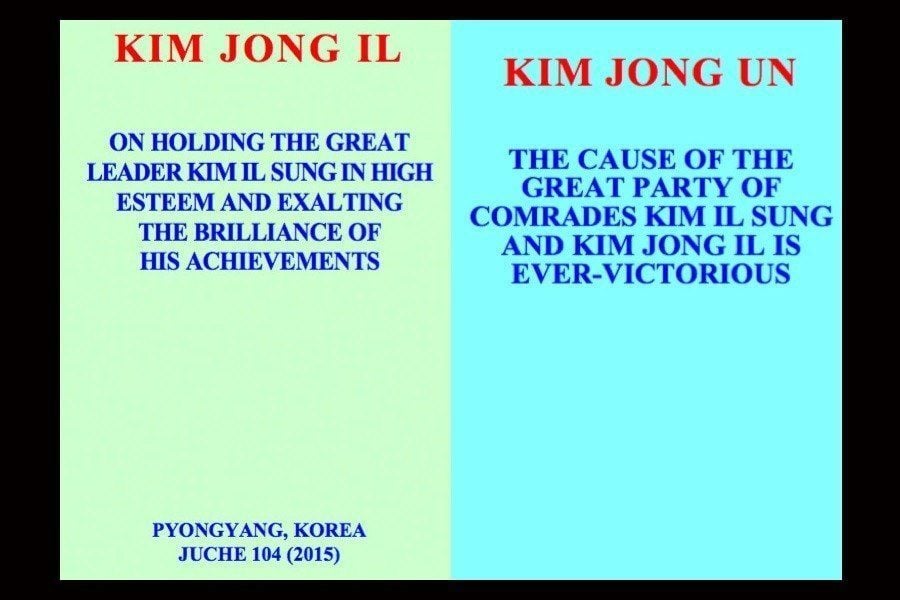 Beyond that, compelling tidbits for outsiders browsing Naenara include free e-book downloads (covers above) on the country's policies and beliefs, recordings of official state songs, images of life inside the country, and a page on "Ultra Modern Technological Products" that features water and toothpaste that purportedly include gold for its supposed health benefits.Naenara 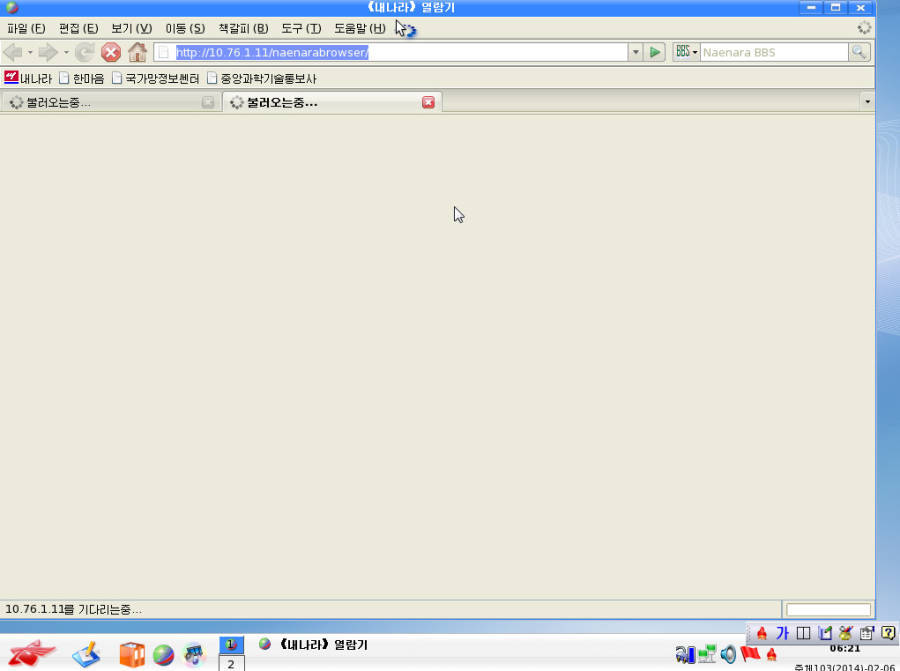 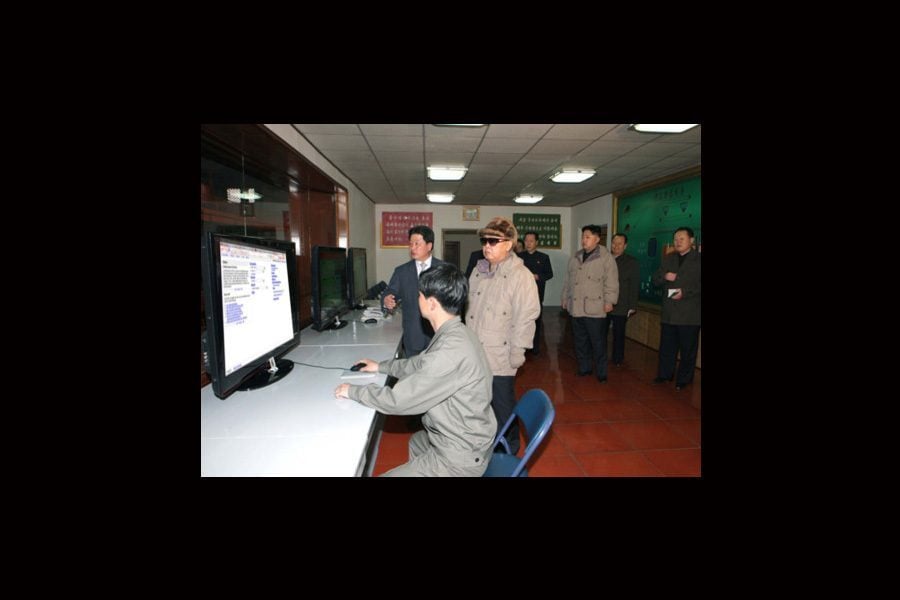 Beyond Kwangmyong, very few North Koreans are allowed to access the actual Internet. Estimates suggest that, out of the country's 25 million people, perhaps just a few thousand have full Internet access, including political leaders (like Kim Jong-il and Kim Jong-un, both standing, dressed in tan, above), students at the top universities, and government employees engaged in cyber warfare.Flickr 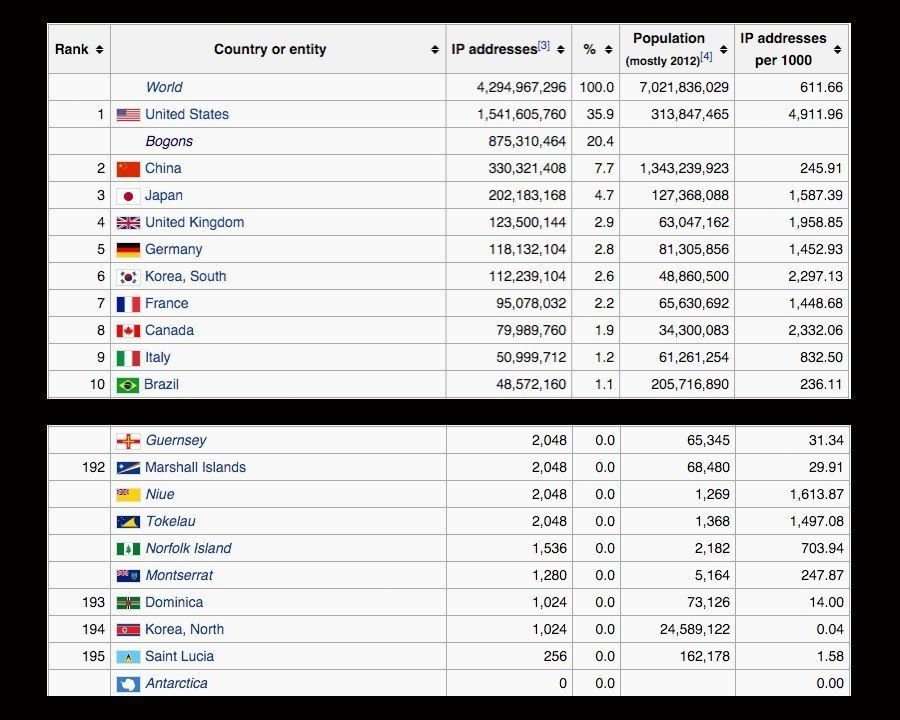 In fact, North Korea has just 1,024 IP addresses. Australia and the Netherlands, for example -- countries with similar populations to North Korea's -- have a little under 50 million IP addresses each (see the world's top and bottom ranking countries above).Wikimedia Commons 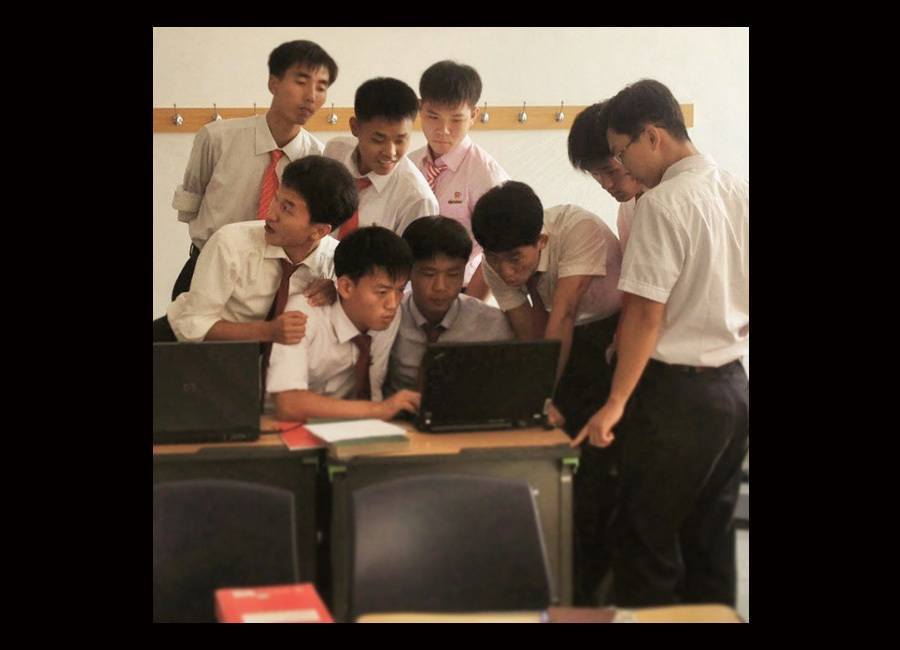 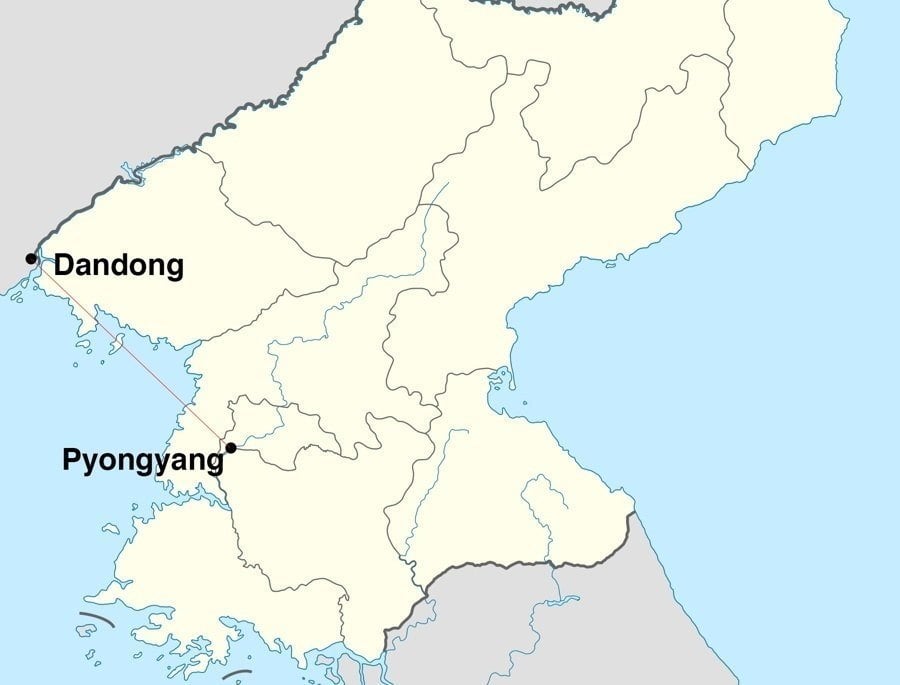 Overall, North Korea's trickle of Internet flows from the country's one state-run internet service provider, Star Joint Venture Co., which utilizes a fiber-optic cable that runs from Pyongyang to Dandong, China, just over the border.Wikimedia Commons 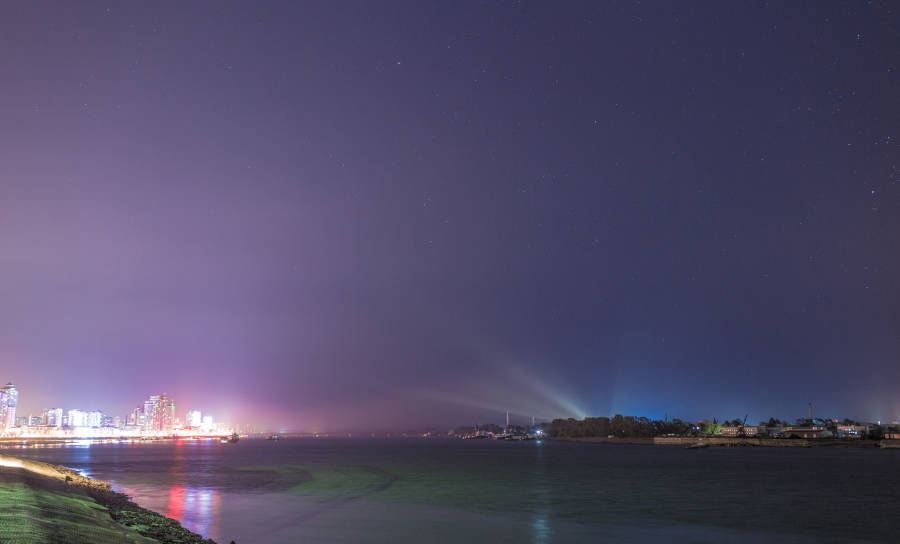 If China were to cut the proverbial cord, North Korea -- save for a comparatively unstable satellite backup via Germany -- would instantly be without Internet. Although China and North Korea have maintained relatively good relations, there are extraordinary differences between these two adjacent nations (see their border above, with China on the left and North Korea on the right).Flickr 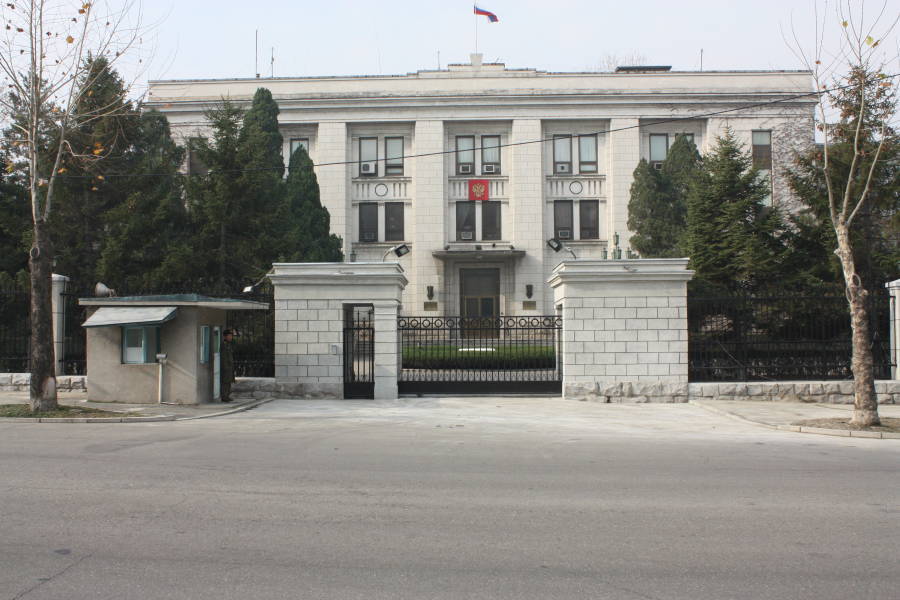 Amid such strict Internet limitations, some North Koreans have taken creative measures to access the Internet. The government noticed that there was an unusually high clustering of residents living near foreign embassies and correctly surmised that this was because citizens were hopping on those embassies' Internet connections. Wi-Fi has since been banned at all foreign embassies (see Russia's embassy in North Korea above).Wikimedia Commons 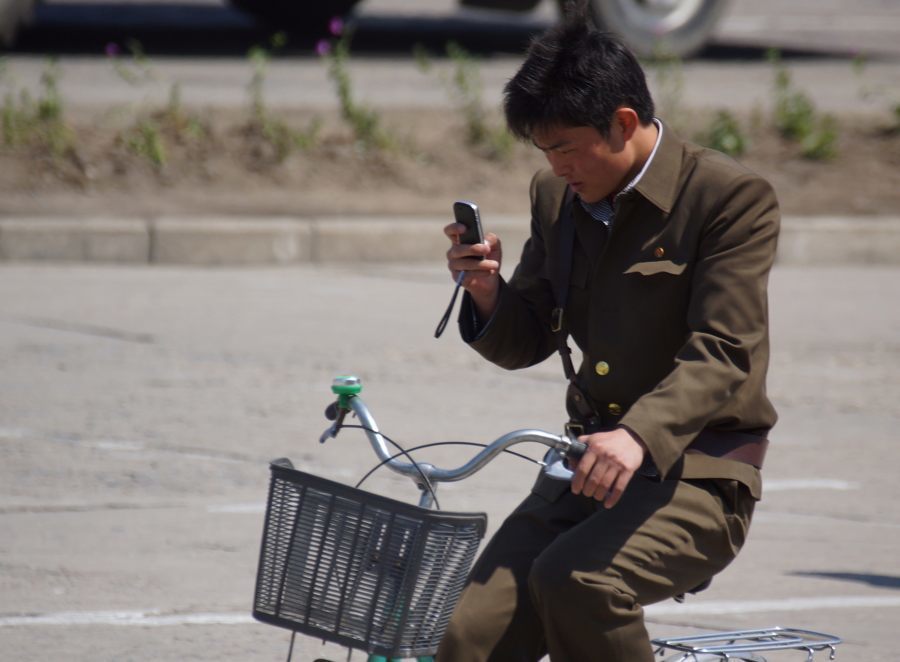 Elsewhere, reports show that North Koreans living near the Chinese border have been able to illegally connect to Chinese networks in order to get online via their mobile devices.Wikimedia Commons 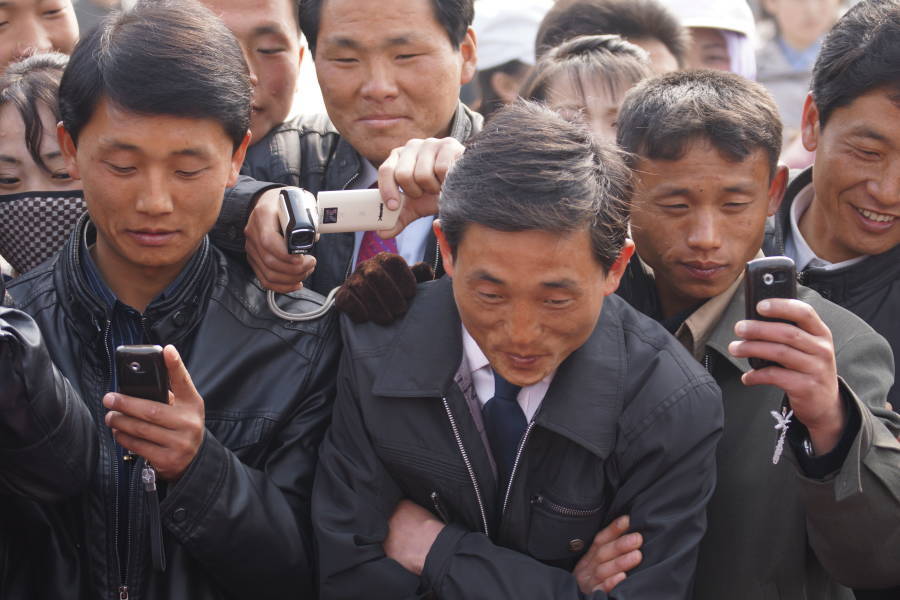 There are about 2 million mobile phones in use in North Korea, but citizens are restricted from using them to access the Internet.Wikimedia Commons 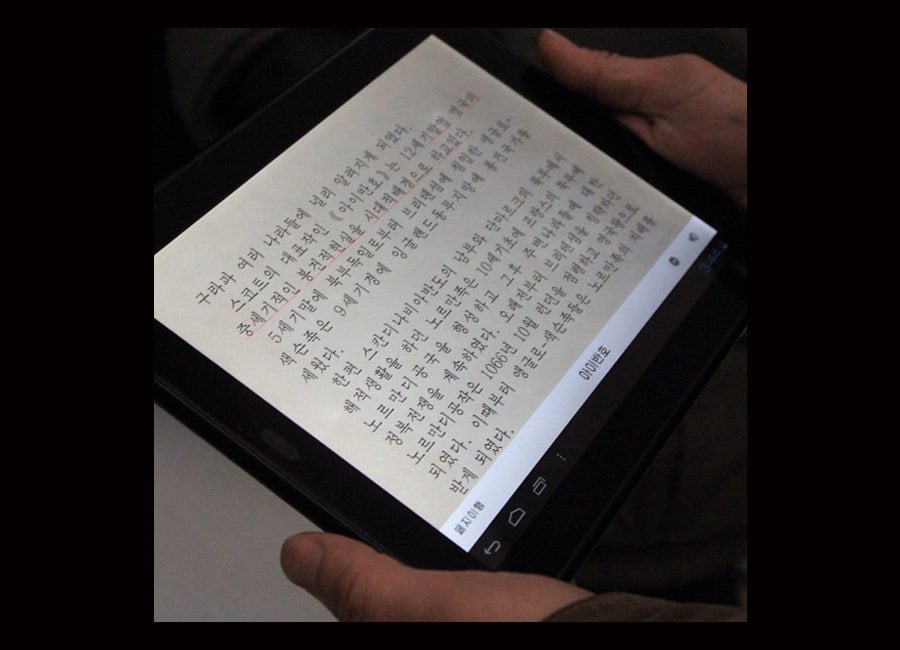 While North Koreans have recently been able to use tablets -- largely one model presumed to be manufactured in China (Samjiyon, above) -- they too are not equipped with Internet access. Image Source: Will Scott / Instagram 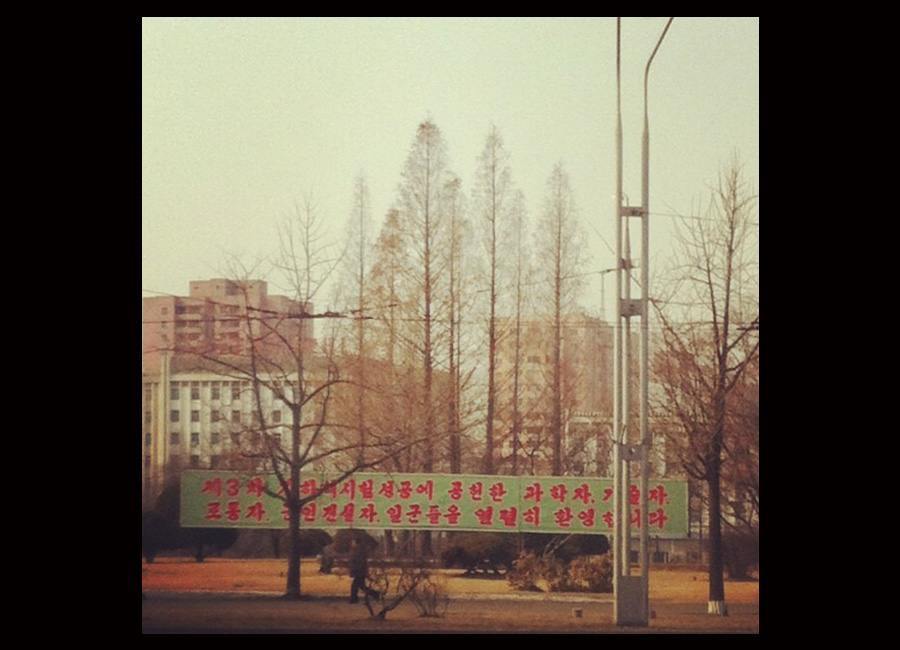 Foreigners inside North Korea, however, have been allowed to access the Internet from their mobile devices since 2013, leading to a wave of posts from within the country. One of the first images taken, of a sign welcoming nuclear test scientists in Pyongyang, came via Korean AP bureau chief Jean Lee (above).Jean Lee / Instagram 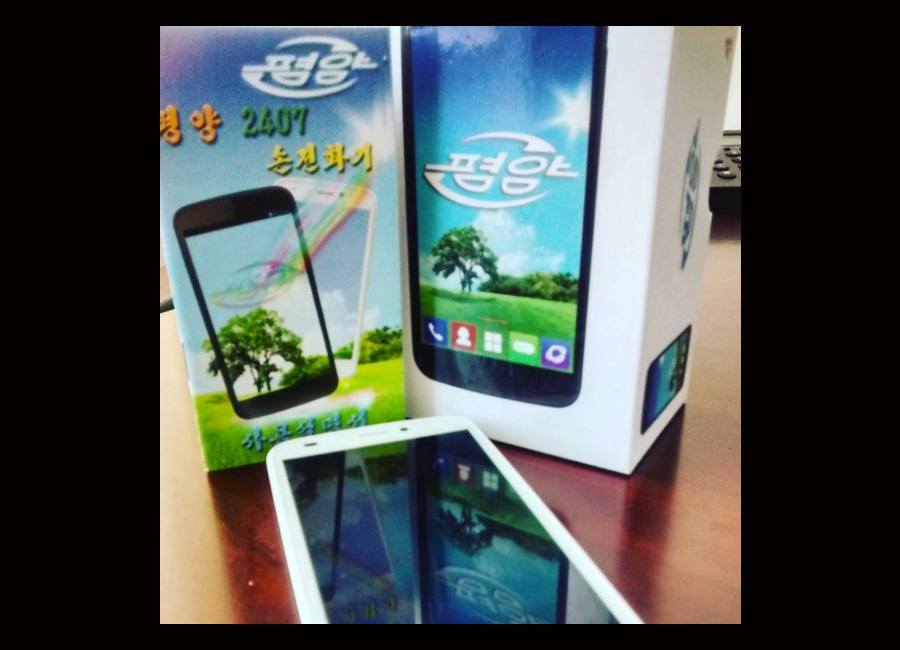 While foreigners are allowed to bring their own mobile devices into the country, North Korean citizens cannot buy phones from most major manufacturers (including Apple, Microsoft, and Sony), as they aren't permitted to sell to North Korea. Aside from smuggled phones, only local models (like the one from 2407, above) are available.Will Scott / Instagram

After learning about North Korea's internet, check out rare photographs of North Korea that reveal what it's like to live inside its borders and the shocking ways North Korean propaganda depicts America.