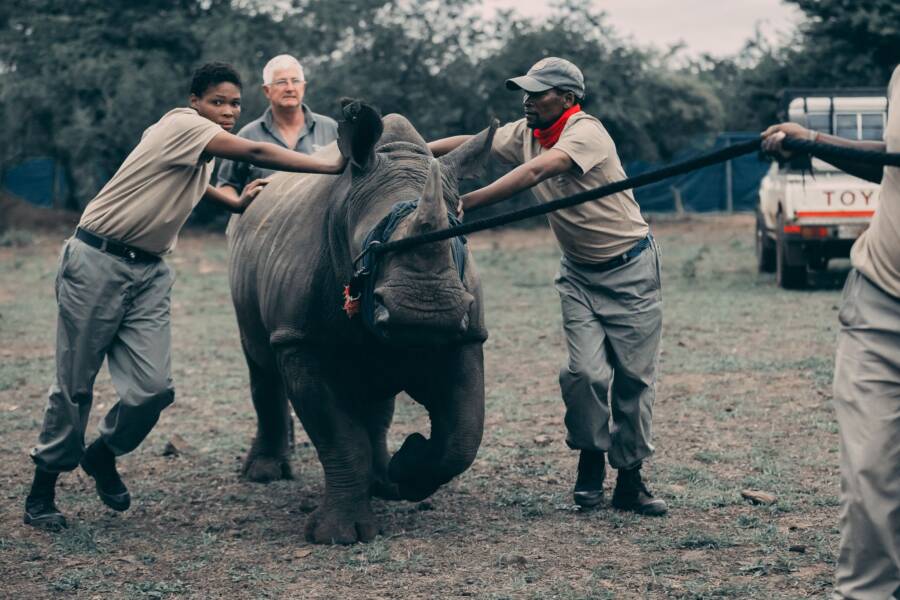 Rhinos can’t fly. But 30 white rhinos took to the skies last week in a bid by conservationists to protect the species. After three years of organizing, the animals were moved from South Africa to Rwanda to create a new breeding stronghold.

“This move is the first of its kind with so many animals from wild to wild,” explained Jes Gruner, the park manager of Akagera National Park in Rwanda, where the rhinos were rehomed. Gruner, a board member for the conservation organization Africa Parks, oversaw the operation.

He added: “It’s been a huge task. We chartered an aircraft … It’s also one of the longest trips ever done. This move sets the benchmark for future white rhino conservation.”

In what Africa Parks called “the largest single rhino translocation ever undertaken,” 30 rare white rhinos were flown from andBeyond Phinda Private Game Reserve in South Africa to Akagera National Park. They include 19 females and 11 males and a mix of adults and adolescents.

The ambitious move was a collaboration between the Rwanda Development Board, African Parks, and Beyond Phinda Private Game Reserve, with funding provided by the Howard G. Buffett Foundation.

Conservationists are hopeful that the move will “extend the white rhino range” and “secure new breeding stronghold” for the rhinos in Rwanda, a new introduction to the country. Spreading out the species will also hopefully protect the animals from poachers. 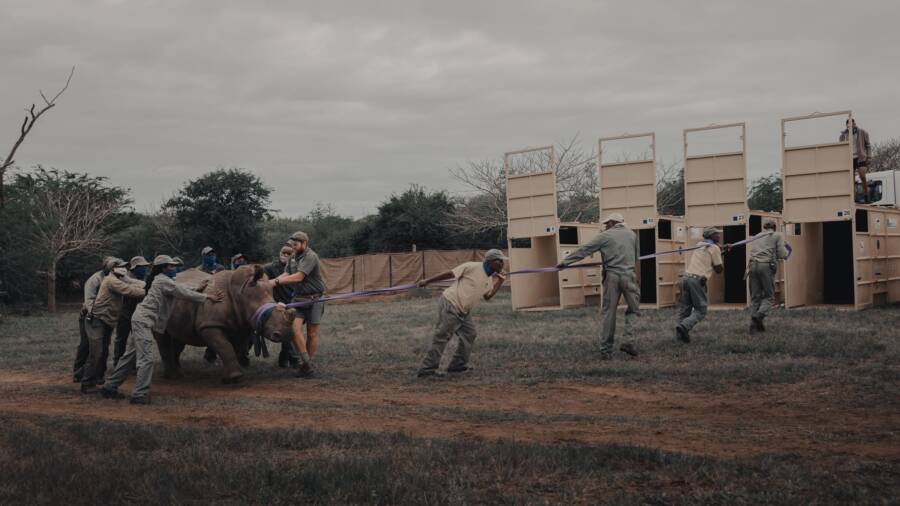 Martin Meyer & African ParksThe rhinos had to be tranquilized for the journey so that they’d remain calm.

Sending the rhinos on their 2,000-mile journey wasn’t easy. The animals spent months in quarantine and were offered national police escorts.

When the day finally came to move the rhinos from South Africa to Rwanda, the animals were also lightly tranquilized to keep them calm during the flight.

“The rhinos weren’t sedated on the plane in the sense they were totally lying down, as that’s bad for their sternums,” explained Gruner. “But they were partly drugged, so they could still stand up and keep their bodily functions normal, but enough to keep them calm and stable.”

Once the rhinos arrived in Rwanda, they were fitted with a tracking transmitter so that park officials could keep a constant eye on their movements. A canine unit and helicopters will also be used to protect them from poachers.

Now, the waiting begins. Conservationists are hopeful that the rhinos will quickly settle into their new home and start mating.

“We look forward to the day when we have some white rhino calves in Rwanda – ‘first generation’ Rwandan white rhinos,” said Gruner, noting that Akagera is the “right spot” for the rhinos. “The day they start multiplying in number, we know this has been a successful project.”

Officials in Rwanda are also thrilled to welcome the white rhinos, which they see as an opportunity to protect the species while revitalizing Akagera.

“This is an opportunity for Rwanda to substantially advance its contribution to rhino conservation, with Akagera poised to become a globally important sanctuary for black and now white rhinoceros,” said Ariella Kageruka, the acting chief tourism officer with the Rwanda Development Board.

“We’re extremely proud of our conservation partnerships and our national parks, which are playing a pivotal role in meeting biodiversity targets and in driving sustainable, transformative, equitable socio-economic growth.” 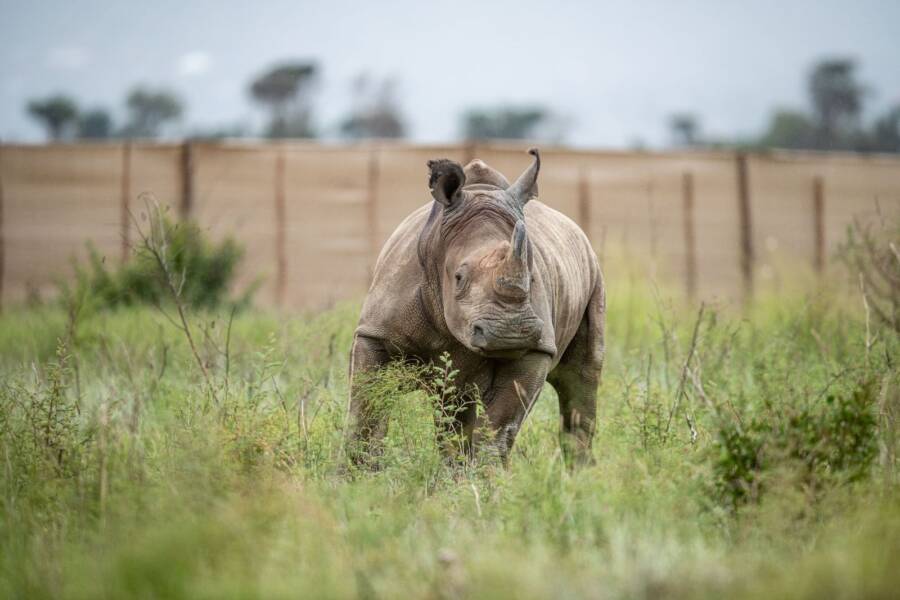 In some ways, the story of the white rhino is largely one of success. Just 50 such rhinos remained in the 1900s, a number conservationists have boosted to about 18,000 in the last century. However, aggressive poaching has eaten away at their numbers in recent years.

As such, moves like this one are crucial for the species’ survival. Facing poachers, rhinos must have access to “safe, intact wild landscapes.” And the more diverse and far-flung, the better.

“It’s absolutely vital to get white rhinos spread across the continent, where they have safe habitats, and not necessarily only where they used to be,” Gruner said.

“We need to spread the risk. If some countries can’t get hold of the illegal wildlife trade, white rhinos and rhinos in general might be pushed to the brink of extinction. We have to do everything we can to address their safety.”

After reading about the largest white rhino translocation ever, go inside the bloody big game hunting industry in Africa. Or, learn about the joyful birth of a rare white rhino calf at Disney’s Animal Kingdom.