The as-yet-unnamed rhino calf weighed in at 150 pounds and will weigh some 5,100 pounds when it grows up. 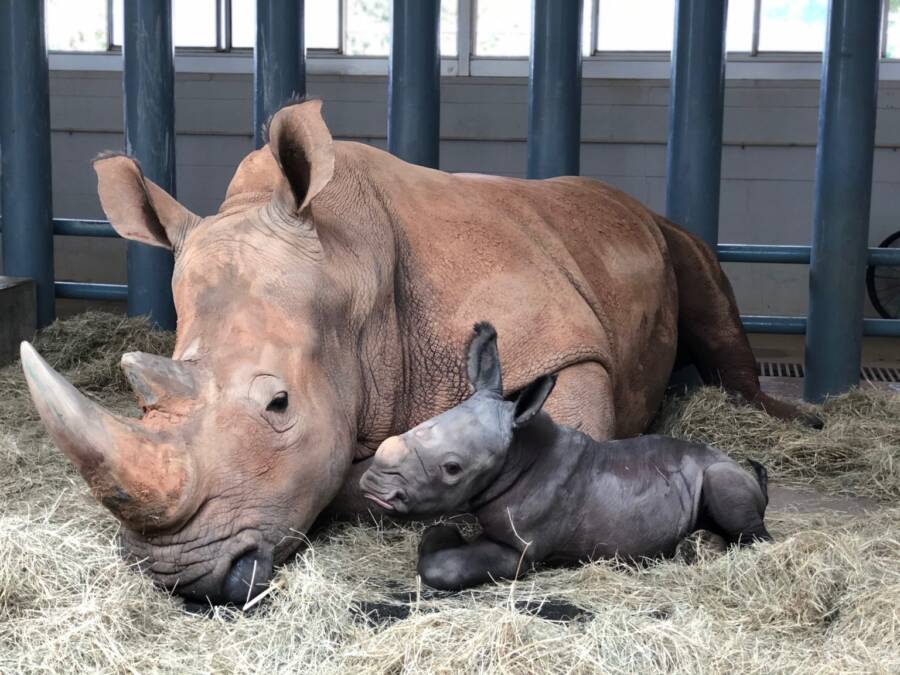 Walt Disney WorldKendi and her yet-unnamed baby are recuperating after a 16-month pregnancy.

A southern white rhinoceros calf born at Disney’s Animal Kingdom Theme Park has conservationists cheering for this near-threatened subspecies. According to CNN, the pregnancy took 16 months — and saw the first rhino born at the park in 1999 become a mom.

New-mom Kendi has spent her entire life at the Orlando theme park. According to USA Today, the momentous occasion of her offspring’s healthy birth was announced on Oct. 25. Her son, who has not been given a name yet, is now the 11th white rhino born at the resort. The pair has been recuperating ever since.

“Calf and mother are doing well under the keepers’ watchful eyes,” the park said in a press release. “While rhinos are gregarious by nature; for now, the calf is resting, nursing and bonding with his mom.”

Footage of Kendi and her newborn calf, courtesy of Disney Parks.

The press release went on to say that the 150-pound baby would likely be introduced to his “crash,” or group of rhinos, in the coming weeks. This is an essential part of the process for newborns of the species to form healthy social and behavioral traits.

Fortunately, the Orlando theme park and resort has a sizable savanna where the animals can socialize. For curious visitors, the calf and its peers can be seen in their captive habitat from the park’s Kilimanjaro Safaris ride.

Behind the scenes, the Association of Zoos and Aquariums spearheaded the breeding program that brought this new calf into the world.The association’s aptly named Species Survival Plan essentially oversees the “responsible breeding of endangered species.”

For Kendi, that meant being paired with a healthy male named Dugan — and hoping for the best. Still, despite this hopeful new birth, the troubling truth is that these animals are in dire straits.

A BBC News documentary on the human and environmental factors that have decimated rhino populations.

Both northern and southern white rhino species are threatened by poachers, agricultural encroachment, and general human activity. In Asia, there’s a belief that the animal’s horn can cure a variety of illnesses — making rhino poaching in some places more lucrative than selling drugs.

According to the World Wildlife Fund, agriculture and human settlements cause equal harm to the animal’s global populations. The situation is so bleak that there are only two northern white rhinos left in the entire world. Tragically, both Fatu and Najin are female.

The last male, Sudan, died in 2018 — leading the pair of female rhinos to live the rest of their days out at the Ol Pejeta Conservancy in Kenya without any hope of reproduction. As such, fears that this subspecies is on the verge of extinction are sadly well-founded.

As for the southern white rhino, Kendi has just birthed a healthy and promising new member of the species. The species has previously been on the brink of extinction but bounced back due to the tireless efforts of conservationists at the Hluhluwe Imfolozi Park in KwaZulu-Natal, South Africa. 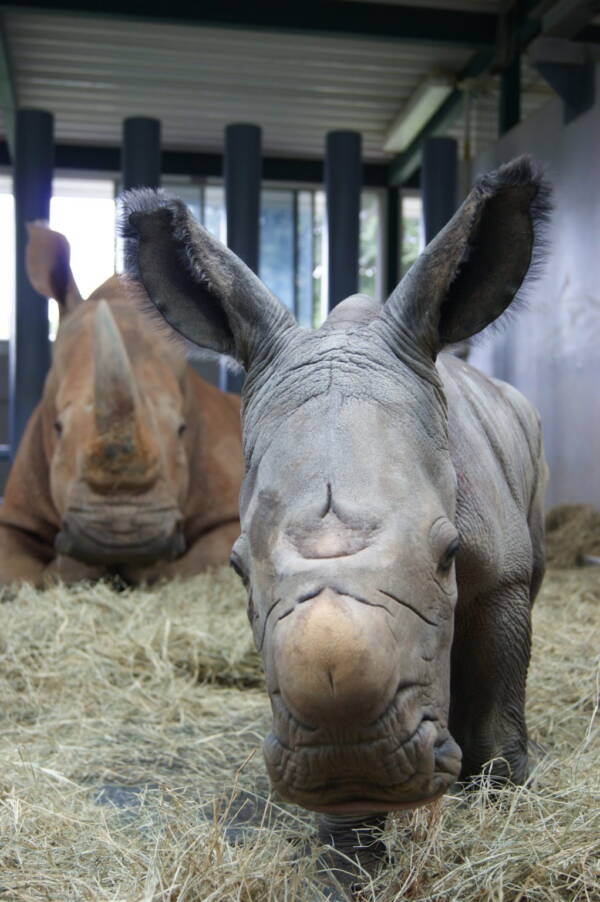 Walt Disney WorldThe young calf is now in the process of socializing with its “crash,” or group of rhinos, on the Orlando resort’s savanna.

Ultimately, Kendi’s successful pregnancy is a shining beacon of light and hope. While it’s mainly good news for the species, it’s also a reminder that despite the peril many species of animals now face, concerted efforts to save them can truly make a difference.

And happily, there will be more little white rhinos to celebrate soon. Two other white rhinos at the Orlando resort are pregnant and expected to give birth in 2021.

After learning about the endangered white rhino born at Disney World’s Animal Kingdom, read about the poachers who broke into a Paris-area zoo to kill a rhino and take its horn. Then, learn about Indian park rangers shooting poachers on sight in an effort to end rhino hunting.