Why Crashing A Plane Isn’t So Easy 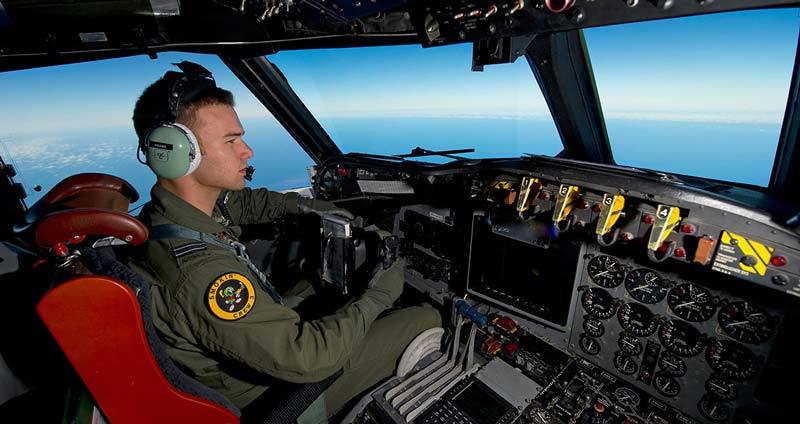 An Australian pilot stays awake and alert over the monotonous sea. Source: Reuters

Planes are terrifying, right? A mix of exhilaration and sheer terror lingers in the mind when sitting on the runway, waiting for takeoff– how could something weighing over 400 tons with thousands of miles of electrical cable and 250 human beings inside of it simply launch into the sky and stay there?

If you’ve got a window seat near the wing, it’s likely you’ll spend a good amount of that time examining the engine case for loose screws and hoping your pilot has gotten a good night’s sleep.

For shaky travelers, British Airways offers a course called “Flight Confidence”. Flight instructors and “fear of flying schools” will often shut the engines of a plane off and allow you, the terrified passenger, to steer the bird down to the ground.

Planes don’t just fall out of the sky–it takes a hell of a lot of effort to override the automatic controls of most airlines, which are designed to bark and squeal and chirp warnings and directions at you.

Every airliner in the world operates on “fly-by-wire” controls. No, your aircraft isn’t strung up like a marionette; everything the pilot does is translated through a computer and handled by the plane’s electronics. Before the digital revolution, flight controls were manual: to move the rudder (the tab at the edge of the tail section that controls the yaw, or turning angle, of the aircraft), you’d have to push down a pedal that was connected to the rudder by a steel cable. After a long flight, this could get pretty exhausting, and often air pressure and external forces made the job even harder, especially in emergency situations. Now, machines do most of the work for us.

The final moments of Aeroflot Flight 593. Warning: may be disturbing to some.

When it comes to flying, machines do more work than humans, and as history has shown in many cases that is for the best. Russian Aeroflot Flight 593 infamously crashed while the pilot’s son was playing with the controls. The boy put enough force on the control stick to turn off the plane’s autopilot, sending the plane into a fatal dive.

Interestingly, if the pilots of that flight had simply let go of the stick and allowed the autopilot to take over again, the plane may have recovered. The body of a plane is designed to stay aloft–when that stops happening and the plane begins to plummet, it is usually because of some form of pilot error.

But that’s the concern, right? The pilots. In the case of the Germanwings disaster, the co-pilot committed the “error” of locking the door and sending the plane into an unrecoverable dive.

An unknown pilot going by the name “archerduchess1990” on Reddit had this to say on the matter:

As far as changing cockpit security procedures in response to one isolated, ultra-rare pilot suicide, this is the kind of knee-jerk reaction we are trying to avoid. Having a 12-inch steel plated bulletproof fingerprinting biometric scanning coded door that can be opened by ATC and flight attendants sounds great on paper, but it would never happen! It would be 1) Overly complicated, 2) Ridiculously expensive, and airlines are notoriously cheap and wouldn’t buy it, but most importantly, 3) It is just not a rational response to an event that is much more rare than an actual terrorist attack.

Your chances of being involved in a plane crash are on par with being hit by a meteor.

And if you’re a nervous flyer that has to change to a dry seat cover every time the plane hits a bump, don’t fear– the majority of plane crashes happen in the first three or the last eight minutes of a flight, i.e: take-off and landing. The rest of the time, you can rest easily: the robots are taking care of all the heavy lifting. Just make sure no humans mess it up.