As one of the first Black men to receive the Medal of Honor, William Harvey Carney made history for his valor in the 1863 battle at Fort Wagner. 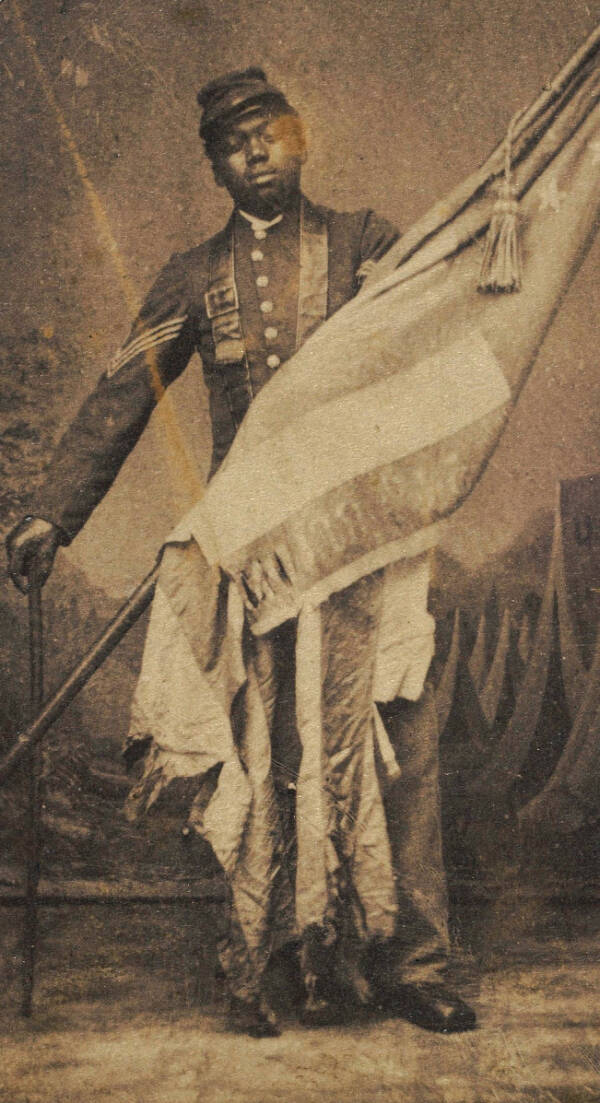 Public DomainWilliam Harvey Carney with the American flag, circa 1864.

William Harvey Carney originally wanted to be a minister, but when the Civil War broke out, he decided the best way to serve God was to enlist — and fight for Black Americans like himself.

During his year of service in 1863, Carney became a hero. In the violent fray of the battle of Fort Wagner, he snatched up the American flag from a fallen color guard and protected it at all costs.

This is the inspiring story of William Harvey Carney and how he won the prestigious Medal of Honor.

Born on Feb. 29, 1840, William Harvey Carney spent his early years enslaved in Norfolk, Virginia. But his father, William, had his eye on the North.

Some sources state that William moved his family to New Bedford, Massachusetts following the death of their master, which granted them freedom. Others claim that William traversed the Underground Railroad, then bought the freedom of his son and wife, Ann.

In any case, the family reached New Bedford by the mid-1850s. There, William Harvey Carney learned to read and write. Though he thought about becoming a minister, the rumbles of war changed his priorities.

“Previous to the formation of colored troops, I had a strong inclination to prepare myself for the ministry,” Carney told the abolitionist newspaper The Liberator in 1863. “But when the country called for all persons, I could best serve my God serving my country and my oppressed brothers. The sequel in short — I enlisted for the war.”

After enrolling in a Black militia in New Bedford, Carney joined the 54th Massachusetts Volunteer Infantry Regiment in March 1863, one of the first official all-Black regiments in U.S. history.

Then, William Harvey Carney marched off to fight in the Civil War.

Saving The Flag In Fort Wagner 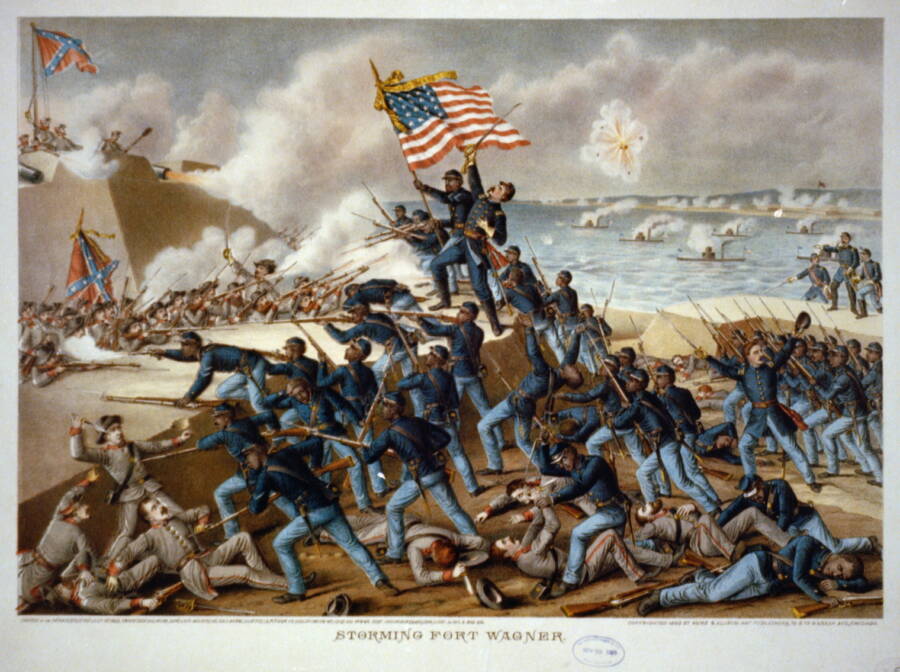 Library of CongressA print depicting the Battle of Fort Wagner from 1890.

Just a few months after William Harvey Carney joined the 54th, his unit faced one of its greatest challenges yet. On July 18, 1863, they stormed the Confederate stronghold of Fort Wagner in South Carolina.

As bullets rained down from the fort, Carney and the 600 men of the 54th pressed on. And when Carney saw a bullet pierce the unit’s color guard, he lunged forward to catch the American flag before it fell.

Flag in hand, he zigzagged across the chaotic battlefield. Carney found himself alone, with Confederate troops on the march. As he stood to try to get a better lay of the land, he felt something hit him.

“The bullet I now carry in my body came whizzing like a mosquito, and I was shot,” Carney later wrote. “Not being prostrated by the shot, I continued my course, yet had not gone far before I was struck by a second shot.”

Shot twice, Carney nevertheless stumbled forward, “pressing his wound with one hand and with the other holding up the emblem of freedom,” as later described by The Liberator.

He refused to let the flag go, even when a fellow Union soldier offered to take it from him. Finally, he reached his unit and held the flag aloft.

“Boys, I did but my duty,” he allegedly cried before collapsing. “The dear old flag never touched the ground!”

The Union Army lost the battle, and the 54th lost 272 of their men. But William Harvey Carney emerged from the fray as a hero.

The Legacy Of William Harvey Carney

Troubled by his bullet wounds, William Harvey Carney received an honorable discharge in June 1864. He went home to New Bedford, married, and became the state’s fourth Black postman, a job he held for three decades.

But Carney’s heroism was not forgotten. On May 23, 1900 — almost 40 years after he’d saved the flag — Congress awarded him the prestigious Medal of Honor. “I only did my duty,” Carney said of his bravery back in 1864. 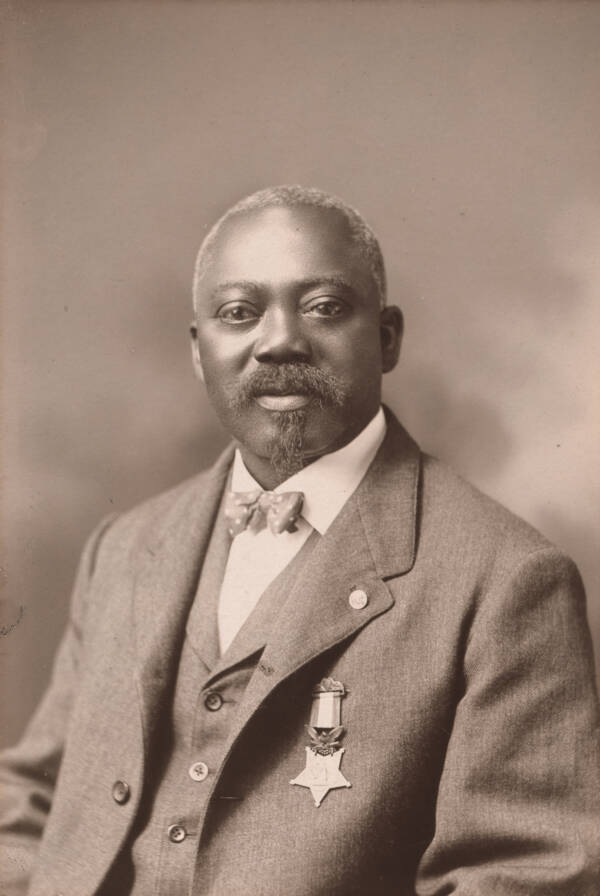 Though other Black Americans had received the Medal of Honor before Carney, Carney’s actions at Fort Wagner were the earliest acts to be recognized by Congress. That’s why he’s often considered the first Black recipient of the Medal of Honor.

And in his final years, Carney remained proud of his legacy. He attended Civil War reunions and battle anniversaries with his fellow soldiers and even once sang the Star-Spangled Banner at an event in 1889.

He tragically died on December 9, 1908, after an elevator accident. But William Harvey Carney left behind an impressive legacy — as a war hero, a Medal of Honor recipient, and as someone who put his love of country above all else.

After reading about William Harvey Carney, learn about Mary Edwards Walker, the only woman to have received the Medal of Honor. Or, discover the incredible story of Eugene Bullard, the first Black American fighter pilot.