After a yearlong sting operation conducted by authorities, the missing shoes were finally recovered — but the FBI still doesn't know who's responsible for the crime. 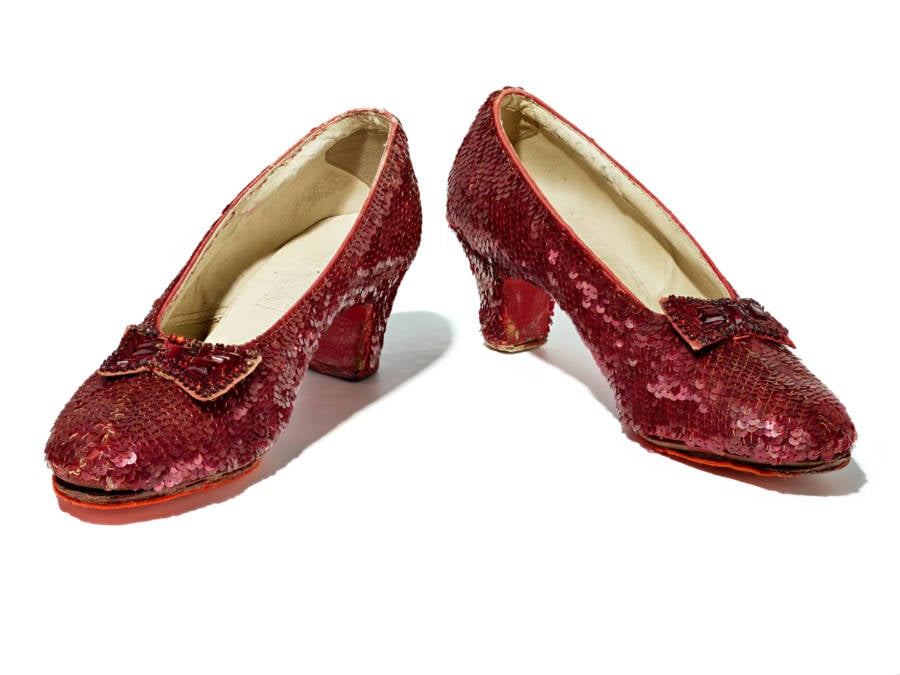 SmithsonianThe recovered pair of ruby slippers were revealed to the public following investigation and inspection on September 4, 2018.

A pair of slippers that Judy Garland wore while in her iconic role as Dorothy Gale in The Wizard of Oz that were stolen from a Minnesota museum 13 years ago have been finally located by the FBI. Unfortunately, the slipper thieves are still at large.

The slippers are one of four known pairs that Garland wore on set of the film. Memorabilia collector Michael Shaw loaned the slippers to the Judy Garland Museum in Grand Rapids, Minnesota — the birthplace of the actress — in 2005 as a part of Grand Rapids’ Annual “Wizard of Oz” Festival to the excitement of locals.

A pair of ruby slippers worn by Judy Garland in the 1939 film The Wizard of Oz, and stolen from the actress’ namesake museum in Minnesota more than a decade ago, has been recovered: https://t.co/5HsUe163VF pic.twitter.com/edKUFiwWpf

However, Shaw elected to not have the slippers kept safe in non-business hours as he feared too much handling of the delicate shoes could result in damage.

So, unfortunately, not long after the slippers were donated, thieves broke into the museum after hours and bashed the plexiglass case where the slippers were housed with a baseball bat. Investigators say that the heist likely happened within a matter of seconds. No alarm sounded off and police were unable to recover any fingerprints at the crime scene.

“We kicked ourselves in the butt for not putting them in the safe,” said Jon Miner, one of the museum’s board members in a 2015 interview with The Washington Post.

Shaw told the Duluth News Tribune following the theft that it was “the worst nightmare for me,” and that he was “devastated” by the crime.

The slippers were reportedly insured for $1 million and were recovered by authorities earlier this year following a yearlong sting operation conducted by the FBI’s art crime unit and federal agents in Chicago, Atlanta and Miami.

The FBI reveal of the recovered pair of ruby slippers.

There were many theories as to where the shoes might have gone and who was responsible for the theft, some of which implicated the museum, theorizing an inside job. “We’re the ones that want to find them because they were entrusted to us,” said Jon Miner, the museum’s co-founder, in response to these claims.

The museum renewed their search efforts in 2015 that included an investigation of a local lake. In conjunction with the Itasca County Sheriff’s Dive Team, the museum followed up on a theory that the thieves had dumped the slippers into a lake in the area. The search occurred during the 40th Annual “Wizard of Oz” Festival, but divers came up empty-handed.

Numerous tips reached authorities as to where the slippers might have been, but the FBI didn’t get a legitimate break in the case until the summer of 2017 when an individual contacted the company that insured the slippers saying that he had information about their whereabouts.

It became apparent that the individual who contacted the company was seeking some sort of compensation in return, so the company contacted the FBI on their suspicion. This led to an undercover operation that ultimately ended with the slippers in Minneapolis which were then sent to the Smithsonian museum in Washington, D.C. for authentication. 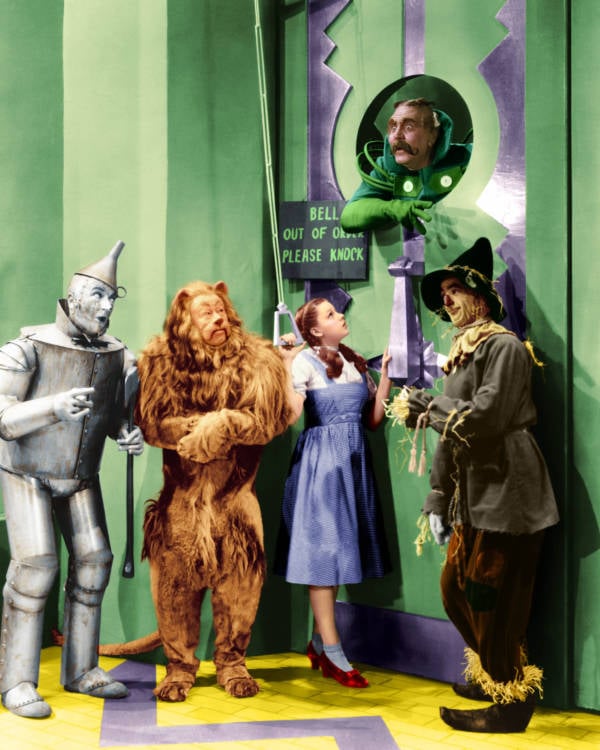 Silver Screen Collection/Hulton Archive/Getty ImagesJack Haley as the Tin Man, Bert Lahr as the Cowardly Lion, Judy Garland as Dorothy, Ray Bolger as the Scarecrow and Frank Morgan as the Doorman to the Emerald City in The Wizard of Oz, 1939.

But the mystery thickens. There are three other pairs of authentic Judy Garland Wizard of Oz slippers known to exist, and one of those pairs is on display at the Smithsonian. As it turns out, the pair that was just discovered is actually mismatched and match the respective left and right shoes that currently reside at the Smithsonian.

For the time being, Shaw says that the recovered slippers are in “pristine” condition — looking just as wonderful as they did before they were stolen.

The FBI, however, still does not know who was behind the initial 2005 heist and subsequent extortion attempt. Jill Sanborn, the special agent in charge of the Minneapolis division of the FBI, said in a press conference that “This is still a very, very active and ongoing investigation,” and urges anyone with information to contact her office.

After learning about the recovery of Dorthy’s ruby slippers from the Wizard of Oz, read this story about thieves that managed to take off with precious Swedish crown jewels. Then, read about the surprising accusations that the rowdy actors playing munchkins in “The Wizard of Oz” molested Judy Garland on set.