Authorities closed down the fish market after learning about the googly eyes, and it's unclear if they'll be allowed to open their doors again. 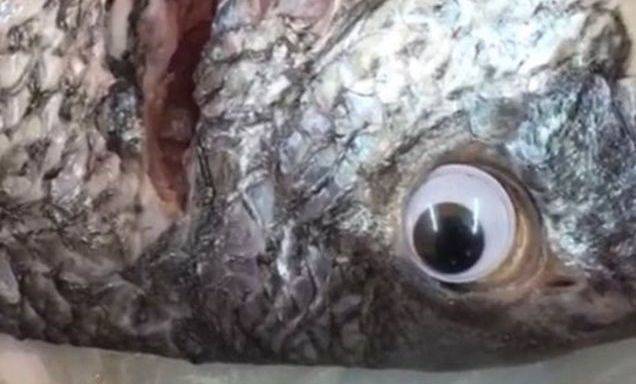 A fish store in Kuwait was shut down by authorities after it was discovered that the owners were sticking plastic, craft-store “googly eyes” onto their fish in an apparent effort to make their product look fresher.

The freshness of a fish can indeed be judged by its eyes. The whiter the fish’s eyes, the more recently it was caught. In this case, the googly eyes did cover up the rotting, yellowish color of the fish’s actual eyes. However, the ruse didn’t exactly go unnoticed.

A video of the googly-eyed fish first started circulating among local WhatsApp users before still images wound up on Twitter, where users had a field day making fun of the ridiculous tactic employed to seemingly sell more fish to the public. Local newspaper Al Bayan originally reported the shutdown of the fish vendor and also posted images of the fake fresh fish to Twitter. 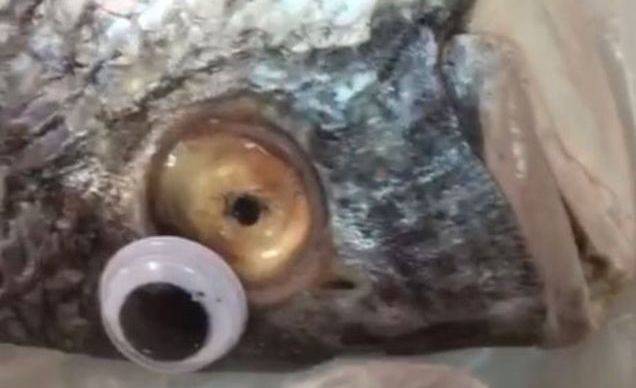 The hilarious stunt then had Twitter users running wild, posting images of the failed attempt to trick fish market shoppers into buying the “fresh” fish.

Never judge the freshness of fish by the googliness of their eyes. https://t.co/hW50lwpwCz

I will now exclusively shop for fish within googly eyes pic.twitter.com/615gIuOoWI

Social media users weren’t the only ones that mocked this particular store for the stunt. Other fish vendors in the area took advantage of the store’s mistake by mocking it in their own advertising.

One company stated on social media that they were selling “fish without cosmetics” and shared images of fish with different colored contact lenses photoshopped onto them.

Although it seems incredibly silly to try and fool people into buying fish that is clearly rotten by sticking on fake eyeballs, the fact is that so much of the world’s fish caught for human consumption goes to waste.

According to a July 2018 report published by the Food and Agriculture Organization of the United Nations (FAO), about 35 percent of fish caught for food never wind up getting consumed due to overfishing. 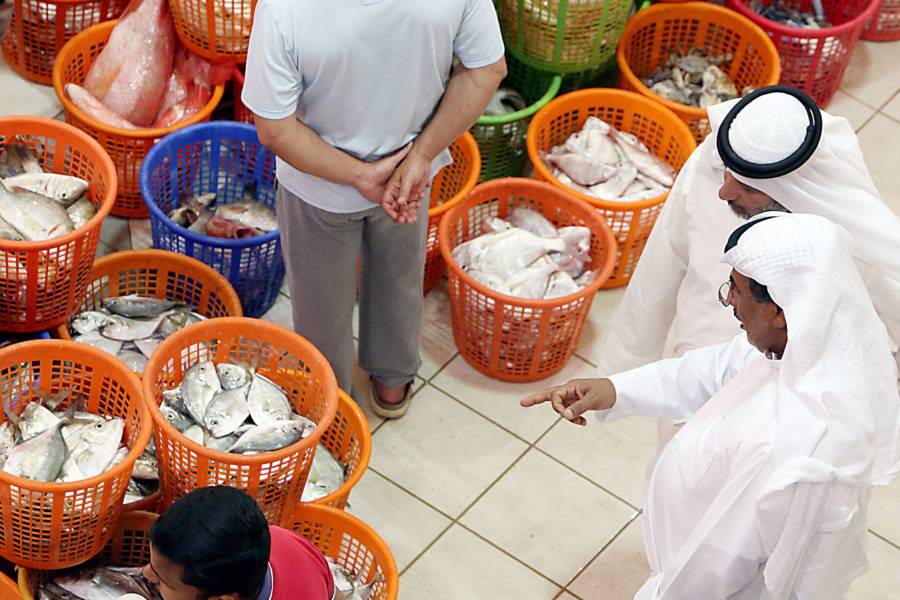 “The fact that one-third of all fish caught goes to waste is a huge cause for concern for global food security,” said Lasse Gustavsson, executive director of ocean conservancy nonprofit Oceana.

Apparently, this store didn’t want their own fish supply to go to waste and instead opted to try and trick its customers into buying their product, even though the fish they were selling were obviously long past their expiration date.

The same United Nations report also highlighted that fish production is currently at an all-time high. Fish consumption has been steadily increasing for decades. José Graziano da Silva, FAO director-general, said in the report that, “Since 1961, the annual global growth in fish consumption has been twice as high as population growth.”

Because fish consumption has been increasing, there is a seemingly higher demand for fisheries to catch more product to sell. But when the supply significantly outweighs demand, a lot of the supply can wind up going to waste.

And as we’ve now seen in Kuwait, fish vendors can come up with some pretty creative ways to try to stop their product from going to waste — even if it might have already gone bad.

Next, read up on all the food waste facts that the world can’t ignore. Then, learn about the alarming amount of plastic that the would has produced to date.