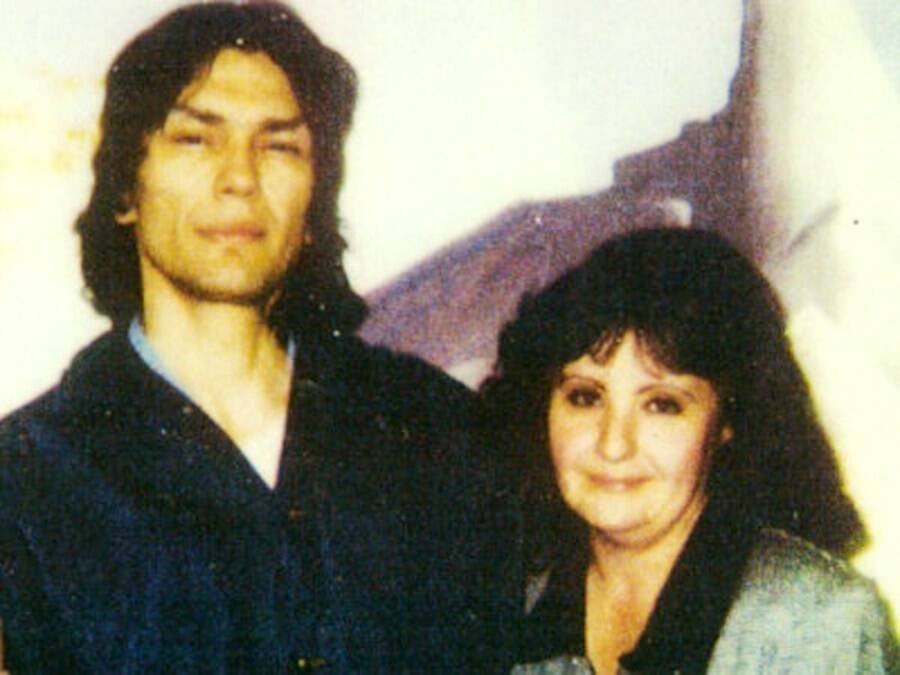 Public DomainLioy and Ramirez snap a photo during a prison visit.

For a little over a year, Richard Ramirez terrorized California — from Los Angeles to San Francisco. Murdering at least 14 people in 1984 and 1985, Ramirez was better known as the “Night Stalker.”

Unlike other serial killers who have a “type,” Ramirez was willing to kill just about anyone who crossed his path. He murdered both men and women, some in their 20s and others who were in their 60s or older. Aside from killing people, he also raped multiple women and burglarized several homes.

As his nickname implied, his crimes typically happened at night — after he broke into people’s homes without warning. Eerily, many of his crimes also involved a Satanic ritual of some kind — as Ramirez was a Satanist.

He was finally caught at a convenience store in August 1985, after a group of police officers noted that he looked exactly like the suspect plastered across the newspapers. Ramirez was quickly put behind bars — but some women wanted to be closer to him than ever.

As a single man on Death Row, Ramirez received countless love letters. But one magazine editor named Doreen Lioy stood out — for her persistence. Over the course of 11 years, she sent him 75 letters in prison. She always believed he was innocent, despite his conviction and the grisly evidence of his crimes. In 1996, the two lovebirds got married. 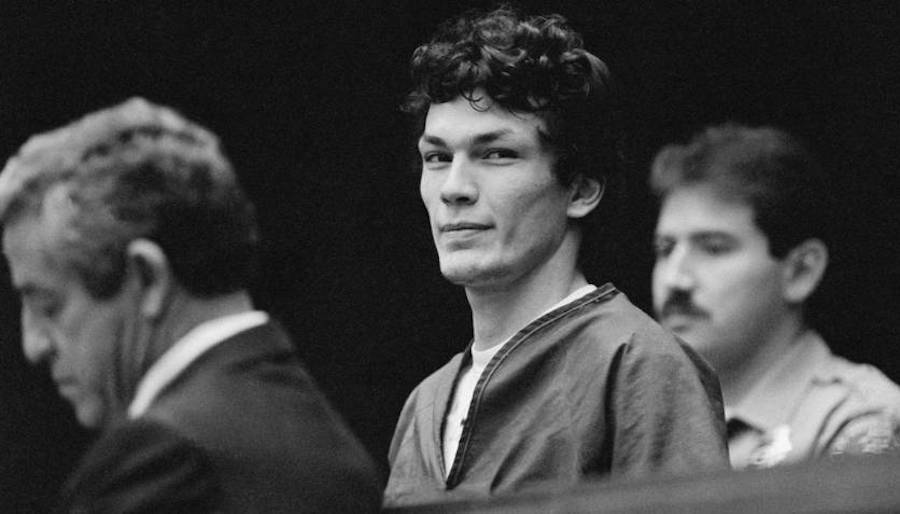 Getty ImagesRichard Ramirez was convicted of 13 counts of murder, five attempted murders, 11 sexual assaults, and 14 burglaries. Decades later, he was connected with another rape and murder — of a 9-year-old girl.

It was yet another bizarre chapter in Ramirez’s life. Abused by his father as a child, Ramirez had grown up quick — with drugs and violence encompassing his early years. While it’s hard to say what makes a serial killer, some believe that Ramirez’s tough childhood may have contributed to his psyche. However, the reason behind Lioy’s attraction to him is less clear.

Despite Ramirez’s widely publicized crimes, Lioy couldn’t resist the man. Or perhaps, it was specifically because of his gruesome history of violence that she couldn’t stay away — in another potential case of hybristophilia.

While the happy couple had accomplished what they set out to do, Lioy’s family was apparently less than thrilled. She claimed that her family had disowned her and later said that being married to a Death Row inmate was a “lonely lifestyle.”

KRON 4 interviewing Doreen Lioy about her relationship with Richard Ramirez.

Goffard described Lioy as a journalist who had first encountered Ramirez on TV and immediately saw him as attractive — and “vulnerable.” He also reported that the couple met four times a week and that Ramirez’s wife was often the first visitor in line.

For Goffard and many others, these cases are so confounding that not even direct questioning leads to any real answers. When asked about her relationship, Lioy would often roll her eyes and say, “Hometown girl makes bad.” But other times, she admitted that she understood why most people thought her relationship was bizarre.

“I know it is,” she said. “It’d be hard for me to understand if my best friend came to me and said, ‘You know, this guy Timothy McVeigh, who just got convicted? I really think he’s cute and I’m gonna write to him.’ I mean, I would think that’s kind of strange.”

Ultimately, it seemed as though their long-distance relationship didn’t end well. Although the news of Ramirez’s death didn’t include any mention of a divorce, Lioy and her husband reportedly did not see each other for a few years before he died.