The famed folk singer penned some angry -- and unpublished -- words about Donald Trump's father in the 1950s. Here's why. 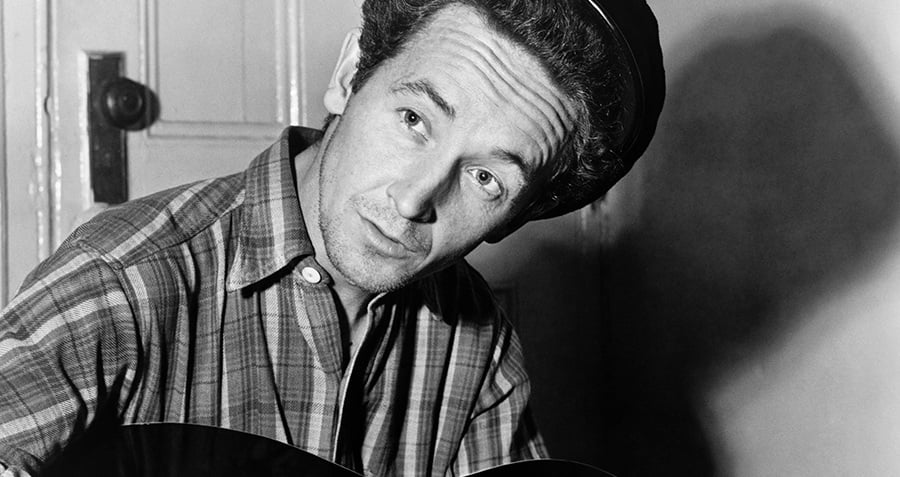 It may just run in the family.

In 1950, Guthrie moved to New York, where he soon found himself signing a lease for a space in a Coney Island-area apartment complex called Beach Haven. Little did Guthrie know that in doing so, he would come into contact with one of New York’s biggest real estate tycoons: Fred C. Trump.

The relationship was perhaps doomed from the start. After all, Guthrie is best known today for writing one of American history’s most radical endorsements of the redistribution of wealth (“This Land is Your Land”), whereas Trump’s entire business model comprised acquiring and developing said land only to cash in on its increased valuation.

Nor did it help that, in the eyes of Guthrie, Fred Trump was a shameless bigot who leaned on race-baiting to make a buck.

“[Guthrie] thought that Fred Trump was one who stirs up racial hate, and implicitly profits from it,” American literature and culture professor Will Kaufman said.

Kaufman, who works at Great Britain’s University of Central Lancashire, was the one who discovered Guthrie’s unpublished anti-Trump writings and first brought the folk singer’s sentiments toward the real estate mogul to light.

While sifting through Guthrie’s archives in Tulsa, Oklahoma, Kaufman uncovered a notebook in which Guthrie had penned lyrics excoriating Trump. Wrote Guthrie:

While Kaufman writes that it’s “unlikely [Guthrie was] aware of the murky background to the construction of his new home,” the folk singer was indeed onto something in his scathing evaluation of Trump.

After the end of World War II, returning veterans like Guthrie were in need of housing, which in New York City pushed the construction of affordable public housing to center stage.

For a long time, Kaufman writes, cities and states with comparatively diminutive coffers had been the entities that financed public housing endeavors. This changed following the war, when Kaufman writes that the Federal Housing Authority (FHA) “finally stepped in to issue federal loans and subsidies for urban apartment blocks.” Fred Trump, Kaufman notes, was one of the first people in line to take advantage of them.

And take advantage he did — so much so that in 1954, President Dwight Eisenhower ordered an investigation on the matter. William McKenna, who led the investigation, soon found that builders involved with the housing program would bestow lavish gifts to bureaucrats in charge of allocating government funds, particularly to a man named Clyde L. Powell, who oversaw money flows for Trump’s Beach Haven complex.

Mckenna’s team discovered that Powell allowed Trump to start building the complex before it was officially approved — and permitted Trump to rent out rooms six months before he had to begin repaying his loans.

By that time, Trump had made over a million dollars in rent, and taken a five percent fee of the complex’s cost, even though as the Daily Beast reports, it was earmarked for architectural work. Likewise, Trump marked up Beach Haven’s building costs by $3.7 million, a cool sum of money he presumably did not put to increased housing for World War II veterans.

Trump later testified before a Senate committee for his actions. Not unlike his son, during testimony Trump deflected accusations of wrongdoing onto those criticizing him. Indeed, Trump said the idea that he had committed a crime was “very wrong,” that “it hurt [him],” and that he — not those holding the hearing — should be frustrated, due to the “untold damage to [his] standing and reputation.”

Still, Trump’s unsavory behavior extended beyond pulling a fast one on the government. The real estate giant followed the FHA’s guidelines against “inharmonious uses of housing” to the T, guidelines which a Trump biographer calls a “code phrase for selling homes in white areas to blacks.”

While Kaufman writes that Guthrie began lamenting the racist policies that turned Beach Haven into what Guthrie called “Bitch Havens” soon after his arrival, the folk singer would die before racial discrimination cases were brought against the Trump empire, now with Donald at the helm. 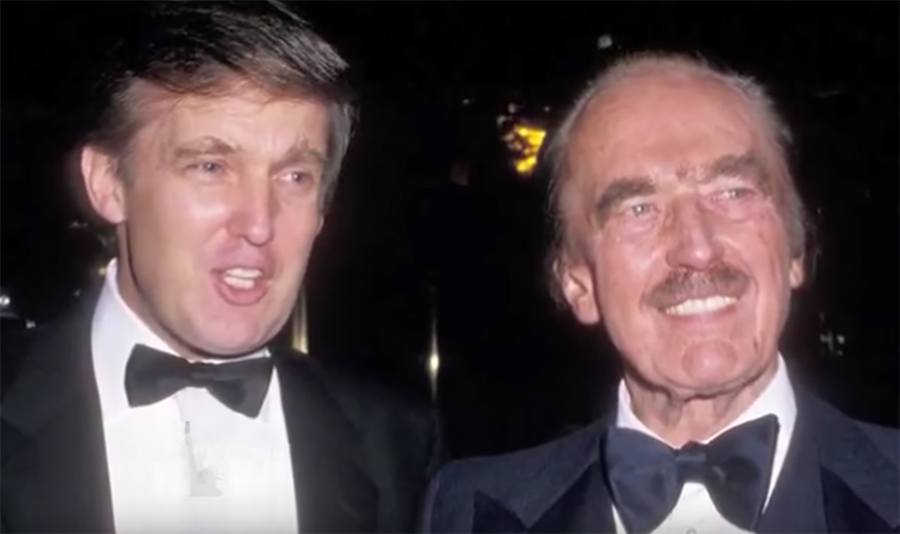 In 1973, the Department of Justice filed a lawsuit that charged that “racially discriminatory conduct by Trump agents” had “created a substantial impediment to the full enjoyment of equal opportunity,” and thus violated language of the Fair Housing Act.

“According to court records, four superintendents or rental agents confirmed that applications sent to the central [Trump] office for acceptance or rejection were coded by race. Three doormen were told to discourage blacks who came seeking apartments when the manager was out, either by claiming no vacancies or hiking up the rents. A super said he was instructed to send black applicants to the central office but to accept white applications on site. Another rental agent said that Fred Trump had instructed him not to rent to blacks. Further, the agent said Trump wanted “to decrease the number of black tenants” already in the development “by encouraging them to locate housing elsewhere.”

The Trumps, quick to attack the prosecutor for being a “hot-tempered white female” and calling the investigation “Gestapo-like,” filed a $100 million counterclaim and ultimately settled the case in 1975.

Guthrie, who succumbed to Huntington’s disease in 1967, was ahead of his time in his caustic appraisal of the Trump name. And, Kaufman notes, Guthrie would likely do the same with regards to the GOP’s presumptive presidential nominee.

Next, read about the unsavory ways in which Donald Trump made his money. Then, check out 20 absurd Donald Trump quotes you need to read to believe.