"This is an unexpected and fascinating discovery that helps to visualize and understand the rich history of the area." 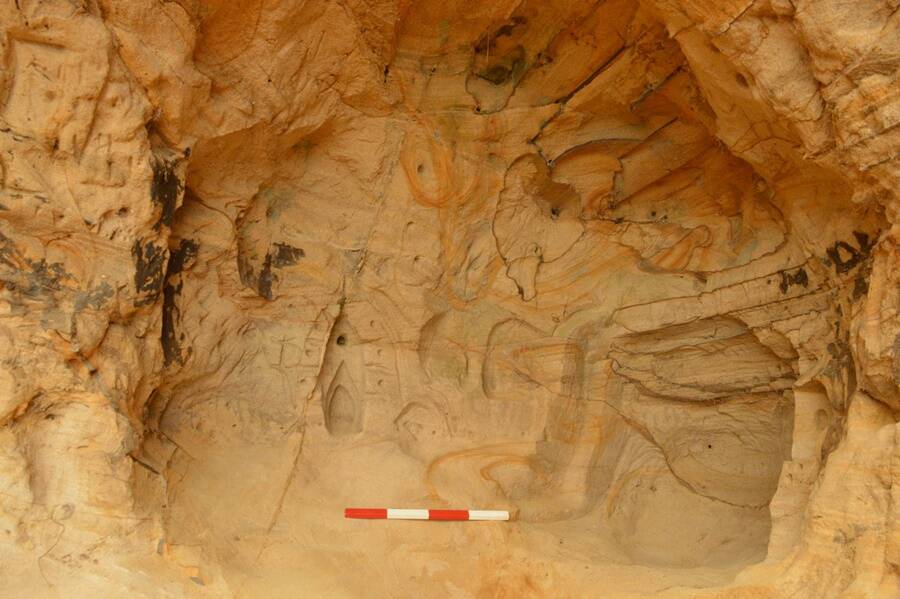 Network RailConstruction workers uncovered a cave that bears the markings of a shrine site.

According to UK news outlet The Telegraph, construction workers were working by a railroad track near Guildford when they came across something unusual.

It turned out to be a small cave. Inside, archaeologists discovered what appear to be the remnants of a shrine. They estimate that the shrine was likely built sometime in the 14th century and may have been linked to the nearby Chapel of St Catherine, which is now in ruins. 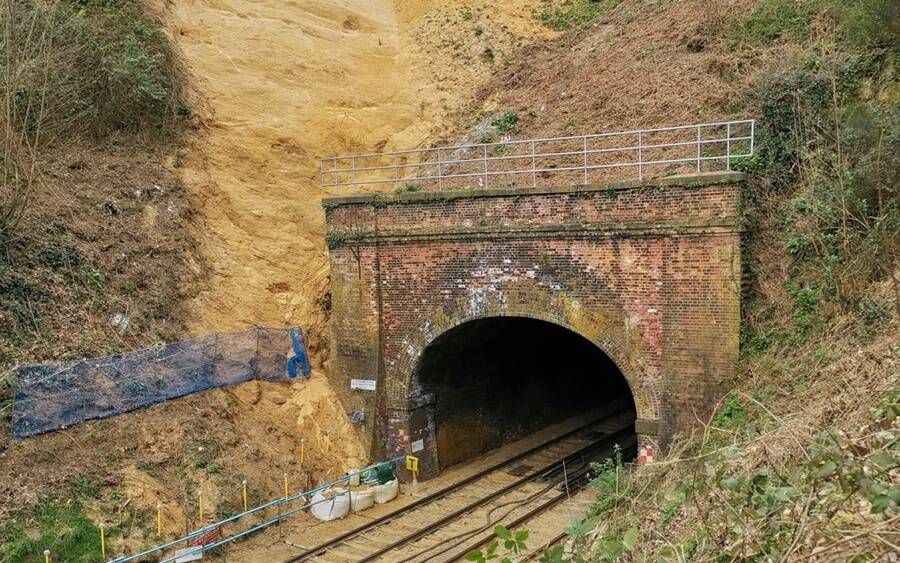 Network RailThe cave was found during constuction work following a landslide on a railway tunnel.

“The cave contained what appear to be shrines or decorative niches, together with carved initials and other markings,” a spokesman from Archaeology South East said of the surprise dig.

The cave is divided into several sections measuring between 11 and 27 inches high, but archaeologists suspect that the cave would have been much larger during its time of use.

Moreover, the cave’s roof is covered in markings and black dust, possibly soot from the lamps of worshippers who once visited the shrine. There were also the remains of two firepits inside.

The mysterious hill shrine was uncovered accidentally. Workers on a hill hosting a railroad tunnel for the line that connecting Guildford and Portsmouth were cleaning up after a landslide when they came upon the small cave.

Network Rail Wessex Route Director Mark Killick said, “This is an unexpected and fascinating discovery that helps to visualize and understand the rich history of the area.”

He added that “A full and detailed record of the cave has been made and every effort will be made to preserve elements where possible during the regrading of the delicate and vulnerable sandstone cutting.” 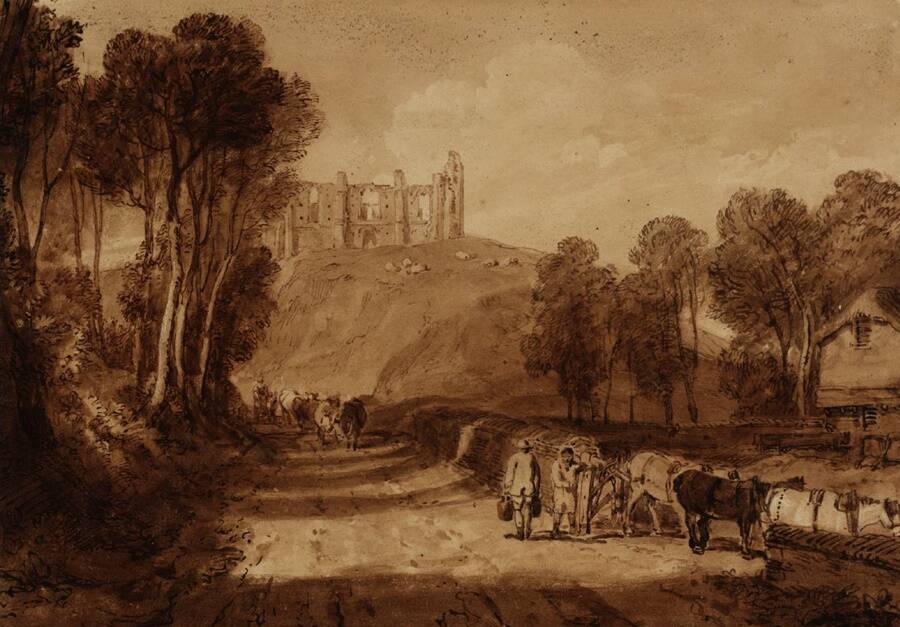 Creative CommonsSt Catherine’s Hill near Guildford circa 1808 as painted by Joseph Mallord William.

There is still no information as to what exactly the shrine might have been used for and by whom. But experts involved in the case said that the soot and charcoal remnants found inside the cave are currently being processed and analyzed for more information about the hidden hill shrine.

“The old name for St Catherine’s Hill is Drakehull ‘The Hill of the Dragon’,” the archaeology spokesman explained, “so this has obviously been a site of ritual significance long before the construction of the church on the top of the hill in the late 13th century.”

According to James Cook in his book English Medieval Shrines, shrines were largely connected to the cult of saints during Medieval times.

Several major shrines across England were reconstructed in the 14th century, incorporating the distinct embellishments synonymous with the decorated style of architecture.

There are a number of famous shrine relics that remain popular attractions today, such as the holy spring of St Winifred that was originally built sometime in the 12th century in Wales.

That site is said to be where St Beuno — a central figure known for popularizing Celtic monasticism in north Wales — restored his niece, St Winifred, to life after her head had been cut off by a rejected suitor.

Now that you’ve learned about the 14th century hidden shrine that was uncovered inside a hill, read about the discovery of Medieval bones in an English church that belonged to a 7th century saint. Then, learn about the tree older than Christianity that scientists found in a North Carolina swamp.