Ornate, Gruesome and Beautiful, This Is How The World Honors Holy Week

Each year, the world mourns and honors the death of Jesus Christ in an event called Holy Week. We offer a glimpse at how ceremonies differ around the world. 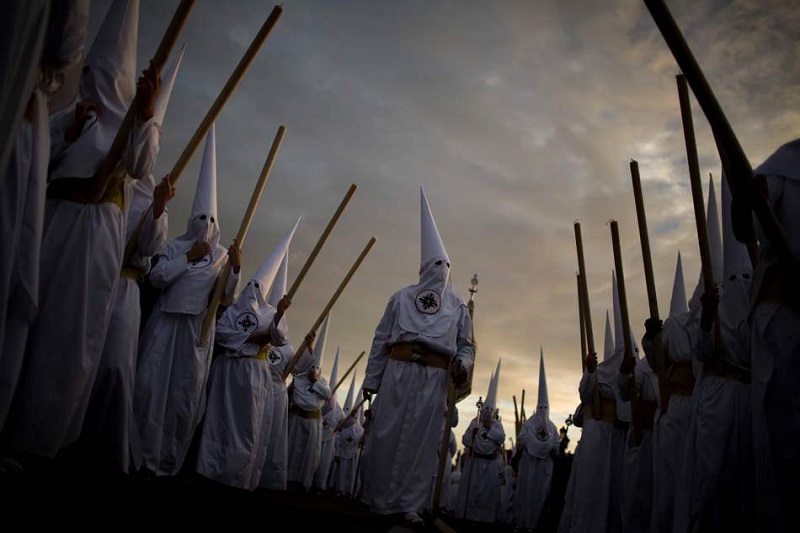 Members of the “San Gonzalo” brotherhood atone for their sins in Seville, Spain. Source: The Eye

As grocery stores are filled to the brim with Peeps, chocolate treats and bunny everything, there’s no escaping the arrival of Easter. Yet for millions of people all over the world, Easter is much more than candy, colorful eggs and friendly rabbits. April 13th marks the beginning of Holy Week 2014, an annual commemoration of the days that led up to the death of Jesus Christ. Holy Week, which encompasses Palm Sunday, Holy Saturday and Good Friday, is a period of both deep sadness and anticipation of Easter’s arrival, when Christians believe Jesus was resurrected.

Holy Week is observed by Christians around the world, though the look of these ceremonies and rituals varies greatly based on geographical region, cultures, religious sects and traditions. Even the names vary greatly, as other parts of the world refer to Holy Week as Semana Santa or Great Week.

Some regions (most notably Spain) perform penance processions, where penitents from ancient religious brotherhoods publicly repent for their sins. To prevent their identification, the penitents wear large hoods that look, to some, like the garb preferred by the reviled Ku Klux Klan (although the two sects have absolutely no relation). 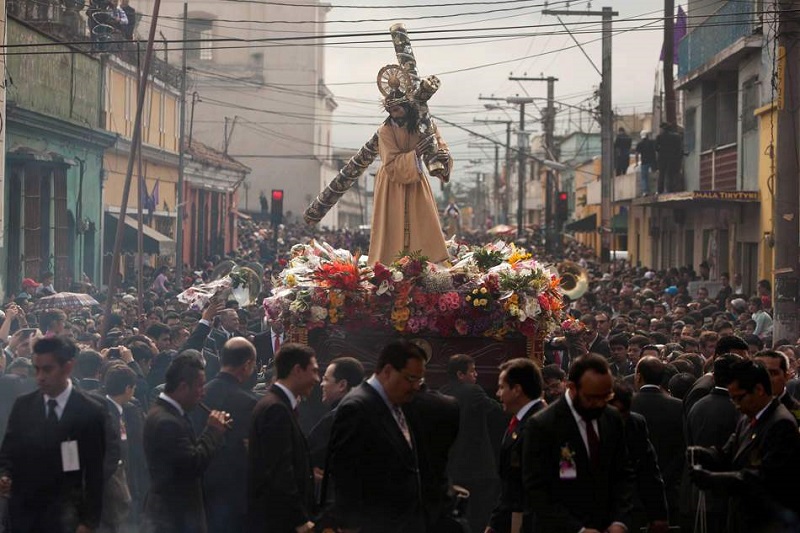 In Guatemala City, people parade the Jesús Nazareno de la Merced statue throughout the city square as part of the Holy Tuesday procession. Source: The Eye 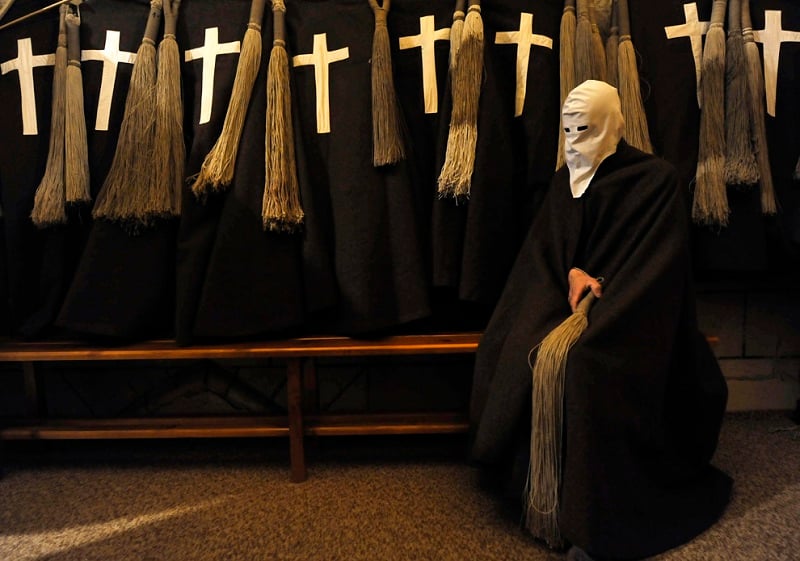 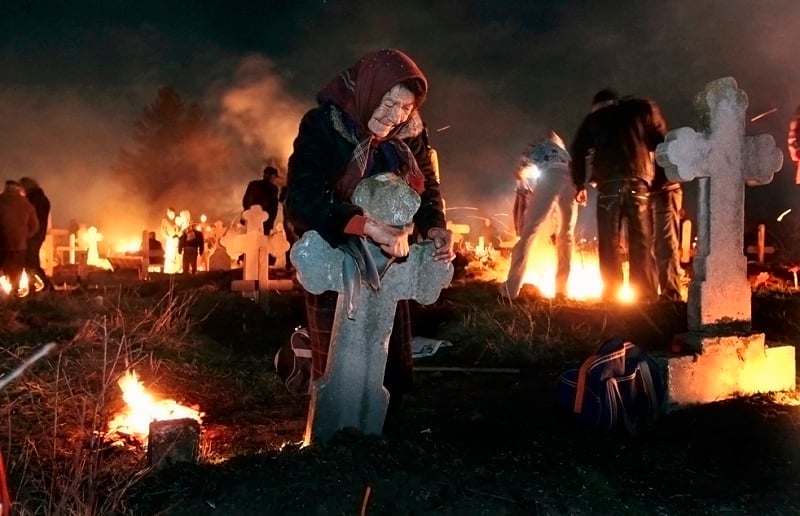 To mark Palm Sunday, Orthodox believers in Frumusani, Romania meet at midnight to mourn the loss of loved ones and set fire to the graves. Source: The Sacramento Bee 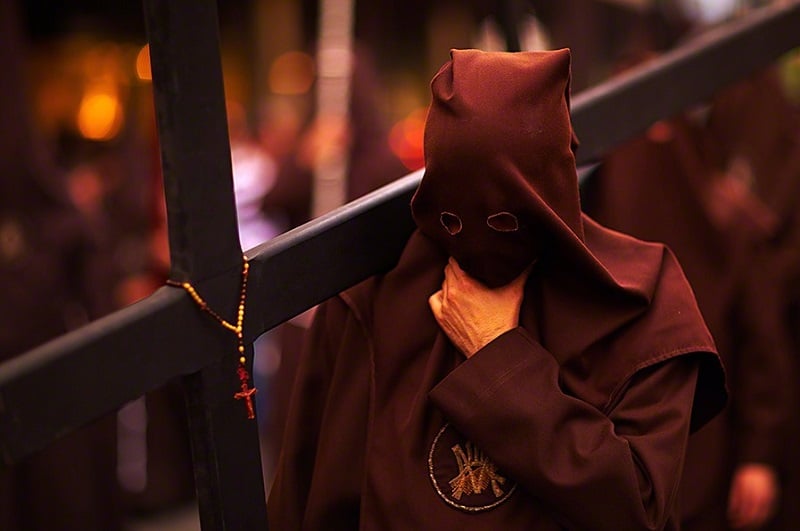 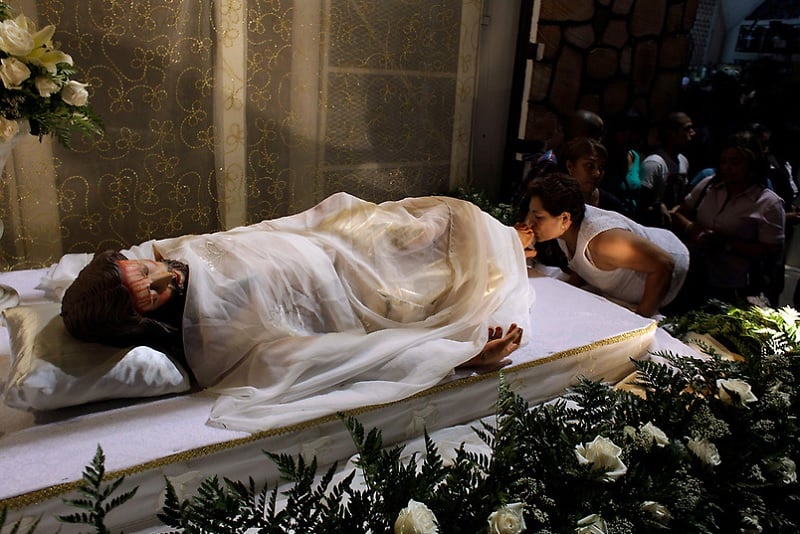 A woman kisses the feet of a representation of Jesus Christ in Panama City. 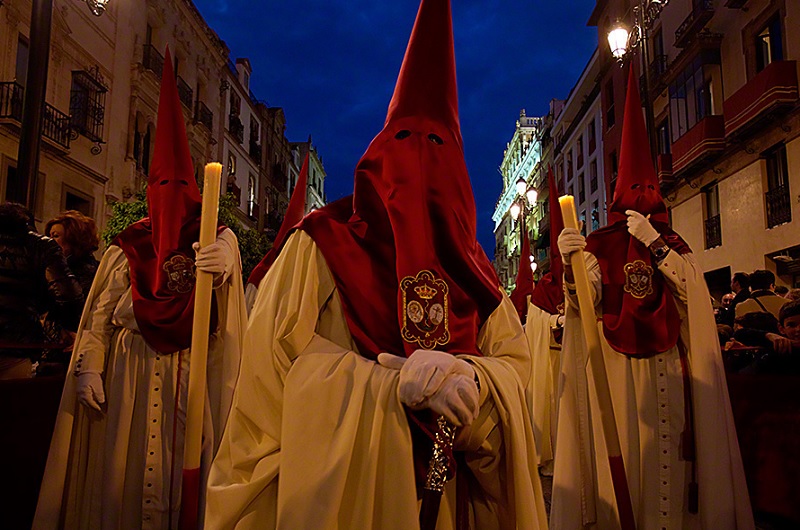 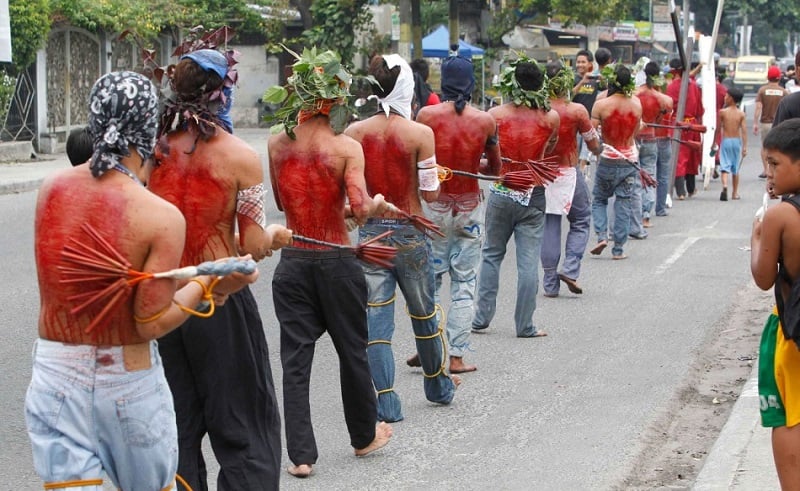 To atone for their sins, these Filipino men perform self-flagellation, a practice that’s denounced by most modern believers. Source: International Business Times 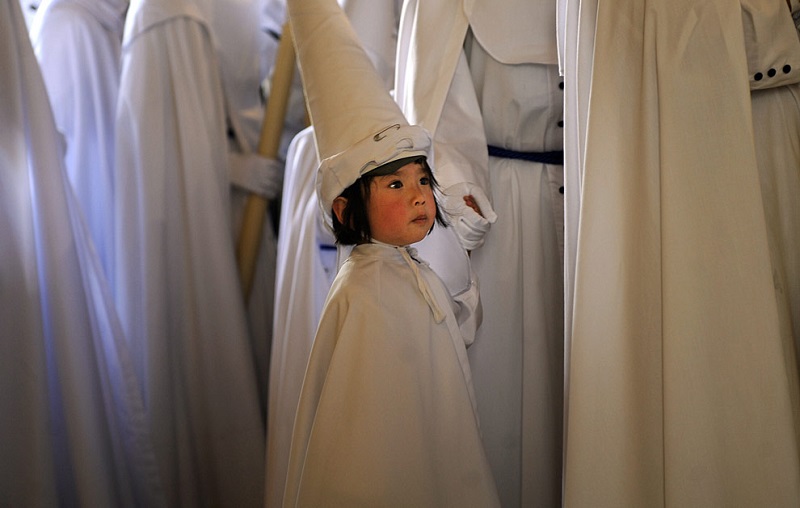 A child partakes in the penitential procession in Seville, Spain in 2009. Source: Boston.com 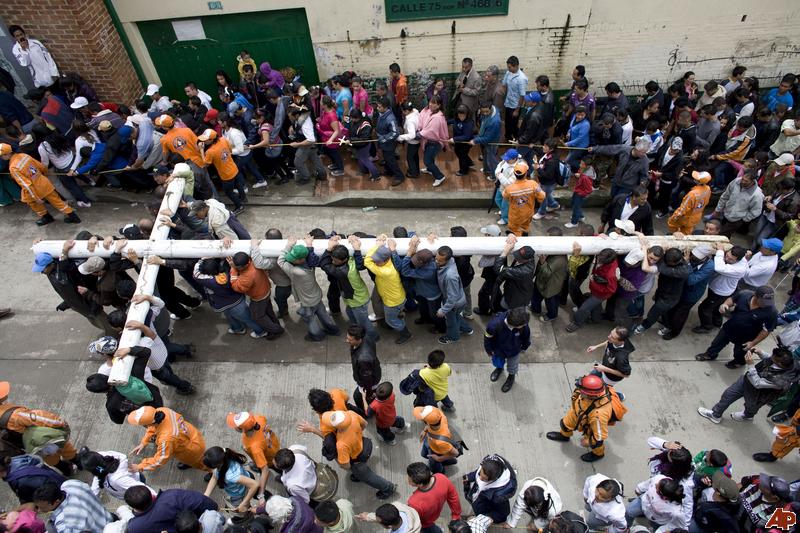 Crowds in Bogota, Colombia carry a gigantic cross during a Via Crucis, which is an artistic representation of Christ bearing His own cross. Source: Sulekha 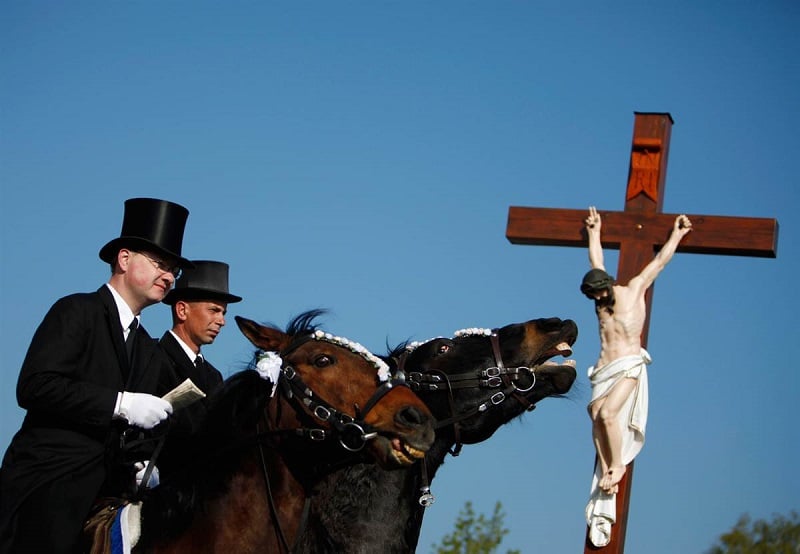 More than 1,000 horse riders from the German Slav minority Sorbs partake in a ceremonial parade near a village northeast of Dresden on Easter Sunday. Source: NBC News 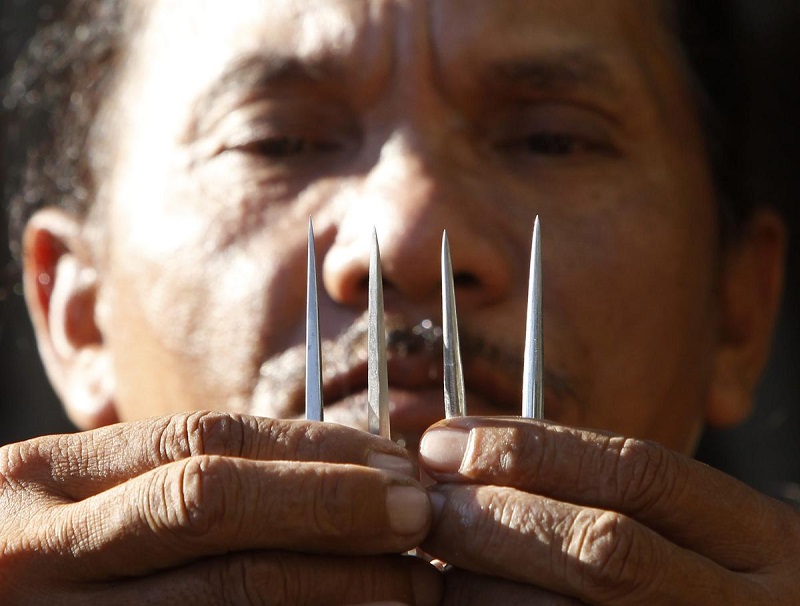 Filipino Catholics participate in a grisly reenactment of the crucifixion, driving actual nails through a penitent’s hands and feet in a ritual that’s controversial to say the least. Source: NY Daily News 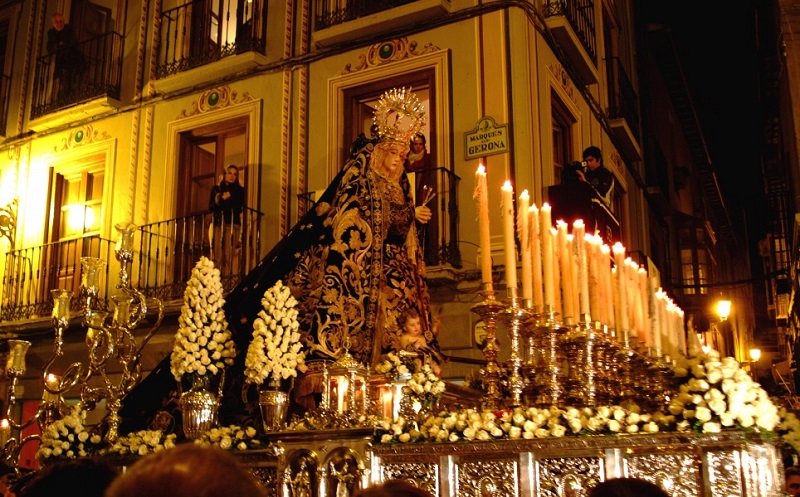 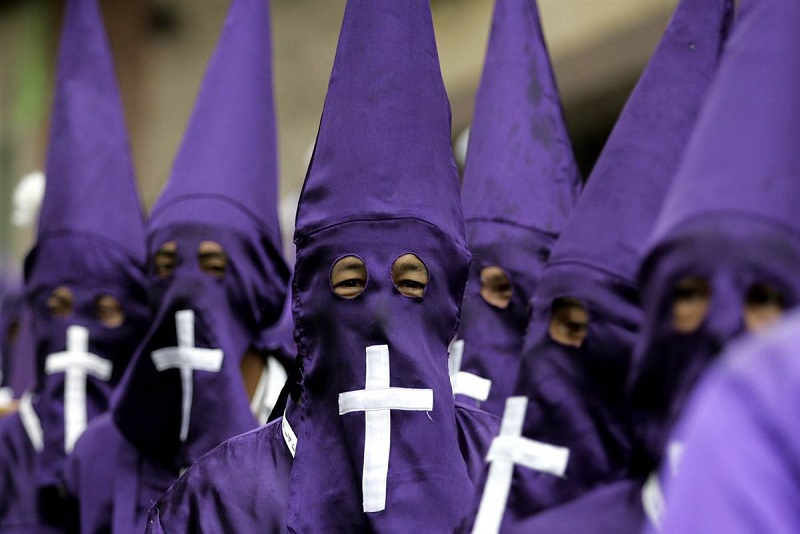 Penitents from the “Naxarenos” brotherhood walk in a procession in Zipaquira, Colombia. Source: NBC News 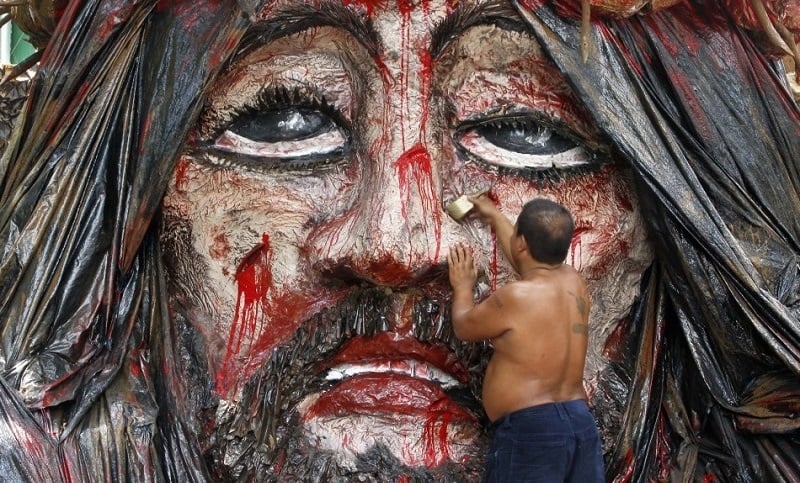 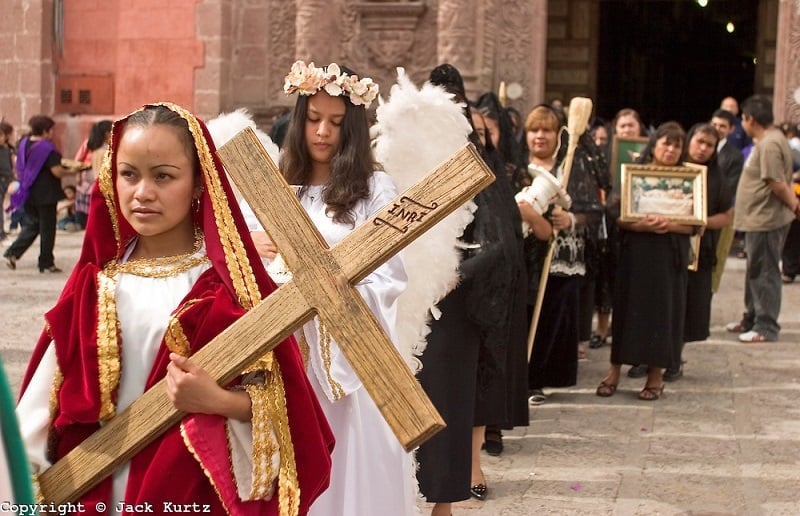 Women participate in the Stations of the Cross procession in Mexico on Holy Wednesday. Source: Jack Kurtz 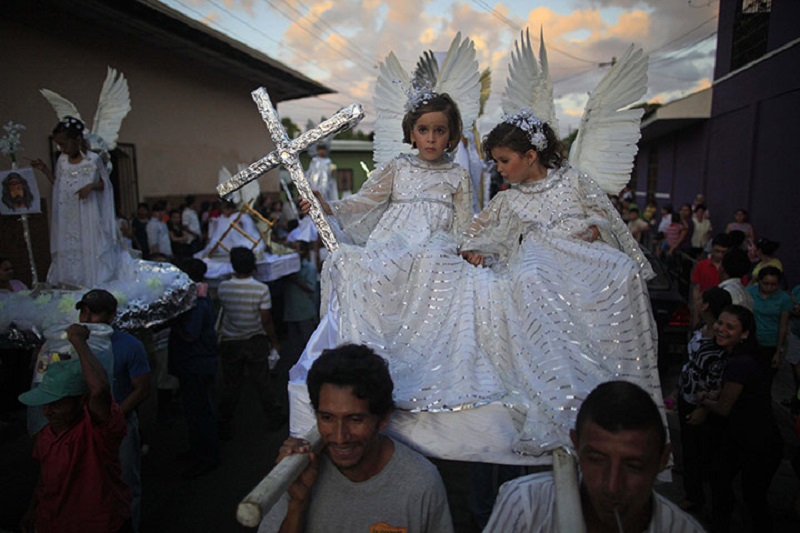 In this Great Week procession in Masaya, Nicaragua, young girls are dressed as angels. Source: The World Through My Eyes 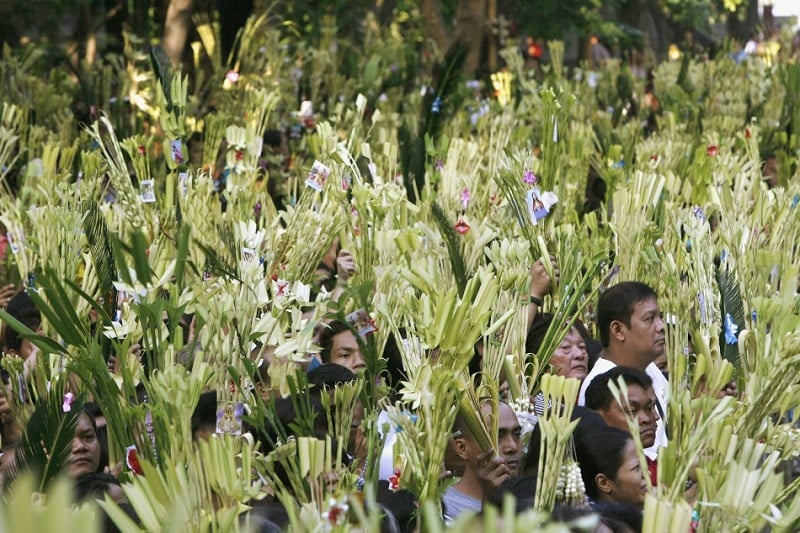 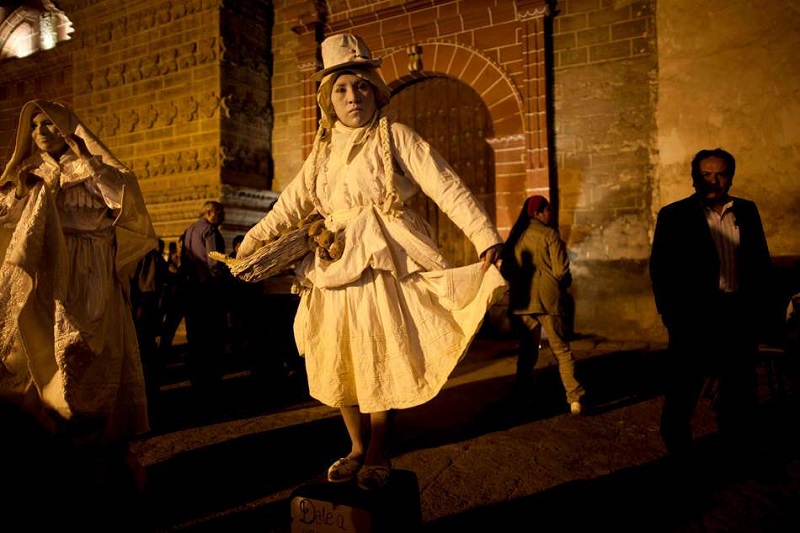 In Peru, living statues perform as part of the ceremonies and celebrations. Source: The Eye 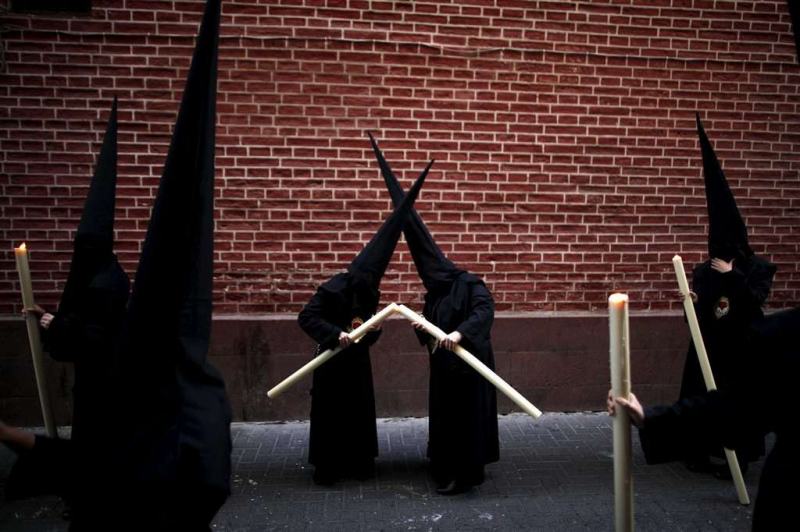