This week in tech: Apple stays white, Netflix disappoints millions, Silicon Valley is exacerbating income inequality, and the tech industry is starting to see the red. 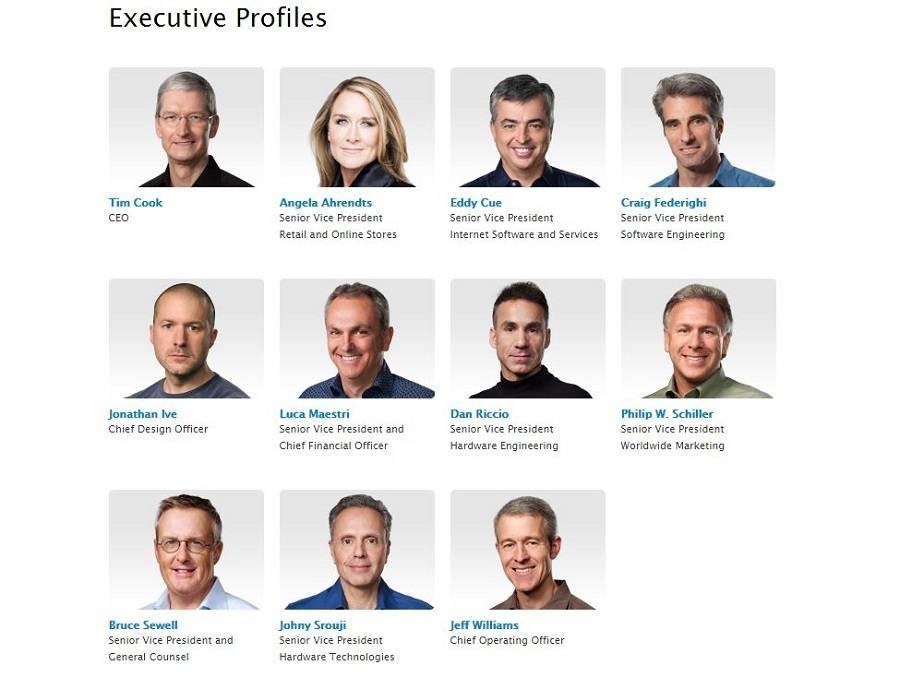 Fifteen of the 18 people that make up Apple’s executive team are white men. The same goes for five of the eight people that make up the company’s board of directors. Sadly, this is not at all unusual among America’s corporate giants today. However, what is more unusual is that Apple has now gone on the record as suggesting that they have no problem with this lack of diversity and will make no conscious efforts to change it.

A recent Apple shareholder proposal called for a new recruitment policy to increase the presence of women and minorities among Apple’s white male-dominated upper echelon. And the board of directors rejected it. Their response called the proposal “unduly burdensome” and “not necessary.”

Granted, when Apple released its last diversity report in August (which showed very minimal change in female and minority hiring from 2014 to 2015), CEO Tim Cook wrote, about diversity at Apple, “we know there is a lot more work to be done.” We’ll see if the backlash the company is receiving over this recent proposal’s rejecection inspires any such work. Read more at the Independent.

The Netflix Service Change That Will Cause Countless Subscribers To Bail 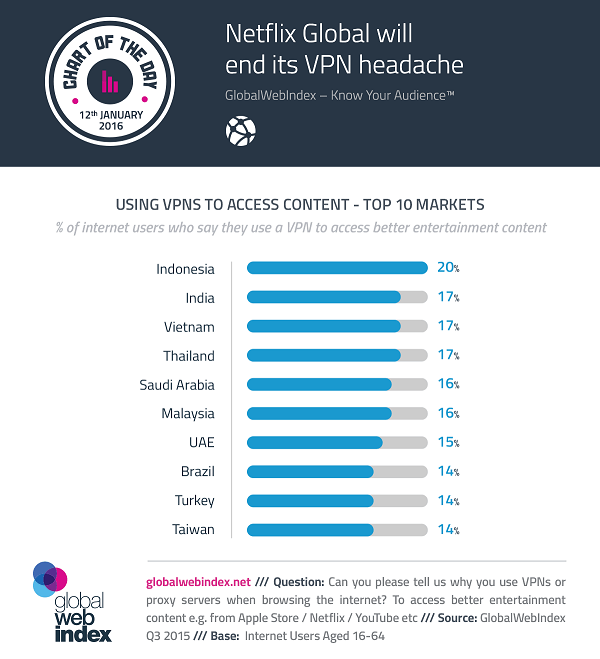 You don’t need to know the numbers to understand Netflix’s dominance in the world of online video streaming, because you experience that dominance firsthand by using the service consistently, perhaps daily. The same goes for 70 million people watching a combined 125 million hours of video per day in over 190 countries around the world.

But Netflix is about to lose a lot of those subscribers in a lot of those countries. In early January, Netflix pleased millions by expanding its services into 130 new countries, but now it’s angering just as many by announcing a crackdown on VPN access. Many American Netflix subscribers don’t realize that the video selection offered is not consistent from country to country and that the U.S., by far, has access to the greatest amount of titles. Foreign subscribers were able to get around this by using a virtual private network, which allowed them to mask their location and gain access to the U.S. version of Netflix.

Now, with Netflix seeking to end all that, countless users have quickly taken to social media to express their anger and threaten to terminate their subscriptions. Time will tell how many will leave and just how effective Netflix’s crackdown will be. See more at Wired.

So much for making the world a better place: according to the World Bank, the tech firms peppering Silicon Valley are exacerbating economic inequality, causing “many advanced economies [to] face increasingly polarized labor markets and rising inequality.”

And why? “In part because technology augments higher skills while replacing routine jobs,” the development organization added.

Likewise, the group adds that since the “economics of the internet favor natural monopolies, the absence of a competitive business environment can result in more concentrated markets” which benefit incumbent firms.

How to fix it? The World Bank says — perhaps not surprisingly — that increasing public access to the internet will help break up the concentration of market gains, and advocates for free internet to parts of Africa and India. Read more at The Guardian.