The 125-pound Mastiff earned the title this past weekend. 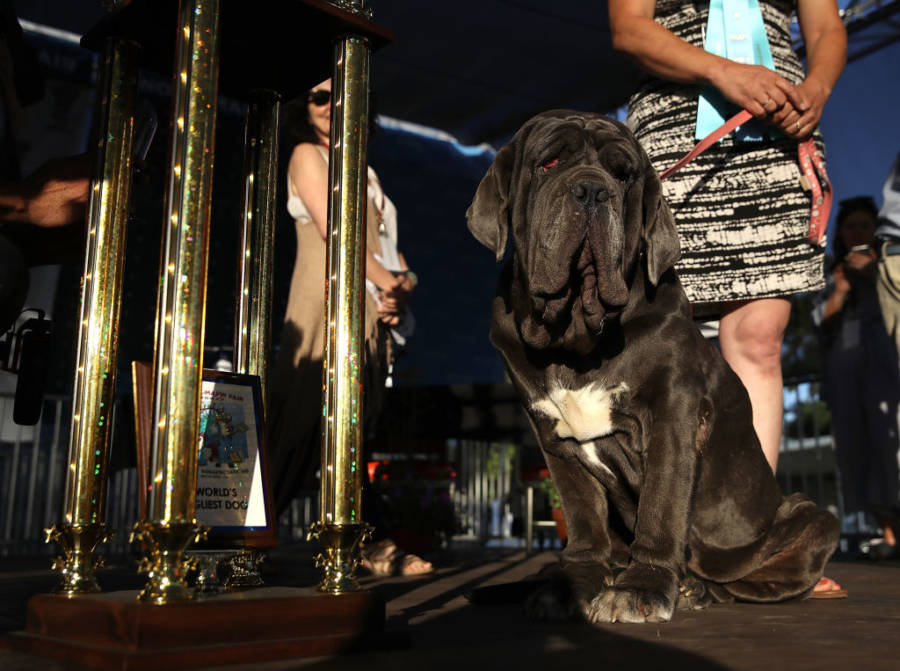 This year’s World’s Ugliest Dog Competition has just taken place, and the winner — a three-year-old Mastiff named Martha — is simply not that hideous.

With disturbingly bloodshot eyes and flappy, slobber-oozing, whisker-pocked cheeks drooping almost past her knobby knees, Martha is definitely no Boo (the Internet’s most adorable creature).

Still, when you see her floppy face spread across the floor, it’s hard to deny that this giant creature is kind of adorable.

And yet, she took home the gold at the 29th annual competition held on Friday at California’s Sonoma-Marin Fair — beating 13 other ugly canines for the $1,500, a media trip to New York and dog park bragging rights.

Her victory could be contributed to her lumbering personality or her couldn’t-care-less demeanor.

Martha clearly didn’t care about the award, “often plopping down on her side on stage with her droopy face spread across the ground when she was supposed to be showing off,” the Associated Press (AP) reports.

At 125 pounds, Martha, like many of the world’s most inspiring celebrities, overcame a traumatic youth before rising to fame. 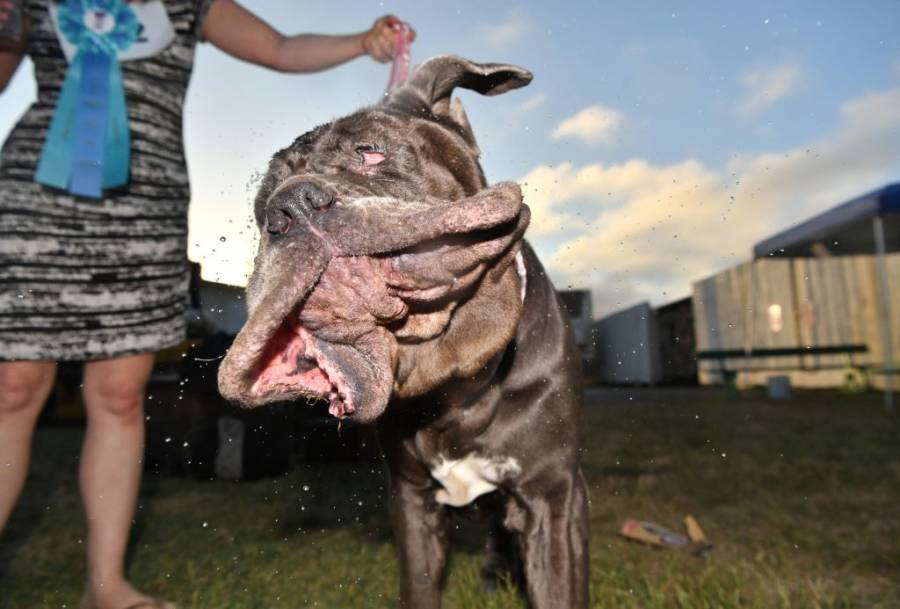 Josh Edelson/AFP/Getty ImagesTOPSHOT – Martha shakes water off her head after winning this year’s World’s Ugliest Dog Competition. The winner of the competition is awarded $1500, a trophy, and is flown to New York for media appearances.

The Sebastopol, California, native was “nearly blind from neglect” when she was rescued by the Dogwood Animal Rescue Project, the AP wrote. After several surgeries and a lot of love, she can now see again.

We get it: who doesn’t love an underdog story?

But where Martha falls into the “so ugly it’s cute” category, her competitors are just plain ugly: 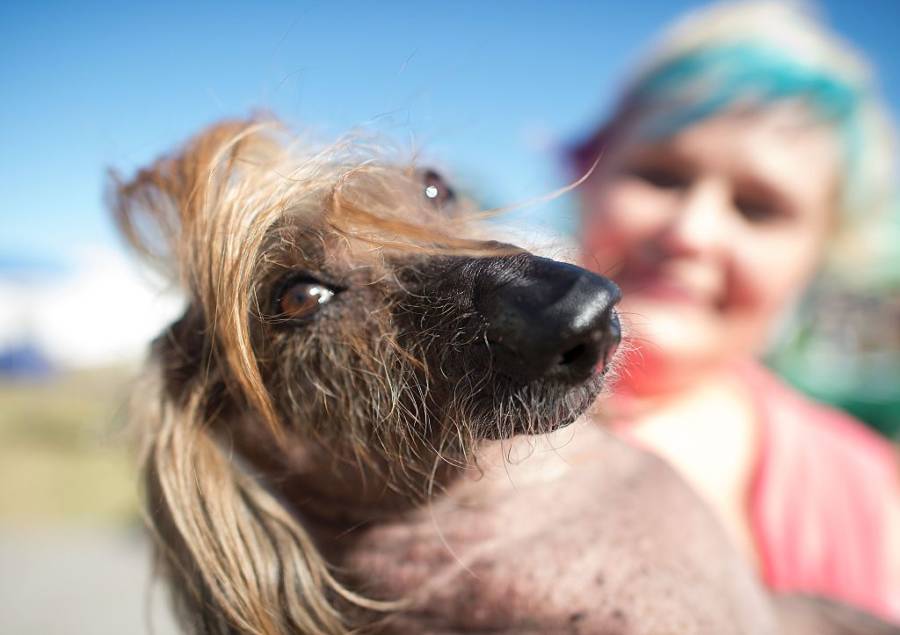 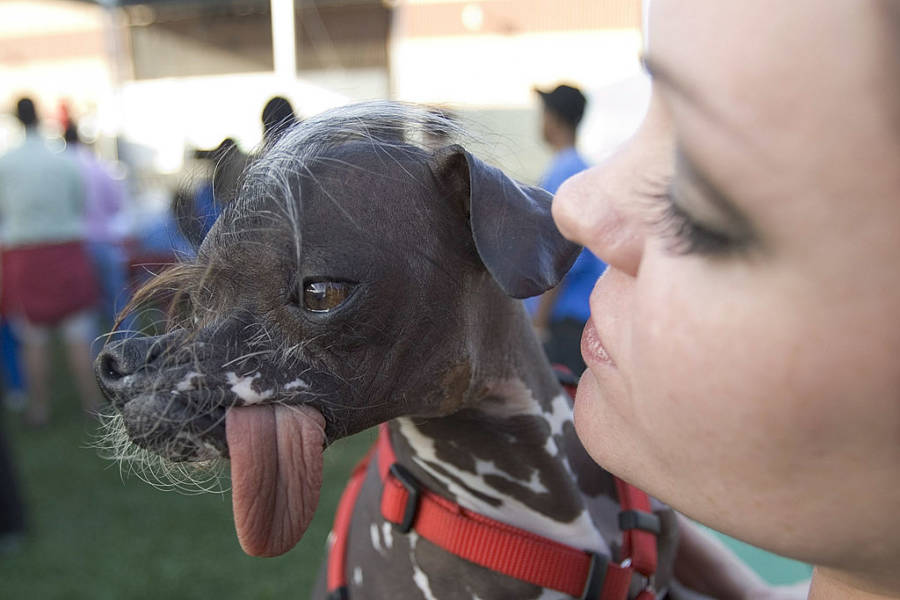 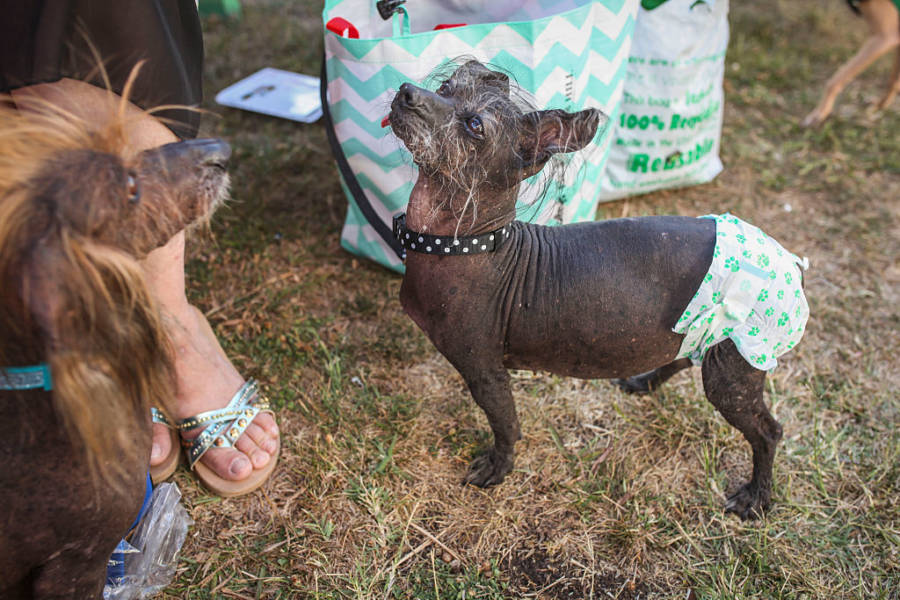 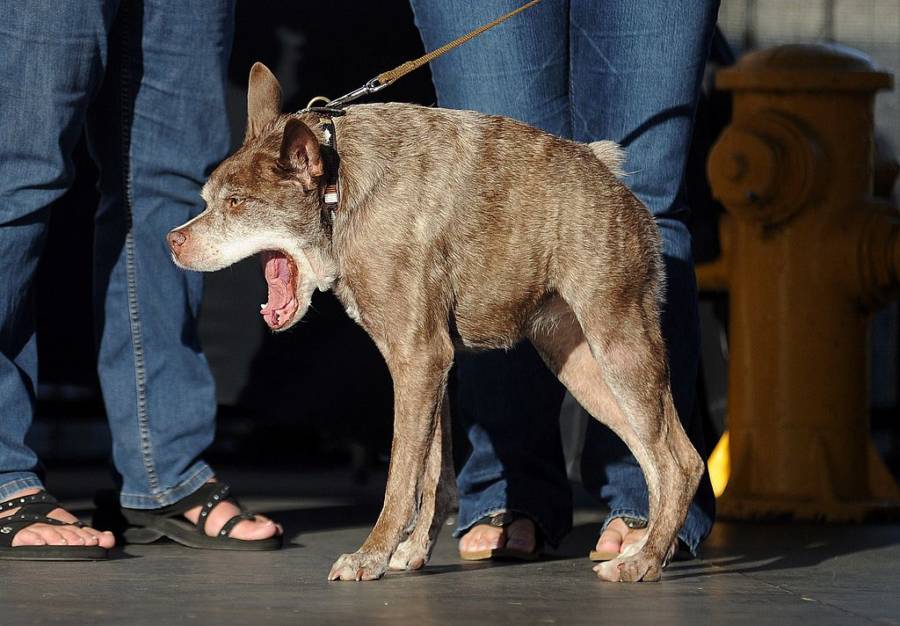 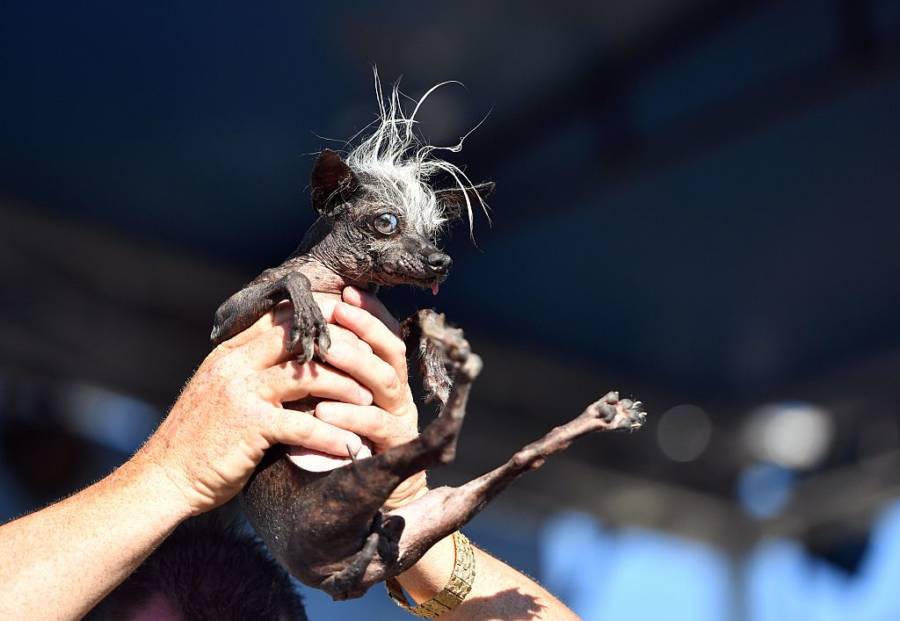 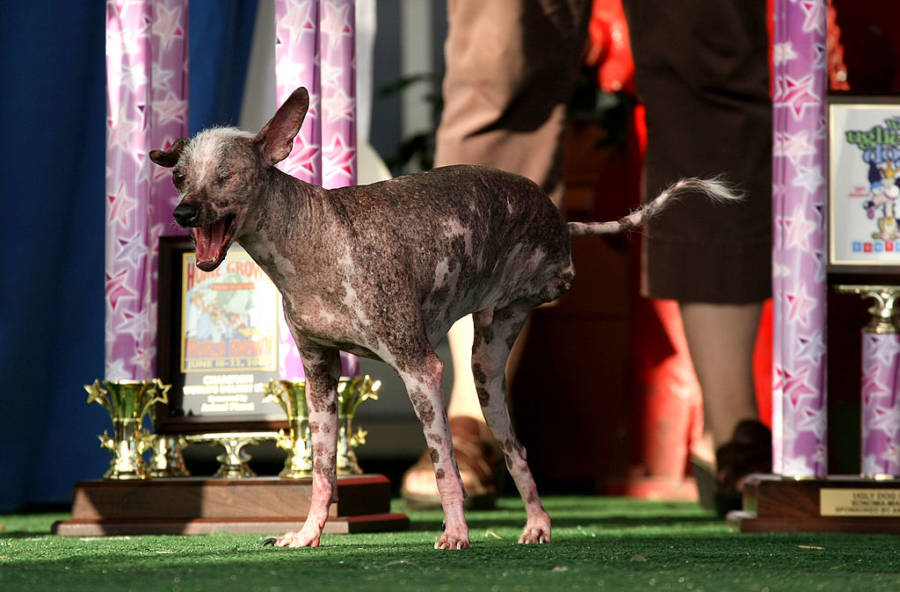 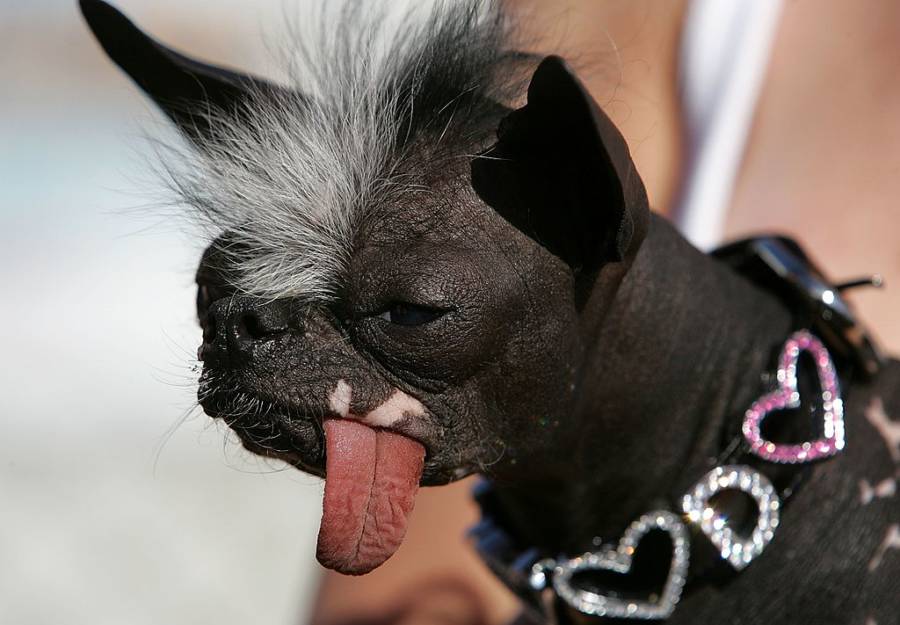 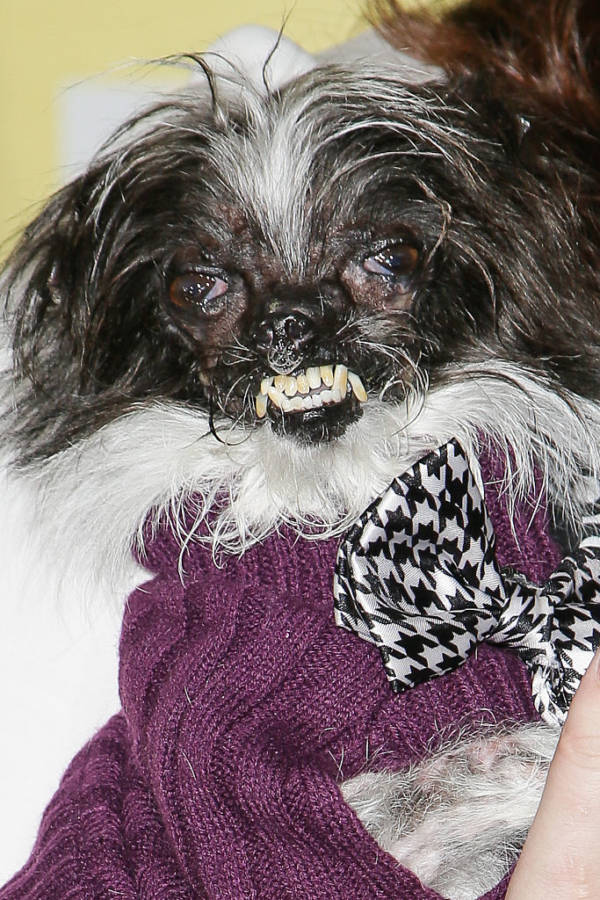 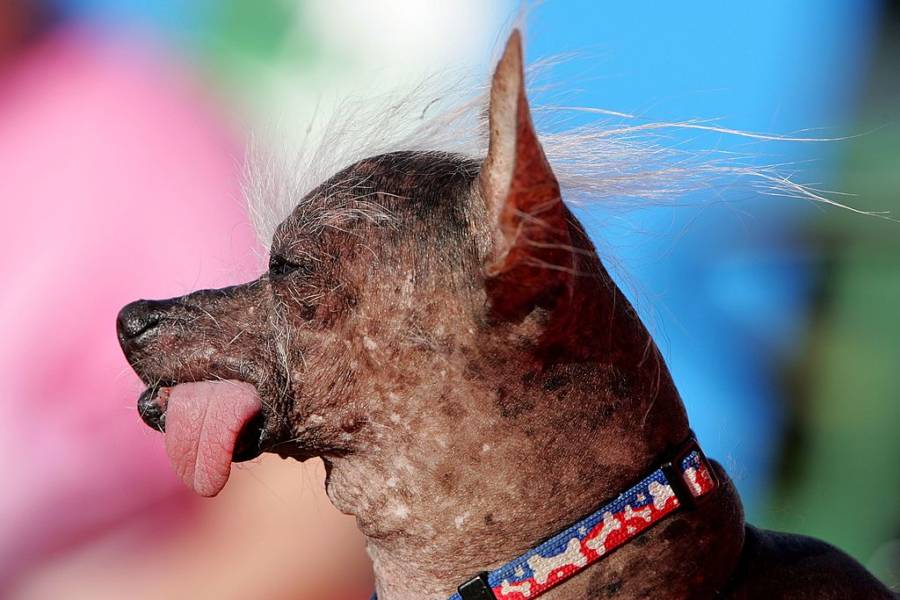 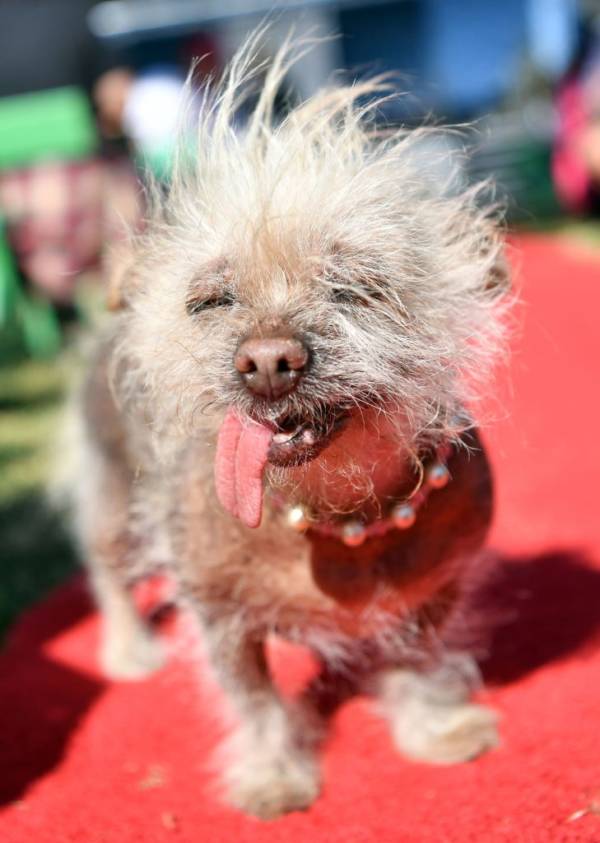 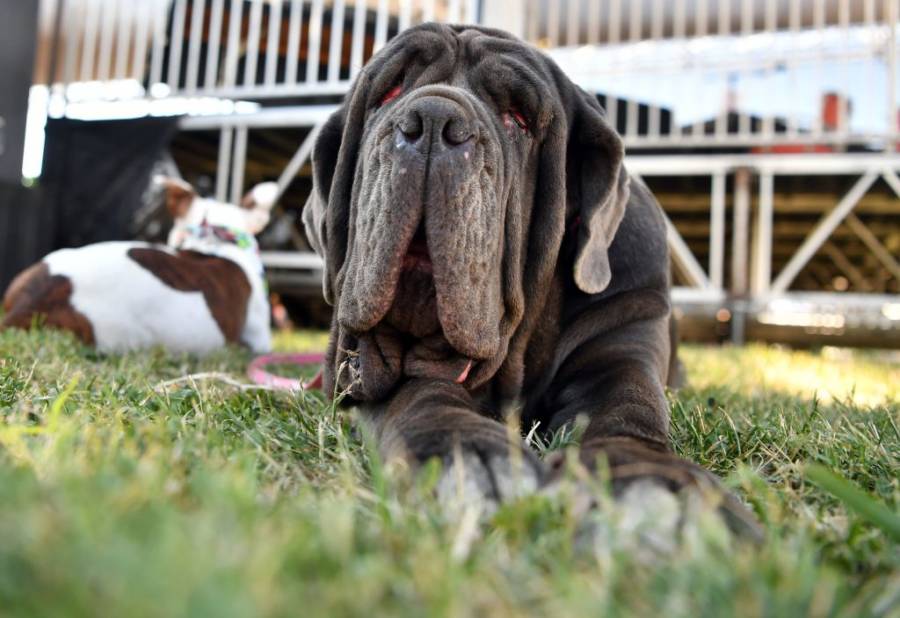 Next, read about the police dog who was fired for being too nice, and then given a fancy new job title. Then, learn about the bone-sniffing dogs currently looking for Amelia Earhart.