The daredevil has performed over 301 stunts before, gaining a large social media following.

A Chinese daredevil fell to his death last month while performing a stunt atop a 62-story skyscraper, catching his own fatal fall on camera.

Daredevil Wu Yongning, an internet star famous for capturing video of himself scaling tall structures or dangling over ledges at dizzying heights, died on Nov. 8, according to police, though his death wasn’t announced until a month later when fans began to question his absence from social media.

Yongning’s fall was caught on video, from a camera that was placed atop a separate building. In the video, Yongning can be seen doing pull-ups, though at one point he seems to be unable to get back up on top of the building. He struggles for a moment, before ultimately losing his grip and falling.

His body fell 45 feet before landing on a terrace below, where it was later found by a window washer. 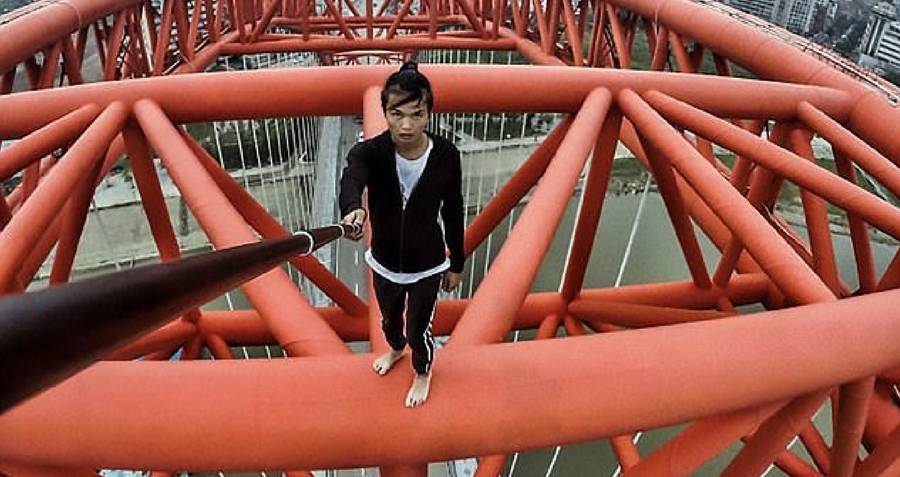 DailyMailYongning during one of his stunts.

Authorities believe he scaled 20 floors of the building before reaching the roof, as the building’s elevator only goes to the 40th floor.

Yongning’s family said he took up “rooftopping,” the name of the daredevil video craze of scaling high places, to make money. One of the challenges, believed to be the one that inspired his fateful one, promised 100,000 yen, equivalent to roughly $15,000, as a prize.

His step-uncle told the Beijing News that Yongning was planning on proposing to his girlfriend the day after the stunt, and was going to use the prize money as a dowry for her family.

Over the past year, Yongning has become famous on social media for his videos. In February, he posted his first video, of him doing pull-ups on a terrace overlooking a gorge, which sparked interest in his fanbase.

Since then, he has posted 301 videos on the social media video site Weibo, which show him scaling multiple buildings over 1000 feet high, and hanging off of extremely high ledges.

Next, read about the lion tamer who fell 100 feet to his death, and another man who caught his deadly fall on camera.