In a world obsessed with appearances, X-ray art disregards exteriors in favor of highlighting the internal beauty and structure of everyday objects. 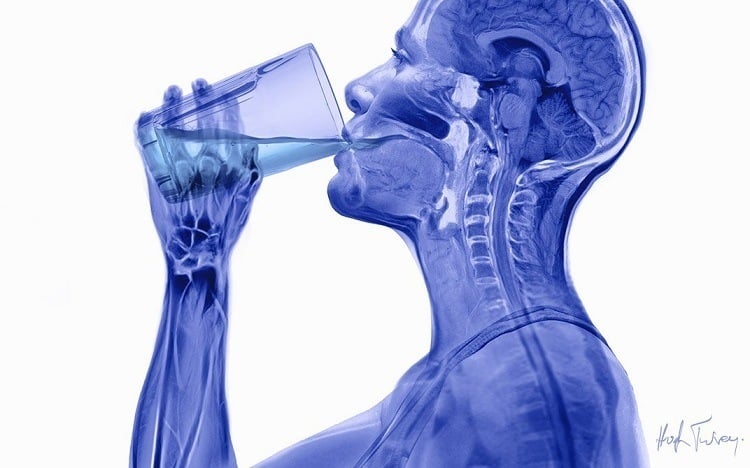 While many of us consider pretty paintings or sculptures to be the bookends of what the word “artistic” can mean, many artists defy convention and instead strive for innovation. X-ray art is one of those innovative forms. Blurring radiology and photography, even common items become interesting as the x-ray strips back their layers to reveal their often-ignored (and often elegant) internal structures. 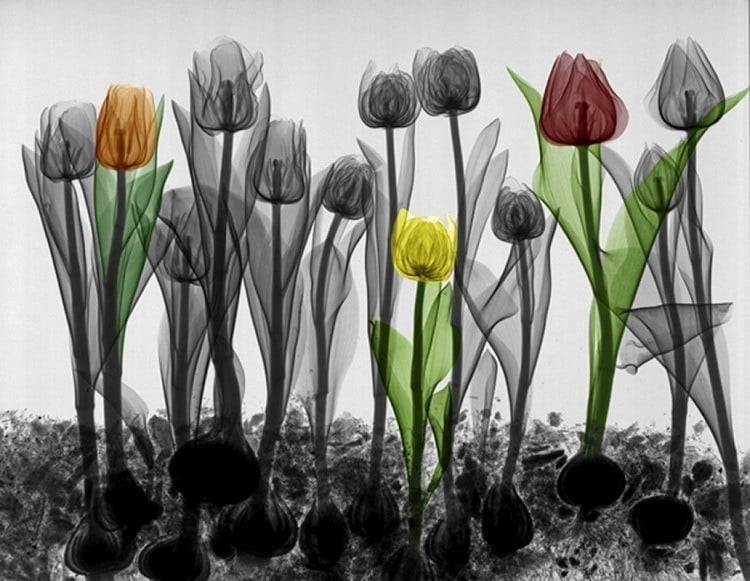 Flowers are always a popular portraiture subject, under the x-ray or not. Dutch artist/physicist Arie van’t Riet’s foray into floral x-ray was born from a functional purpose: he needed to teach technicians how to use the machine. Since then, his interest is grounded in an aesthetic desire to showcase the inner beauty of his subjects. Source: X-Rays 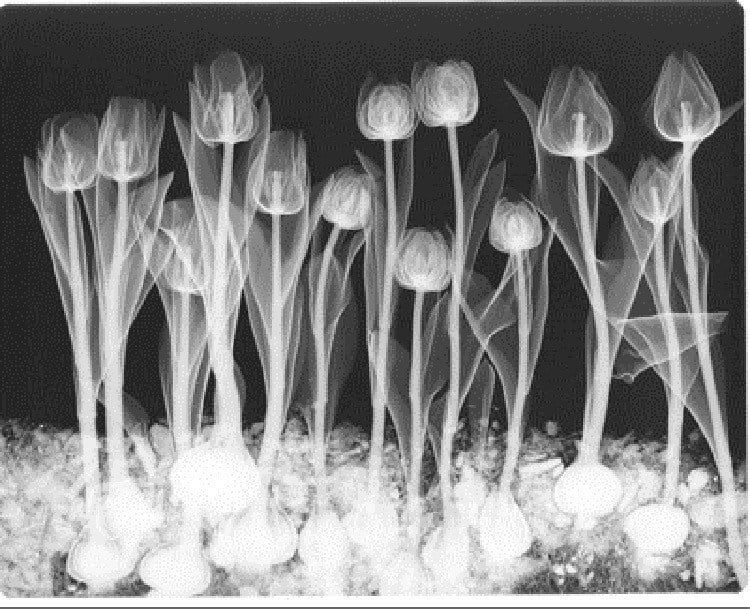 Van’t Riet partly colorizes his works to enhance their visual impact. Here is the negative of the preceding image. Source: X-Rays 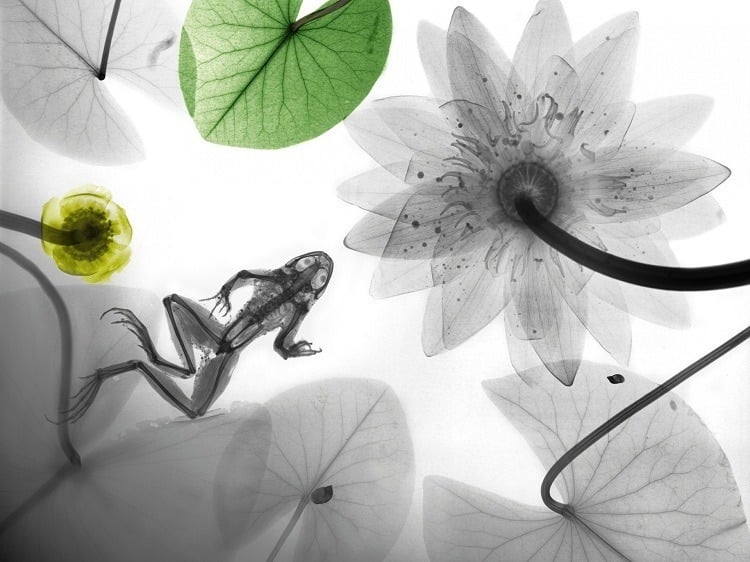 Like many other artists, Arie prefers to use everyday items as his subjects – in his case, a combination of flora and fauna. Source: The Guardian 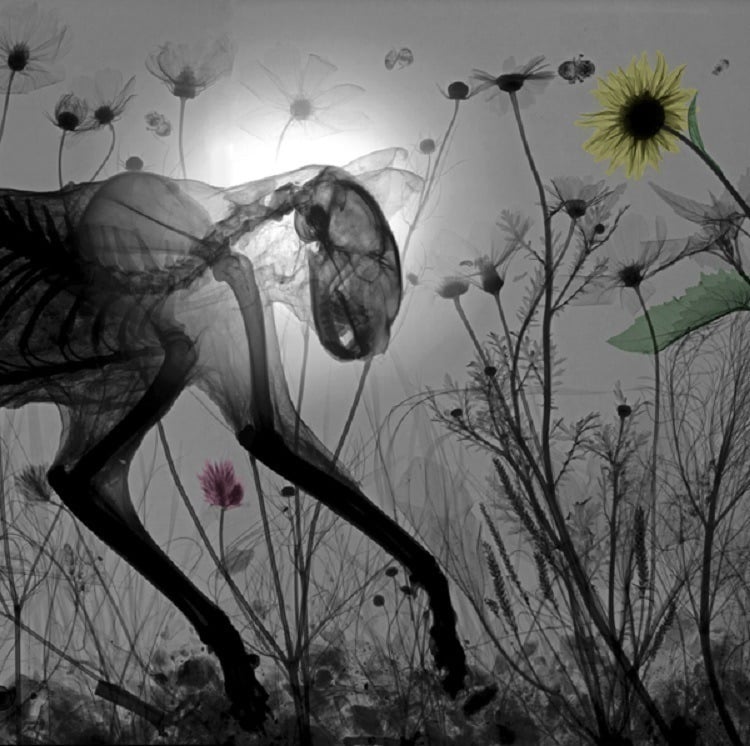 A cat digging up the garden. Source: X-Rays 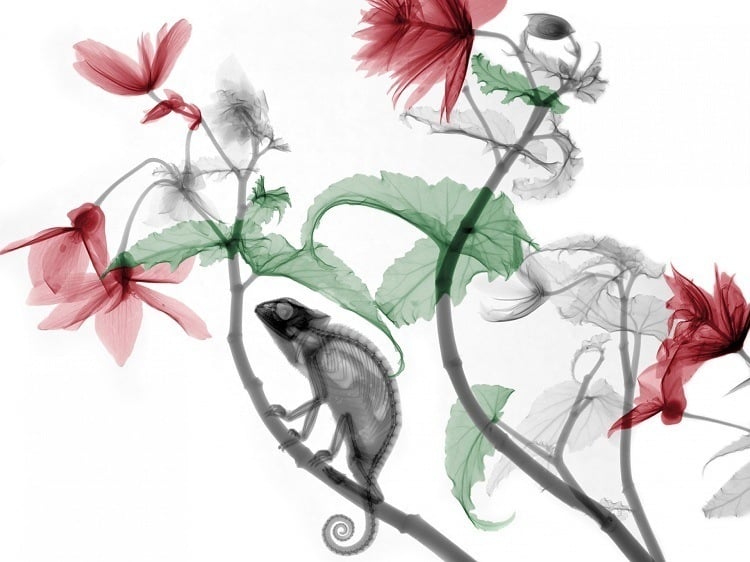 A chameleon climbing a begonia. Source: The Guardian 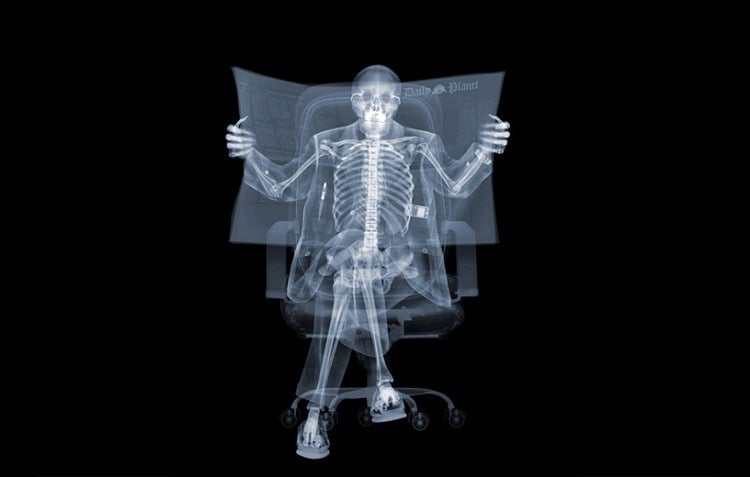 Nick Veasey is another artist who uses x-ray photography as his preferred medium. Veasey initially worked with conventional mediums such as still photography before receiving an opportunity to x-ray a Coke can for a TV show. Source: Nick Veasey 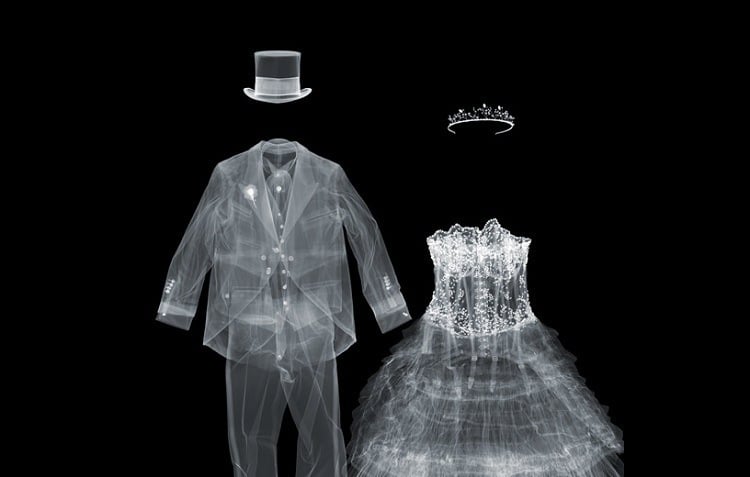 In a world seemingly obsessed with appearances, Nick Veasey wants to highlight the aesthetics lurking just beneath the surface. With several popular exhibits and numerous design and photographic awards under his belt, Veasey is arguably the most successful artist in this field. Source: Nick Veasey 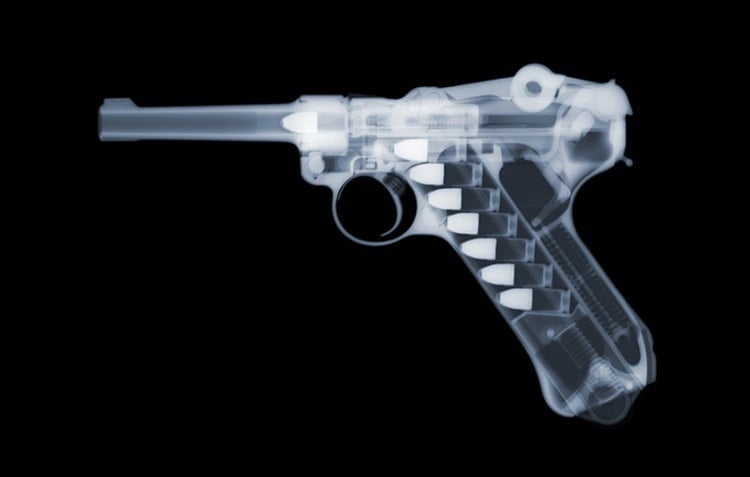 Part of his exhibit dubbed “The X-Man”. Source: Nick Veasey 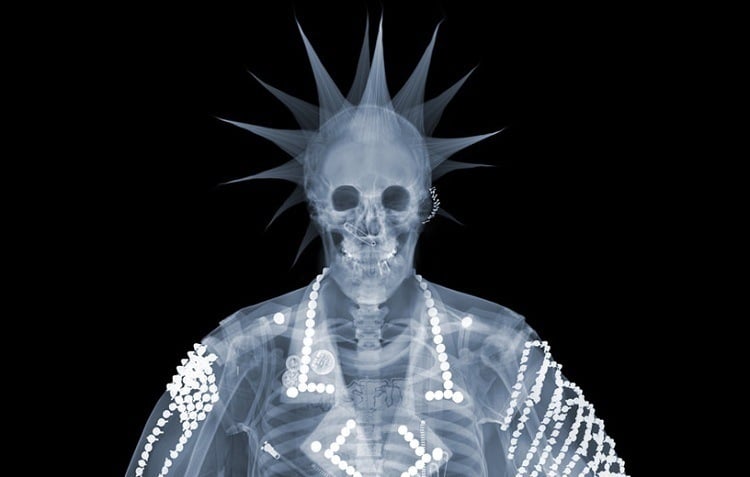 Nick has the unverified claim of the largest x-ray in the world - a Boeing 777. Source: Wikipedia 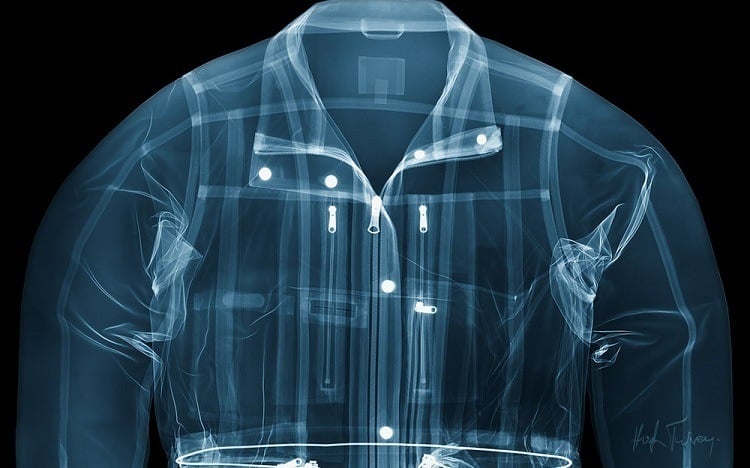 According to British artist Hugh Turvey, one advantage of x-ray images is the chance to see the world with fresh perspective. Turvey also started out as a conventional photographer, but a commission to create an x-ray image for a rock album cover inspired his transition to the world of x-ray art. Source: Socialphy 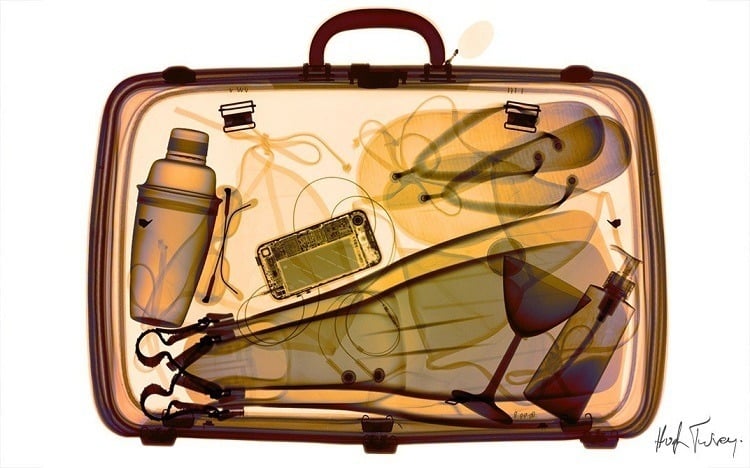 Turvey likes to call his images “xograms”, a mash-up between x-rays and photograms. He colors most of his images because it adds an extra layer of depth and also allows the artist to control where the viewer looks. Source: Smithsonian Magazine 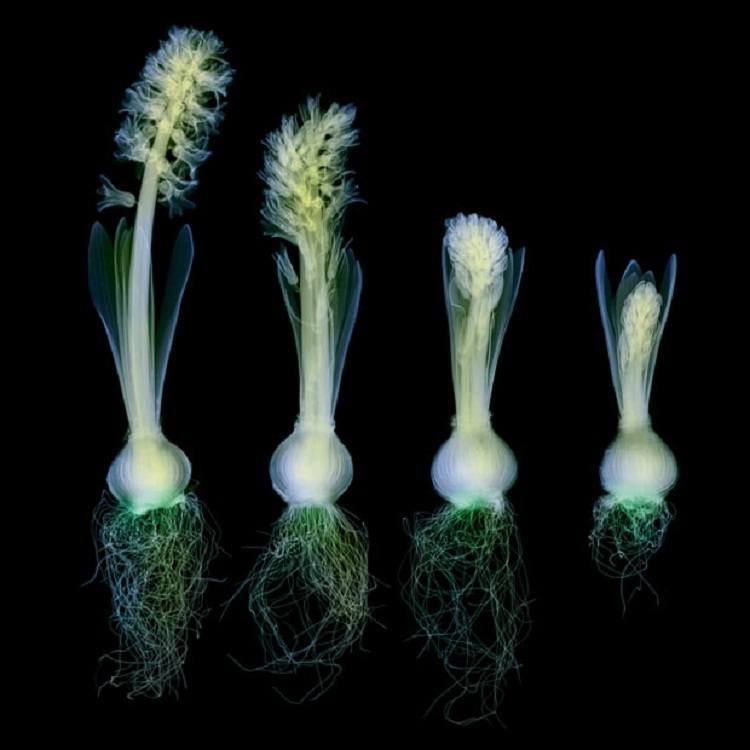 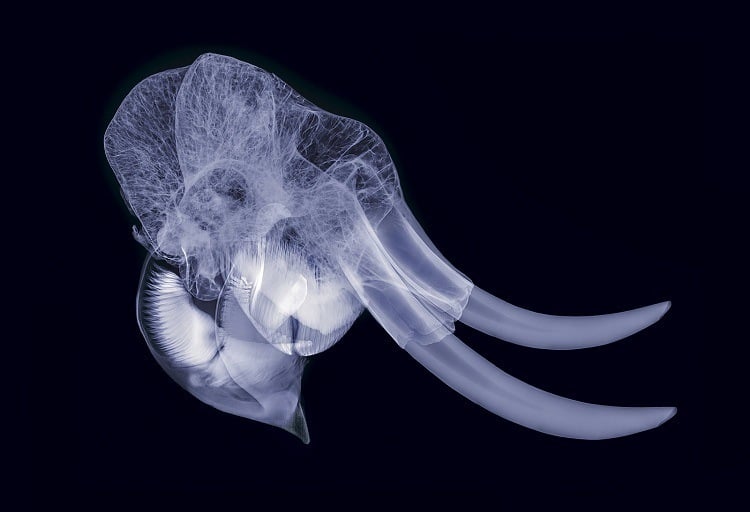 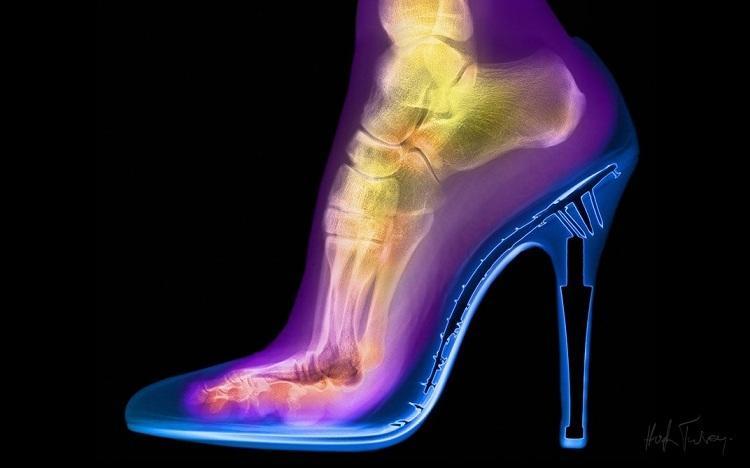 He compares the results of his process to that of a child seeing something for the first time. In fact, one of the artist’s most popular works is an image of his wife’s foot in a stiletto heel. Said Turvey in an interview, “I think we all understand that your foot is going through quite a lot when it is in a stiletto, but to actually physically see it and to see the angle of the bones. Not only do you have this distorted foot, but you have these small nails that were in the actual construction of the shoe. It just looked like a torture device.” Source: Smithsonian Magazine

For more, check out these videos exploring x-ray art and what the human body looks like when doing yoga under an x-ray: