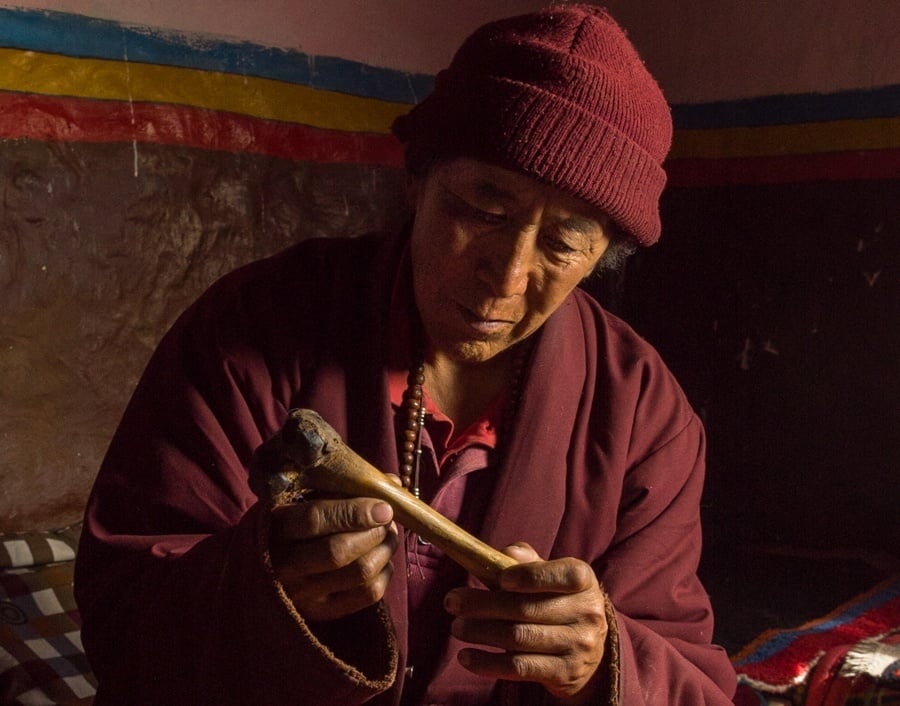 Just this week, a groundbreaking study published in the Proceedings of the National Academy of Sciences found that Earth is home to well over 1 trillion species, 99.999 percent of which have yet to be discovered.

While this new study focuses on microorganisms, it’s also reminded everyone that of those trillion-plus species, Earth contains about 8.7 million complex lifeforms of the group that includes plants and animals — and that 86 percent of that group has yet to be identified by science.

Refining the lens even further, we must remember the epochal 2004 Nature report, which found evidence that primitive, hobbit-like people (Homo floresiensis) distinct from Homo sapiens lived on Indonesia’s Flores Island as recently as 12,000 years ago, a blink of an eye as far as the planet is concerned.

Upon publishing the report, Nature editor Henry Gee wrote, “The discovery that Homo floresiensis survived until so very recently, in geological terms, makes it more likely that stories of other mythical, human-like creatures such as yetis are founded on grains of truth.”

Indeed, no other human-like creature has captivated the human imagination quite like the Yeti. And while no definitive proof of its existence has emerged, the fact that there are so many species yet to be uncovered gives Yeti believers plenty of hope.

In the meantime, they’ve got this Yeti evidence to contemplate, and more coming on Animal Planet’s Yeti or Not, premiering Sunday, May 29, from 9-11PM ET/PT. 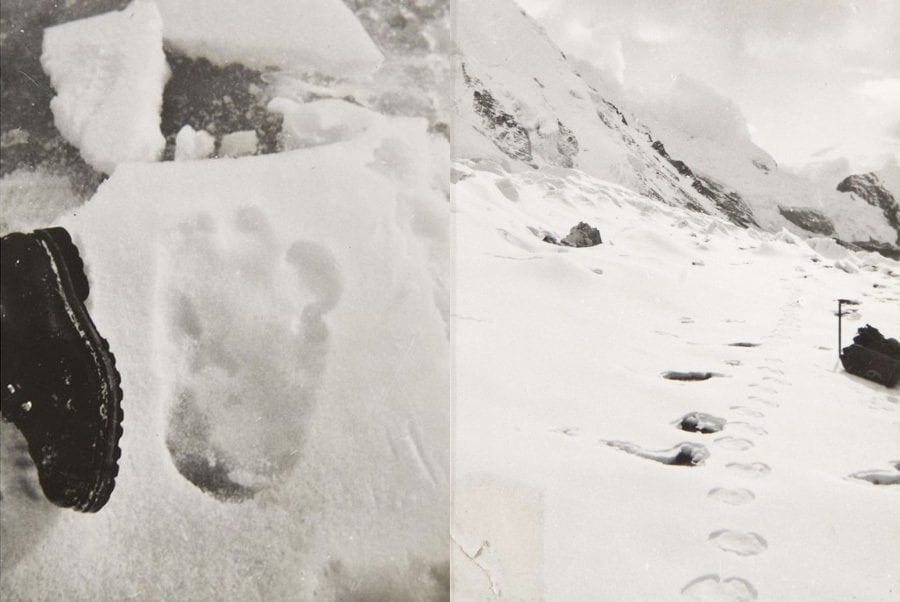 Eric Shipton/Christie’s Alleged Yeti footprints photographed by Eric Shipton in the Menlung Basin, Nepal, 1951. These photographs sold at auction in 2014 for almost $12,000.

Although Yeti research has been marked by several high-profile claims and reports over the past few years, the golden age of Yeti research most likely remains the 1950s. And that golden age likely began with the Shipton footprints.

As interest in summiting Everest peaked in the years following World War II, the British led a reconnaissance expedition up the mountain in order to scout out plans for a future ascent to the very top.

That 1951 trek was led by British mountaineer Eric Shipton. As Shipton and his partners reached Menlung Basin, about 16,000-17,000 feet above sea level, they came across a long series of footprints.

At 12-13 inches long yet twice the width of an adult man’s foot (and with unusual toes), a depth suggestive of weight greater than a man’s, and claw marks nearby, these footprints almost certainly weren’t human.

Fortunately, Shipton photographed the prints. Two days later, the prints were wiped away by sun and wind — and with them the world’s first great piece of Yeti evidence. 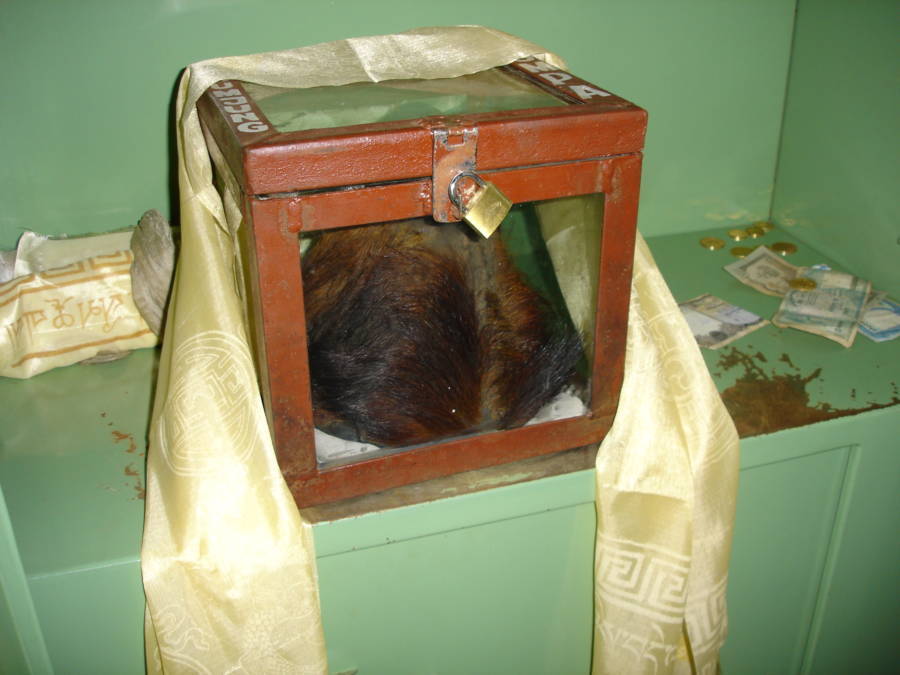 But while Hillary’s mountaineering is known the world over, few realize that he was also, for a time, one of the world’s foremost Yeti hunters.

In the course of Hillary’s historic ascent, he claims to have spotted mysterious footprints in the snow on the Barun Khola mountain range, which Norgay believed came from a Yeti. However, unlike Shipton, Hillary didn’t photograph them, leaving that alleged Yeti evidence (along with the Yeti hair he’d supposedly found in the Himalayas the year before) lost to history.

In 1960, Hillary launched a full-fledged Yeti hunting expedition into the mountains of Nepal. While there, Hillary and his team visited a monastery in the village of Khumjung. There they acquired a purported Yeti scalp that had been in the village’s possession for over 200 years.

Upon Hillary’s return to London, the world was abuzz at this incredible piece of Yeti evidence — only to be let down after scientists quickly found that the “scalp” was actually the hide of a serow goat.

The “scalp” has since returned to the monastery, where it remains to this day.