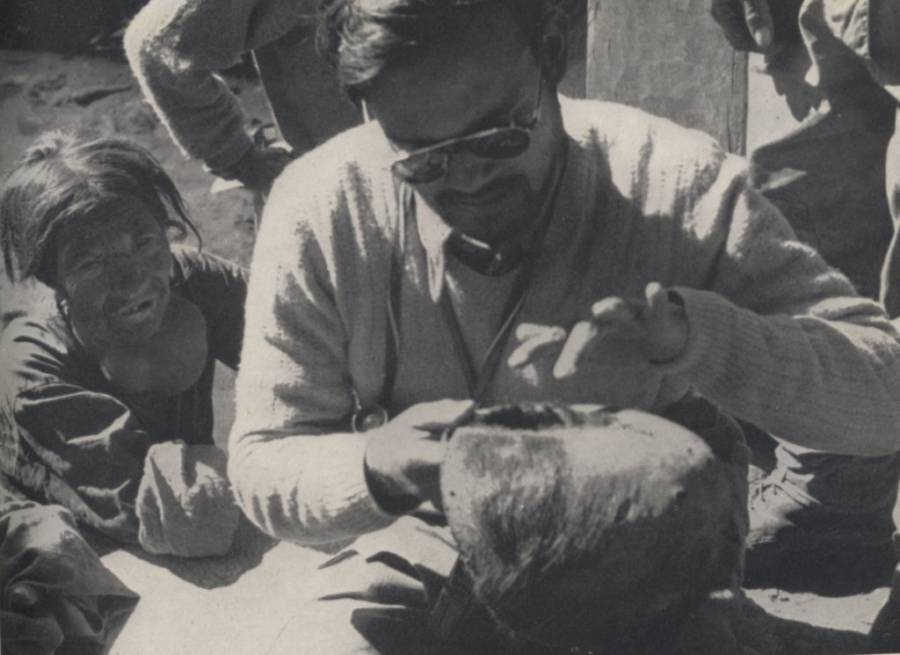 In 1954 — one year after Hillary reached Everest’s summit, and near the height of Yeti mania — Britain’s Daily Mail financed a major expedition to Nepal in search of Yeti evidence. While the team claimed to have found a number of compellingly unidentifiable footprints, their most dramatic find was the Pangboche scalp.

Much like the Khumjung scalp, this one was found at a monastery in the village of Pangboche. Its hairs, ranging from black to brown to red, were analyzed using microscopes and microphotography, then cross-referenced with samples from known animal specimens including bears.

After completing this analysis, British scientist Frederic Wood Jones was unable to identify the hairs’ origins — leaving believers with plenty of room for hope. 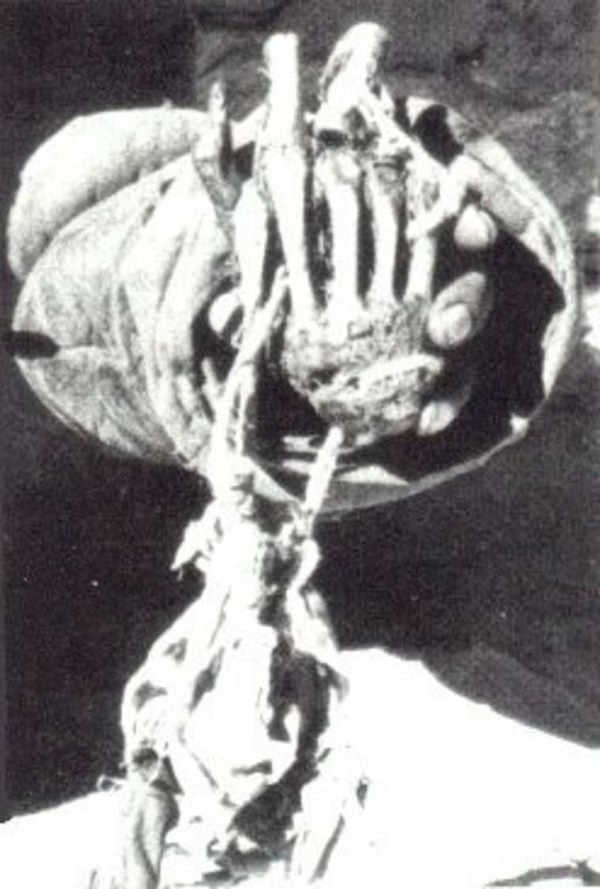 Peter Byrne/Wikimedia Commons The Pangboche hand, once believed to be that of a Yeti, as photographed by Peter Byrne, one of the explorers who found it, in 1958.

Even for a Yeti story, the true tale of the Pangboche hand is almost too fantastical to believe.

Having heard rumors of a Yeti hand housed in the same town that held the Pangboche scalp, American oil man and Yeti hunter Tom Slick asked explorer Peter Byrne to go to Nepal and retrieve it.

When the temple custodians told Byrne he couldn’t have the hand, he returned and gave his employers the bad news. Instead of calling it quits, Slick and partner Osmond Hill hatched a new plan: Send Byrne back to Nepal to steal a finger from the Pangboche hand and replace it with a human finger.

Over lunch with Byrne at a London restaurant, Hill took out a brown paper bag and tilted it over the table. A human hand spilled out. “It was several months old and dried,” Byrne told the BBC decades later. “I never asked him where he got it from.”

Then, back in Nepal with the human hand in tow, Byrne offered to make a donation to the temple (only about $160 in today’s dollars) in exchange for one finger from the Pangboche hand. He also offered a replacement human finger. The custodians accepted.

And even after all that, this is where the story fit for the movies actually brings in a movie star.

Slick asked his friend, actor James Stewart (star of It’s A Wonderful Life, Vertigo and at least a dozen other classics), to help Byrne smuggle the finger back to London, believing a celebrity could slip through customs more easily.

Stewart and his wife, Gloria, were in India at the time, and once Byrne got over the border from Nepal into India, he met Stewart in Calcutta. There, they stowed the finger in Gloria’s lingerie case and the Stewarts made it out of India no problem.

Except that when the couple arrived in London, the lingerie case was missing. A few days went by before a customs officer returned the case with the finger still inside. Of course, the customs official likely knew nothing of the finger, assuring Gloria that no British customs official would look through a lady’s lingerie.

And in an ending that’s either a total letdown or pure poetry (probably depending on whether or not you’re a Yeti believer), the “Yeti” finger for which they traded a human finger was found, in 2011, to be human itself. 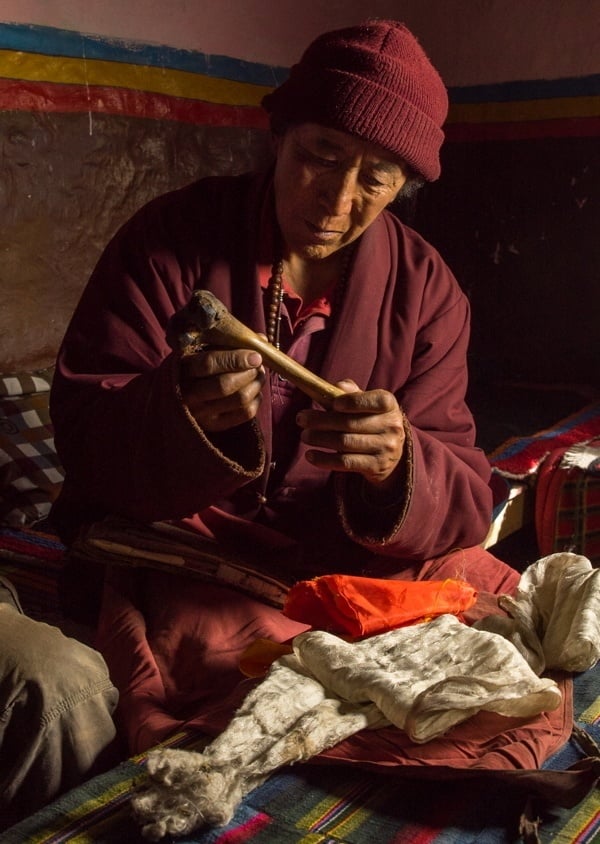 Animal Planet Pemba, an Amche or traditional healer, with claimed Yeti bone in the Upper Mustang region of the Nepalese Himalayas.

Recently, an Amche (traditional Nepalese healer) named Pemba of the Upper Mustang region of the Himalayas claimed to have found a dead Yeti in its cave. He then claims to have taken a bone from the Yeti’s right leg.

Now, celebrity veterinary surgeon Dr. Mark Evans, as part of Animal Planet’s upcoming Yeti or Not special, plans to test the bone for DNA evidence, hoping to prove once and for all that the unbelievable Yeti does in fact exist.

Next, check out five of the craziest bigfoot traps made by the men hunting the creature in North America. Then, check out seven cryptids even cooler than bigfoot.