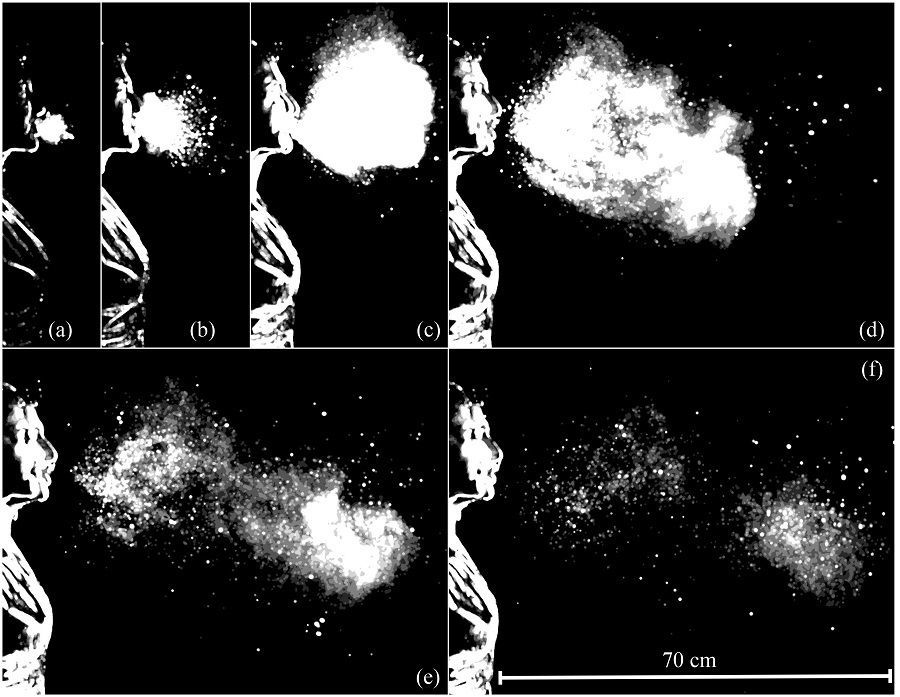 This sequence illustrates the evolution of the multiphase turbulence cloud that suspends droplets emitted during a sneeze. Shown here are times ranging from 7 to 340 milliseconds post sneeze onset. Image Source: From the paper, “Visualization of sneeze ejecta: steps of fluid fragmentation leading to respiratory droplets,” by B. E. Scharfman, A. H. Techet, J. W. M. Bush, L. Bourouiba.

You thought — understandably so — that sneezing was gross when it seemed as if it was only a light spray of air and mucus. However, the high-speed cameras used during a recent study at MIT reveal that, when we sneeze, we actually expel a sheet of fluid.

The results continue: “As a person sneezes, they launch a sheet of fluid that balloons, then breaks apart in long filaments that destabilize, and finally disperses as a spray of droplets, similar to paint that is flung through the air.”

Now, all this research isn’t merely meant to gross us out, but instead to better understand how infections spread and which people might have especially explosive sneezes that make them “super spreaders.”

If you didn’t think the simple sneeze was worth scientists’ time, think again. The power of the sneeze can, in just 200 milliseconds, expel sometimes dangerous germs over 200 times farther than they would have gone without it.

Watch the sneeze’s journey at MIT. 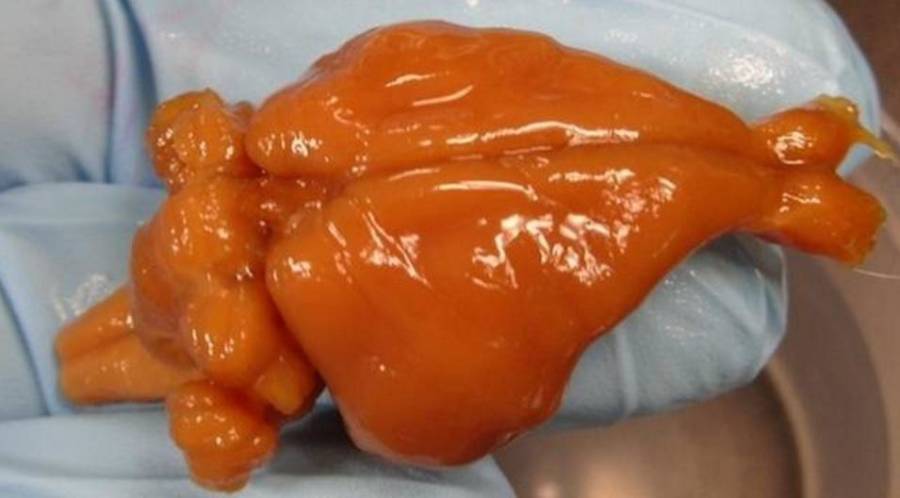 Just recently, researchers at 21st Century Medicine (21CM) successfully put a mammalian brain (in this case, one belonging to a rabbit) in cryogenic deep-freeze for the first time. The brain was kept in “near-perfect” condition, with every neuron and synapse in place.

What this means, of course, is that cryogenic freezing for humans may soon be around the corner. In the words of Kenneth Hayworth, a neuroscientist who was on the panel that awarded the 21CM researchers a prize for the work: “This research sets the stage for renewed interest within the scientific community, and offers a potential challenge to medical researchers to develop a human surgical procedure based on these successful animal experiments.”

With this experiment’s success in protecting areas of the brain associated with learning and memory, the road for human cryogenic preservation has been paved. Extending human life, beating diseases that will only be cured in the future — these things and more could soon move beyond mere science fiction. 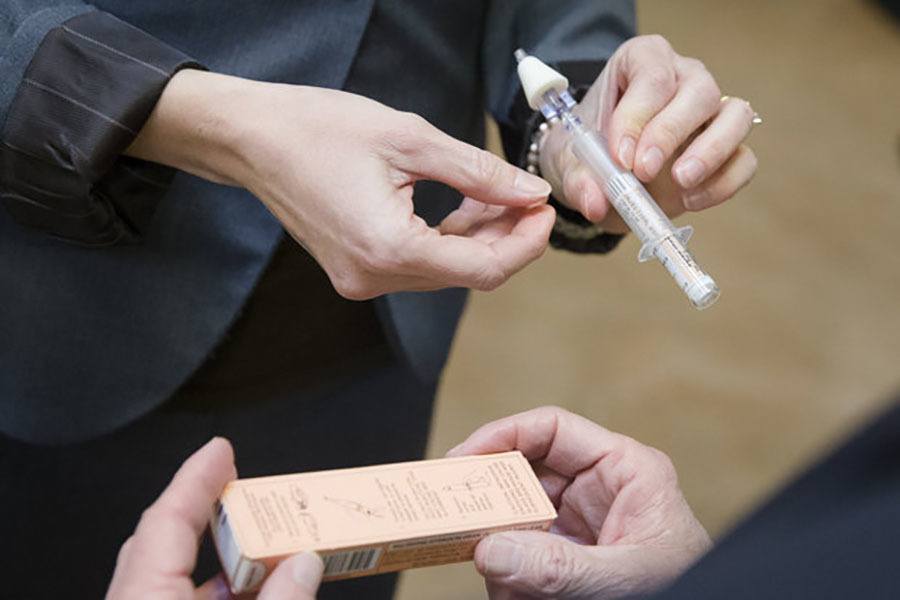 A Naloxone nasal injector is demonstrated during a news conference at the Oakley Kroger Marketplace store. Image Source: AP/John Minchillo

You go to the grocery for milk and eggs — and as of Friday, you can now purchase a prescription-free heroin antidote at Kroger. Last week, the Ohio-based grocery chain announced that it would make overdose-reversal drug naloxene available sans prescription at Ohio and Northern Kentucky stores (approximately 200 stores), the Associated Press reported.

The region Kroger will cover has been particularly hard hit by the burgeoning drug epidemic, with the AP reporting that opioid-related deaths in Ohio jumped 18 percent in 2014, one of the sharpest increases in the country.

In light of that, Kroger vice president of merchandising Jeff Talbot said that “We want families dealing with addiction to know that they can count on having the drug available in the event they need it.”

Kroger’s announcement comes in on the tails of pharmacy CVS’ statement that it would offer prescription-free naloxene at its Ohio pharmacies.