Did you know that Americans spend $700 million a year on V-Day gifts for their pets? Read on for more strange Valentine's Day facts.

Whether you love the holiday for its sentimentalism, or loathe it for commoditizing intimacy, Valentine’s Day is hard to ignore. Learn a little bit more about the billion-dollar holiday with us as we prepare for yet another onslaught of cards, flowers and candy with these little-known Valentine’s Day facts: 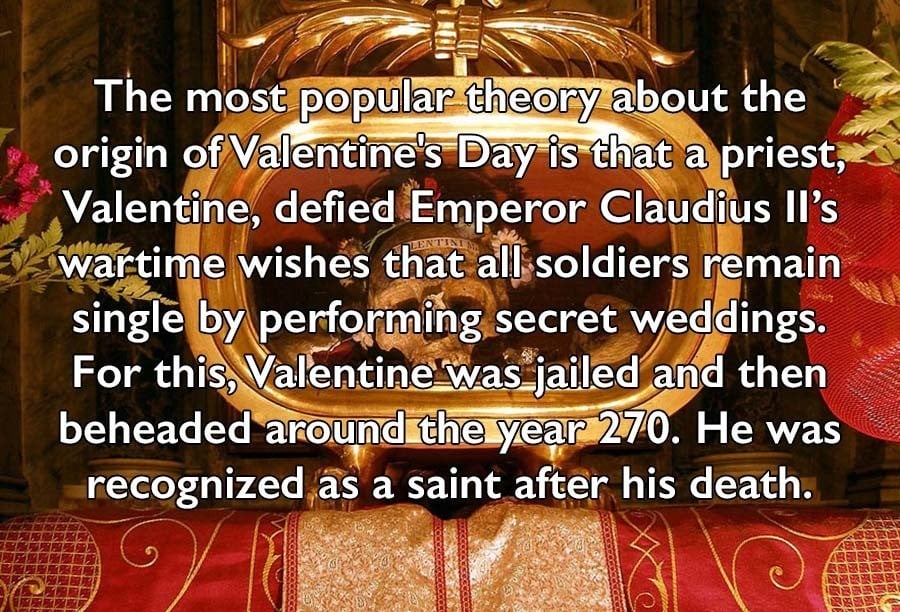 The most popular theory about Valentine's Day origin is that Bishop Valentine went against Emperor Claudius II’s wishes and performed secret weddings during war time. For this, Valentine was jailed and the beheaded around the year 270. He was recognized as a saint after his death.Wikimedia Commons 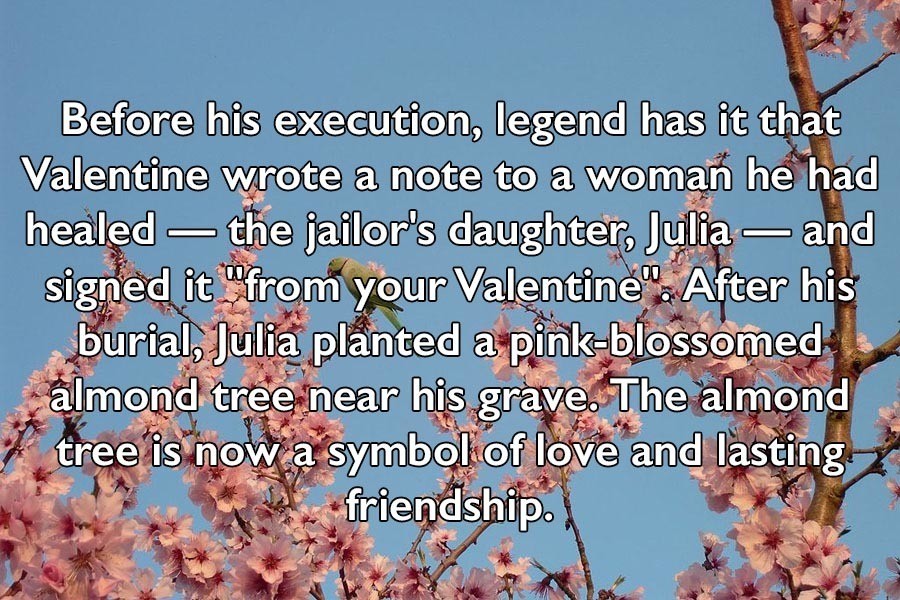 Before his execution, legend has it that Valentine wrote a note to a woman he had head -- the jailer's daughter -- and had signed it "From your Valentine". After his burial, Julia planted a pink-blossomed almond tree near his grave. The almond tree is now a symbol of love and lasting friendship.Wikimedia Commons 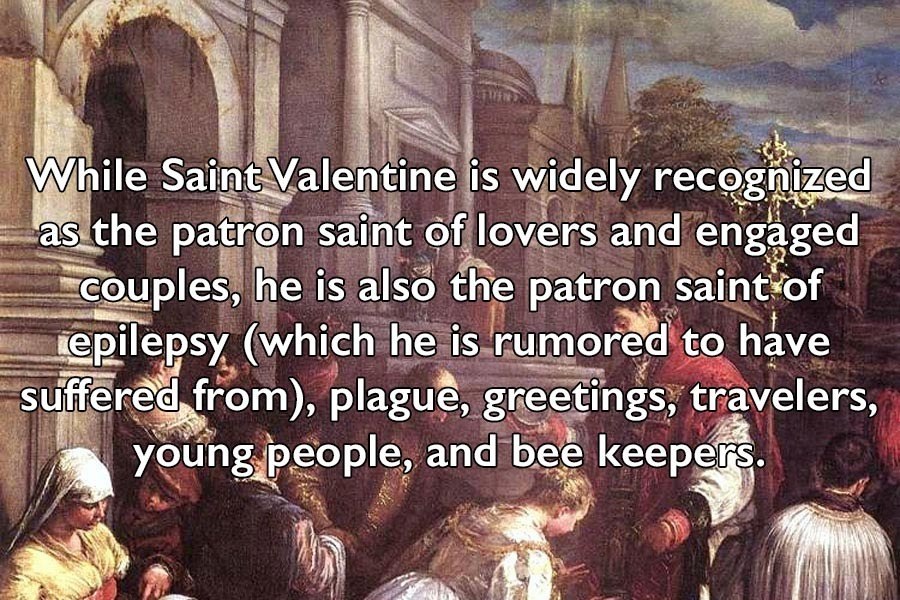 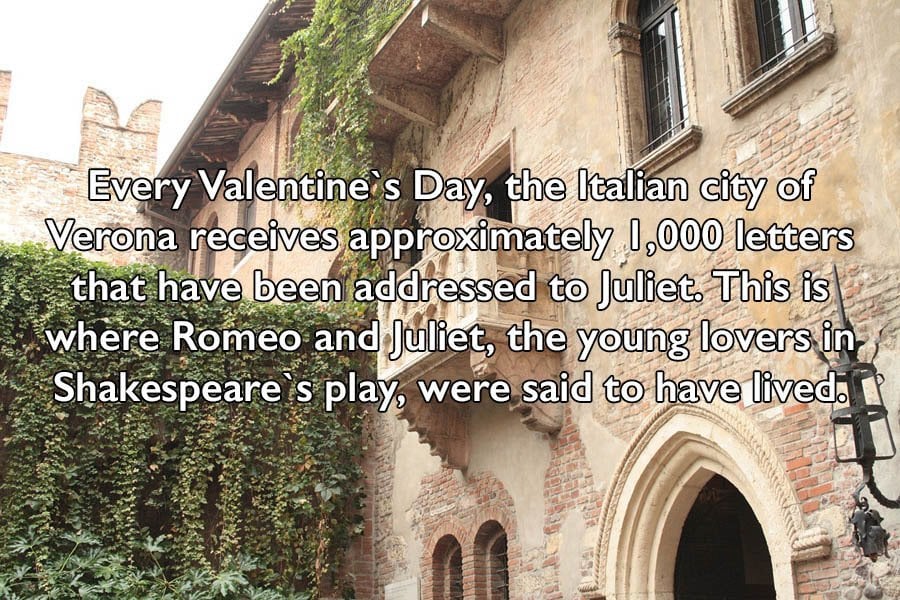 Every Valentine`s Day, the Italian city of Verona receives approximately 1,000 letters that have been addressed to Juliet. This is where Romeo and Juliet, the young lovers in Shakespeare`s play, were said to have lived.Pixabay 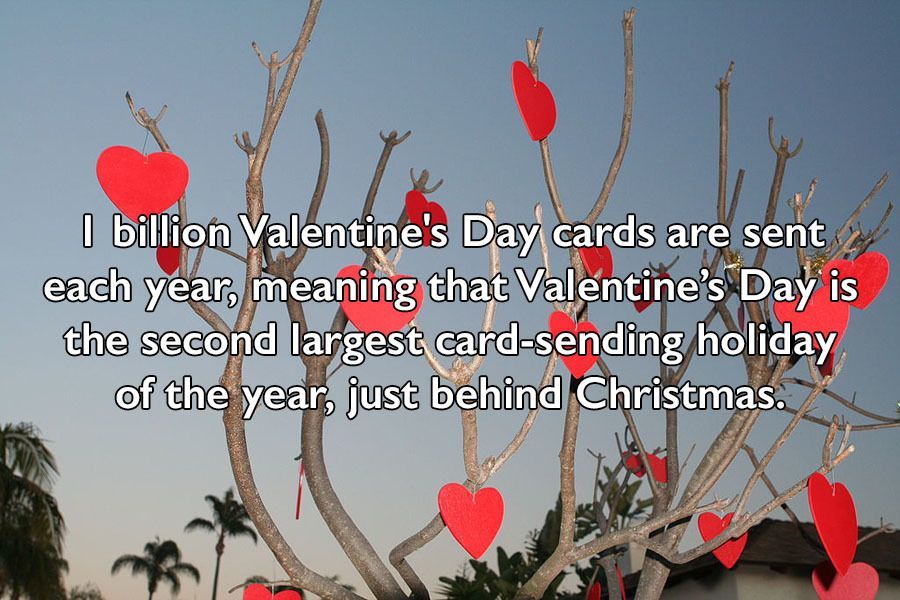 1 billion Valentine’s Day cards are sent each year, meaning that Valentine's Day is the second largest card-sending holiday of the year, just behind Christmas.Wikimedia Commons 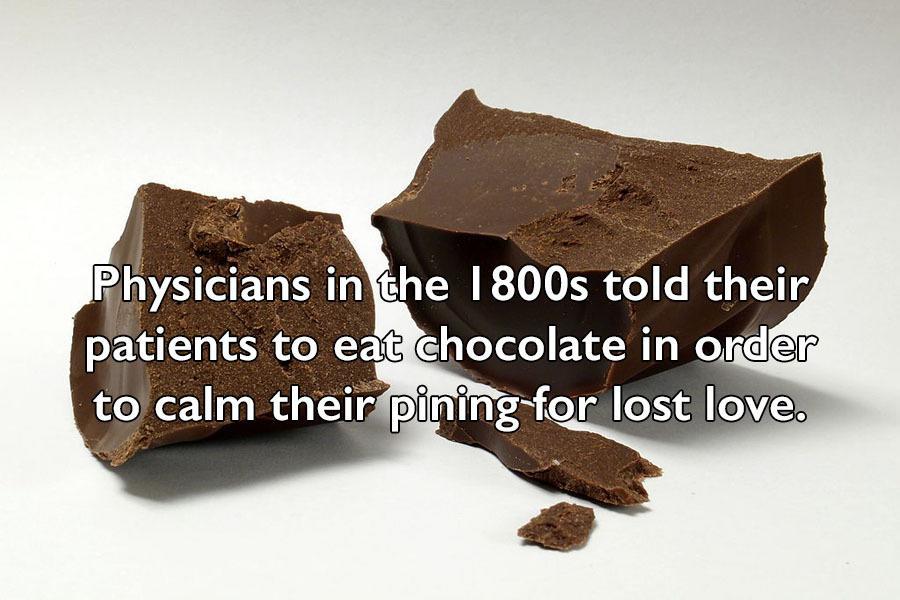 Physicians in the 1800s told their patients to eat chocolate in order to calm their pining for lost love.Wikimedia Commons 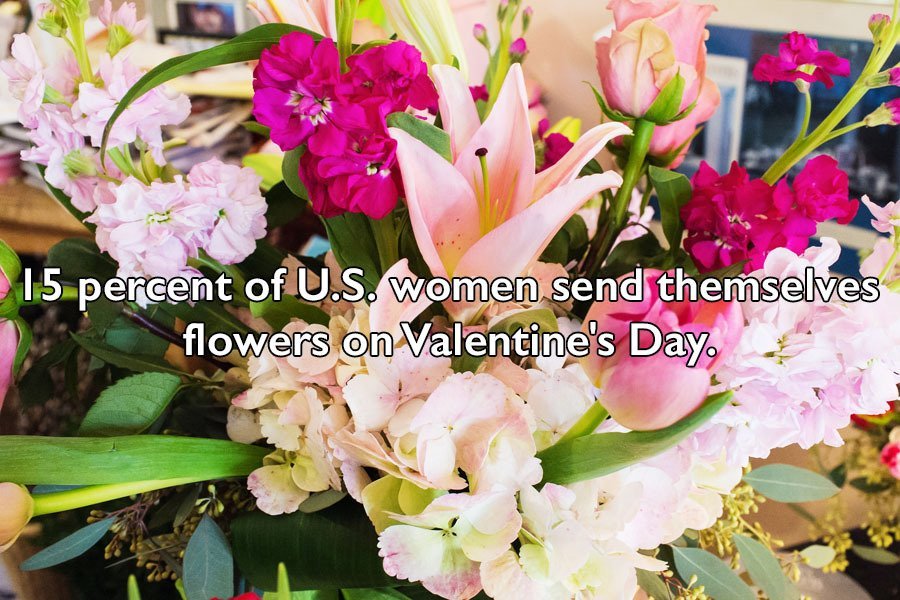 15 percent of U.S. women send themselves flowers on Valentine's Day.Flickr/Ralph and Jenny 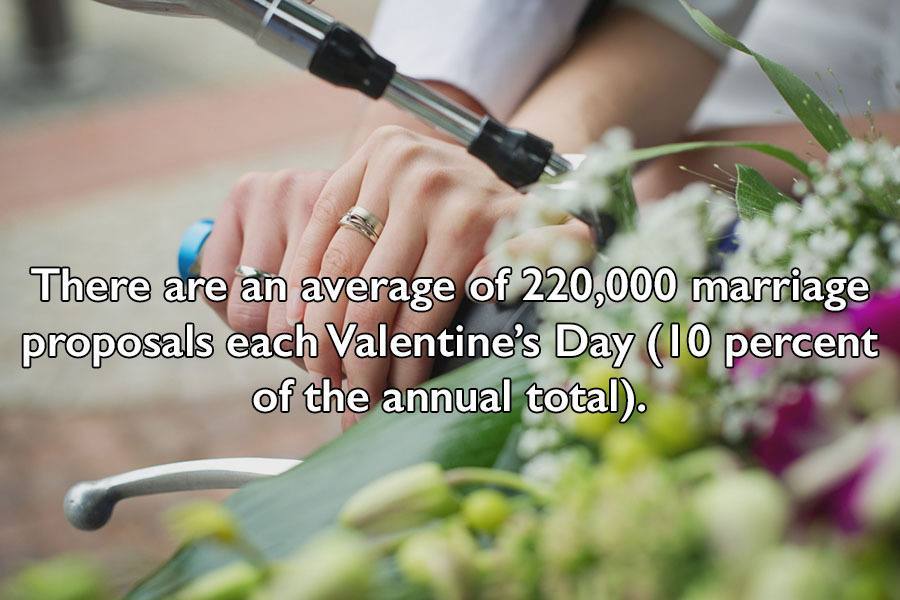 There are an average of 220,000 marriage proposals each Valentine's Day (10 percent of the annual total).Pixabay 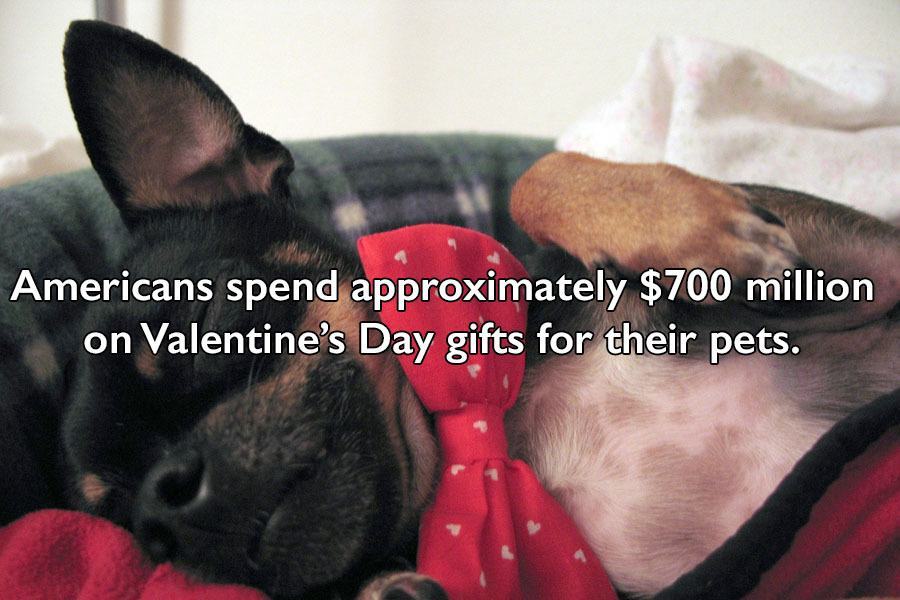 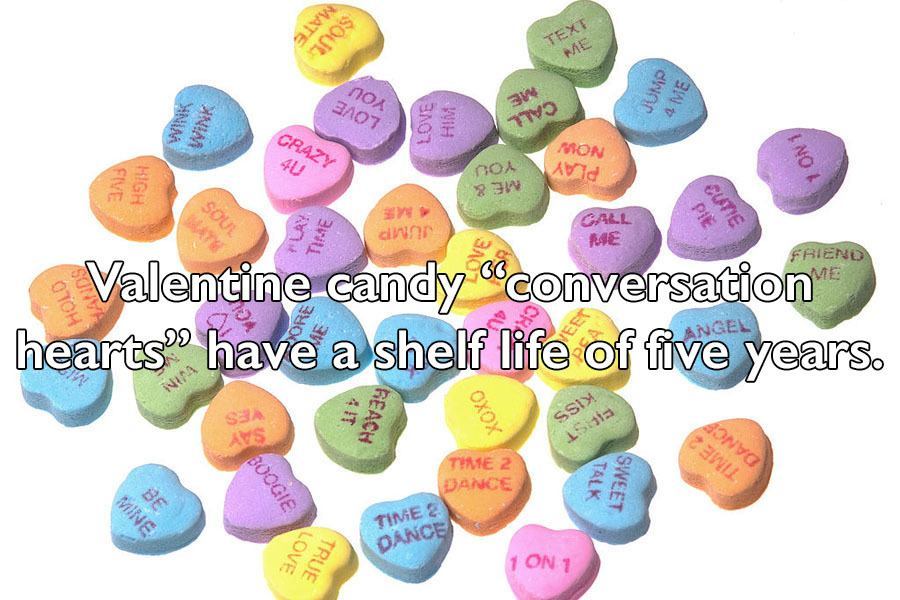 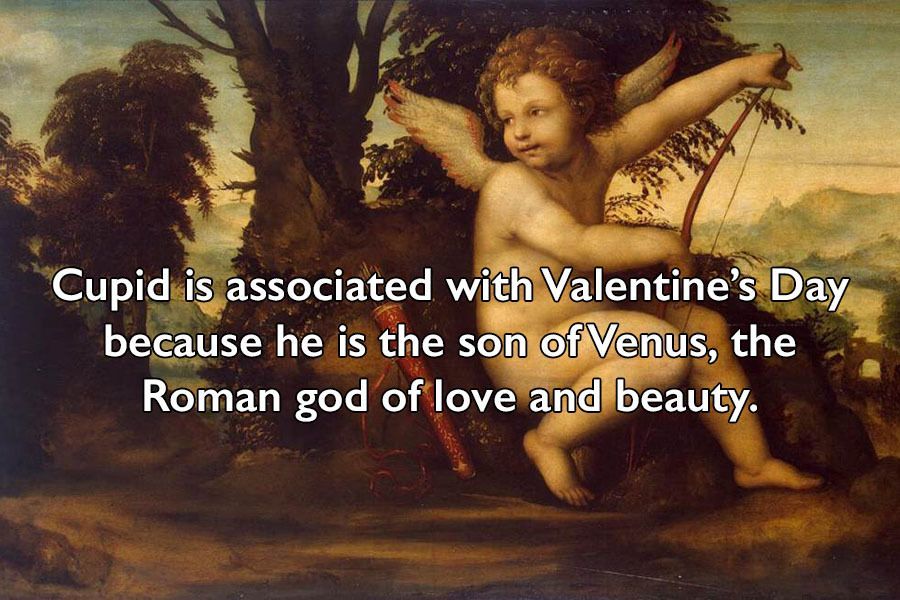 Cupid is associated with Valentine’s Day because he was the son of Venus, the Roman god of love and beauty.Wikimedia Commons 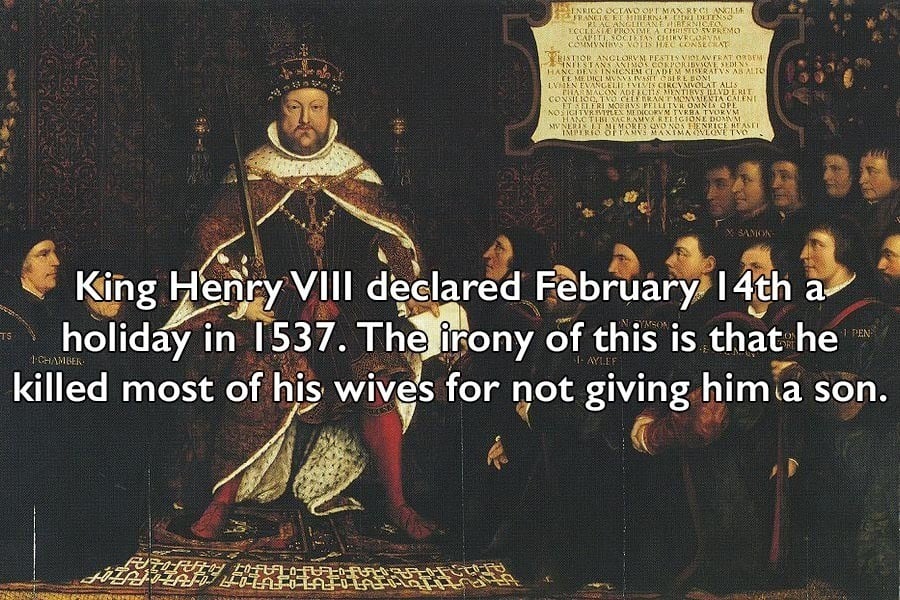 King Henry VIII declared February 14th a holiday in 1537. The irony of this is that he killed most of his wives for not giving him a son.Wikimedia Commons 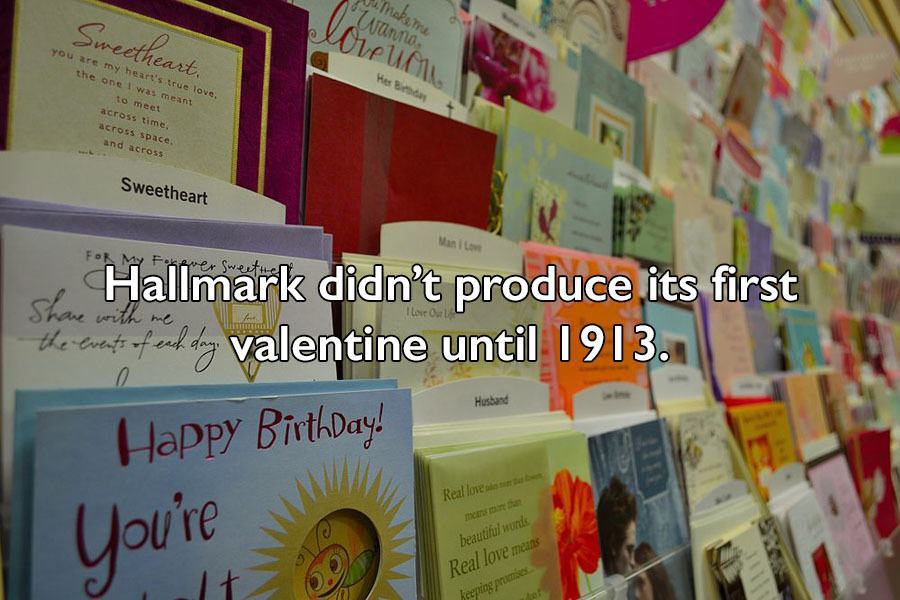 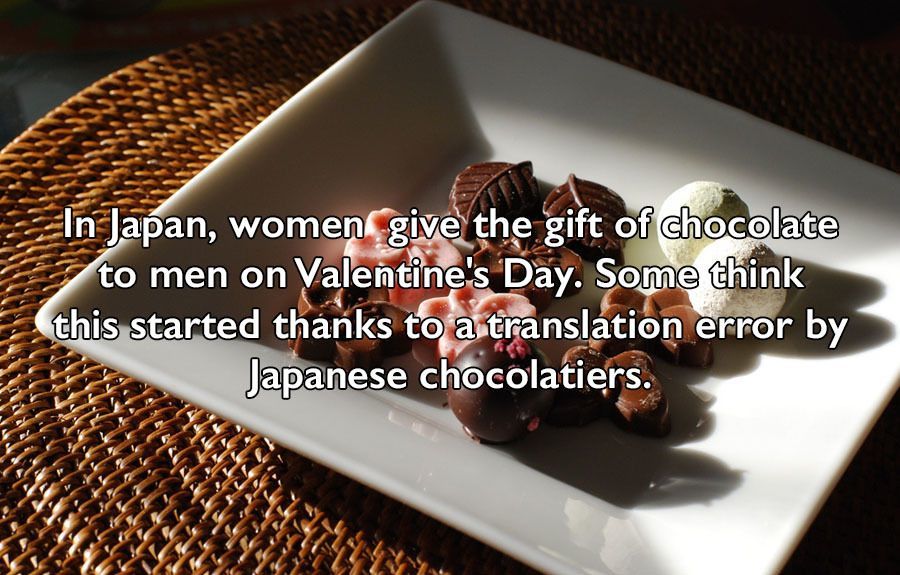 -In Japan, women are expected to give the gift of chocolate to men on Valentine;s Day. Some think this started thanks to a translation error by Japanese chocolatiers.Flickr/Ken Lee 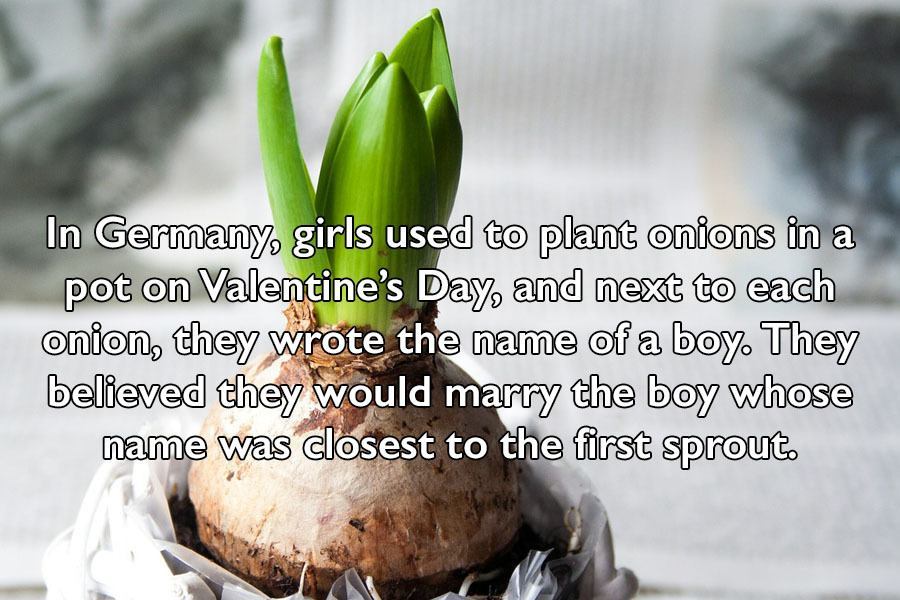 -In Germany, girls used to plant onions in a pot on Valentine’s Day, and next to each onion, they wrote the name of a boy. They believed they would marry the boy who was closest to the first sprout. 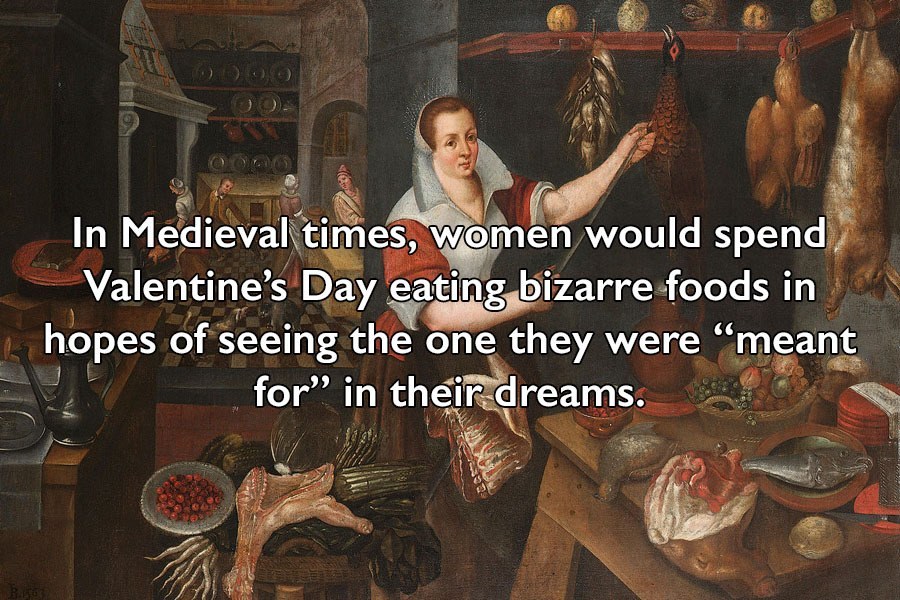 In Medieval times, women would spend Valentine's Day eating bizarre foods in hopes of seeing the one they were "meant for" in their dreams.Wikimedia Commons 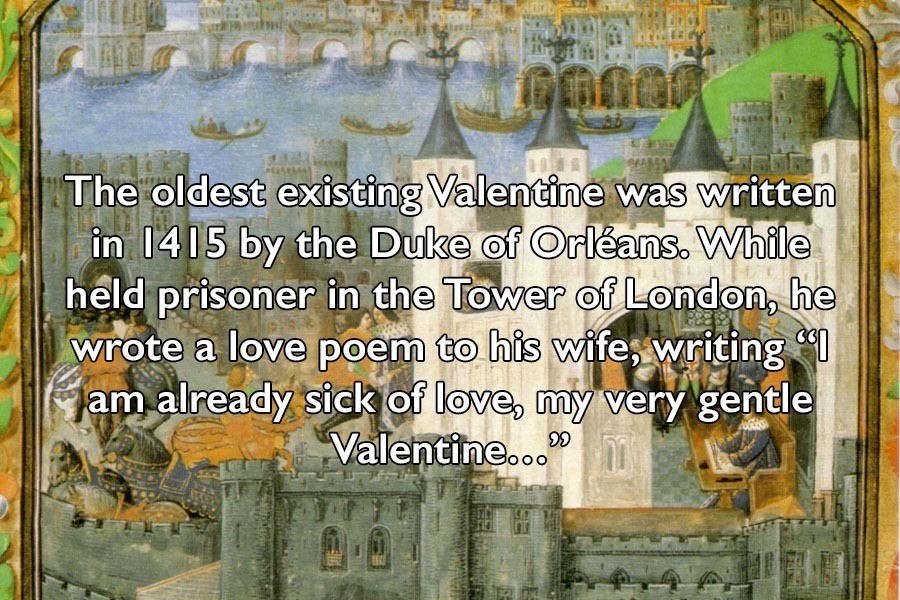 The oldest existing Valentine was written in 1415 by the Duke of Orleans. While held prisoner in the Tower of London, he wrote a love poem to his wife, writing "I am already sick of live, my very gentle Valentine..."Wikimedia Commons 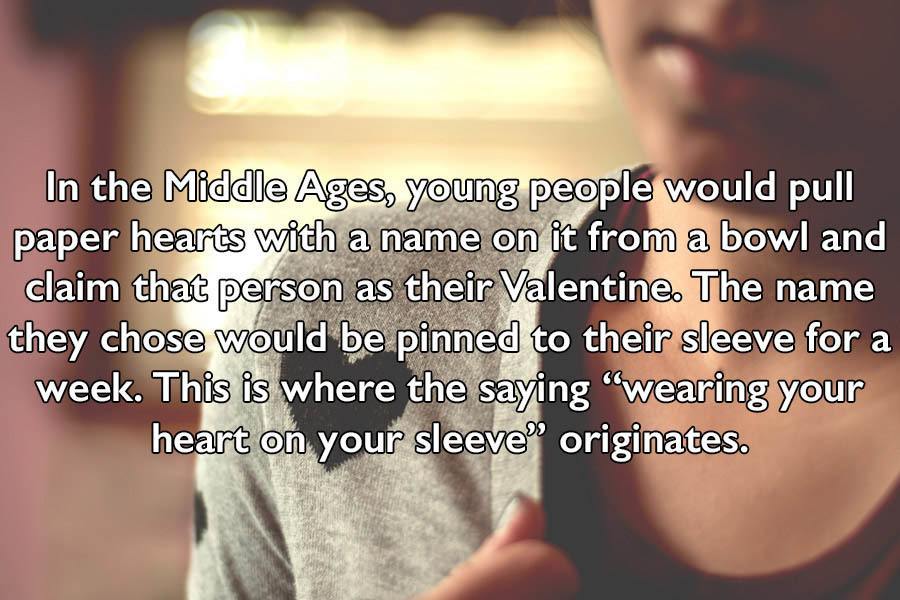 In the Middle Ages, young people would pull paper hearts with a name on it from a bowl and claim that person as their Valentine. The name they chose would be pinned to their sleeve for a week. This is where the saying “wearing your heart on your sleeve” originates.Flickr/Sophia D 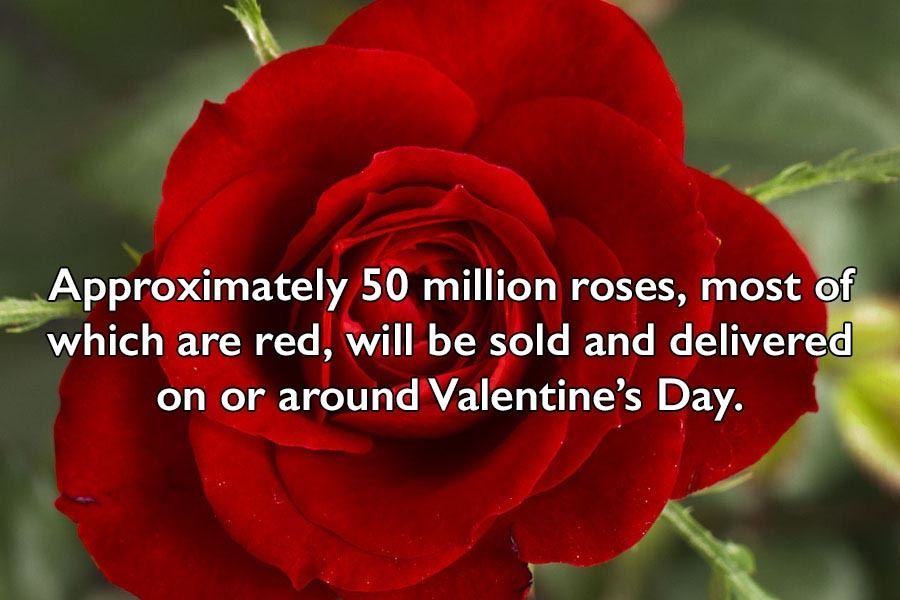 Approximately 50 million roses, most of which are red, will be sold and delivered on or around Valentine’s Day.Wikimedia Commons 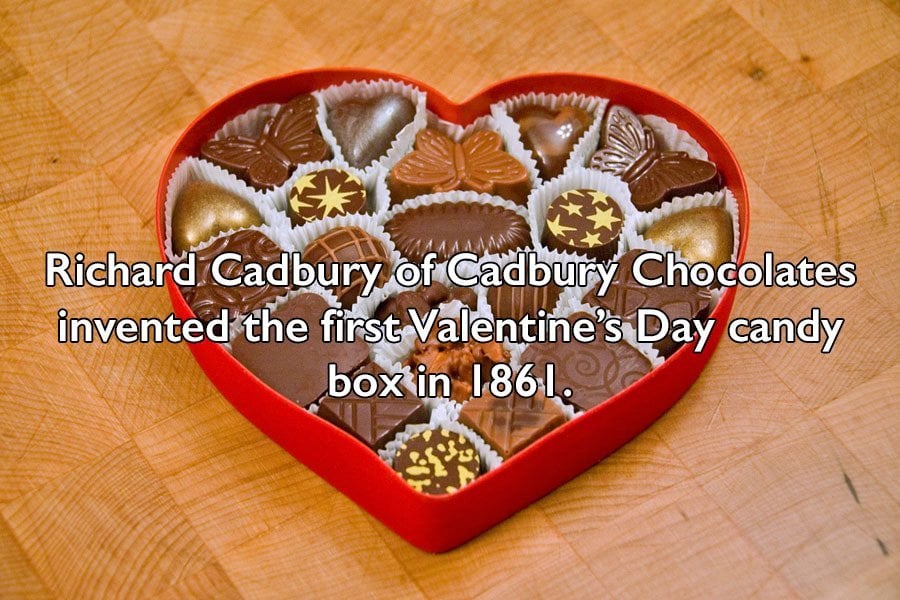 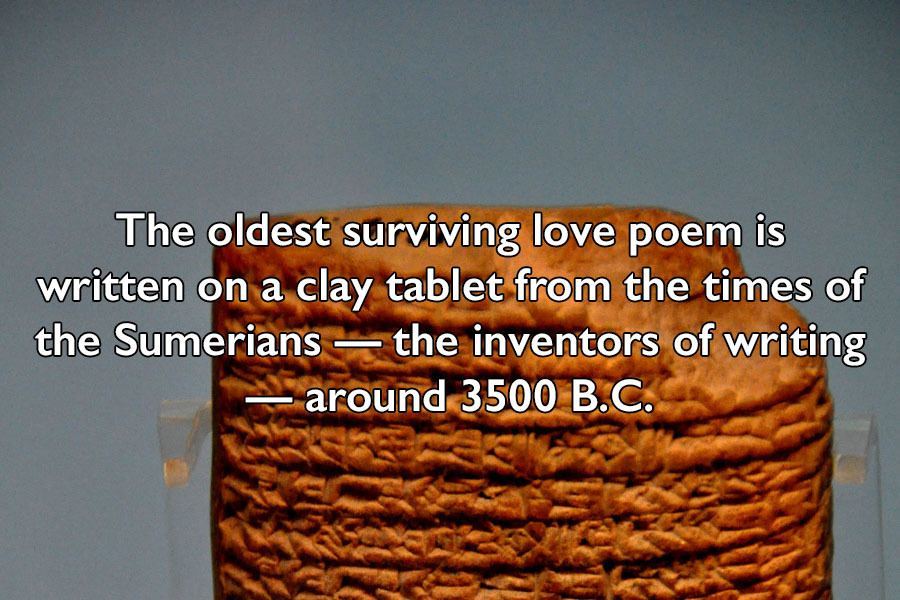 The oldest surviving love poem was written on a clay tablet from the times of the Sumerians -- the inventors of writing -- around 3500 B.C.Ancient History Encyclopedia 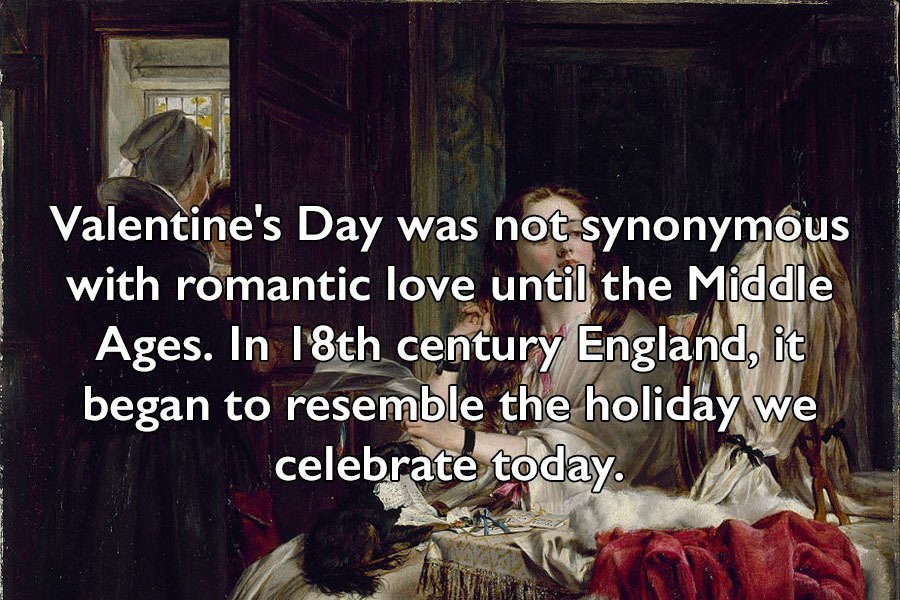 Valentine's Day was not synonymous with romantic love until the Middle Ages. In 18th century England, it began to resemble the holiday we celebrate today.Wikimedia Commons 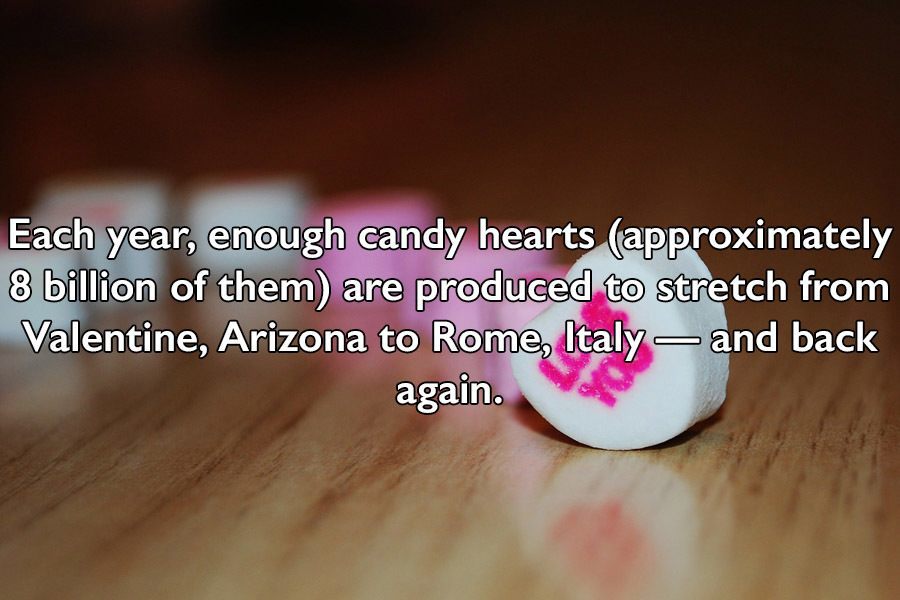 Each year, enough candy hearts (approximately 8 billion of them) are produced to stretch from Valentine, Arizona to Rome, Italy -- and bakc again.Pixabay

Enjoy these Valentine's Day facts? Check out these 99 facts that will blow your mind.