Your World This Week, Volume V 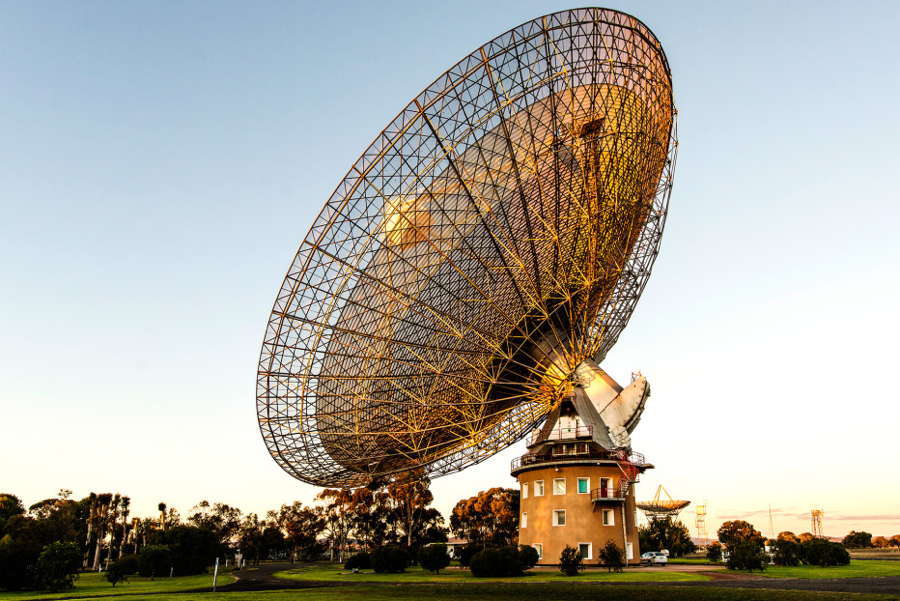 The Parkes Telescope in New South Wales, Australia will be an instrumental component of the search for intelligent life in space. Source: Andrew Bertuleit/Corbis

While X-Files’ return marks renewed pop culture interest in the extraterrestrial, one Russian billionaire has just embarked on a quest to discover real-life ETs.

This past weekend, Yuri Milner–a Russian billionaire who acquired his fame and substantial bank account through a number of smart investments–announced that he would invest $100 million into a ten-year initiative meant to scour space for intelligent alien signs.

According to a report from Wired, the “key purchase will be significant observation time on two of the world’s most powerful radio telescopes, which will cover 10 times more sky than previous searches and scan the entire 1-to-10 gHz range, the quiet zone in the spectrum where radio waves are unobscured by cosmic sources or Earth’s atmosphere.” This area is presumably where intelligent aliens would know to broadcast if they want anyone to hear them, says Wired.

#IfIDieInPoliceCustody ask every question, and know that I did not end my own life. And protest in the spirit of the founding fathers.

Texas law enforcement officials report that 28-year-old Sandra Bland is no longer alive because she hanged herself with a plastic bag–but some on Twitter aren’t too sure if that’s true.

Earlier in July, Bland–an African American–failed to signal a lane change and was taken into police custody on a charge of assaulting a public servant after being “argumentative and uncooperative,” according to the Texas Department of Public Safety.

Two days later, Bland was reported to have killed herself. Before her death, CNN reports that cell phone video began to circulate on social media, purporting to show officers “pinning Bland to the ground,” with Bland’s family saying that the idea the Bland would commit suicide is “unfathomable.”

Taken together, along with highly-publicized footage of excessive police force against racial minorities, many have expressed doubt about the veracity of Texas law enforcement’s claims.

On Twitter, some have used the phrase “If I die in police custody” to mourn Bland’s death and voice their fears and frustrations with an excessively aggressive police state. See more at CNN.

#IfIDieInPoliceCustody question everything. Don't believe a word they say. Demand the truth by any means necessary.

#IfIDieInPoliceCustody tell the media to use the 1st pic and not the 2nd pic.twitter.com/KIe4pRcnPH

The Cuban Embassy in Washington, D.C. (left) and the U.S. Embassy in Havana (right)

Today, for the first time in 54 years, the Cuban flag will fly over Washington, D.C. As part of the ongoing restoration of relations between Cuba and the United States, the two countries will re-open their embassies in each other’s capitals.

While the U.S. embassy in Havana will indeed re-open today as well, that flag-raising will have to wait until Secretary of State John Kerry’s visit in August. Kerry will become the highest-level U.S. official to visit Cuba since its communist revolution in 1959.

Over the next 20 or so years, the height of the Cold War, relations between the two countries were in tatters. Then, in 1977, both countries established Interests Sections, diplomatic missions a step below embassies, within each other’s borders. However, the U.S. Interests Section in Havana only seemed to attract trouble, including extensive surveillance, protesting, and intimidation (one former section chief used to find tarantulas that had been planted in his bedroom).

But today, a new era has begun. In the words of former Interests Section chief John Caulfield, “Even if we don’t have a normal relationship, we have a formal relationship.” Hear from more of the key players and get the full story at CNN.