The 6,000-foot mountaintop once held temples, the homes of rulers, and a games court. 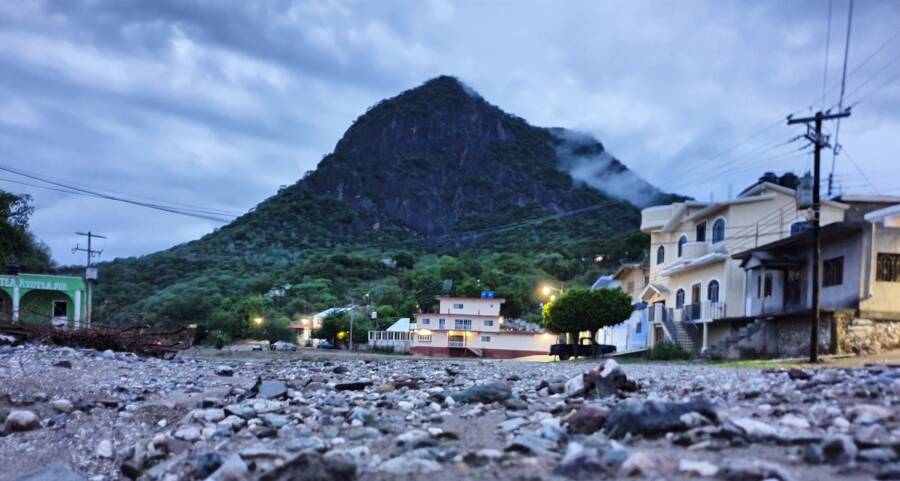 According to the BBC, the find consisted of two pre-Hispanic stone monuments carved into the mountain. Located at a strategic point on the Puebla state mountain’s peak, archaeologists had to traverse a steep, two-and-a-half-hour hike to get there.

Built by the Zapotecs, who lived in the southern highlands of Mexico before Spain’s conquest of the region, the site once hosted a ceremonial area, games court, and seven-step pyramids. According to Ancient Origins, the carvings suggest this site was dedicated to the god of the underworld.

Believed by experts to have been hidden since the sixth century, the promising find could shed new light on the history and culture of Mesoamerica before the disastrous arrival of the Conquistadors. 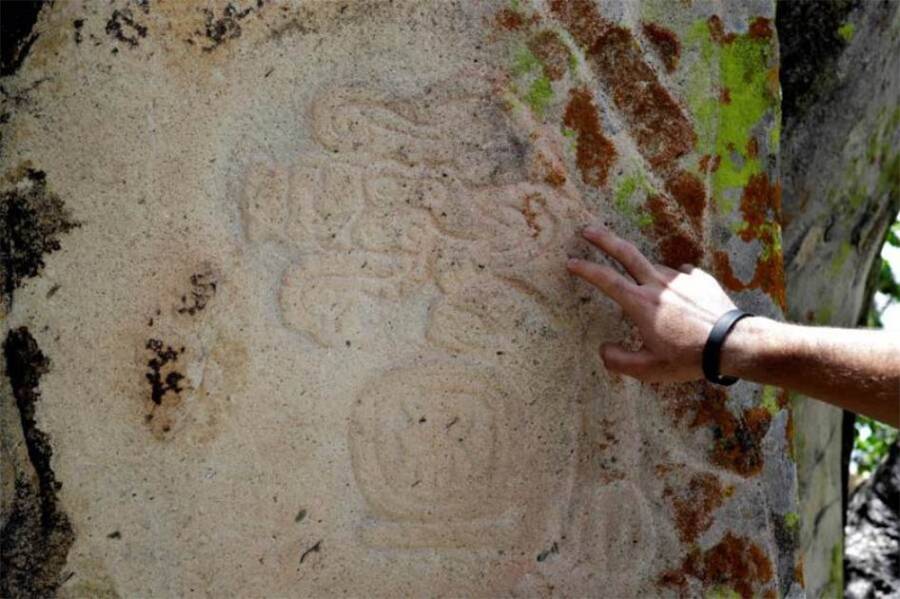 The Yucatan TimesTwo etched stone panels, or stelae, were found with carvings that depict animals and figures.

This particular region of Mexico holds a remarkable abundance of ancient ruins and archaeological sites. After making the treacherous climb up Cerro de Peña, researchers from Mexico’s National Institute of Anthropology and History (INAH) excitedly began putting the puzzle pieces together.

INAH’s José Alfredo Arellanes said this mountaintop site was formerly a ceremonial area that was flanked by temples and the homes of Zapotec rulers.

The games court would have been used to play pelota, a sport with tremendous social and ceremonial value that involved a heavy rubber ball. Similar to basketball, the goal was to toss the ball through a hoop — though players used their hips instead of their hands to do so. 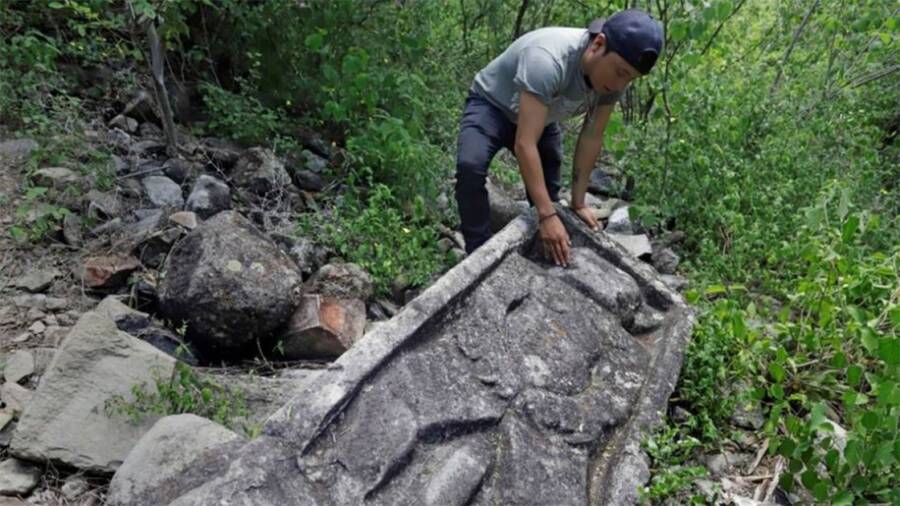 EFEExperts are currently pondering whether or not this female figure that appears bat-like was a goddess.

Alongside the two carved stone panels, or stelae, experts found smaller stones that were also purposefully etched into. Arellanes explained that these were all remarkably well-preserved and that among the wealth of discoveries “87 glyphs, or symbols, have been found so far.”

Some of the depictions are of horned animals and figures, including eagles and iguanas. One of the larger carvings seems to depict a woman that resembles a bat — and could potentially be of an ancient goddess. 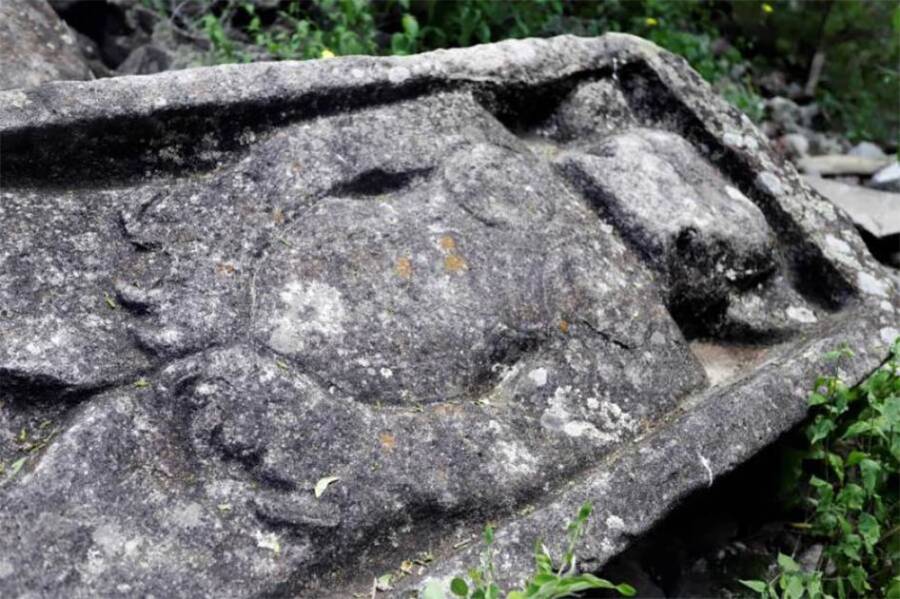 EFEModern Zapotec communities exist all over Mexico, with locals claiming they were proud to share their discovery.

The Zapotecs emerged from the Oaxaca Valley and are commonly referred to as the “Cloud People.” They made their home in the highlands of the continent and established a distinctive writing system. By implementing cultural and religious practices into their social life, they flourished.

These ancients established a substantial state centered on the now-ruinous Monte Alban city more than 2,000 years ago. Zapotec society became so independent that they thrived for centuries and even repeatedly defended themselves successfully against the Aztecs.

The polytheistic religion they practiced saw them worship gods related to agriculture and wildlife, with the now-uncovered site likely an important former hub of religious and ceremonial activity. Even modern Zapotec believers, whose values have fused with Catholicism, are reverent of the find. 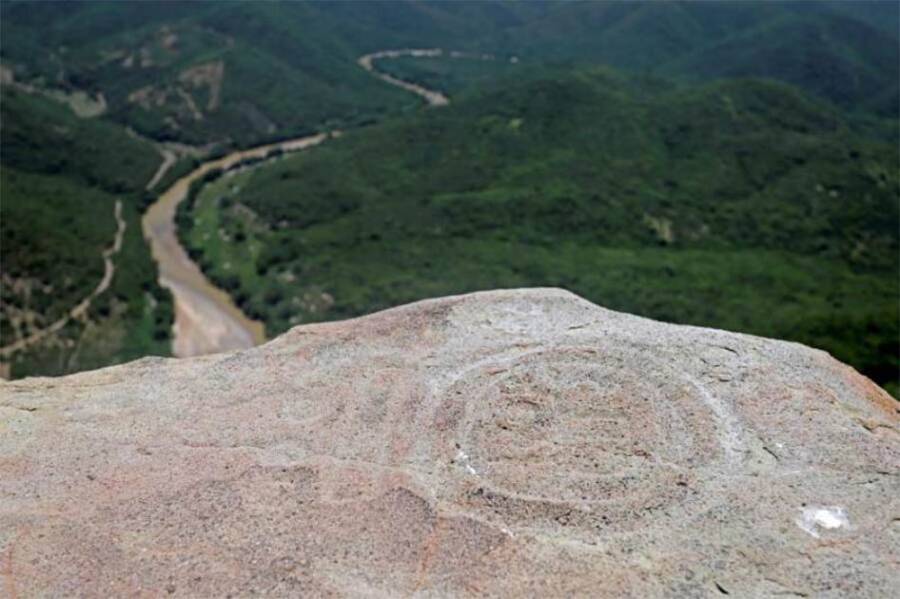 The locals who led Arellanes and his colleagues up the mountain said they were proud to have shown them the site, and experts are currently entrenched in an ongoing analysis of the finds. As for the Zapotecs, they were eventually decimated by plagues brought by the Spaniards.

Nonetheless, numerous communities of Zapotec Indians who cherish their lineage remain in modern Mexico — with this discovery sure to mean much more to them than a collection of ancient rocks.